Continue to The Hollywood Reporter SKIP AD
You will be redirected back to your article in seconds
Skip to main content
December 3, 2019 10:03am
Logo text

When tasked with dressing the beloved March sisters in Greta Gerwig’s Little Women (out Dec. 25), Oscar-winning costume designer Jacqueline Durran was inspired by artists that captured the shifting tides of life in the 19th century.

Florence Pugh to Star in 'The Wonder' Adaptation

Florence Pugh to Star in 'The Maid' Murder Mystery for Universal

No stranger to period costume (Atonement, Anna Karenina), Durran designed dozens of outfits for the two worlds of the March girls — their bohemian utopia at home and the resilience they portrayed in the outside world.

Character-defining contrasts and color palettes were created for each sister. Durran used a fiery red and indigo blue palette for Saoirse Ronan’s Jo, an energetic, creative tomboy, and dressed her in corset-free clothes that she could move freely in. “Her evening dress for a party was as plain as it could be and undecorated, and even that feels too much for her, as she can’t wait to pull it off,” explains Durran. 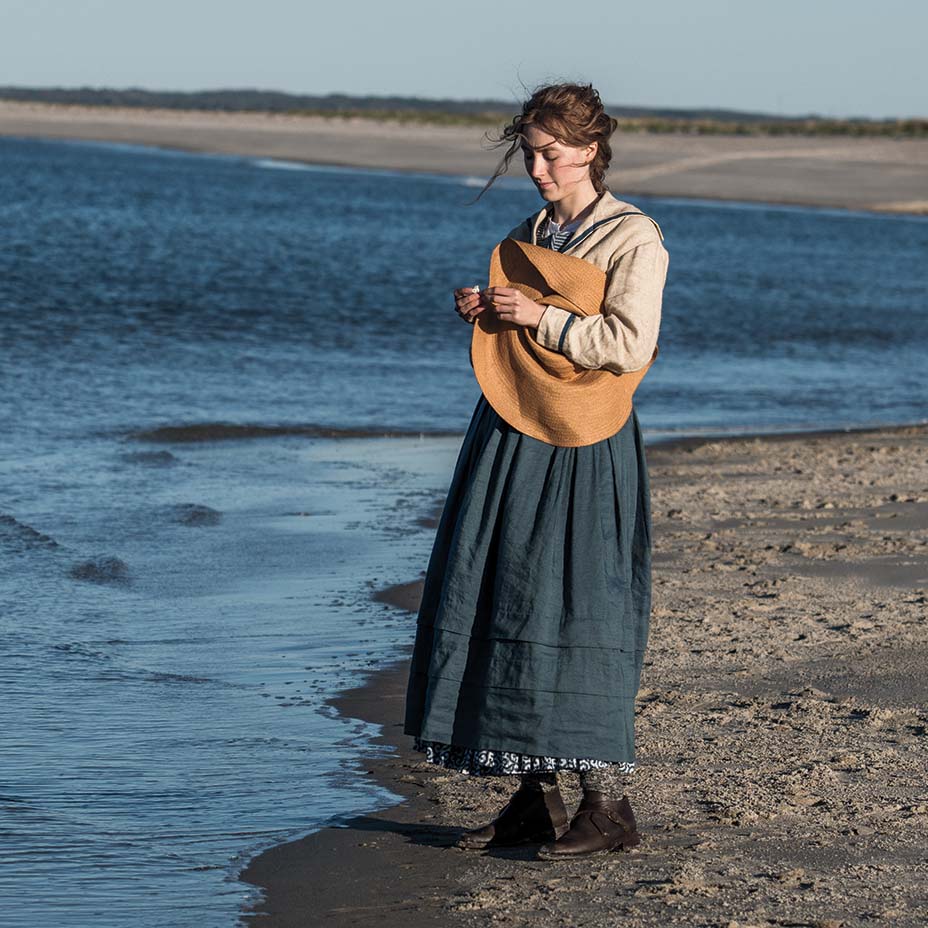 Amy (Florence Pugh) is the most image-conscious of the sisters and adopts impressionist-inspired Parisian fashion in Europe with her aunt. Durran opted for light blue and rich tones for Amy. “She had the boldest costumes as she was the most open, showiest and would make the biggest statement in the group,” says the designer.

For oldest sister Meg (Emma Watson), who is both practical and romantic in her notions of marriage, Durran drew from Gothic Revival, pre-Raphaelite and William Morris designs in a green and lavender color palette.

Meanwhile, Beth (Eliza Scanlen), the homebody of the group, is dressed in soft pinks and browns. “She didn’t make the leap from childhood to adulthood,” says Durran.

But it was Homer’s farmlands and seascapes that Durran was drawn to. His High Tide painting inspired the film’s beach scene.

“Homer was an absolute revelation to me,” she says. “The light and the naturalness of the people in his paintings made me think about life at that time in a particular way.”