“Have I gone crazy? Are Gideon and I really the only people who are fans of the MegaGhost TV show that was on for a season from ’87 to ’88?” asked co-creator Soria, tongue somewhat in cheek, when talking about the concept behind the title. “It was always on at weird times and on strange channels, but whenever I caught it, it felt like the Saturday morning cartoon that I always wanted to see: it was spooky, creepy, demented, funny, full of cool heroes and giant monsters and action-packed. But I was never been able to find any bootleg videos of it at comic book conventions, and Internet searches would always turn up with zero results.

Sarah Harvey Joins Made Up Stories as 'The Undoing,' 'Anatomy of a Scandal' Production House Expands Into U.K.

“When Gideon and I realized that we were seemingly the only two folks on Earth that saw and vaguely remember the show, we figured that the best option was to mine our sugar cereal-addled memories and try to recreate what we think we might have seen and get what was in our heads onto the page.”

The result is a series in which “junior occultist” Martin Magus discovers a ring that allows him to summon three ghosts — which can form together to make MegaGhost, a supernatural robot that saves the world from creepy menaces and undead threats. The new collection, out this week, features the complete series, as well as additional material including the Spook House feature, sketchbook material and a previously unseen short.

“If Gideon and I are actually out of our heads and the MegaGhost show didn’t actually exist… well, maybe it should have,” Soria added.

According to Kendell, MegaGhost has “everything a comic book artist could wish for: creepy scenarios; a cast of quirky, distinct characters including heroes to root for and villains to despise, all kinds of marauding monsters; and tons of slam-bang action. I hope everyone enjoys immersing themselves in this world as much as Gabe and I enjoyed summoning it into existence.”

The MegaGhost collection will be available from Albatross Funnybooks Oct. 27. Keep reading for a sneak peek at what’s inside — if you dare. 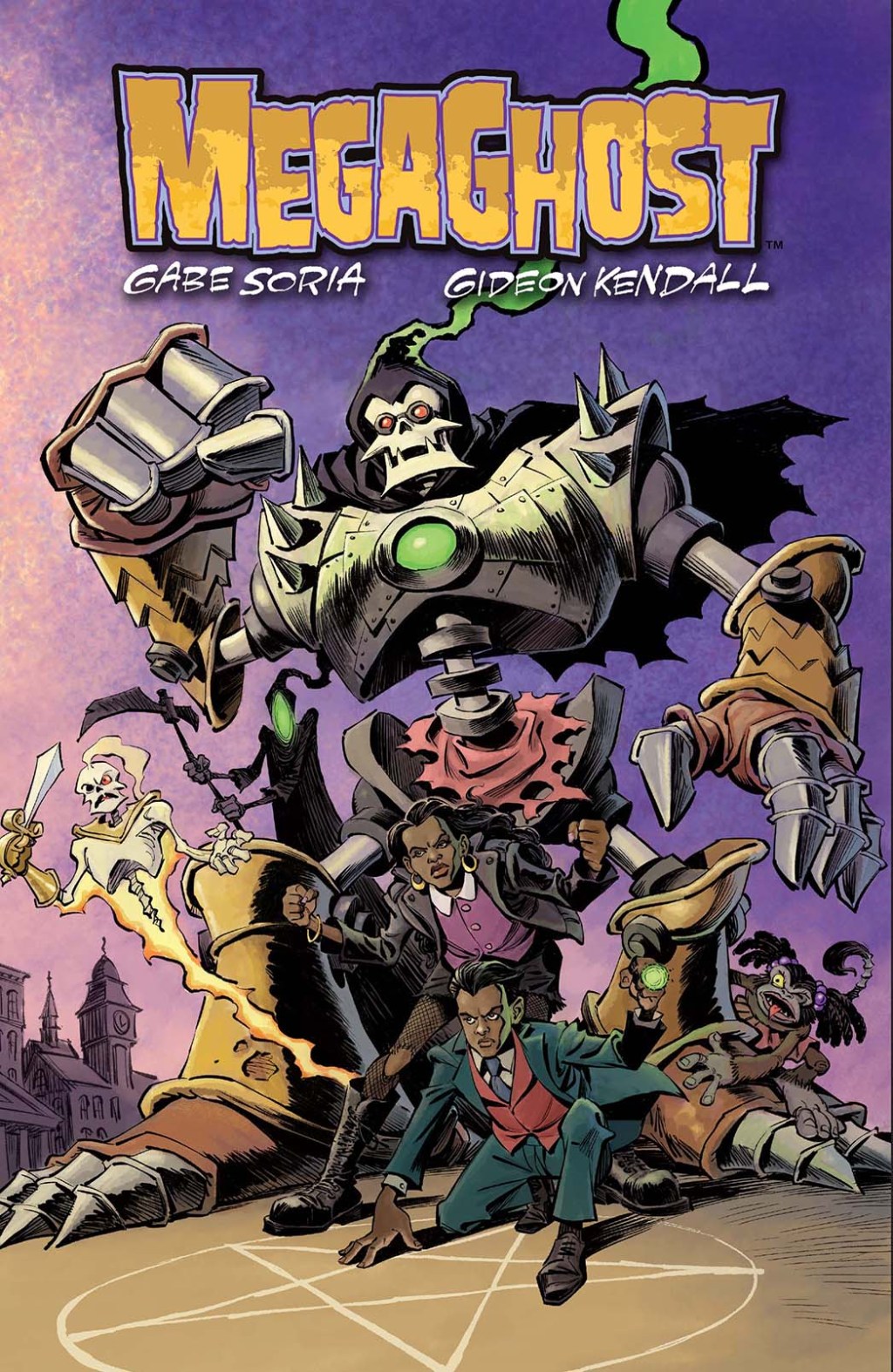 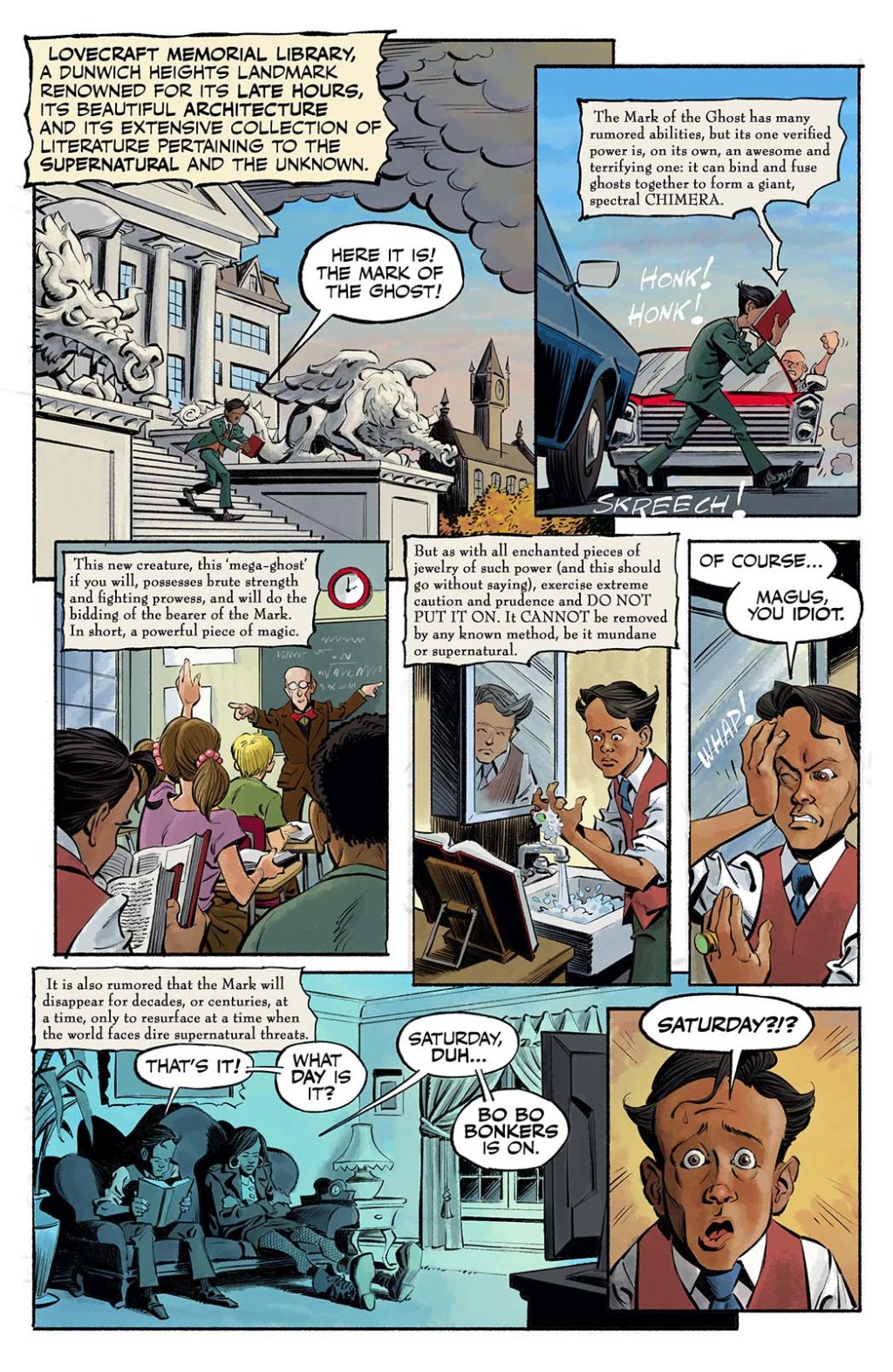 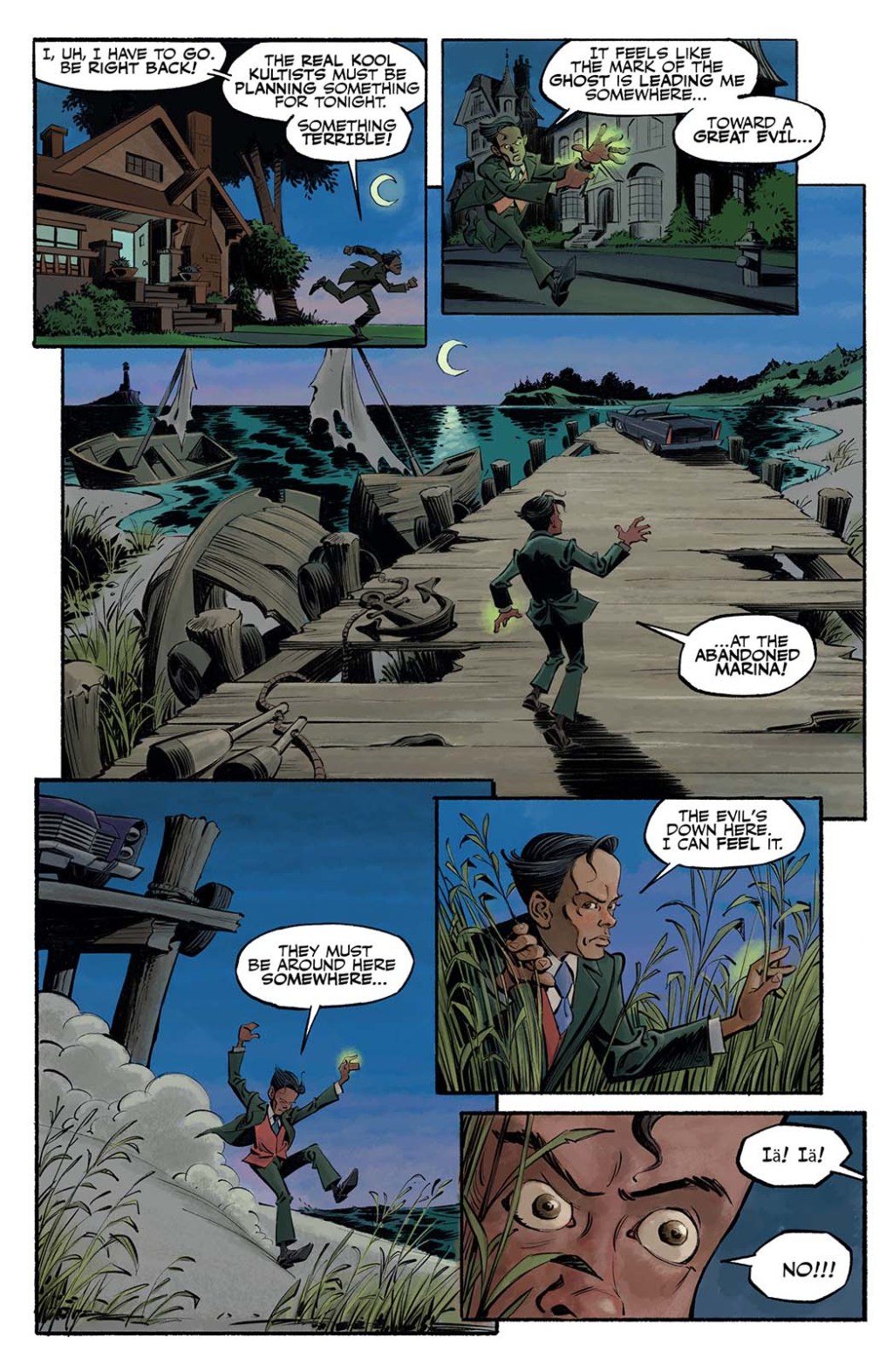 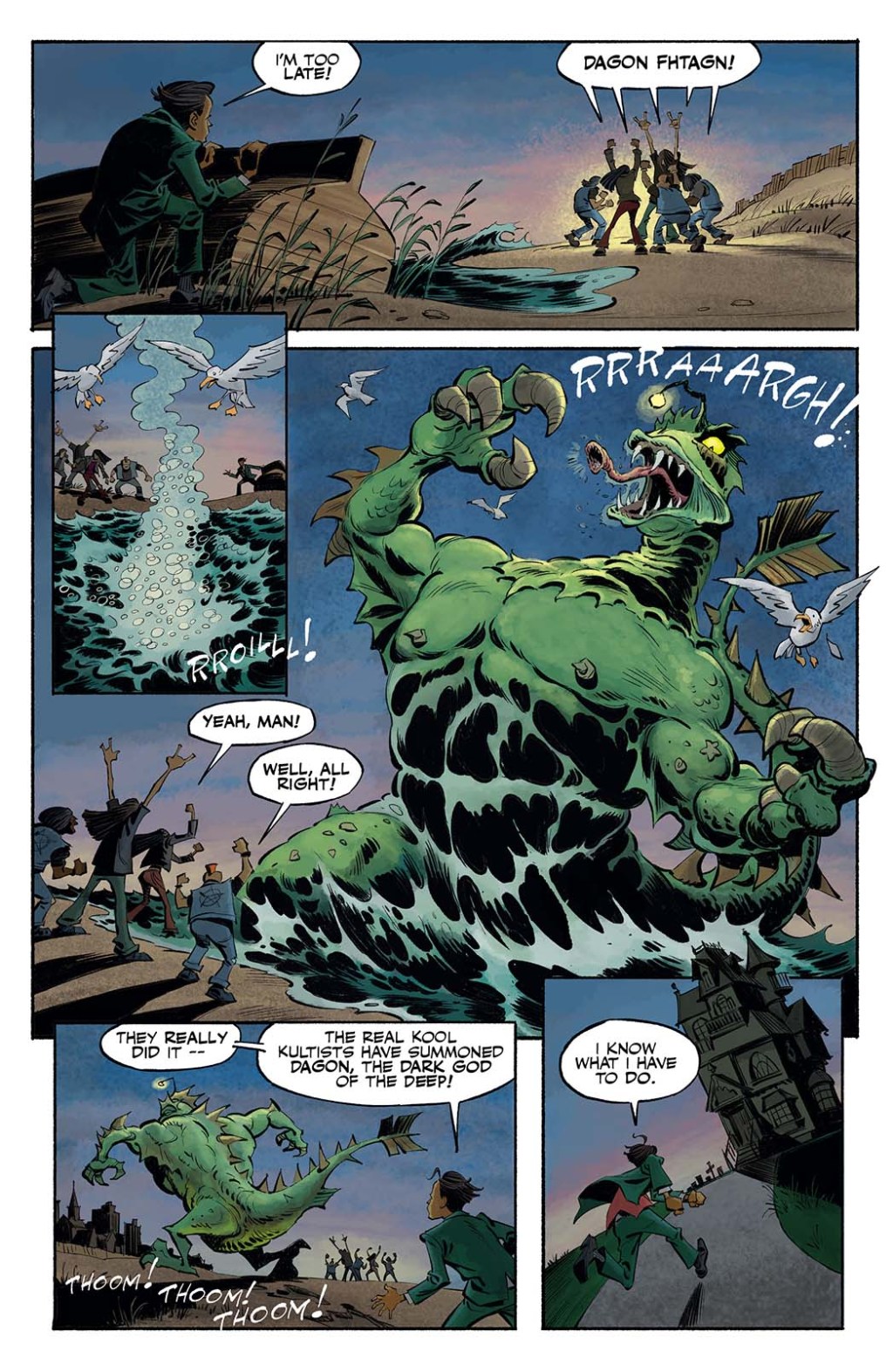 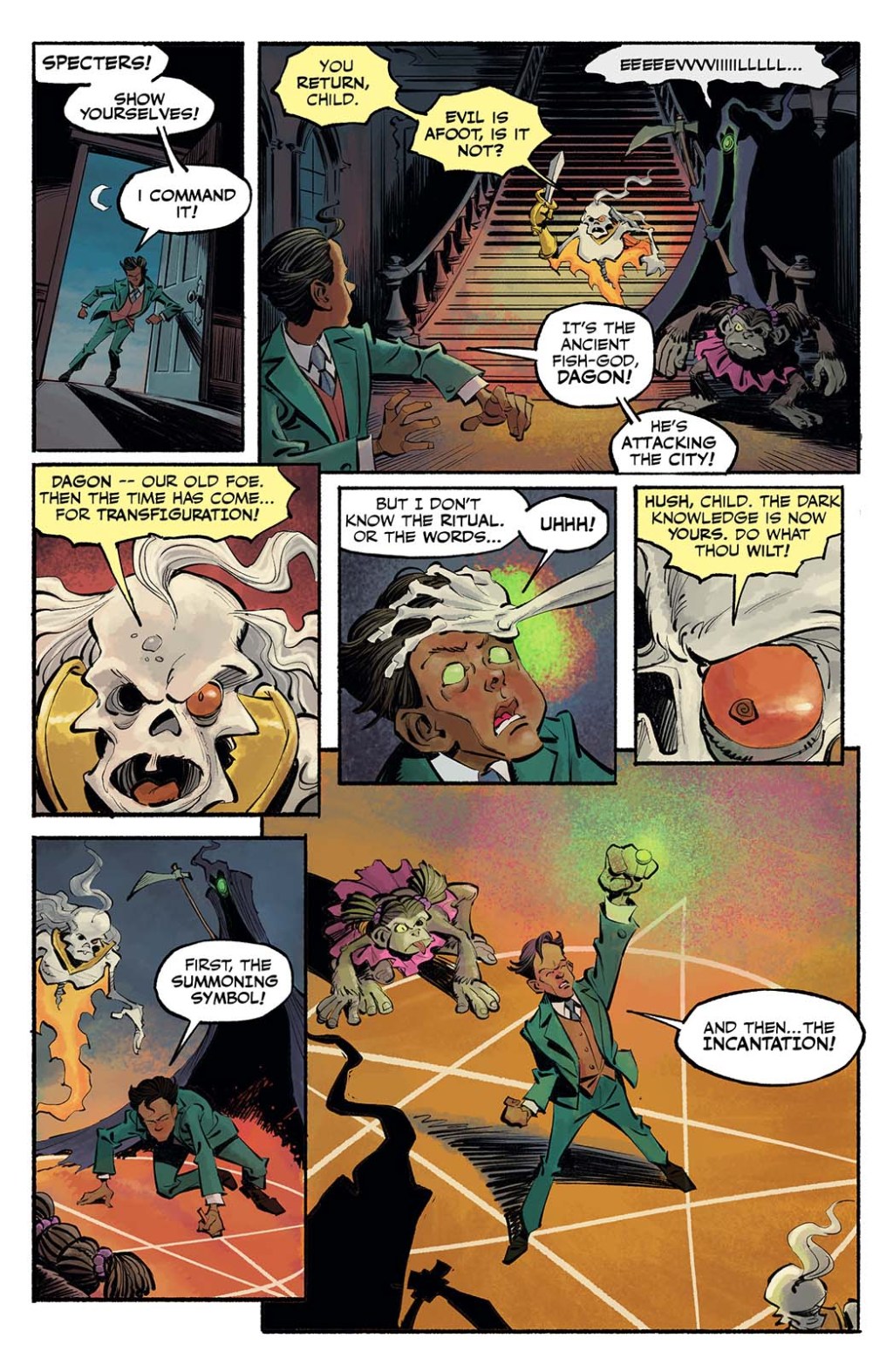 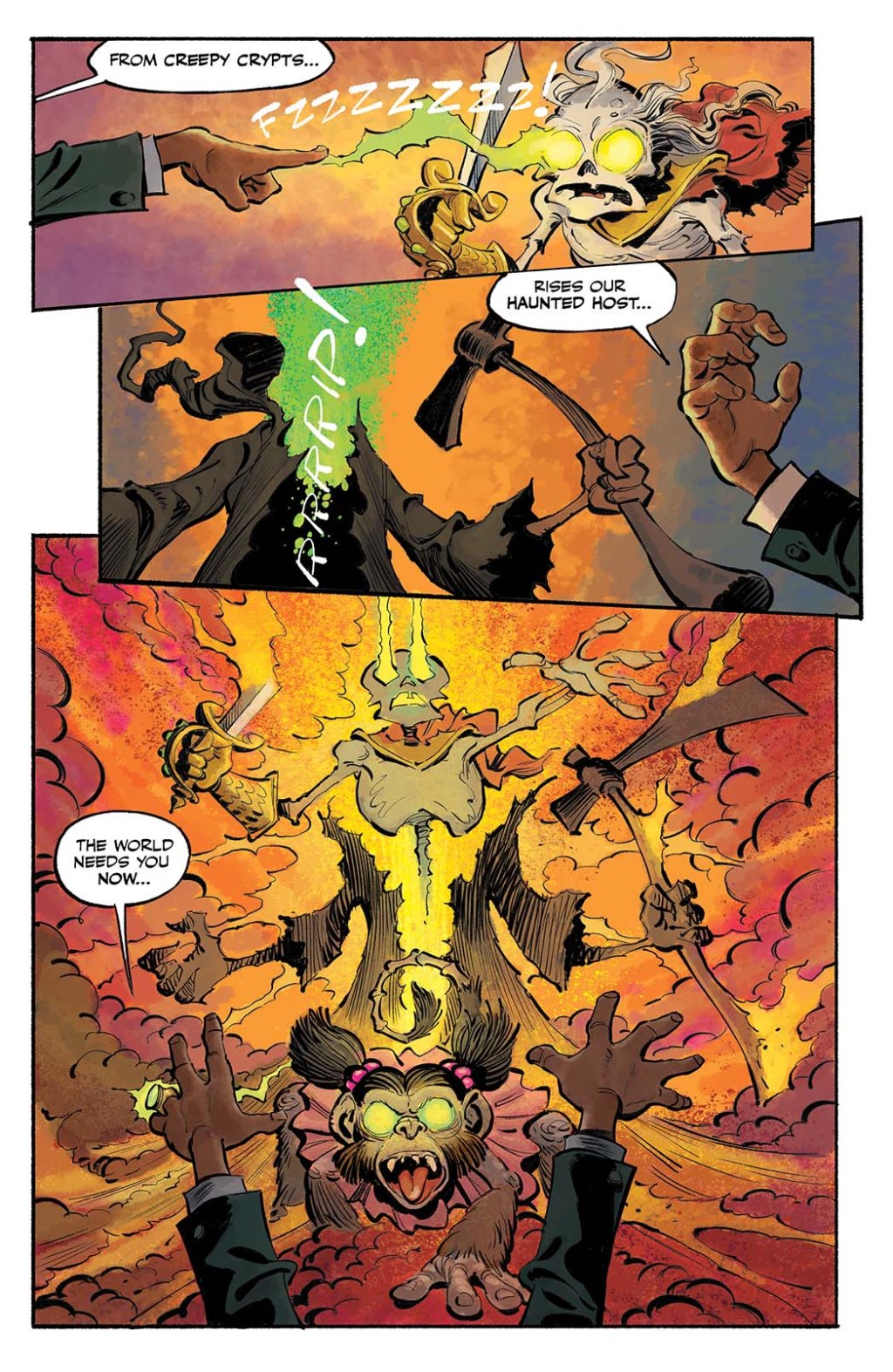 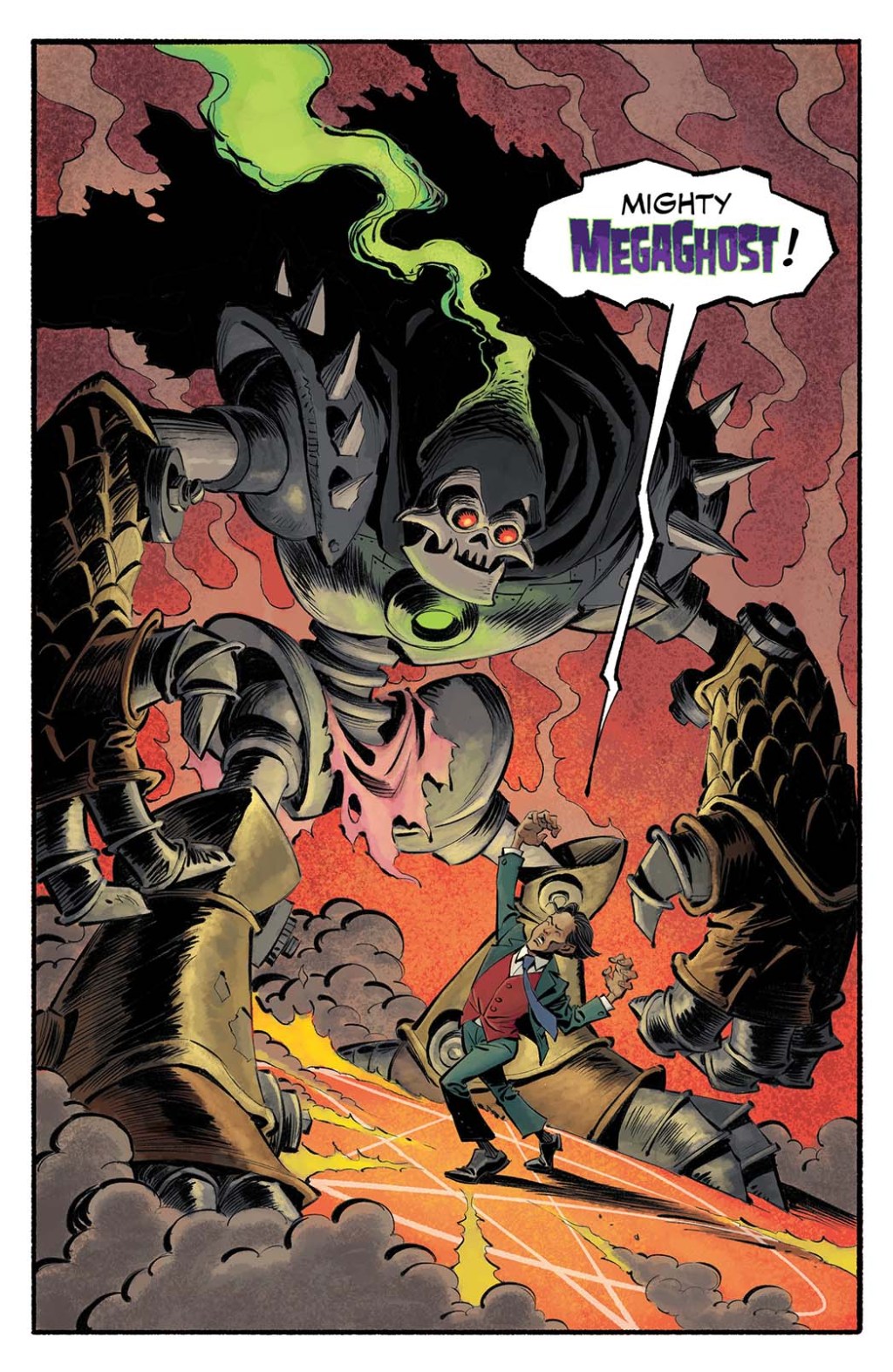 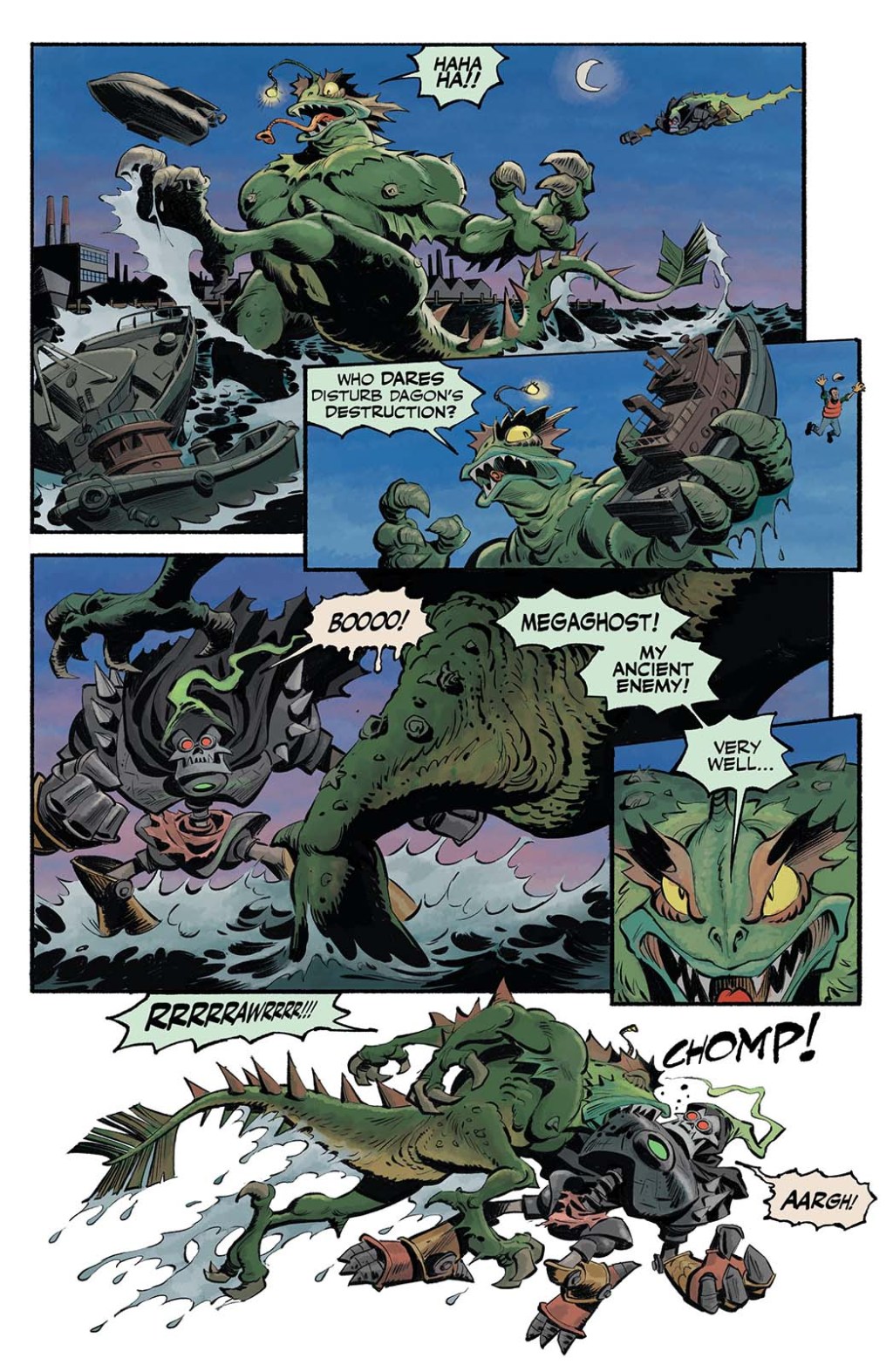