As Manson is uncuffed and approaches the FBI agents, audiences get their first close-up look at actor Damon Herriman’s remarkably realistic physical transformation — which can be attributed to Kazu Hiro, the prosthetic makeup designer who in February won his second Oscar, for turning Charlize Theron into Fox News journalist Megyn Kelly in Bombshell.

Hiro, who won his first Academy Award in 2018 for transforming Gary Oldman into Winston Churchill for his Oscar-winning turn in Darkest Hour, says he used photographs and filmed material as reference to change key facial features on Herriman, who was 48 years old during production, into Manson at age 35.

After making a lifecast of Herriman’s face, Hiro went to work creating prosthetics, including an eyebrow cover, to give that area of the face a more bony structure as well as a new nose (“The shape of his nose was quite different”). He also created cheekbones and an eyelid piece — “because Damon had a heavy eyelid” — in order to change the shape of these features. 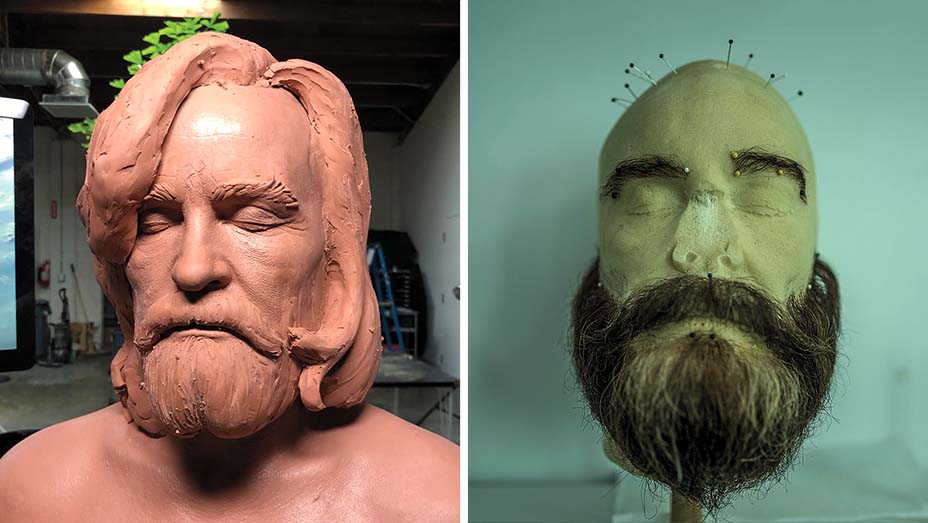 Herriman sat for three hours a day to become the infamous cult leader. Once the silicone pieces were glued on, Hiro used what he described as a “prosthetic-based greasepaint” because other makeups can change color when applied to prosthetics. A wig and beard completed the look. “Damon was amazing; he’s an amazing actor,” says Hiro.

Additionally, Mindhunter was a chance for Hiro to reteam with David Fincher, an executive producer on the series, with whom Hiro worked on 2008’s The Curious Case of Benjamin Button. Hiro says working with Fincher when he was in the director’s chair was an extraordinary experience. “He’s a perfectionist and very clear about his vision. He knows what he wants and is very good at communication.”

Incidentally, Herriman also briefly appeared as Manson in Quentin Tarantino’s ’60s-set Once Upon a Time in Hollywood, which hit theaters in July 2019, just before Mindhunter‘s second-season debut, on Aug. 16. But Hiro says he completed the Mindhunter work first, so he didn’t have the Once Upon a Time look as a point of comparison. 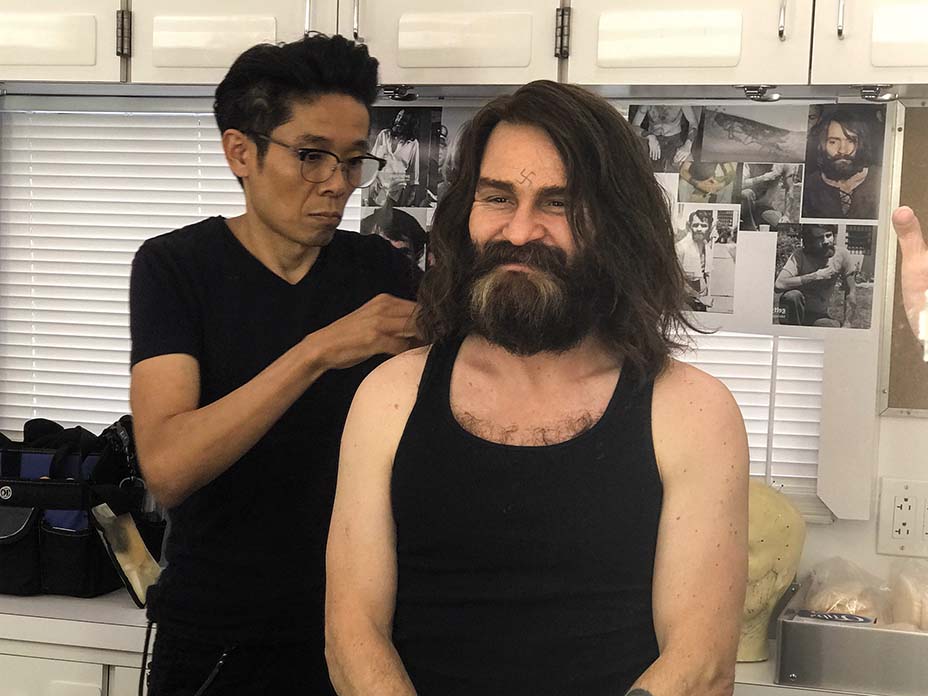 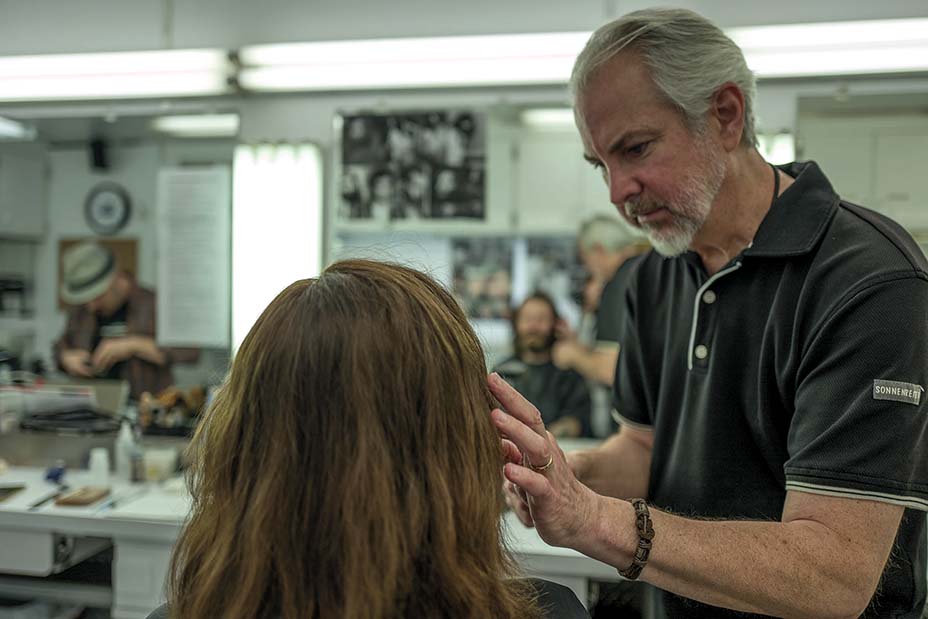