In Disney’s Moana — the movie scored an impressive $81.1 million during the Thanksgiving weekend — the 16-year-old title character goes on a journey with the demigod Maui. Taken from Polynesian mythology and voiced by Dwayne Johnson, Maui is an imposing figure, but he’s almost upstaged by tiny Mini Maui, a kind of sentient tattoo that comes to life on Maui’s impressively muscled and decorated body.

“Somewhere in the process, Mini Maui started to emerge, almost as a Jiminy Cricket alter ego; the tattoo can’t speak, but he can communicate with Maui,” explains John Musker, who directed with Ron Clements, of the telltale tat’s development. “Maui’s full of himself, and here is someone who could poke fun at him — literally poke him.” The two directors, responsible for such Disney classics as The Little Mermaid and Aladdin, are making their first foray in a near-fully computer-animated feature with Moana, but for Mini Maui, they decided to return to their roots and create a hand-drawn character. So they recruited the legendary Eric Goldberg, best known as the lead animator of the Genie in Aladdin, to serve as Mini Maui’s animation supervisor. 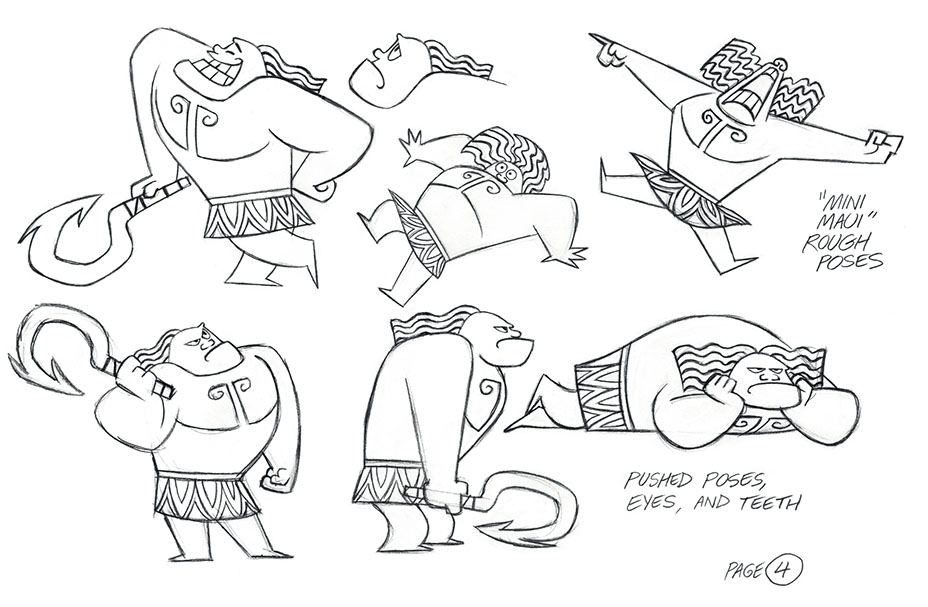 Goldberg says Mini Maui required a creative collaboration among the 2D and 3D animation teams and the so-called Disney Story Trust. “I wanted him to be a graphic character but also a character whose emotions you could read; that was important for John and Ron as well,” says Goldberg. “He’s a full personality and Maui’s better self.”

However, combining the hand-animated Mini Maui with the computer-animated Maui was no easy task. Says Goldberg: “The technical people came up with a great solution. We could superimpose the rough drawings of Mini Maui on the CG version of Maui [during production], so we could see how the two were interacting and check that the timing and eyelines were working.” 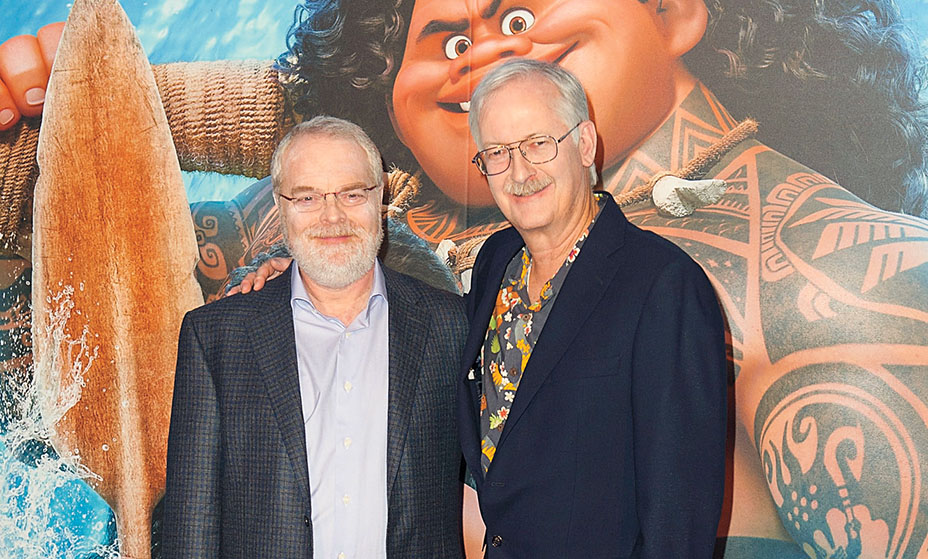