The actual Holy Hand Grenade of Antioch from 1975 comedy classic Monty Python of the Holy Grail is up for sale, one of 900 pieces of film and TV memorabilia going under the hammer in London next week as part of Prop Store’s auction, which is expected to fetch more than $7.5 million.

Like many of the items on the auction block, there’s a curious story behind the exploding, rabbit-killing relic, which was once thought lost and had even been sought after by the Python members themselves. Then there’s the super-rare Stormtrooper helmet from A New Hope, used to protect a trophy on flights until its real value was discovered, and Jack Nicholson’s axe from The Shining, which had been bought to chop wood.

Ahead of the auction on Sept. 30 and Oct. 1 at the BFI Imax, The Hollywood Reporter retraces the historical steps of some of cinema’s most famous props, now being made available to anyone with a few thousand dollars to spare. 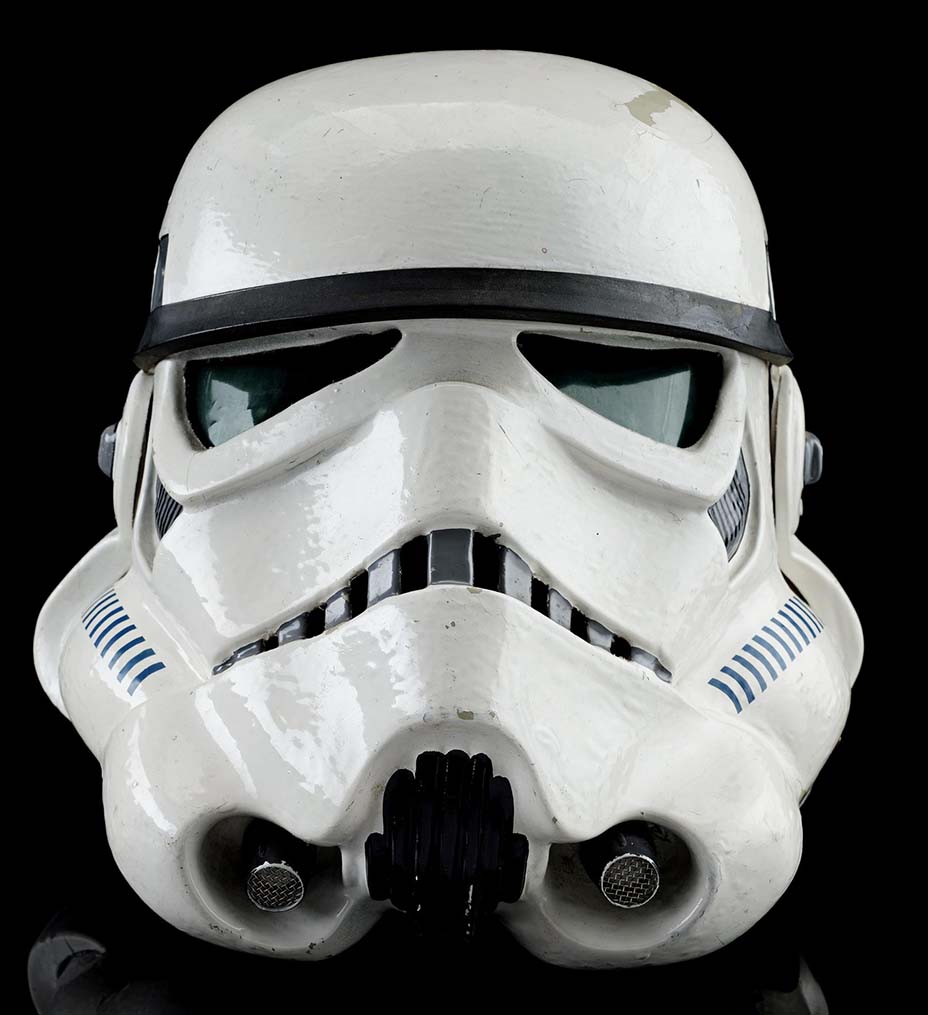 Most Stormtrooper helmets from A New Hope were reconditioned for The Empire Strikes Back, making this item — screenmatched to the scene where Princess Leia is brought to Darth Vader — exceedingly rare. In a rather unusual story, it was worn during a 1978 promotional event in the U.K. for The Empire Strikes Back, attended by Carrie Fisher, David Prowse and Peter Mayhew, and gifted to its host at a time when there was little market for such items. It later ended up in Canada, with the host’s nephew, who used it as a carry case on planes to store a trophy (its one main blemish comes from an overhead storage bin). “I don’t think we’ve ever seen one in this condition, with all its stickers and lensing,” says Prop Store general manager Tim Lawes. The helmet was recently reunited — briefly — with its original wearer, stuntman Syd Wragg, who appeared in multiple Star Wars scenes (they found his name written inside).

“Here’s Johnny!” There were several axes used in The Shining’s iconic climax as Jack Nicholson’s Jack Torrance hunts down Wendy (Shelley Duvall) and Danny (Danny Lloyd) through the Overlook Hotel’s hedge maze. Like Torrance himself, very few have survived (some were only made of fiberglass). This one actually ended up in the hands of a crewmember, who purchased it for about $6 after production wrapped with the intention of using it as an actual wood axe. Thankfully, no wood was chopped and it remains in good condition. “There’s very little from Kubrick’s film out there — they’re very collectible and sought-after,” says Lawes. 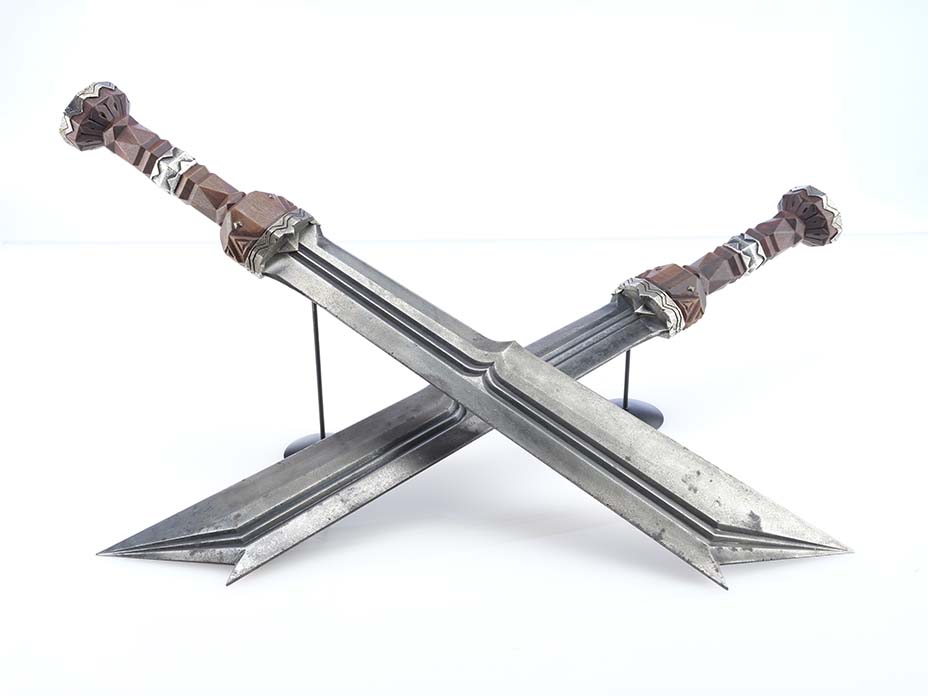 Swords of Fili from The Hobbit: An Unexpected Journey (2012)

Signature weapons from The Lord of the Rings and The Hobbit trilogies are rarely available for purchase, with Peter Jackson famously presenting them to the individual actors after wrapping the shoots (and also hoarding many of the props himself). These were gifted to Dean O’Gorman, who played Fili, older brother to Kili and nephew of Thorin Oakenshield, and are believed to be the only stainless steel hero swords made for the production. 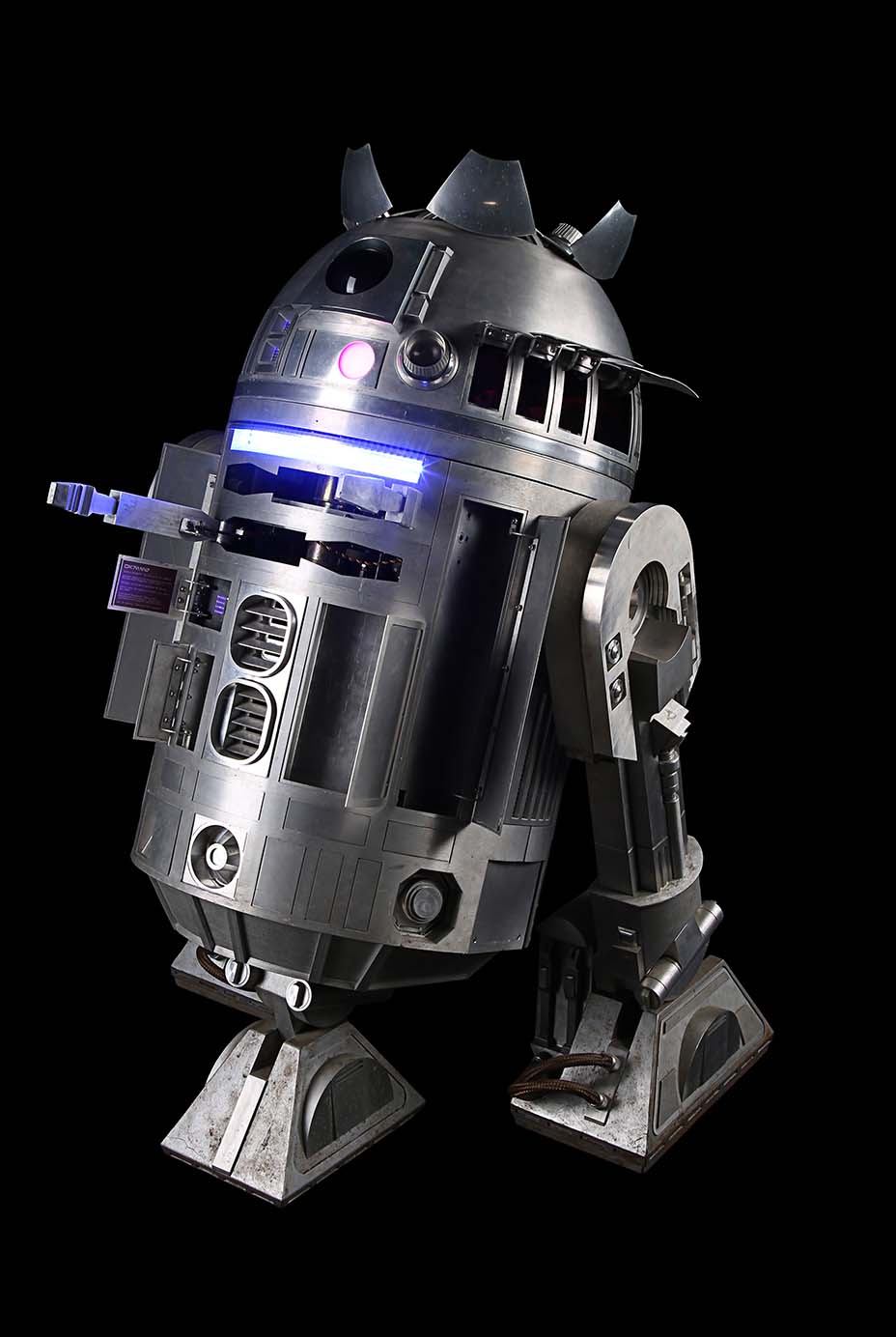 The very first functioning droid being offered up for auction, the remote control R2-BHD served as an astromech droid at the Alliance base hanger on Yavin 4. Affectionately referred to as Tooby, the droid — which has numerous interactive features and more than 200 noise and movement sequences — was built by Brad Oakley, well known in the droid community and also behind robots for Star Wars: The Last Jedi and Solo: A Star Wars Story. 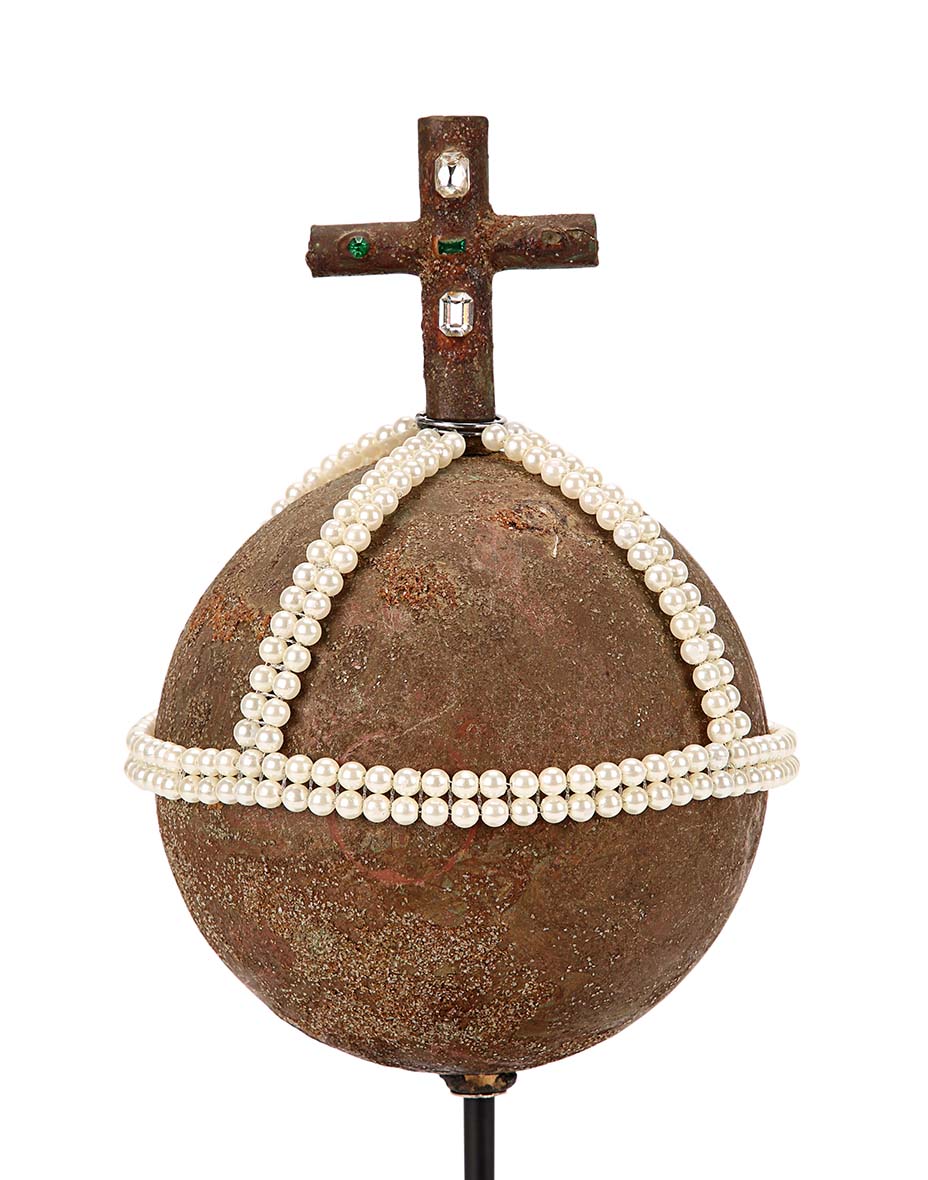 Once thought lost forever and the subject of much speculation, the Holy Hand Grenade of Antioch — famously lobbed by Graham Chapman’s King Arthur to defeat the vicious Killer Rabbit of Caerbannog — had become very much the Holy Grail of Monty Python memorabilia, sought after even by the comedy troupe themselves. Crafted lovingly — and inexpensively — out of parts of a toilet cistern and finished in gold paint (now worn away), this ancient relic was actually discovered by the family of the special effects model maker who had worked on the film. With most Python props rented and then returned after filming, very little is available from the feature or TV show, making this one of the world’s most valuable ballcocks.