As Mudbound begins, the first scene focuses on two men excavating a hole in an empty field as thunder booms in the distance. They are brothers, played by Jason Clarke and Garrett Hedlund, who are digging a grave for their father. And as they dig, a fierce rain starts to fall, drenching them until they are covered, literally and figuratively, in mud.

The challenge facing cinematographer Rachel Morrison: She had to somehow erase the hot Louisiana sun shining brightly during at least half of the scene.

That she conquered the elements isn’t in doubt. On Nov. 30, the New York Film Critics awarded her its prize for best cinematography, making her the first woman to receive that award and putting her on track to make history should she secure an Academy Award nomination, since she also would be the first woman to be Oscar nominated in that category.

For the $11 million Mudbound, directed by Dee Rees and streaming on Netflix, Morrison turned to the work of African-American artist Whitfield Lovell and the Depression-era Farm Security Administration photographers for inspiration in order to capture the interconnected saga of the McAllens, a white family, and the Jacksons, a black family, working the cotton fields of the Mississippi Delta during World War II. 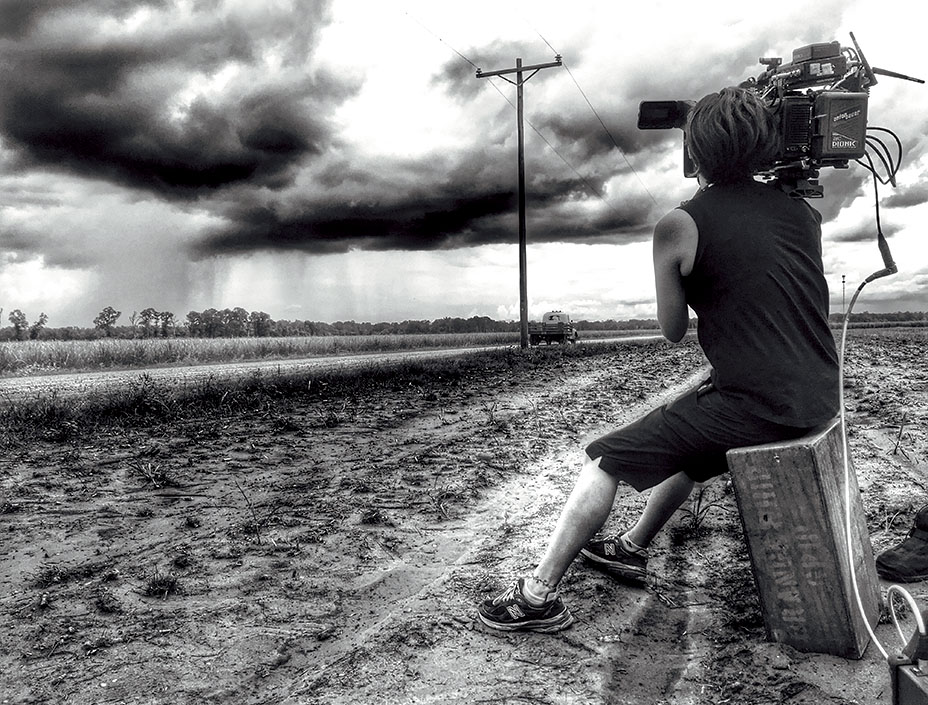 For that opening scene, Morrison had a couple of rain towers on hand, but “we needed real rain for the wide shots,” she explains. “So when it seemed like there was a storm coming, we’d get the wide shots.”

But as quickly as they came, the clouds could dissipate and the sun would break free. So to ensure continuity, Morrison used a black box, built around the scene to effectively block the sun; she then relied on artificial rain created by the rain towers and backlit the downpour so it would show up onscreen. “You have to be quick,” she says (the entire movie took just 29 days to film). “It’s a beautiful sunny day, then it dumps rain and then it’s sunny again.”

As the story progresses, the cinematography reflects the experiences of the McAllen family, newly transplanted from a calm life in Memphis to the harsh demands of farming in the Mississippi Delta. When their story begins in Memphis, the camera work is very fluid and controlled — dolly, Steadicam — and then when they arrive on the farm, it subtly shifts to handheld, Morrison says.

She adds of the color palette, “Life before the farm is more saturated, colorful. It starts to subtly drain as the farm life progresses.”