David Maisel helped plan the Marvel Cinematic Universe from an office above a Beverly Hills auto dealership, where a then-upstart Marvel Studios was headquartered. A decade after leaving his post as founding chairman of the studio, Maisel has been planning his next cinematic superhero universe from home over Zoom, as he hunkers down amid the coronavirus pandemic.

In 2018, Maisel formed Mythos Studios with A-list music manager Scooter Braun. Mythos took a 50 percent stake in Aspen Comics, the company founded by late artist Michael Turner and has been hard at work developing a slate of animated films based on Turner’s comics, including the environmentally themed Fathom and the magic-centered Soulfire.

Mythos has used 2020 finishing scripts and collaborating on visual development with TurnerVerse directors Joe Ksander and Kevin Adams, along with Peter Jackson’s Weta, which is also working on the films.

“It will be really fun to go to these movies and once a year be able to be in Michael Turner’s world,” Maisel tells The Hollywood Reporter. “That’s the dream.”

To that end, Mythos is currently zeroing in on an actress to voice Fathom protagonist Aspen Matthews, a marine biologist who discovers she is a member of an advanced underwater species. The studio is also in discussions with potential partners to distribute its big-budget animated films.

While a theatrical path is Maisel’s preference, he acknowledges that in today’s landscape, it’s hard to predict the future of the TurnerVerse.

Yet Maisel believes that like Marvel movies, the properties of Mythos lend themselves to the big screen and the communal atmosphere of a theater. That’s something he’s missed this year, the first since 2009 without a Marvel Studios movie.

“I can’t wait for Black Widow. I sort of miss my friends, meaning the characters,” he says with a laugh.

For fans of the late Turner, 2020 brought some much-needed good news. A Kickstarter collecting Fathom, Soulfire and Ekos in a 600-page hardcover graphic novel exceeded expectations by raising $275,000, making it one of the more successful graphic novel campaigns in the fundraising platform’s history. The original goal was $65,000.

While it’s a challenge for indie publishers to make a lot of money, companies like Aspen service a small but dedicated fanbase, and are also good for developing IP.

“Aspen is a jewel of an independent comic book company,” says  Maisel, who with the team is already planning out the next few years of Kickstarter projects. 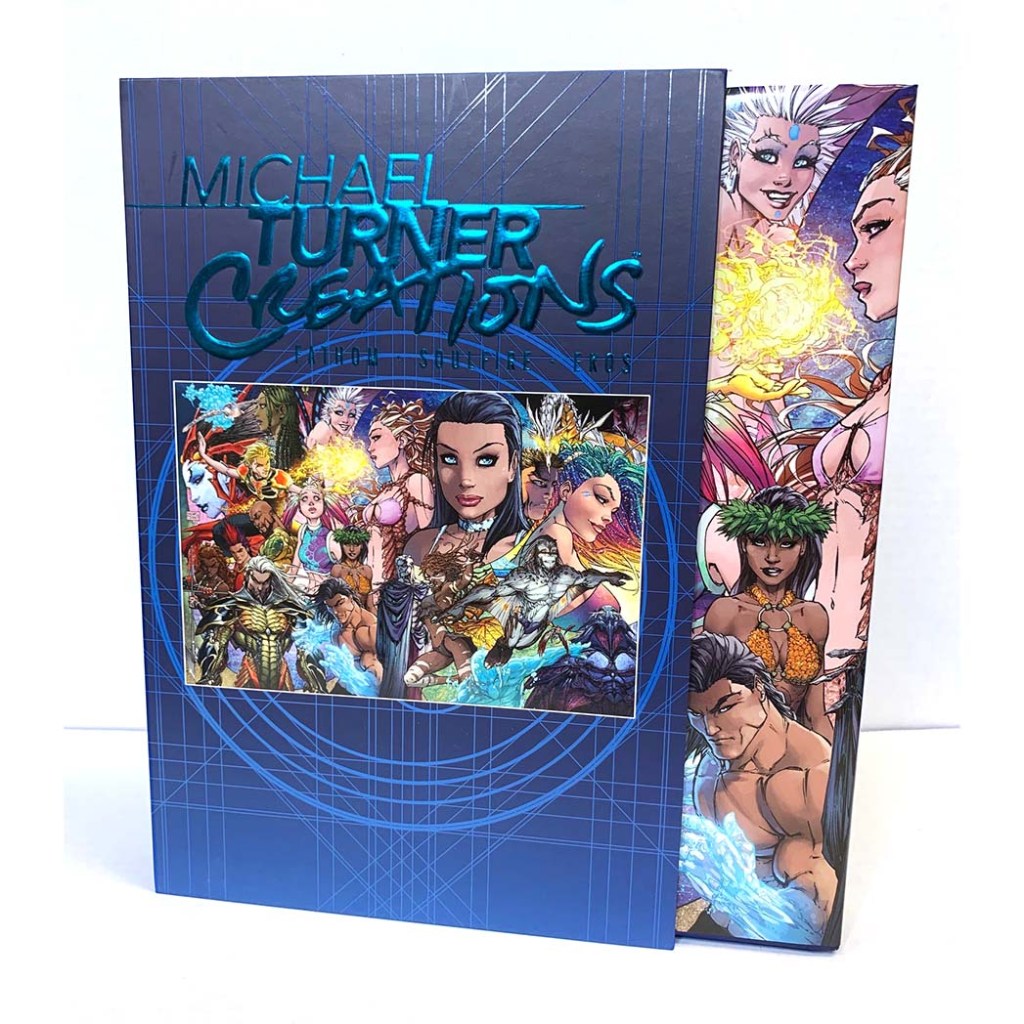 Maisel, who cut his teeth on animation with 2016’s Angry Birds, is a big fan of Sony’s 2018 Oscar-winning Spider-Man: Into the Spider-Verse, which took inspiration from decades of Spider-Man comics and artists, and also proved there is a hunger for big, sprawling animated superhero films.

But the TurnerVerse will be different in that it will reflect a single artist’s vision, not dozens of Spider-Man comic artists.

“The visual DNA of all the movies over the next ten years, you’ll know you are in this Michael Turner world,” says Maisel. “His art is very distinguishable.”

Fathom, first published in 1998 by Image Comics, has long been on Hollywood’s radar. James Cameron once had a live-action movie in the works with Megan Fox, before Mythos acquired the rights. Now, Futurama and Saturday Night Live writer Kristin Gore, the daughter of former Vice President Al Gore, is penning the script.

Soulfire, which is more of an ensemble property, will be written by Star Trek: Discovery‘s Bo Yeon Kim and Erika Lippoldt.

“It’s almost an homage to Wizard of Oz,” Maisel says of Soulfire. “They want to bring magic back to the world.”

In addition to the TurnerVerse, Mythos is exploring a separate animated universe tied to mythology.

Two years ago, the studio unveiled a key piece of these plans, with the news that Justin Bieber will voice Cupid in an animated project. When the megastar posted concept art of himself as the character, it quickly amassed more than 1 million interactions.

While the public may think of a baby with an arrow, this adult Cupid will be a complex character.

“His mother is Venus and his father is Mars and they are separated. His best friend is Pan,” says Maisel of Cupid. “He ends up getting married even though he has an arrow that can make anyone fall in love with him. That’s a complex character, like Tony Stark.”

Bieber was the only person approached for Cupid and will serve as executive producer on the project, directed by music video helmer Pete Candeland, and penned by Black List writer Mike Vukadinovich.

“I try to find people who care about it and try to make them partners,” says  Maisel. “Robert did really well financially from Iron Man and those movies, and Justin will do really well too.”

Part of the success of Marvel Studios is credited to the perception that its executives are genuine fans of the characters, rather than seeing them simply as IP to exploit.

Maisel has a strong affection for both mythology and the works of Michael Turner, and hopes that will shine through.

Says Maisel: “Sometimes loving the material, like mythology, or Michael’s stuff, or Marvel, is the final key to unlock it.”