To draw audiences into Disney’s The Nutcracker and the Four Realms — the latest retelling of E.T.A. Hoffmann’s classic holiday tale that inspired the famous Tchaikovsky-scored ballet — production designer Guy Hendrix Dyas, a two-time Oscar nominee (for Inception and Passengers), relies on a sudden burst of color.

The film, opening Nov. 2, begins in the home of its young heroine Clara (Mackenzie Foy) that is “sort of cold and devoid of red,” says Dyas. It’s drained of warm colors so “the audiences can sympathize with the actors.” As soon as Clara arrives at the estate of her godfather Drosselmeyer (Morgan Freeman), who will gift her with a Nutcracker doll on Christmas Eve, the film’s look comes to vibrant life “to uplift the audience and give them a swell of excitement.”

The estate’s entry hall, filmed at Minley Manor in England, is dominated by an 18-foot Christmas tree “with almost a thousand candles all lit on it. Real candles,” says Dyas. “That was tricky, lighting all of those and getting the staff and the stepladders out of the way, before the candles burned down to their nubs! We were very authentic about how we did all the dressing.” Since the year is 1889, the lightbulb was not yet in wide use in London. 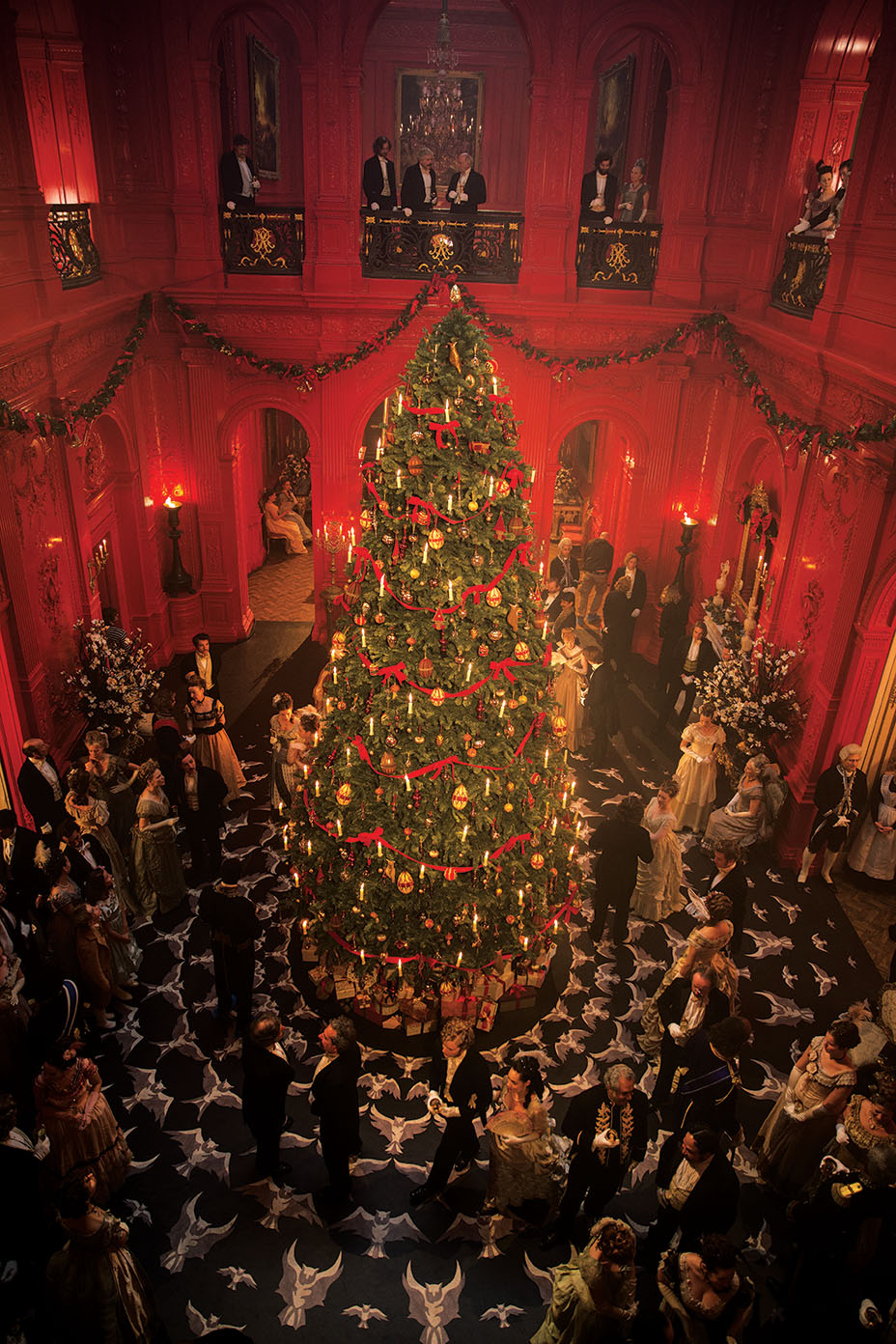 Then, it’s on to the grand ballroom, where the focus is an elaborate swan sleigh “that sums up who Drosselmeyer is — a wealthy, educated and well-traveled gentleman who indulges himself in elaborate mechanical toys.”

The ballroom itself was built in a large assembly room at a school in South London. “All the paintings on the walls, which are actually hand-painted, are mounted in front of the existing walls,” Dyas says, adding that the production created everything from the 8-foot-wide chandeliers to large picture windows to bring the luxurious set to life.

'Nutcracker and the Four Realms' Team on Diversifying the Classic Tale