Shaka King’s Judas and the Black Messiah made me weep. My parents actively resisted America’s system of white supremacy in the 1960s and 1970s. Folk like Fred Hampton were discussed in a way that made me feel like they were family. Whenever my father talked about the 1969 murder of Los Angeles Panther leader John Huggins, or “John John” as he called him, his eyes would fill with tears, and he would look away, then look back at me, his eyes bright with two different elements: water and a certain, steady fire. To me, Fred Hampton was always the most beautiful. He was beautiful, truly — an attractive man. But he was so beautiful in his soul. My deep love for this shining revolutionary comes from published images of him, the memory of his power, his deep well of love for all people, especially Black people.

Daniel Kaluuya (Sort of, Not Really) Teases 'Nope': "It Has to Be Experienced, Not Described"

Viola Davis on Her Work-Life Balance in Hollywood: "I Haven't Figured It Out Yet"

And I hate. I hate the men who killed him, and I hate the system that empowered them to do so. Fred Hampton was more beautiful than me in his capacity to love.

The irony is so poignant, as Fred Hampton wanted to liberate poor whites from their dispossession. He would have freed the men who slaughtered him if they had let him live. He sought the path to power for all marginalized people. Breakfast programs, health care, schooling, bringing gang members out of the streets and up to a new kind of consciousness: The efforts of the Black Panther Party amounted to deep, engaged social work. And they murdered him.

They, of course, are the system controllers, men like J. Edgar Hoover, who led the effort to “eliminate a Black messiah,” and the local police who did their will. Shaka King’s Judas and the Black Messiah documents their sinister, predatory assault on Black genius. Daniel Kaluuya is excellent in his role as Fred Hampton, as is Dominique Fishback, the beautiful sister who plays Hampton’s fiancee, Deborah Johnson.

With extraordinarily deft storytelling and powerful acting, the film centers on the man who set Hampton up, FBI informant William O’Neal. LaKeith Stanfield’s gut-wrenching performance makes us sympathize with the real-life Bill O’Neal. The overwhelming weight of white supremacist control compels this Judas to betray the People.

In real life, Harry Anslinger coddled well-known white women addicts like Judy Garland and supported their recovery without the scandal of criminal convictions. Lady Day, one of the most important vocalists of the 20th century, received no such grace and was instead treated like a slave. As Billie Holiday lay in a hospital, recovering from liver failure, Anslinger cuffed her to her bed, stripped her room of gifts meant to give her comfort, such as flowers and records, and prevented the doctors from administering medical treatment until she died. She was 44.

A child rape survivor who was forced to work in a brothel, Holiday maintained an ardent resistance to the terror that killed her own father, who died after a whites-only Texas hospital refused to treat him. This ancestral memory lit her face whenever she sang her signature protest song. Daniels’ film captures this light as well as the ongoing sexual abuse and financial exploitation that she endured throughout her career.

The trauma of being a Black woman in this racist patriarchy weighs heavy on me and all my sisters. Viola Davis perfectly conveys the double burden that we bear in Ma Rainey’s Black Bottom. Each glance, every gesture in her performance as the great blues singer expresses the perpetual tension required for the beautiful voiced expression of Black women to emerge in the public realm. 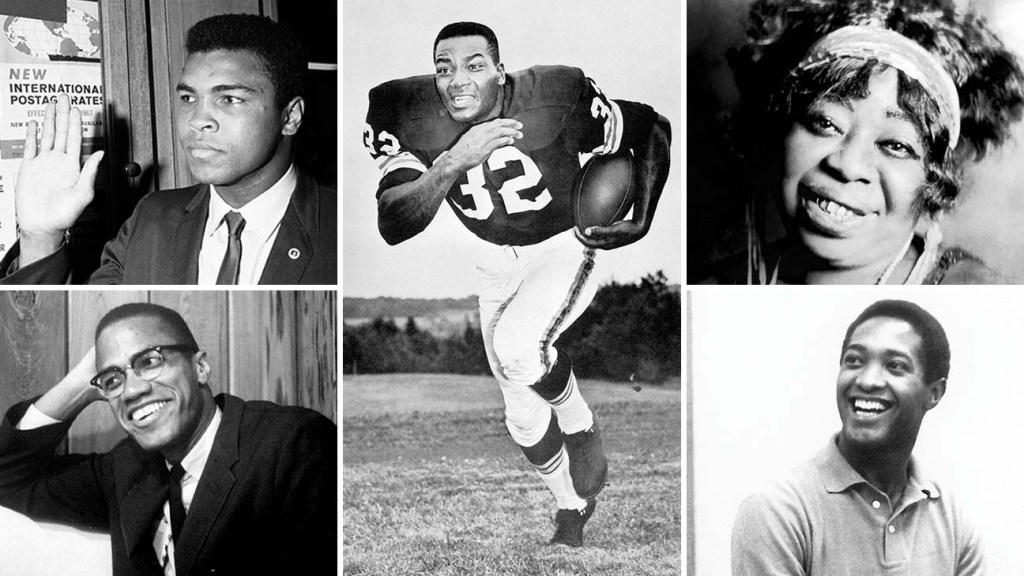 And Chadwick Boseman. In this, his final performance, he does the same for Black men. As fictional character Levee, Boseman embodies a kind of glory, the essence of the blues. His character is a genius despite the intergenerational theft of Black manhood by white men who feast on Black power. Directed by George C. Wolfe, Ma Rainey’s Black Bottom examines the system control within the music industry that would silence the beautiful Blackness inherent in our most brilliant culture workers.

One Night in Miami brings together four of those brilliant Black culture workers: Cassius Clay (Eli Goree), on the precipice of becoming Muhammad Ali; Sam Cooke (Leslie Odom Jr.), just before he shares with the world his anthem, “A Change Is Gonna Come”; Jim Brown (Aldis Hodge), as he prepares to make the bold move from football to acting; and Malcolm X (Kingsley Ben-Adir), our “shining Black Prince,” as Ossie Davis famously eulogized him, as he plans his transition out of the Nation and into his new role as El Hajj Malik El Shabazz. How do our shining Black princes, all of them, do it? How do they, we, carry the burden of whiteness and still strive? How do we manage to remain so talented, exquisite, powerful and, as Ali would say, so pretty?

Despite rape, torture, wiretapping, avariciousness, lynching, larceny, plagiarism, surveillance, all kinds of trickery and every petty, everyday slight, we remain resilient and resplendent. How? What makes you so strong, Black people? In Regina King’s lovely film, our power is our collective soul force, our friendships, our commitment to one another. We, together, are our best resistance.

We are the power.

The historical, predatory consumption of Black genius by white men suggests a certain mediocrity, that their power was only secured by their whiteness. After all, why else would the theft need to occur? You mean you can’t just write your own song?

In the last role of his life, Boseman is a Black genius inhabiting the soul of all the nameless, countless Black geniuses, geniuses like Levee, whose inner soul force seeks the light he deserves. Levee’s father was a genius, too. Genius is Levee’s patrilineal heritage. And suffering. Levee suffers the cruelty of being so talented, so high and then kicked so low.

Ma Rainey, Malcolm X, Fred Hampton, Billie Holiday, Jim Brown, Muhammad Ali, Sam Cooke: These films celebrate our real-life geniuses, but our geniuses are everywhere, all of us, all around. We are genius in the river, in the little shack and in the levee, too.

This winter, Black Hollywood has given the nation a gift, an opportunity to see itself through the eyes of Black folk. An opportunity to witness Black excellence. Now, more than ever, these four films should be required viewing. That’s because Black genius made them. If they aren’t recognized during awards season, then the gatekeepers should be shamed. 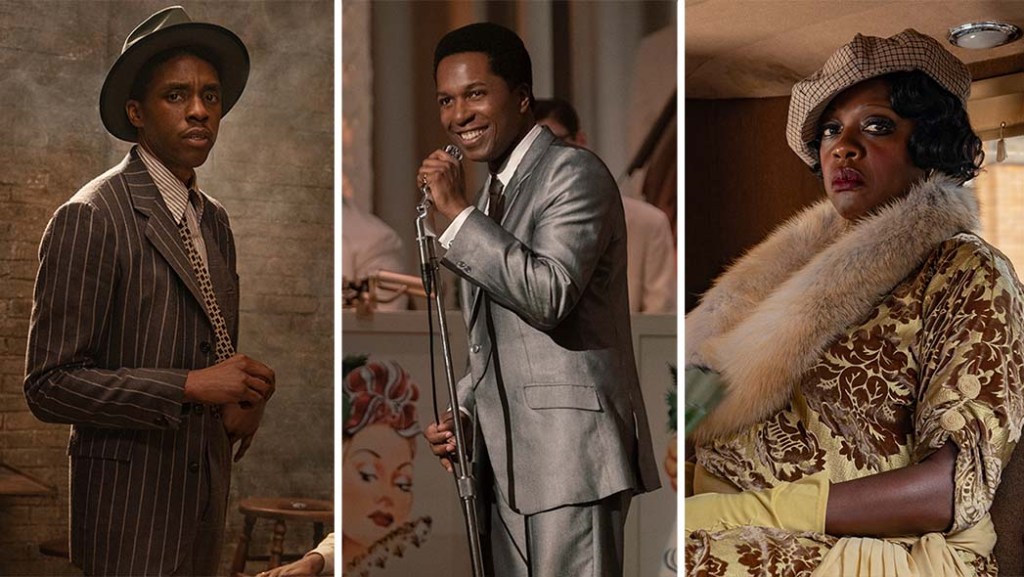 Eisa Nefertari Ulen (she/her) is the author of Crystelle Mourning (Atria) and a professor of African and diaspora literature at New York’s Hunter College. A Pulitzer Center grantee, she is the recipient of awards from the Frederick Douglass Creative Arts Center, the Provincetown Fine Arts Work Center and the National Association of Black Journalists.