What if the world’s greatest superhero wasn’t quite as invincible as he seemed? Writer Steve Orlando explores the disturbing possibilities behind that question with his latest project, the AfterShock Comics series Project Patron.

“When the world loses its greatest hero, those in power fear what we’ll do without him, so they bring him back to life the best they can and replace him with a Reploid. This is the story of the team that pilots that Reploid, the people secretly behind the Patron’s continued heroism, and the incredible sacrifices they make,” Orlando explained. “Piloting the Patron Reploid might be the greatest thrill in history, but it comes at a price: total anonymity, and a gig where every flight knocks a year off your life. The pressures on the team are enormous… so when a tragedy strikes at the heart of Project Patron, the world hangs in the balance as the greatest secret in modern history trembles on the brink of revelation.”

'Who's the Boss' Sequel Lands at Amazon's Freevee

A "'Succession'-Type Vibe": Alex Holder Reveals Details About His Trump Doc After Testifying Before Jan. 6 Committee

Orlando, whose resume includes DC’s Wonder Woman and Justice League of America in addition to his own Commanders in Crisis, said that the new series is “Curt Swan’s Superman meets Mobile Suit Gundam, combining two iconic storytelling modes to create a new one.” It’s also a deconstruction of the classic 1990s storyline The Death of Superman, rebuilding it into a conspiracy theory that asks questions about the nature of heroism.

“This is an action thriller for the present moment, where nothing is what it seems, so much we feel is real is artificial, and altruism is often greed in a well-designed mask,” the writer argued. “We want to think heroes like the Patron are real, but as with most myths ancient and modern, there’s nothing but men and women behind the wonder. And that might be scary, but it should be empowering. We make the heroes happen.”

The series, illustrated by Patrick Piazzalunga — “his designs subvert expectations and give everything a lived-in, organic, rough-tech feel that sells the true emotional and physical toll of piloting the Patron Reploid,” Orlando says, adding, “it’s perfect, and Patrick is the heart of this book” — launches April 7.

Look below for a sneak peek at Pizzalunga’s work from the first issue, as well as David Talaksi and Aaron Lopresti’s covers for the issue. 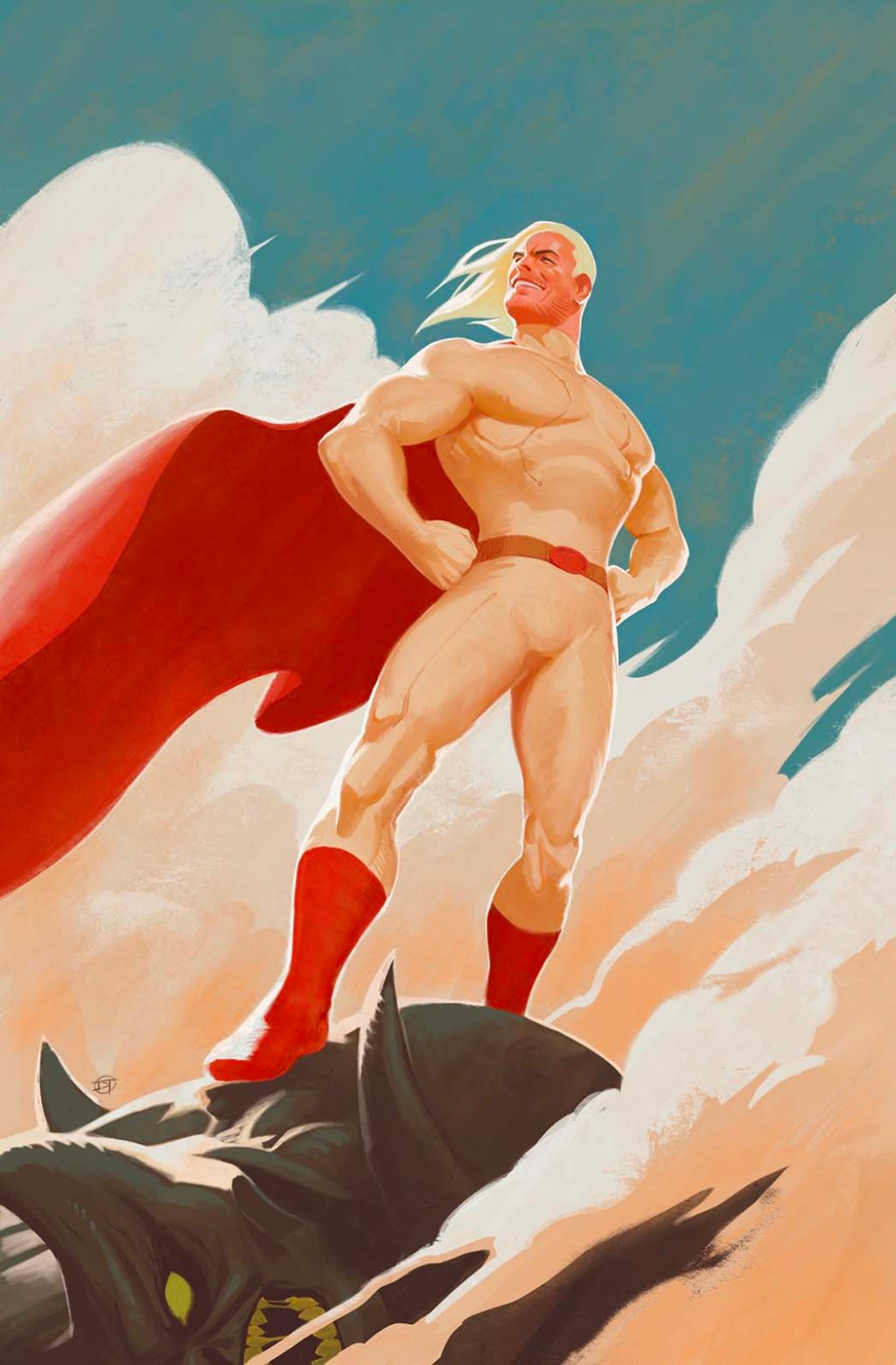 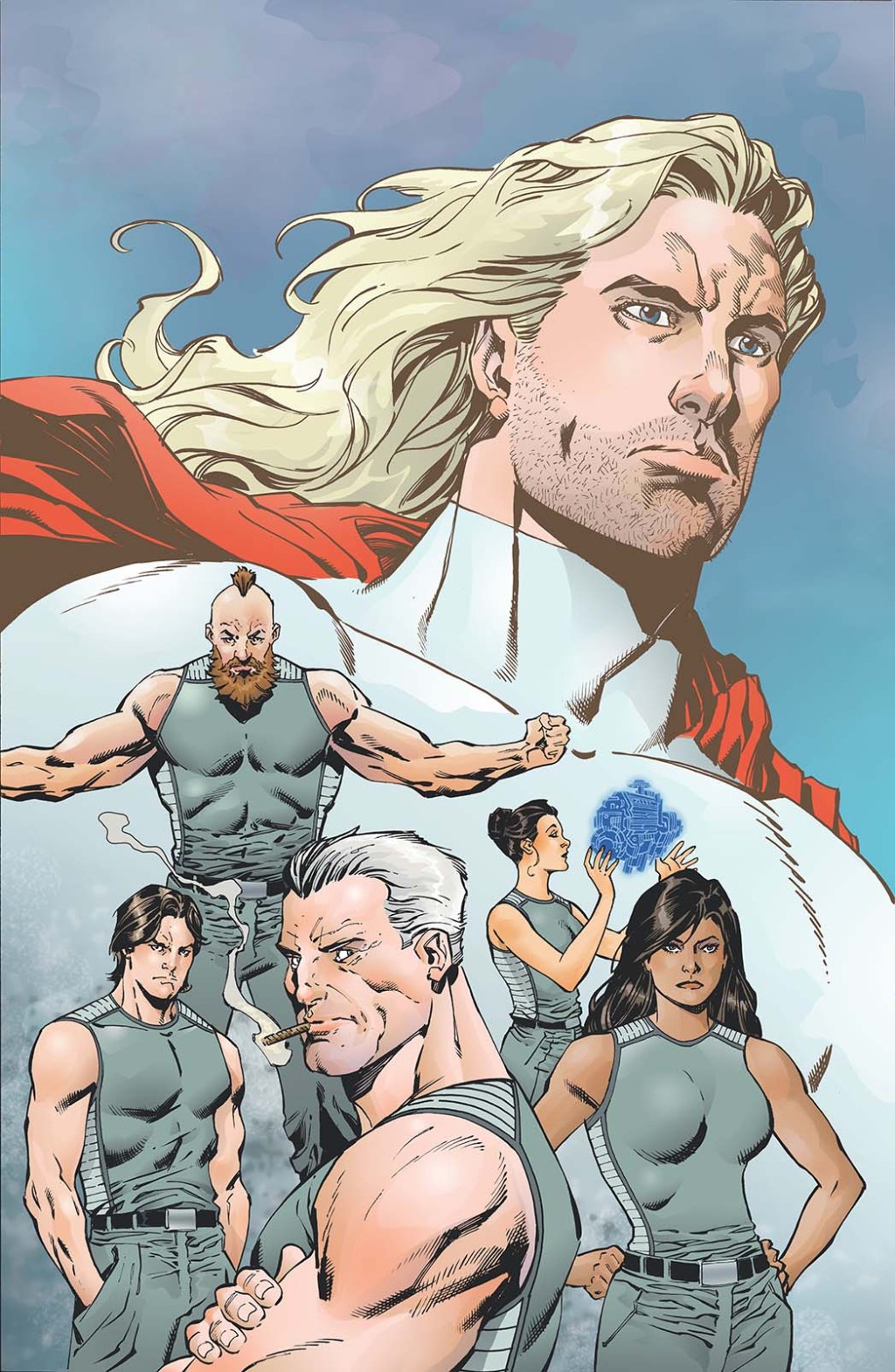 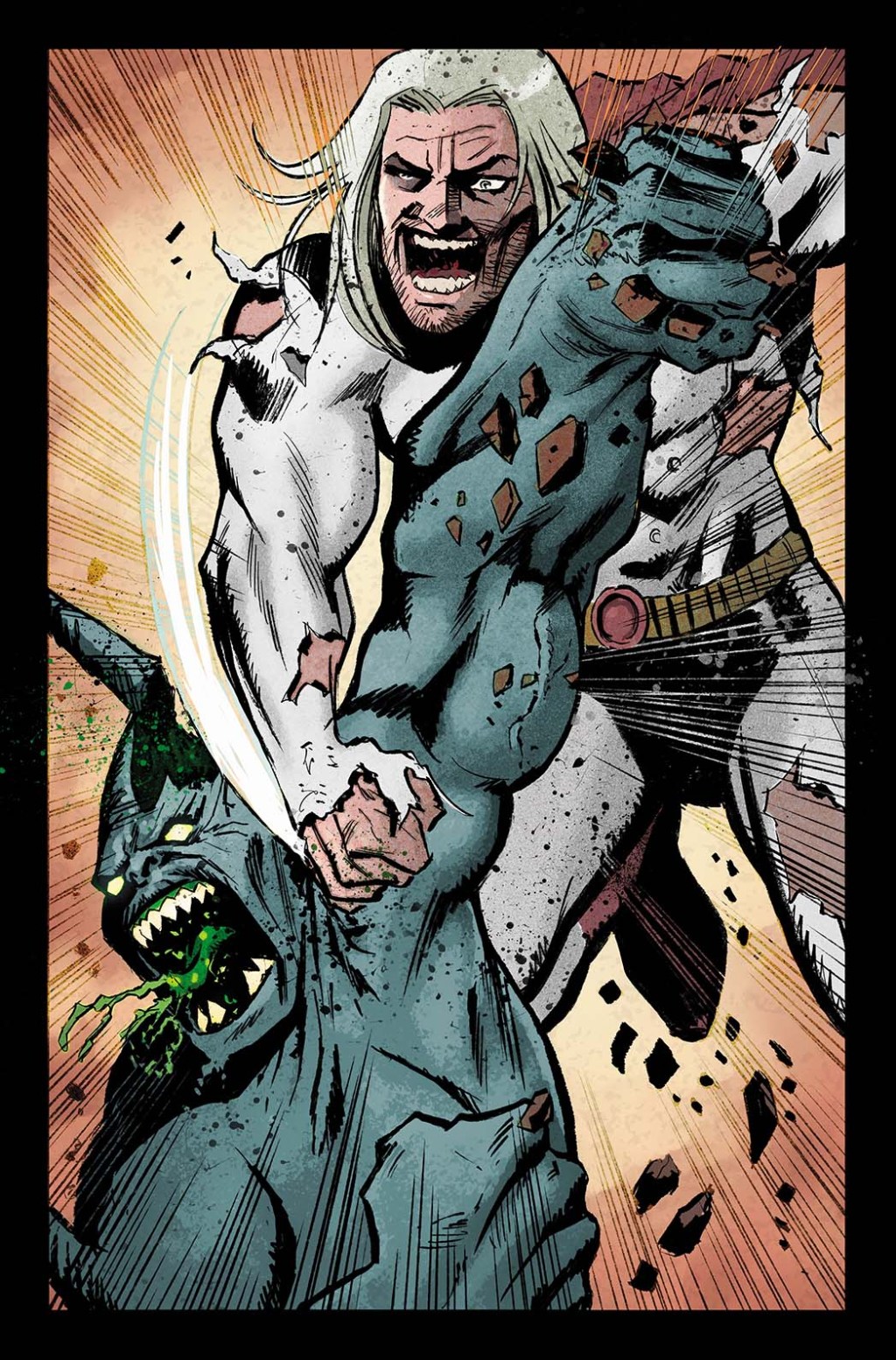 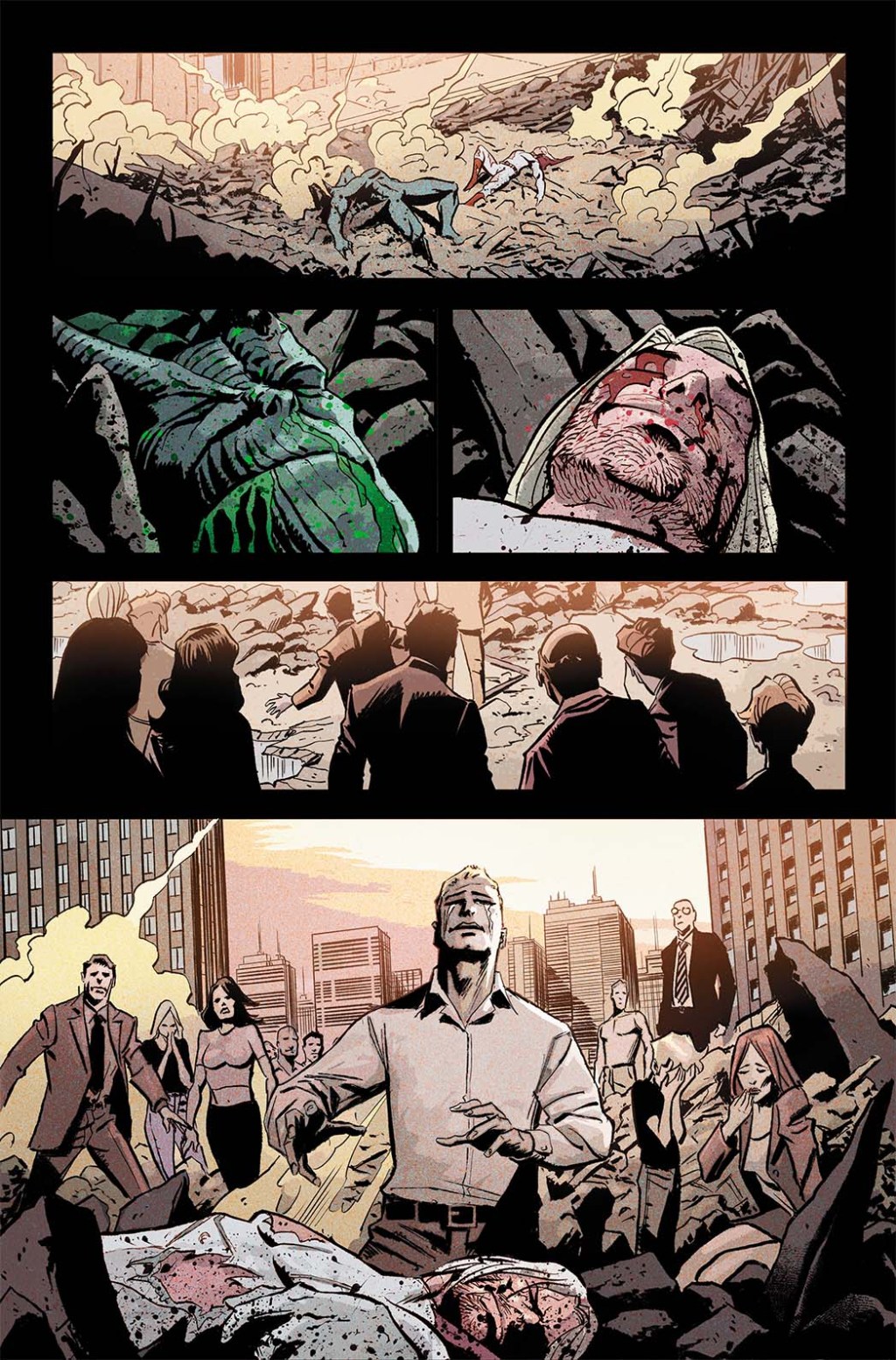 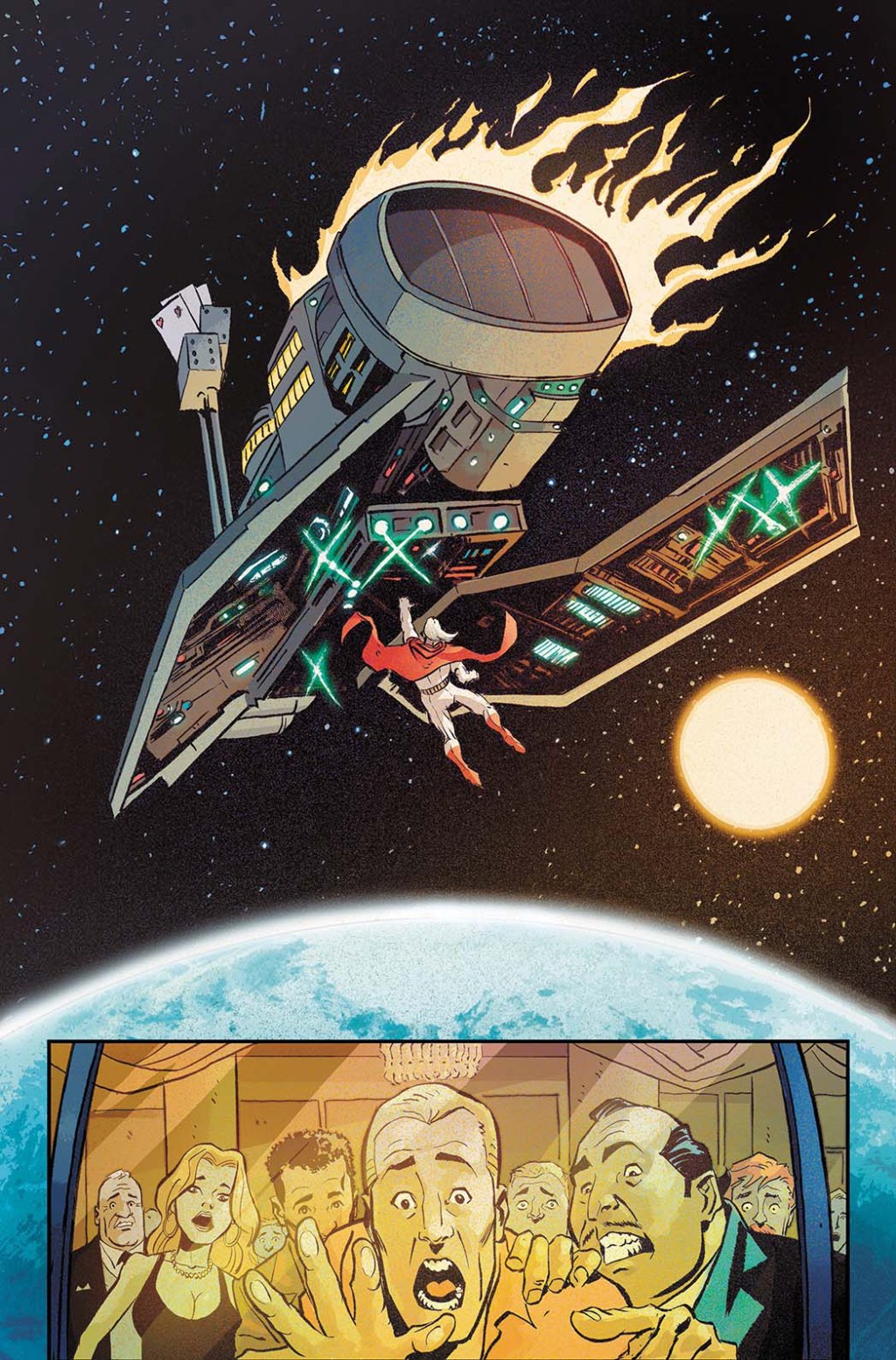 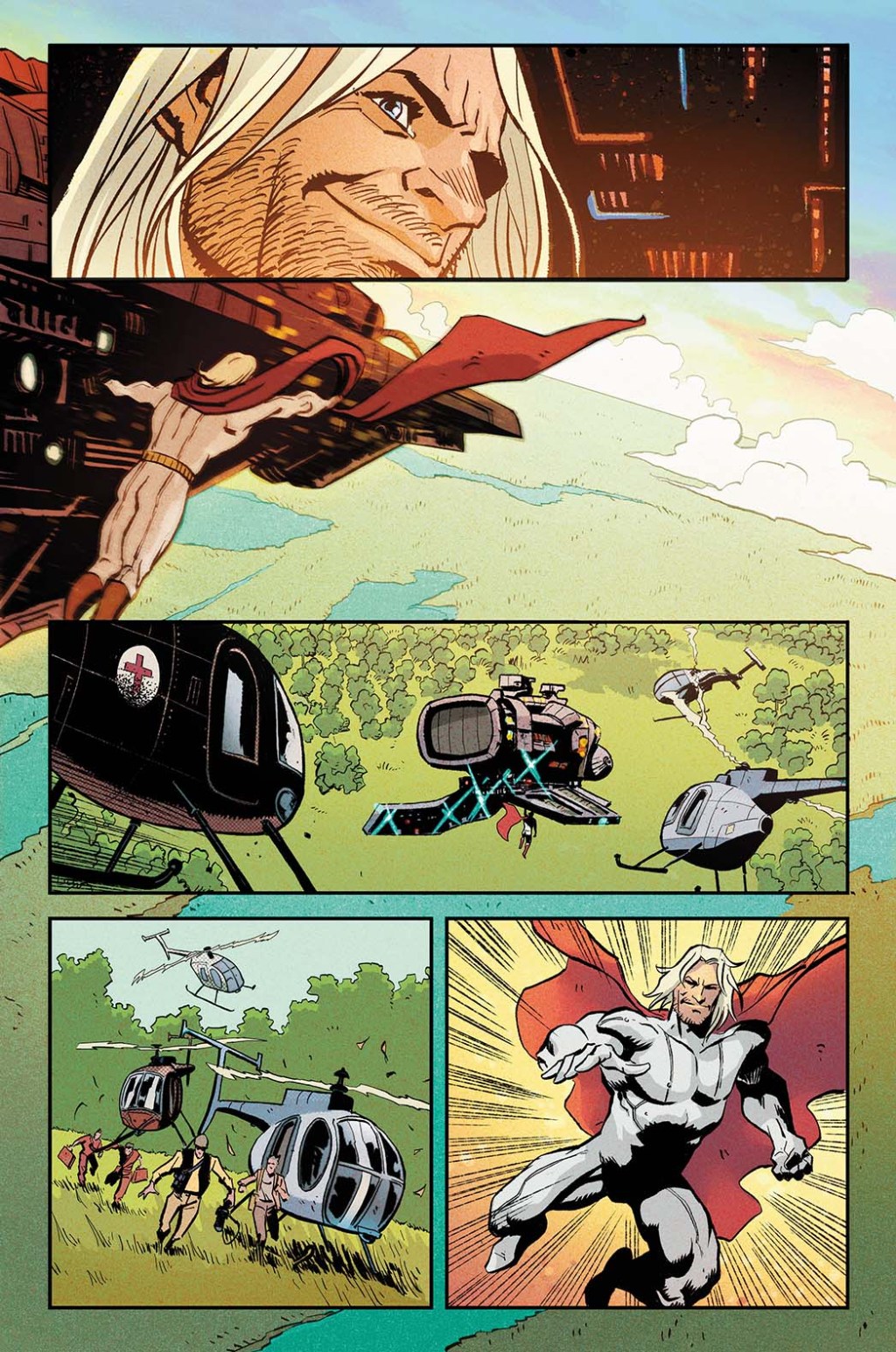