Despite the everlasting nature of the horror genre, and consistent re-emergence of popular characters and concepts over the years, sometimes film studios simply miss their chance to capitalize on specific fears or sensations. While studios often provide better content than those generated and distributed for free on the internet, they lack the ability to provide the instant gratification that the internet can provide. They also lack the ability to respond immediately to trends, particularly those that ebb and flow as a result of the latest release.

While there are certain trends in superhero movies, action, and children’s films that remain consistent for long stretches of time, horror is fickle, particularly due to the outpouring of films from both the big studio and indie circuits that have the power to change the game. The popularity of Saw and similar movies came and went in a blink. Paranormal Activity was horror’s hottest property until it wasn’t. Found footage was the innovative jump-start the genre needed until audiences grew tired of a seeming gimmick. The cycles of popularity through which horror works are fascinating, though perhaps less fascinating to the studios that find themselves either ahead of the curve or behind the times.

Screen Gems’ Slender Man quietly slinks into theaters this weekend with almost no buzz or fanfare. The film, distributed by Sony Pictures Releasing and directed by Sylvian White (Stomp the Yard), was barely marketed, and its release date shuffle, the movie was originally set for a May 18 summer opening, didn’t promise good things to come. Thursday night’s preview gross of $1 million is a sure sign that Slender Man is in store for a slim opening weekend before quickly disappearing from theaters. It’s a sad and surprising turn for the “creepypasta” internet sensation of 2009 that once held many a teen in its grip. (For those who may not know, creepypastas are horror-related images circulated around the internet, inspiring urban legends, YouTube videos and various forms of online media.) It’s a phenomenon distinctly belonging to the early 21st century, a viral form of campfire tales and cave drawings that speak as much to our willingness to seek out scares in any form as it does to the specificity of our contemporary fears. But like so many modern phenomena born of the internet, Slender Man’s popularity was short-lived, replaced by new fears. 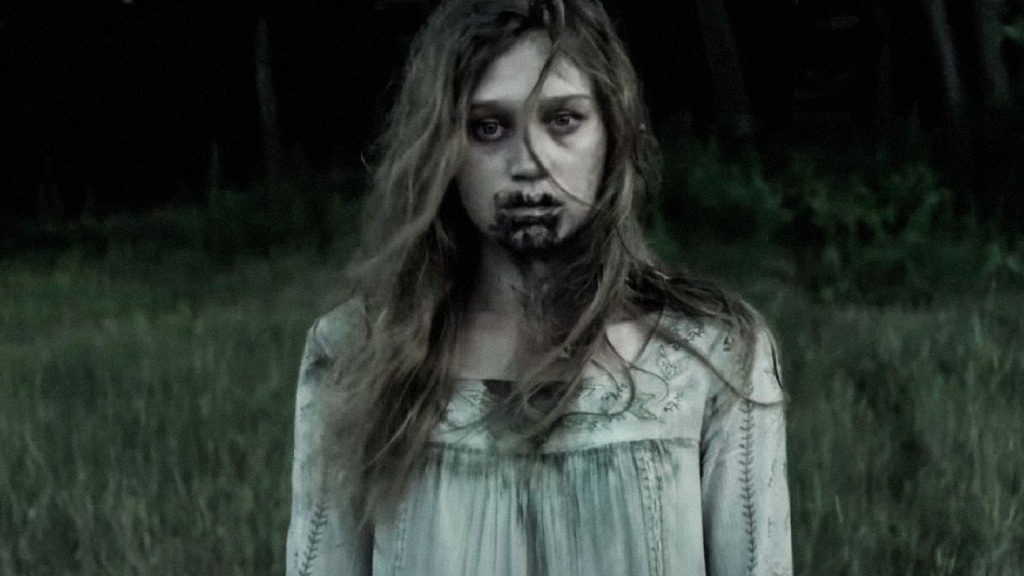 Slender Man, created in a Photoshop competition by Victor Surge on the Something Awful Forums, is depicted as a tall, thin humanoid without facial features and dressed in a black suit. Most of the lore built up around the character centers on his abduction of children and young adults, and his ability to create madness and paranoia, known as the “Slender Sickness.” Because he is a figure whose story is shared by the internet, there are few fixed rules associated with the character. The result was a horror icon that could have emerged on film as the millennial Freddy Krueger, at least for a time. While rumors of a Slender Man movie circulated for years, the project never got off the ground — after its window had passed. The 2014 Slender Man-driven stabbing in Waukesha, Wisconsin, certainly didn’t help matters. The incident, in which two 12-year old girls stabbed a 12-year-old friend 19 times as part a planned ritualistic killing in the name of Slender Man, soured the response to the character. Though the victim lived, and the incident was covered in the HBO documentary Beware the Slender Man (2016), the online creature quickly lost the spotlight.

Screen Gems’ decision to move forward with a film after the Waukesha stabbing has generated its share of controversy, with the father of one of the girls sentenced for the incident calling the film distasteful, leading to a petition calling for a boycott of the film. While Slender Man isn’t based on what happened in Waukesha, some parents are fearful that the PG-13 film will inspire similar violence. Of course, Slender Man isn’t the only horror film to have a stake in real events. Annabelle (2014), The Conjuring (2013), Open Water (2003), The Amityville Horror (1979) and The Texas Chainsaw Massacre (1974) are just a few horror films inspired by actual events. Still, these are sensitive times and backlash surrounding Slender Man should have been expected. It also doesn’t help that Slender Man isn’t a good movie.

Generic, awkwardly paced, laughably nonsensical, Slender Man fails to live up to the potential of creepypasta and the standard set by the Slender Man-centric YouTube web series Marble Hornets (2009-2014). But the quality of Slender Man is secondary to its box office. Plenty of poorly reviewed and received horror movies have managed to recoup their budgets and then some. Ouija (2014) made good on a popular concept by way of a horrible premise and managed to rake in $103.6 million on a $5 million budget, leading to a prequel, Ouija: Origin of Evil (2016), so good that it made up for the quality of the first. A similar story could be told of Annabelle, though it did have the goodwill of The Conjuring behind it. If a property is hot enough, audiences will show up for at least the opening weekend, regardless of word of mouth. It’s stunning that a property as formerly popular as Slender Man was will struggle to make $10 million opening weekend. What once had the potential to be one of summer’s highest horror grossers arrives with barely a blip, likely to be forgotten by year’s end

Slender Man’s poor showing in the aftermath of a popular concept is comparable to Blair Witch (2016). The film came out 17 years after The Blair Witch Project (1999) generated sizable attention during a screening at San Diego Comic-Con, with a number of horror journos and fans calling it a game-changer. Blair Witch is a worthy sequel, one that provides commentary on how our horror stories are told and change across decades, but it came during the last gasps of the found-footage subgenre and failed to attract a teenage audience that either hadn’t seen the original film or found the 1999 Project boring and uneventful compared to contemporary horror offerings. Blair Witch’s $45 million on a $5 million budget isn’t bad, but it wasn’t enough to spawn the franchise that was teased. Alternatively, there’s the case of Carrie (2013), which arrived too early. Following the runaway success of It last year, Stephen King is once again horror’s hottest commodity, with a number of new adaptations heading to screens big and small over the next few years. A Carrie remake, directed by a female filmmaker would have easily crossed $100 million if it had been released this year. And following It’s success, it’s arguable that Kimberly Peirce’s film would not have attempted to follow Brian DePalma’s 1976 classic so closely and instead opted for a more unique vision.

The horror films have never been more interesting. With original movies this year like A Quiet Place (2018) and Hereditary (2018), the genre has never been stronger, both in terms of high quality and box office. These aren’t films based on a previously existing property or trend, but films that tap into a specific social feeling so well that they manage to become part of the zeitgeist. Like Rings (2017), Slender Man finds itself unable to compete in this new arena. While all signs point to upcoming offerings like Halloween and Suspiria being leaps and bounds above Slender Man, so much so that it’s painful to mention them in the same sentence, it will be interesting to see how these films perform in the aftermath of the decline of slasher movies and horror remakes and quasi-sequels. The horror genre doesn’t need to return to the familiar to survive, but when it manages to do so successfully, there’s always the hope that modern audiences will find the concepts just as appealing as earlier audiences once did. Slender Man’s DOA box office won’t hurt the horror genre, but it may make studios considering adapting further creepypastas, internet sensations or events tied to real-life tragedies hesitate before moving forward. For horror, the signs of times are written in blood, fog and the ability to trend for more than a brief period of time.

'The Retaliators' to Kick Off Screamfest (Exclusive)