A long time ago — actually two decades ago this month during the summer of 1999 — Lucasfilm’s Star Wars Episode I: The Phantom Menace was being hotly debated by Star Wars fans, while in the cinema world it earned the distinction of being among the first motion pictures to be screened digitally before paying audiences, helping to launch cinema’s seminal transition from celluloid to digital.

Those first pioneering screenings were “a mixed bag of emotions: Excitement, fear, the anxiety of knowing we could quite possibly fail — and fail publicly,” remembers Lucasfilm’s director of postproduction Mike Blanchard. “I remember thinking that we must be crazy to think it would work. It seemed like it took forever to reboot when it crashed.”

Ron Howard, 'Willow' Team on Rebooting '80s Film for Disney+ Show: "George Lucas Had Always Believed It Should Be A Series"

Episode I of George Lucas’ saga arrived at four of the earliest digital cinema theater installations — two in Los Angeles and two in Northern New Jersey — on the same day as at least one digital cinema screening of Miramax’s period drama An Ideal Husband. As some remember it, the two films opened within an hour of each other, though for those involved, memories are already fading and there are varying versions of the story.

“It was Harvey Weinstein trying to one-up George Lucas, that’s the way I remember it,” one insider recalls. “Everyone considered Phantom Menace (whose digital debut was announced at Showest 1999) to be the first one. [Miramax] did a last minute thing, that’s what it seemed like.”

“It was a race for bragging rights,” remembers Howard Lukk, who was involved over the years while working at companies including Disney and studio consortium Digital Cinema Initiatives. “Miramax just edged out Phantom Menace by an hour or a couple hours.”

Retired vp of mastering at Paramount, Garrett Smith, recalls that Lucasfilm made the decision to have the digital release after he and a small group of colleagues showed George Lucas a digital cinema demo in December 1998 in Skywalker Sound’s Stag Theater at Skywalker Ranch. The demo, he says, included digitally remastered clips from films including Sleepy Hollow, The Truman Show and Grease. “That was the demo that convinced him,” Smith relates.

Lucasfilm’s Blanchard remembers that once the decision was made to debut a digital version of Episode I, “We had to pick the four theaters that were going to show it by booth size and access so it could be installed. … Just to make it more difficult we were using two different projectors because we wanted to remain agnostic to the two prevailing projection technologies at that time. A lot of people put tremendous effort into making it happen.”

These two technologies were Texas Instruments DLP projectors and Hughes-JVC projectors. TI would go on to license the DLP chip to early digital cinema projector makers Barco, Christie and NEC, while the Hughes-JVC projector didn’t quite make it out of the gate. “That projector was such a kluge. I think we were just so enamored by the technology,” laughs Jerry Pierce, then senior vp of technology at Universal and now head of the Inter-Society Digital Cinema Forum as well as a technical consultant to the National Association of Theater Owners (NATO).

In the end this far-reaching change in how movies are made, distributed and exhibited occurred not thanks to any one individual or company, but an ambitious pioneering effort that involved the Hollywood studios, filmmakers, exhibitors and technology developers. It also brought together organizations including NATO, American Society of Cinematographers, USC’s Entertainment Technology Center and Society of Motion Picture and Television Engineers, as well as countless other companies, organizations and individuals.

“I don’t think we had any idea what we were doing. But we had a path,” Pierce admits, reflecting on the early days of the transition. “This was a feeding frenzy for the sharks. Everyone wanted to be a part of this and there was so much fighting. So many companies had zero clue about the business.” 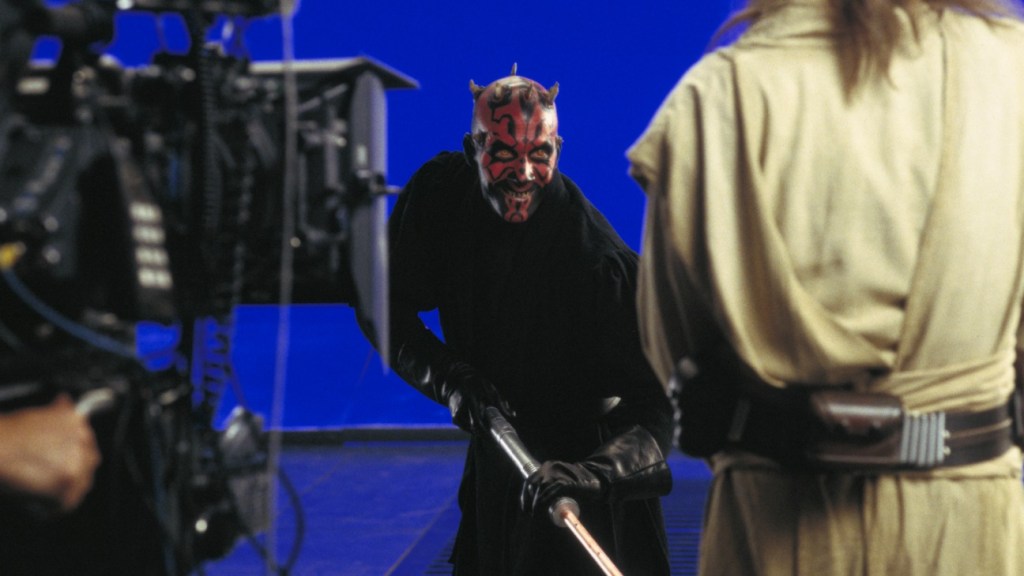 In the early digital theaters, the screenings of Phantom Menace and Ideal Husband were soon followed by Disney’s Tarzan and later than year, a handful of others including Pixar’s Toy Story 2. Rob Hummel, who headed Technicolor Digital Cinema at the time and is now president of archiving tech firm Group 47, recalls that Disney oversaw the installation of the first 12 digital cinemas in the U.S. — though early cinema technology was bleeding edge so of course there were bumps along the way. He recalls as an example that the night before Disney’s Dinosaur premiere in Tokyo during 2000, a colleague had to repair a needed server that went down. “Disney execs, everyone was there. … and the nearest replacement server was 10,000 miles away.”

Facing a change this extensive, there were countless moving parts that then needed to be addressed on the technical, creative and business sides of the equation. That ranged from developing a way to fund a transition (the birth of the ‘virtual print fee’ business model) to writing of technical standards (there were none in 1999; early digital releases were mastered on Panasonic’s D5 format). Even the standard Digital Cinema Package – the digital equivalent of a film print — took nearly two decades for all of the players to agree on and implement.

Smith remembers that Paramount showed the early Lucasfilm demo to and got feedback from the likes of director William Friedkin, as well as legendary cinematographers including Conrad Hall (Butch Cassidy and the Sundance Kid), Allen Daviau (E.T: The Extra Terrestrial), Owen Roizman (The French Connection), Bill Butler (Jaws), Laszlo Kovacs (Easy Rider) and Vilmos Zigmond (Close Encounters of the Third Kind). Smith says he insisted on involving the cinematographers in order to “make sure each film looked the way it should.”

The ability to show a consistent, quality presentation—- at least compared with the standard film release prints — was a key reason that digital cinema development occurred. “They are not blasted with dust, dirt and scratches,” Pierce said of digital releases.

Elaborates Hummel, “with the advent of high speed release printing [which pre-dated digital cinema], 5,000 [film] prints of a two hour movie could be manufactured and shipped in less than 10 days. A very quick calculation and you realize that it is physically impossible to perform any sort of quality control in manufacturing when 10,000 hours of 35mm film is pushed out the door in such rapid fashion.”

Another driver was the potential for more flexible programming in a multiplex, points out DTS/Xperi’s Loren Nielsen, whose Entertainment Technology Consultants was involved early on in the transition. “[Today] they book alternative content, like opera, ballet, and e-sports. And they can book half their screens for a big blockbuster all weekend long, reverting to more choice when demand dries up. The technical and operational freedom brought about by digital cinema paired with mobile and internet ticketing means exhibitors can program what customers want, when they want.”

There were plenty of unintended consequences along the way, for instance the rebirth of 3D motion pictures. And the community agrees that there’s still more work to be done.

No one predicted the large number of deliverables that studios would need to make to accommodate these different combinations of 2K, 4K, 3D, 4D, high dynamic range, different light levels, premium large format brands such as IMAX, as well as of course local languages. Pierce estimates that today, a major Hollywood movie release involves between 300-500 versions to support these various systems, worldwide, day and date.

Nielsen believes a next step is to refine what is referred to as a “smart” Digital Cinema Package. That is, “a method to encode a set of instructions into the DCP along with the underlying content so that movies play as intended in different territories and across different technologies. We do have some metadata, but we need more engineering and extensive business and standards work to realize the potential.”

Meanwhile, there are still digital cinema skeptics such as Christopher Nolan and Quentin Tarantino. Admits Lukk: “I still think a well done 70mm projection is better than what we see in digital. That’s what we need to strive for.”

While there were numerous reasons the digital transition began, for the studios a key factor came down to the saving that they expected to enjoy by eliminating the cost of making film prints. “I think there was curiosity about how much money,” Pierce says, adding that this promise will be fulfilled in the near future as the “virtual print fee” deals — meaning the fees the studios pay to exhibitors to offset the cost of installing digital cinema projection technology — will expire. “Many are expiring in 2020,” says Pierce. “That’s when the real saving occurs.”

In the end, all involved contributed to a historic change in cinema, and they look back fondly of the experience. “It was one of the most exciting times of my career,” reflects Smith. “I felt like I was witnessing the biggest change to hit movies since color or sound. We wanted to make digital cinema as good as it could be. We had only one chance to do it right. All in all, I think we did pretty good.”