[This story contains spoilers for Suspiria.]

“What do you know about witches?” It’s a question that echoes across Dario Argento’s 1977 film Suspiria and into contemporary horror. The release of Luca Guadagnino’s remake of Suspiria is bringing witches to the forefront of horror once again, if only in part because of the film’s divisive nature. No matter how polarizing the film may be, the horror surrounding these witches, along with the social and political ramifications they and their craft represent in Guadagnino’s film, is something worth discussing and dissecting long after the credits have rolled.

Suspiria is purposefully challenging. Not only because it serves as an alternate text to Argento’s masterpiece, or because of the history lesson the film aims to impart through its divided Germany setting, but because it questions the preconceived notions of witches as horror movie ghouls.

The new Suspiria is only a piece of something larger brewing within contemporary horror — the re-emergence of witches as a means to explore not only psychological trauma, but divisions between young and old, man and woman, and innocence and not. From The Witch (2015) to The Autopsy of Jane Doe (2016), Hereditary (2018), Suspiria (2018) and even Chilling Adventures of Sabrina (2018), witches are essential figures in the modern horror movement and are proving to be not quite as extensively known as we once thought.

The setup of Suspiria is largely the same as the original. American Susie Bannion travels to a prestigious dance academy in Berlin in 1977, and within the halls of the academy is swept into a conspiracy involving a coven of witches. But beyond that, everything but the names is vastly different from Argento’s version. While the film still makes use of the Three Mothers mythology Argento established in Suspiria, Inferno (1980) and Mother of Tears (2007), Suspiria 2018 has more than horror and the legacy of Giallo on its mind. The new Suspiria favors a triptych of themes with roots that are directly traceable to societal epidemics, even as the film dances between stark reality and mad fever dream.

At the heart of Guadagnino’s film, penned by David Kajganich, is a battle between the young and the old. We see these lines drawn through protagonists Susie Bannion (Dakota Johnson) and Dr. Josef Klemperer (Tilda Swinton), who are, respectively, searching to reclaim the future and the past. We also see it within West Berlin’s political turmoil and how the RAF and the highjacking of Lufthansa Flight 181 establish the failures of East and West Germany, and the resulting political extremism forced upon the young, like Patricia (Chloe Grace Moretz). And we see this division again when it comes to the question of power within the coven, and the political struggle for it highlighted by Madame Blanc (Tilda Swinton) and her elder Mother Markos (Tilda Swinton, again). There are generational struggles happening at the core of Suspiria, and the horror that’s unleashed is a direct result of an impasse between willful change and the aversion to it. Faith, as a result, becomes a casualty of age because it is the very thing that allows forward motion or prevents it. Ultimately, whether we’re discussing the political or the supernatural, faith, or the lack of it, is behind every division in this film and forces characters to take sides and be judged.

Faith is tribal. This is highlighted early on by Susie’s Mennonite background, a strict religious existence based on old rules and old ways that quickly die once she becomes part of the New Age witchery at the Markos Dance Academy. Even the divide between the Mennonites and the Amish is briefly referenced in the film, further highlighting separation as a central theme. Once inducted into the academy, Susie establishes a new belief system (one given credibility by dreams) and a new mother in Madame Blanc to replace her strict and dying biological one. Suspiria is built upon the process of division, and we see it replicated again and again, a cellular process that ultimately forms the film’s identity, as well as its place as a piece split off from Argento’s original. 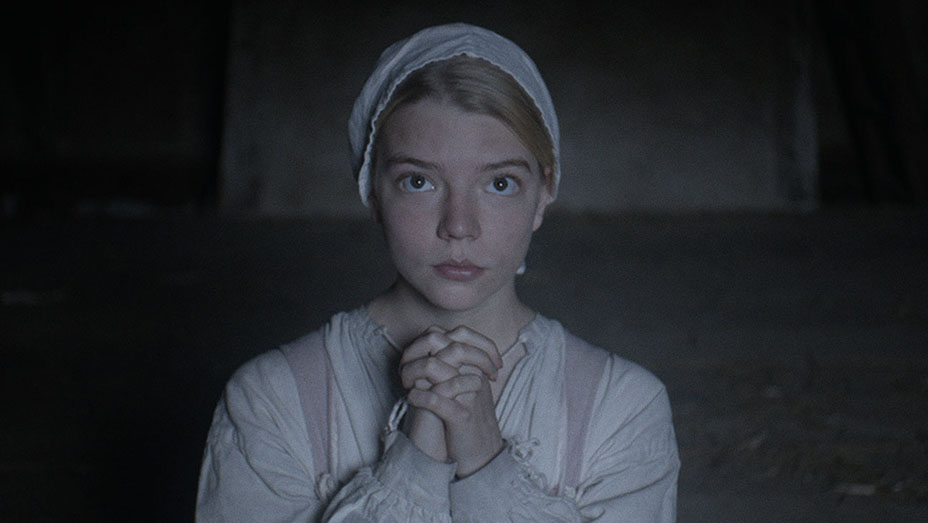 Age, and the way in which faith comes into play, in Suspiria recalls another film: Robert Eggers’ The Witch deals with similar subject matters, though the stage on which it’s set is far more isolated, though no less political. Thomasin’s (Anya Taylor-Joy) journey to find herself/coven is less the result of newfound sisterhood than a desire for independence and individuality. Rejecting the puritanical ways of her family in 1630s New England, the hypocrisy of her mother, and her inevitable and unfulfilling place as simply wife and mother, Thomasin is seduced by the devil in the form of a goat, Black Phillip, and ultimately awakens to her own power. The Witch supposes that Christianity, at least the fire and brimstone version of it that existed in the 17th century, is an improper basis for America, an unyielding homestead that can’t nourish future generations. Christianity is the very thing that drives a wedge between Thomasin and her family, and the lack of reward for their faith promises their ruin long before the supernatural mayhem takes hold. If faith and the American dream born of it could not support family in the 17th century, then what chance does it have to support us now? That is the horror question unburied in Eggers’ film, and although Guadagnino’s Suspiria is separated by time and place, it’s asking a similar one: What are we if we remain shackled to the past? Susie and Thomasin are representative of power, youth and the future. And though some may fear it, the future is female. 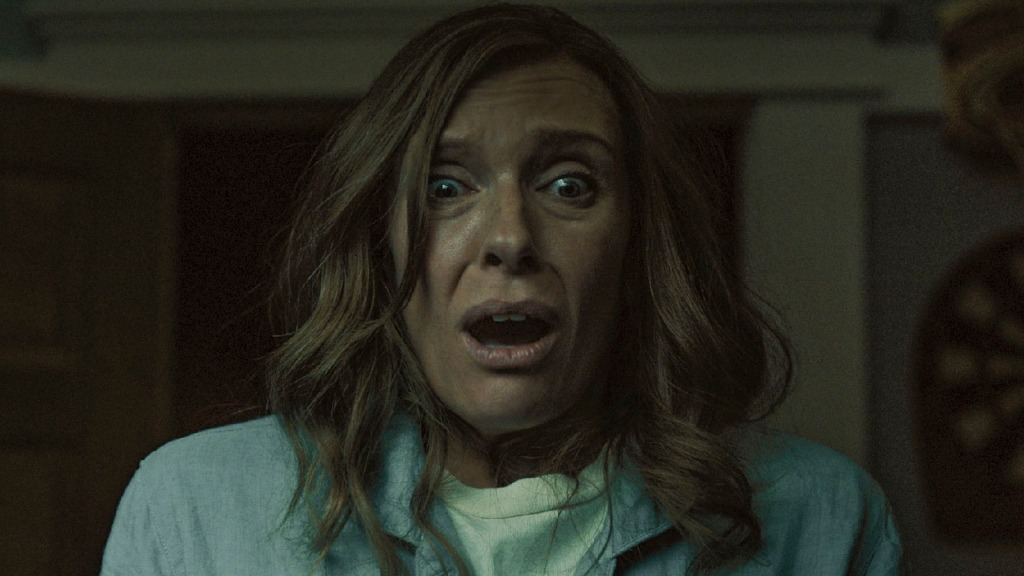 The reason behind the rise of witch films in modern horror is linked with a growing understanding of feminism, not simply its existence but its necessity. Whether direct, as certain elements of Suspiria are, or the result of fate, the witch film feels tailor-made for the age of #MeToo. Josef Klemperer, Suspiria’s only male character, outside of two supporting police officers, is defined by his denial. He denied his wife, Anke’s (Jessica Harper) concerns about the Nazis, believing falsified Aryan documentation would keep her safe. He denied Patricia’s concerns about witches at the Markos Academy. And while he does act eventually, alerting the police to Patricia’s disappearance, his actions are too late and he becomes haunted by his brief but ruinous pattern of not believing women.

It’s worth noting that the most prominent modern horror movies concerning witches have been written and directed by men. The Witch, The Autopsy of Jane Doe, Hereditary, Suspiria and Chilling Adventures of Sabrina by way of its showrunner, are all driven by male voices. Perhaps this is a way for men to come to terms with the societal mistreatment of women in the realms of religion, science, mental health, politics and everyday life. These male-scripted and -directed projects appear to be an attempt to draw attention to broken practices and perhaps heal broken minds, though one wonders how a female filmmaker would explore these themes in contemporary horror if given the opportunity.

In the original Suspiria, Dr. Frank Mandel (Udo Kier) says, “Bad luck isn’t brought by broken mirrors, but by broken minds.” The psychological aspect of horror is nothing new, and when it comes to modern witch movies like Hereditary, it’s more pronounced than ever. Perhaps an alternative reading befitting our modern horror would be that bad luck is brought on by broken mirrors and broken minds. But when considering this line in the context of the new Suspiria, a broken mind is more than mental illness, or at least more than the thoroughly mined movie mental illnesses. Conceivably, based on Klemperer’s action and ensuing guilt, a broken mind in Suspiria is a masculine failure that allows women to so often be branded as liars and paranoids. The one apparent liar in the movie, Mother Markos, isn’t ousted by Kemperer, but by Susie in an expression of judgment in which men are removed from the equation.

This broken masculine mind is systemic, and arguably an aid to further abuse and fascism. Consider the term “witch hunt,” which has been so often and frequently misappropriated of late when concerning those accused by the #MeToo movement. Witch hunts existed because of the lack of power women had, and to associate the term with men, who so often hold the power, is a misunderstanding of the term and a dismissal of the deaths of women branded witches. This subject is addressed in The Autopsy of Jane Doe, in which an innocent woman killed during the Salem witch trials seeks revenge against the town that killed her. Like in Suspiria, and The Witch before it, The Autopsy of Jane Doe doesn’t necessarily place the figure of the witch in the moral right, but it doesn’t necessarily condemn her as evil either.

From Black Sunday (1960) to The Blair Witch Project (1999) the horror movie witch is far from innocent. In fact, these cinematic witches are often the corruptors of innocence. The original Suspiria is very much built around the preservation of Susie’s innocence. Yet more recently, we’ve seen witches emerge as our protagonists, or at the very least figures who are more interesting to see win than lose. Of course, witches have long been the protagonists in fantasies and comedies from The Wizard of Oz (1939) to Practical Magic (1998), but in horror they are more often than not the source of evil. Or, as in the case of The Craft (1996), divided between a dark side and a light side of witchery.

But Guadagnino’s Suspiria doesn’t draw moral lines in the grand sense of good and evil. In fact, it’s the one area of division the filmmaker and screenwriter Kajganich don’t tackle. While we as an audience may make certain moral judgements about the breaking of Olga (Elena Fokina), or the torment of Sara (Mia Goth), the characters in the film don’t offer moral judgment outside of the scant male characters. Even the slaughter that marks the last act is driven by political motive. The film lacks a moral center, a character who looks on the others and dictates to the audience what is right and what is wrong. Instead we have witnesses, but they are just as culpable in their own way, representing the film’s German expression for national guilt or, vergangenheitsbewältigung, be that in the form of Klemperer’s denial or Sara’s lack of faith.

Highlighted by the film’s signature dance performance piece, “Volk,” composed by Thom York, Suspiria is ultimately interested in people rather than figureheads, legends and character types. Even when Mother Suspiriorum is revealed in full, she maintains her humanity, perhaps even puzzlingly so, allowing characters to move past guilt and the old failures. While German leaders leave their country divided and haunted by Hitler, Mother Suspiriorum creates a means for unity within her coven, one that isn’t without cost, but is built on an empathetic foundation, even when taking all the blood and bodies into account. This empathy then becomes the central factor of witchcraft whether we’re talking Suspiria, The Witch or The Autopsy of Jane Doe. Yet it’s a facet that remains mysterious as all good avenues of horror should. In recognizing their ability to not simply corrupt but to empathize, and cast a means for our ability to empathize with them, what we know about witches may be more frightening than ever because they’re no longer simply villains in the dark.

What Is 'Suspiria' Trying to Say?