When director Bryan Fogel first became interested in telling the story of The Washington Post journalist Jamal Khashoggi’s 2018 murder, the main characters he believed were central to the story weren’t interested in chatting. Two of those figures — Hatice Cengiz, Khashoggi’s fiancee, and Omar Abdulaziz, his friend and an activist — were emotionally distraught and declined to participate. The third source, the Turkish authorities investigating Khashoggi’s murder, needed to feel that they could trust the filmmaker and that he wouldn’t politicize the story before agreeing to any interviews.

And so Fogel, the filmmaker behind the 2018 Oscar-winning documentary Icarus, began the long, hard process of trying to build trust with those key sources. He flew to Montreal with producer Jake Swantko to meet Abdulaziz and offered to leave all camera cards containing interviews with the activist; he spent an initial five weeks in Istanbul, meeting about 10 times with Cengiz and taking long meetings with Turkish officials. The strategy eventually worked and, “to this day, you’ll never find another interview with Fahrettin Altun or with Irfan Fidan, the chief prosecutor, or with Recep Killic, the CSI examiner, or with Abdulhamit Gül, the justice minister, talking about the Khashoggi case” outside of The Dissident, Fogel says.

Comedy Docs Are Among Emmy Contenders This Season

The resulting film toggles among the narratives of Khashoggi’s horrifying disappearance at the Saudi Arabian consulate in Istanbul in October 2018, the ensuing investigation and his death’s effect on people close to the journalist. In the process, The Dissident makes the case that Saudi Arabia, whose royal family was implicated in the murder, has never been properly dealt with by the global community.

In an interview with THR, Fogel discussed the security precautions he took, why he felt the film required independent financing and what stances he hopes to see a Joe Biden White House take on Saudi Arabia.

How familiar were you with Jamal Khashoggi and his work before the film?

In all honesty, I wasn’t really familiar with Jamal until his murder. As I started to dive into this story, I became more impassioned to tell it as I started learning more and more about Jamal — speaking to his friends and those who love him and then reading his writings. It became clear that this was a voice for progressive change and certainly not someone who was looking to overthrow the kingdom. Nor was he advocating that Saudi Arabia shouldn’t be a monarchy; he was simply saying that if you’re going to be king or prince, you can lead by example — you don’t have to crush the voice of dissent.

Did you take the same security precautions with your sources and yourself that you did on Icarus?

When we’re working on a project, we are completely off the internet. None of the actual editorial machines, working machines, are ever using the internet. We put that into place during Icarus, and that was the protocol with The Dissident. I’ve worked with a number of different cybersecurity experts — a couple that you see in the film — to go through my stuff and monitor my devices and see to it that I’m OK. As you see in the film, there’s only really so much you can do. If a state actor is trying to harm you using hacking, cyber threats, etc., they’re going to find a way. And if Jeff Bezos can be infected, you’ve got to believe that no one is safe. This is what [Edward] Snowden put forward and continues to put forward, and I think the film shows this: the pervasiveness on a global level of what can be done if you are a state agent or if you have sophisticated hacking software, whether you’re targeting a dissident, a criminal or the richest man in the world.

The film was independently financed by the Human Rights Foundation. What did independent finance mean and why does that matter for a story like this?

Independent finance essentially means filmmakers go and get their projects made outside of the studio system where there is a pure financial model, or somebody is buying it ahead of time to put it into theaters or on their platform. Icarus was independently financed through Impact Partners, which is a group of high-net-worth individuals that finance documentary films they believe will have an impact. In The Dissident‘s case, the financing came through Human Rights Foundation. 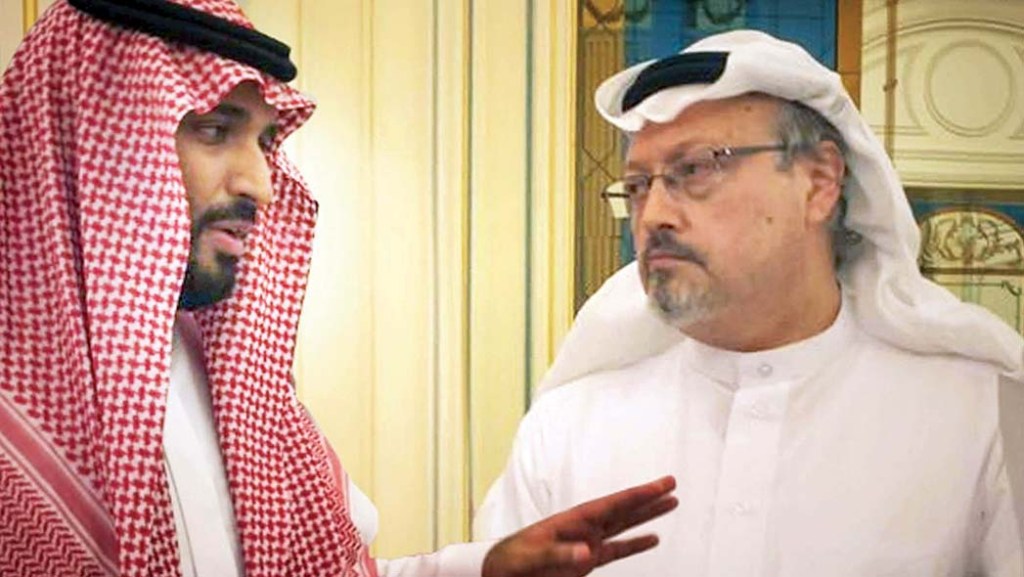 For the kind of films that I’m making, the independent financing model generally works the best. I have a couple of projects right now that are at studios, and it’s a very different model. You are submitting budgets, they are cash-flowing in phases step by step, and you’re constantly going to seek approval for what you’re going to shoot. For documentary, where you’re generally following a story and you don’t know how long it’s going to take, the independent financing route gives freedom to tell a story that you might not otherwise be able to tell. I don’t think I could have made this film within a traditional financing model. I spent seven months living in Turkey in 2019, three months in Montreal, another two to three months traveling between New York, Washington, London, Geneva, Ankara. It would have been pretty impossible to make a film with that kind of oversight.

Khashoggi’s fiancee, Hatice Cengiz, has said she was initially reluctant to work with you. How did you end up winning her trust?

Hatice and I first spoke in the beginning of November 2018, and she didn’t want to participate in anything — certainly not a documentary or anything like that. She told me to call her back about a week later, and I did, and at that time she said, “Look, I don’t think I’m interested in doing this, but if you’d like to come to Istanbul, I’ll take a meeting with you.” I thought I was going to Istanbul for a week; I ended up there for five weeks. I would go from meeting with Hatice to then meeting with the Turks and building that trust.

I went back to the U.S. right after Christmas, and she was going to have her first appearance at the European Parliament in Brussels in the beginning of February. And she said, “I think I’m ready. If you want to meet me in Brussels, I’ll allow you to film.” And that began the next year of going with her to Washington, to the United Nations, as she lived in London, back and forth to Istanbul. What really transpired was a friendship. I told her that if she trusted me with her story, that this was not something that I was going to walk away from, that this is something that I’ve continued to work on and still do today.

What are your hopes for how President-elect Biden and his administration will treat Saudi Arabia as opposed to how Trump’s White House did?

When I was with Hatice in Washington, she met with [Nancy] Pelosi, Mark Warner, Adam Schiff and many others that we didn’t put into the film. In the film, you see Lindsey Graham, Bob Corker, Rand Paul all basically admonish Trump’s response to the Khashoggi murder and calling for action. I think there is a real bipartisan support in the U.S. to have sanctions, to not continue to sell them weapons, to basically demand change. Whether or not that happens, I don’t know. I do know that on the second anniversary of Khashoggi’s murder, Biden released a statement that, if he were to be elected president, that one of his key things he’d be looking at is the U.S.-Saudi relationship and holding Saudi Arabia accountable for this murder.

It couldn’t get any worse, so I think it can only get better.