One of the biggest challenges Mank production designer Donald Graham Burt — recently nominated for an Oscar for his work — faced was that the production was not granted access to Hearst Castle on California’s Central Coast. But interiors and exteriors of William Randolph Hearst’s extravagant estate were needed for key scenes in director David Fincher’s biopic about screenwriter Herman J. Mankiewicz, played by Gary Oldman, during the period in which he wrote the screenplay for Orson Welles’ 1941 classic, Citizen Kane.

So, with the real San Simeon off-limits, Burt went about designing elaborate sets at Los Angeles Center Studios for interiors like the castle’s dining room, where a messy confrontation occurs during a party. “There’s no way to replicate Hearst Castle, and we weren’t trying to,” says Burt, who has worked with Fincher since 2007’s Zodiac and won an Oscar for the director’s 2008 film, The Curious Case of Benjamin Button. 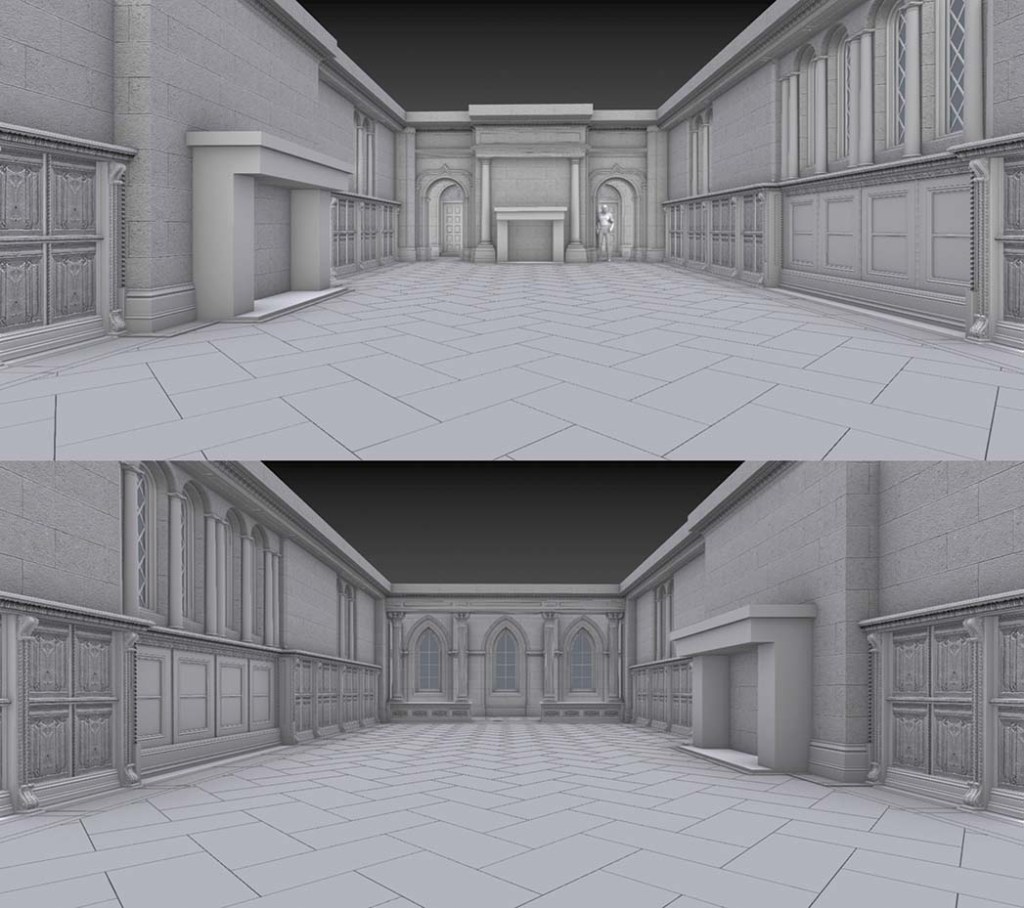 Burt began by studying reference photos and pieces of film of the actual castle in “that romantic period,” some of which were, appropriately, black-and-white, just as Mank would be. Notes Burt: “The actual dining room at Hearst Castle is a monastery that I believe William Randolph Hearst purchased in southern Spain. He disassembled it, shipped it back and reconstructed it within the framework of his compound. It’s a collision of styles — there were Gothic details, there were Spanish Revival, Colonial Revival details and, of course, the infusion of Classicism. It was very ornate.

“We tried to pick and choose elements that we could incorporate in a much more modest fashion and at the same time evoke that feeling,” Burt continues. That included large stone fireplaces, Gothic tracery, wood paneling and large hanging tapestries. “We wanted to configure the room as a mirror of what Hearst Castle is, in the sense of the layout — a long narrow table within this long linear space,” he explains. “And we wanted to bring in the stone tile treatment to tie it to Hearst Castle.” 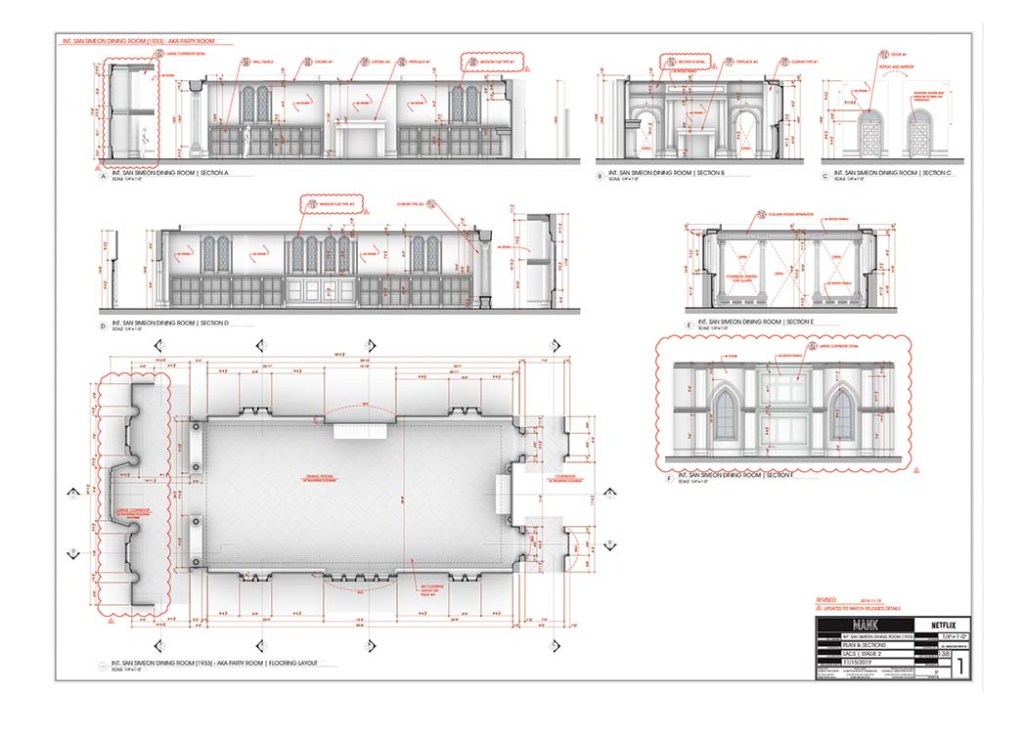 For a separate birthday party scene involving Arliss Howard’s Louis B. Mayer, the same set was used, and Burt reconfigured it by changing fireplaces and windows.

After the big dramatic scene in the dining hall, Charles Dance’s Hearst and Oldman’s Mankiewicz walk down a long, mirrored hallway, echoing Citizen Kane‘s shot in the hall of mirrors in that movie’s fictional castle, Xanadu.

“That set was driven by the dialogue and the narrative,” Burt explains. “David expressed early on that he wanted to have them leave the room and do a long walk-and-talk to get to the front door of the building.

“We took license and employed the architectural details and visual language from the dining hall,” he continues. “We extended it into a greeting area that led to a hallway. We timed it out before we drew it up as to how much space we thought we needed for the dialogue to get [Oldman and Dance] to the front door so that [Fincher] could do it in one take without having to cut.”