Aardman Animations’ irrepressible Shaun made his onscreen debut 26 years ago in the Oscar-winning Wallace & Gromit short A Close Shave, and while the little stop-motion sheep had just seven minutes of screen time, his appearance garnered so much attention that he went on to become one of the Bristol, U.K.-based animation studio’s most recognizable characters.

After a quarter-century, the Chaplin-esque sheep created by the legendary Nick Park is as popular as ever. A Shaun the Sheep Movie: Farmageddon, Aardman’s second feature-length movie based on the woolly character — who in this film has a close encounter with an alien — debuted on Netflix in February 2020 and is now vying for an Oscar nomination (its 2019 U.K. release earned a BAFTA nom last year). 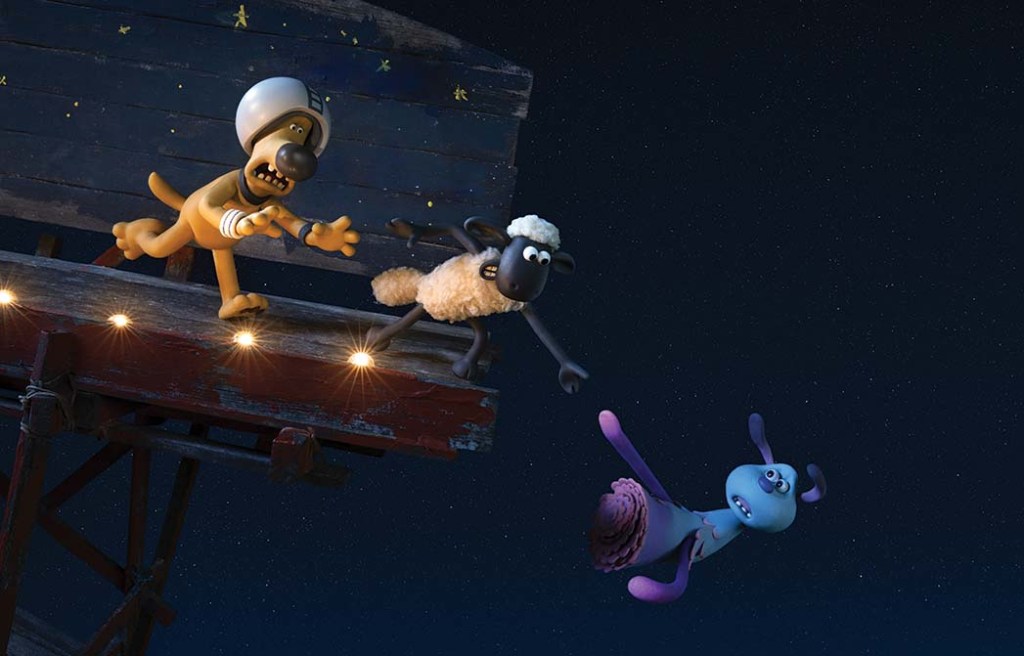 When the Aardman team began to brainstorm a follow-up to 2015’s Oscar- and BAFTA-nominated Shaun the Sheep Movie, the filmmakers decided to expand Shaun’s world and give the sci-fi genre the Aardman treatment, with its signature combination of heart and quirky humor.

Shaun’s home is the isolated Mossy Bottom Farm, which “lent itself to UFO folklore,” explains Richard Phelan, who directed Farmageddon with Will Becher. A young alien named Lu-La arrives and befriends Shaun, who must help to reunite her with her family, while the “Ministry of Alien Detection” and its leader, Agent Red, are in hot pursuit. “We always think of [the characters on the farm] as a family. [Sheepdog] Bitzer is like the older brother who has to look after Shaun and clean up after him,” Phelan says, and Lu-La becomes a sort of younger sister to Shaun. “We give Shaun a sense of responsibility. He starts to see the world through Bitzer’s eyes.”

Phelan further explains, “We wanted to make it feel like a big, epic sci-fi movie through camera choices, color and lighting, but it’s a really intimate story about a sheep, a dog and an alien.” 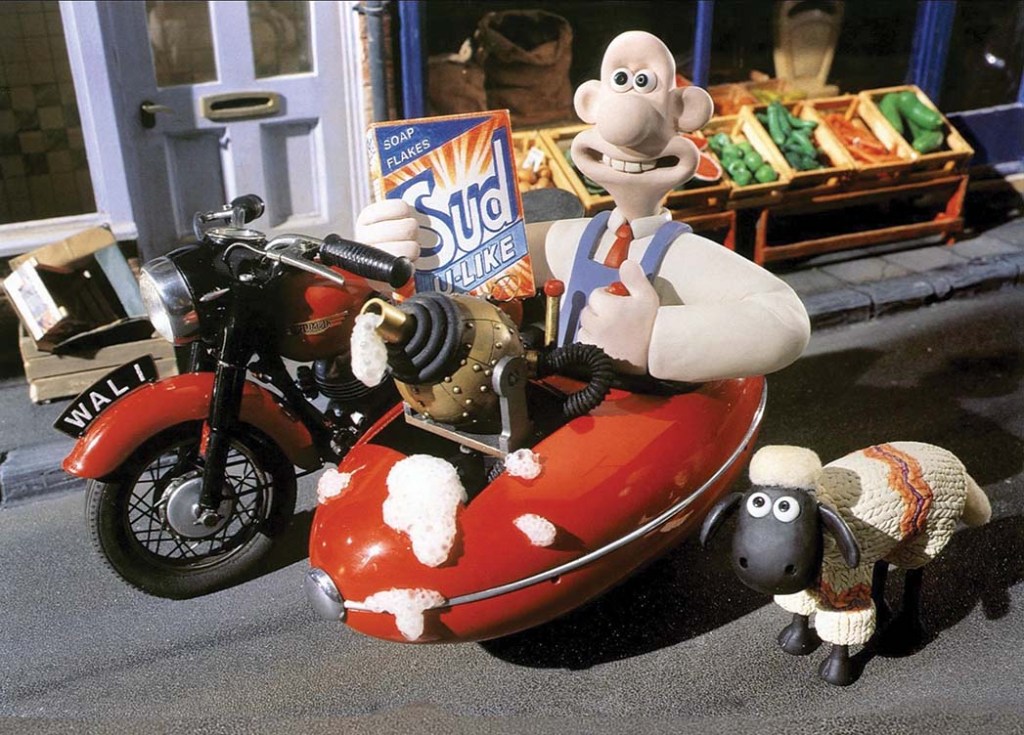 Aardman’s “sci-fi nerds,” as Phelan calls them, loaded the film with references to classics like E.T.: The Extra-Terrestrial, Close Encounters of the Third Kind and 2001: A Space Odyssey as well as properties from Dr. Who to Jeff Wayne’s Musical Version of War of the Worlds. Its science fiction nods include Agent Red’s sidekick Mugg-1N5, Aardman’s playful take on Pixar’s Wall-E; a grease stain on a pizza box resembling a symbol used for alien communication in Arrival; and a piece of burnt toast rising from a toaster like the monolith in 2001. And though the expressive Shaun movies are dialogue-free, homages by no means are limited to imagery. Agent Red whistles the theme to The X-Files to open her door, while agents gain entrance to their underground base with the iconic five-note melody composed by John Williams for Close Encounters. 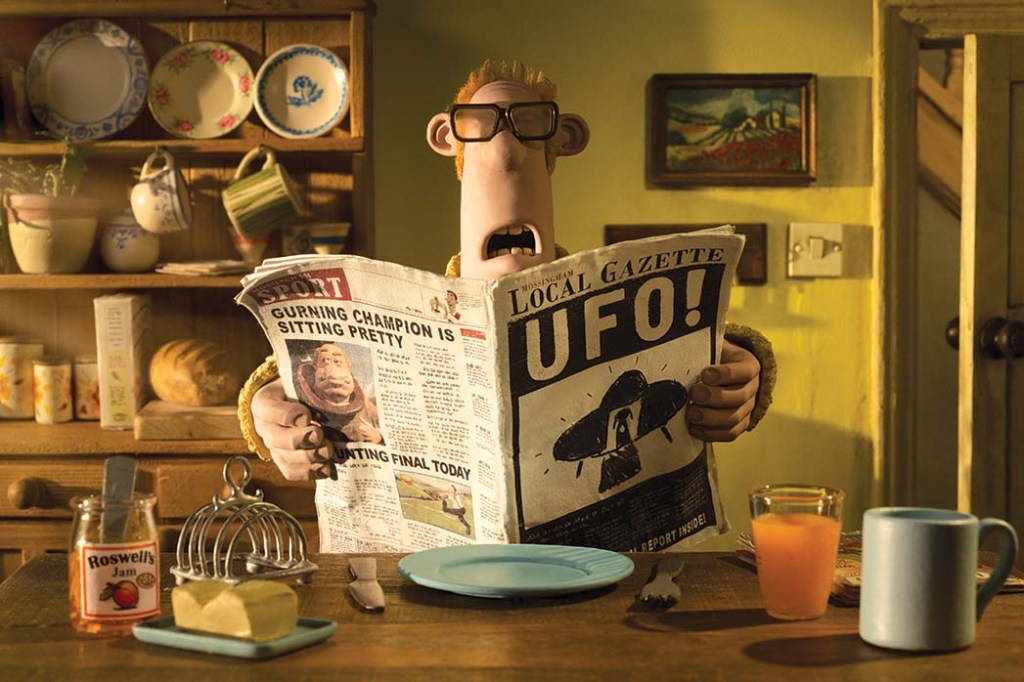 As with all Aardman’s stop-motion efforts, puppets were used in the production — Shaun was roughly 5 inches tall. The hand-built sets were created to be shot in a widescreen aspect ratio — “a sort of trope of sci-fi films, the great unknown,” says Phelan. And, as for Lu-La, she comes from an aquatic-themed world, so her design takes some inspiration from an octopus and was given a shade of blue with “bioluminescence in her ears, which were injected with glitter and nail polish so her ears would shimmer on camera.”

Creators Behind 'Wolfwalkers,' 'Shaun the Sheep: Farmageddon' and 'Earwig and the Witch' Dive Into Their Otherworldly Characters