One of the most striking scenes, and one of the trickiest to shoot, in Hulu’s The United States vs. Billie Holiday involves a roughly three-and-a-half-minute Steadicam shot that follows the titular character, played by Andra Day, on an emotional journey that summons up painful memories as she discovers a lynching.

Cinematographer Andrew Dunn ­reteamed with director Lee Daniels, with whom he’d collaborated on such films as The Butler and best picture Oscar-nominated Precious, to tell the emotional story of jazz singer and civil rights advocate Billie Holiday.

He lensed the movie in Kodak 35mm film, using 50-year-old anamorphic lenses to give the story, set largely in New York during the 1940s, “a sort of life and breadth to it and a definite texture.” He took inspiration from footage of the legendary performer as well as images of period New York, and he also reviewed music performance films such as the Julie Andrews starrer Victor/Victoria and La Vie en Rose, in which Marion Cotillard played French chanteuse Édith Piaf.

He describes that key shot in which Holiday is starkly confronted with the horror of racism as “this whole dance, in only one shot, of kind of seeing what she’s seeing.” 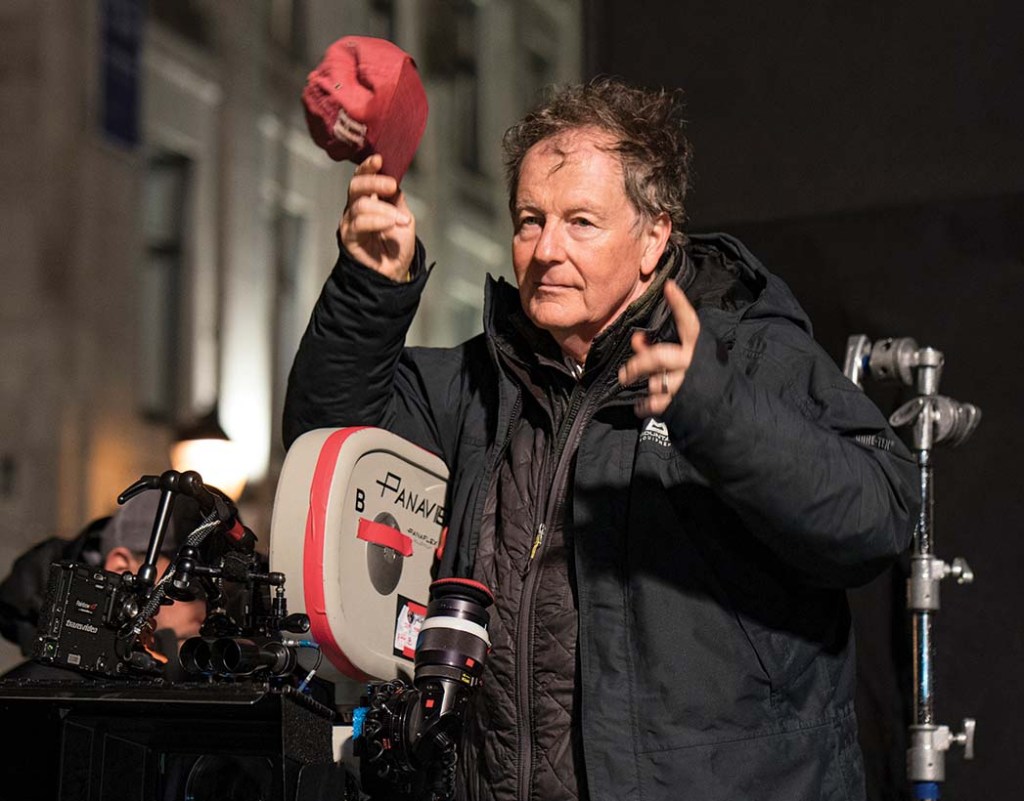 The take begins after Holiday steps off a bus. “She hears something and investigates what it is and sees a family whose house has been torn down and burned, and the burning cross and the lynching,” recounts Dunn. Jimmy Fletcher (played by Trevante Rhodes), a federal agent with whom she has an unlikely romance, approaches her, and she pushes him away as she goes into a shack that’s still standing. Steadicam operator Yoann Malnati followed Day’s distraught Holiday into the shack and through a series of vignettes that she encounters inside. Says Dunn, “She takes this traumatic journey of reliving her own experiences, her imagined experiences and the experiences of other generations and people like her and like her family and people she sang for.”

The sequence, though set in the South, was lensed on location in the Montreal area, where the movie was filmed, with production designer Dan Dorrance creating a set inside the wooden shack that Dunn likened to a maze containing each vignette. “It took us quite a long time to find this place and then to work out the different sequences within that, build those sections within it, different dressing, different lighting and lighting changes within. It has a different feeling in [each] light change so we could go on this journey with her. It’s not a very big space at all, but because of the way it’s laid out, you feel as though it’s a much bigger, deeper area.”

The DP, whose credits include 1994’s The Madness of King George, for which he was BAFTA-nominated, says they rehearsed the dance between actress and camera, but adds that “one of my things always is to not rehearse too much, and to shoot the rehearsal, because then it allows a spontaneity of what she’s finding and responding to in this space.

“It was a very complex shot, but with two or three takes, she just got it,” he adds. From that point there’s an edit and the camera then follows the actress, dressed for a concert performance, as Holiday walks through a curtain and onto the stage at Carnegie Hall to sing the protest song “Strange Fruit.”

“We wanted to take her through all this, and then she’s eventually in this fabulous auditorium and we’re onstage with her. It’s just us and her. There’s no real audience in there,” Dunn says. “She’s so tumultuously emotional.”

This story first appeared in a March stand-alone issue of The Hollywood Reporter magazine. To receive the magazine, click here to subscribe.