In taking on the challenge of transforming Christian Bale into Vice President Dick Cheney for Adam McKay’s $60 million Vice, makeup designer Greg Cannom had to use every tool in his toolbox. For the Annapurna feature, which bows in theaters Dec. 25, he opted for a combination of makeup, prosthetics and wigs so that Bale, 44, could play Cheney from age 21 up to about 75. Says Cannom — a three-time Oscar winner for Mrs. Doubtfire, Dracula and The Curious Case of Benjamin Button — “I used every trick in the book.” Everything, that is, except digital touch-ups.

To resemble the vice president in his later years, Bale was required to wear a wrap-around prosthetic that covered his neck, cheeks and chin. “Christian had never worn prosthetics before, so he was very leery of this,” recalls Cannom. “He was pretty happy when we put the appliances on him and he found out he could really move his face around.”

Bale also wore two small appliances on his nose. “He has a little dent on the side of his nose, so we made it a little wider and we made the tip a little longer,” adds Cannom. “After we shot the first part of the film with him at 21, then he would shave his head every day and we would go in and we would make it up with a lot of makeup to look bald.” 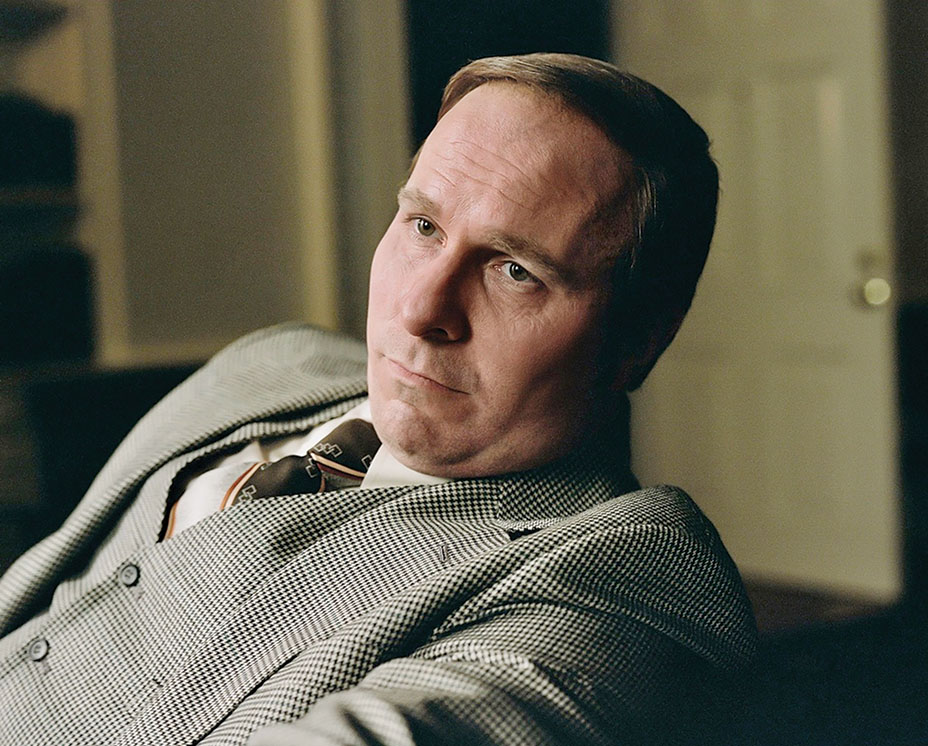 The entire look involved extensive makeup application — highlights and shadows. “I used a special rubber-mask grease makeup that you could use on rubber and appliances,” explains Cannom, who applied Bale’s makeup himself. “It holds up really well, and it gives a translucency to it that looks very real. I’d use different colors of bases, and the very last thing I’d do is I’d go in with reds to pop the reds in his face to look really natural.”

Completing the look was a wig, designed to make Bale’s head look a little wider at the top, more like Cheney’s. “Like we did in Mrs. Doubtfire,” says Cannom. “Robin Williams had a huge forehead, and we took the wig and brought it way down to make his forehead look smaller. It’s tricks like that we were using.”

In all, it made for a grueling schedule. For the most complex looks, it took three and a half to four hours to apply Bale’s makeup and wig. “Sometimes we shot two different makeups a day, so we’d have to take him out of that and redo the whole thing at a different age,” recounts Cannom. “I was very concerned with Christian sitting that long for the makeup, but he never had a problem with it. While we were doing his makeup, he’d be researching Cheney photos and videos and everything.” 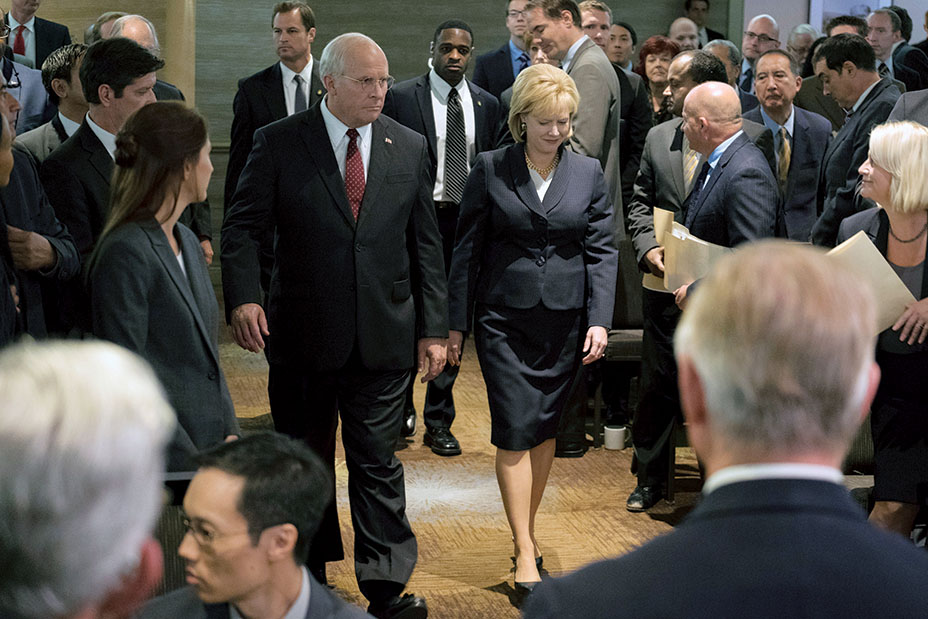