Author Stephen King has never been a fan of Stanley Kubrick’s 1980 adaptation of The Shining, publicly citing the liberties the film took with the 1977 source novel. Now writer-director Mike Flanagan is bringing a sequel to the screen with Doctor Sleep, an adaptation of King’s 2013 follow-up.

The story focuses on an adult Danny Torrance (Ewan McGregor), who has spent the 30 years since the events that transpired at The Overlook Hotel drifting and trying to deal with the fallout. He meets a young girl named Abra Stone (Kyliegh Curran), who has powers even greater than his own,and who is being stalked by a secretive group called The True Knot and their leader Rose the Hat (Rebecca Ferguson).

Warner Bros.’ marketing and promotional campaign has used connections to the original film to make sure audiences understand this is a sequel, but that has come at the expense of explaining the movie’s characters and story. Below is a closer look at the rollout.

A familiar word is shown on the first poster (by marketing agency Cold Open), which was released in early June. While it looks like “red rum” from the perspective of the camera, the fact that the release date and other copy at the bottom is backwards makes it clear we’re looking at it from behind and that the word reads very differently the other way around.

In early October, two posters came out that evoke The Shining even more overtly. The first has a message that applies to the audience as well as Danny Torrance: “Dare to go back.” The adult Danny is shown walking down a hallway of The Overlook toward his childhood self, seen with his back to the camera as he rides his scooter. It’s drenched in red, like the blood that washes through the hallway in one of the original movie’s key sequences.

The second poster (by marketing agency BOND) uses the same tagline but brings back elements used on the posters for the first movie, showing Danny’s face through a crack in the background similar to how his father Jack looked through the door he’d broken while chasing his family around the hotel. Even the bright yellow color is a callback to one of the original’s posters.

Two more posters were released later in October. One seems to be attempting to appeal to fans of the body horror subgenre by showing Danny with his eyes removed and replaced by the scrawled “red rum” letters. Danny is upside down on the second, his eyes appearing over the hands of a young boy below him, the boy’s face obscured. These two use the tagline, “Fear never sleeps.”

Danny Torrance is living his life the best he can as the trailer (11 million views on YouTube) from June opens, still doing a lot of writing on walls, it seems. When a mysterious incident leaves a familiar phrase in a cracked wall, things start to get weird, including Danny meeting Abra, who figures out the two of them have a lot in common. It’s clear there are dangerous people out to get those with “the shine” as we see Danny recounting the trauma of his childhood that first awakened his abilities, events he’s still grappling with but which seem to be ready to come back to haunt him.

The second trailer (7 million views on YouTube), released in September, immediately gets Danny back into The Overlook Hotel, talking about the things that still live there that he remembers from childhood. He’s shown to be on the run but finds others like him, some of whom are very dangerous. Those people are after Abra, and he agrees to help her by taking her to The Overlook, which brings back all sorts of traumatic memories for Danny.

Warner Bros. showed off the first bit of footage from the movie to those in attendance at CinemaCon in April. Scenes were also shown during the studio’s presentation at CineEurope a couple months later.

A featurette titled “Danny’s Journey” was released in early October that had King, Flanagan and McGregor talking about what issues are still haunting Danny all these years later and what happens when he meets others like him.

Flanagan kicked off the movie’s press tour with a special event at The Stanley Hotel, the Colorado resort that once again stands in for The Overlook, just as it did 30 years ago.

Fandango announced early screenings on Oct. 30, a week or so prior to general release and a way to get audiences to see the film and start some word of mouth that will hopefully help opening weekend.

On Halloween, Warner Bros. held a fan screening in Canada that included appearances by Flanagan and Curran and featured a re-creation of The Overlook’s famous bar.

Another featurette released in late October focused on Flanagan’s history with King’s stories — he has directed two previous adaptations — and how Doctor Sleep continues the story begun in The Shining.

The cast and crew came out to Westwood last week for the red carpet premiere, talking about their own connections with the original film as well as what they wanted to accomplish with the new story.

Commercials and spots like this, particularly those that have come late in the campaign, used pull quotes from positive early reviews to sell audiences on Doctor Sleep being a terrifying good time at the theaters and one that will reward those familiar with The Shining. 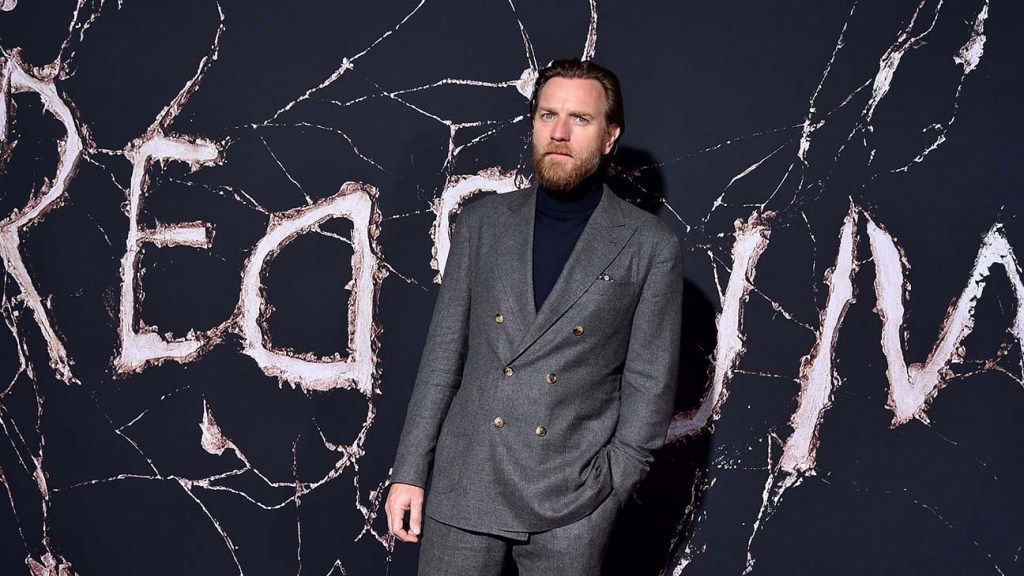 In part, the campaign’s regular callbacks to the events of The Shining may have worked against it. In the promos, at least, the motivations of the antagonists aren’t clearly explained. Neither is that of Danny, whose arc is sometimes confusing and motivations unclear.

Still, the movie has one thing going for it that clearly sets is apart from the original: Stephen King’s endorsement. He’s not only been a part of the campaign by appearing in featurettes and more, but he also praised it to his 5.5 million Twitter followers, hoping to turn them out.

If you read Doctor Sleep’s synopsis, it’s clear Danny’s story is one of surviving PTSD, sometimes in destructive ways, until he finds the help he needs to do something more with his life. That could be a message that resonates with large sections of the audience, but it has been mostly sidelined by all the callbacks to The Shining.