Before he even landed the part as Gary Hart in Sony’s The Front Runner, Hugh Jackman boasted some unique qualifications to bring the former senator to life onscreen. The Australian national hadn’t followed Hart’s disastrous campaign for the 1988 Democratic presidential nomination — Jackman was backpacking through Europe at the time — but his college journalism studies gave him a strong perspective on the media circus around it. Today, his wife often calls him by the nickname “Senator Jackman” because of his diplomatic answers in interviews, he says.

Hugh Jackman Says Filming 'The Son' Made Him a "Different Parent"

And, as it turned out, 2018’s news cycle would offer the actor decent preparation to dive into the frenzy of Hart’s campaign for director Jason Reitman. The similarities are uncanny: acrimony between politician and press, a sexual scandal being litigated in public, and a previously anonymous woman thrust into the spotlight.

Ahead of being honored with the Legend of Cinema Award at the 21st annual SCAD (Savannah College of Art and Design) Savannah Film Festival, Jackman, 50, discussed the film’s parallels to current events, his own relationship to the press and his journal­istic roots.

While you were shooting this, were you talking about current events, such as Trump and his relationship to the press?

There were a lot of discussions on set about things that were happening. I’m being careful, a little bit, as someone who is an outsider; I don’t vote here, I don’t think it’s appropriate for me to make too many domestic political comments. But regardless of that, of where you’re from, or what your political persuasion is, the movie’s not telling you anything or making your mind up — it’s actually asking your view: What is important to you?

The film also deals with a politician who acts out sexually and the consequences that has on the women in his life. Did the production coincide with the #MeToo movement?

Matt [Bai]’s book [All the Truth Is Out: The Week Politics Went Tabloid, which is the basis for the film] appeared four years ago, it was already a Radiolab piece, and we were shooting when [the #MeToo movement was] coming to fruition. So it’s astonishing how timely it is, but really a lot of these things have been brewing for a long time. That’s what the film brings out — it takes place in 1987, but in many ways you feel like it could be today. 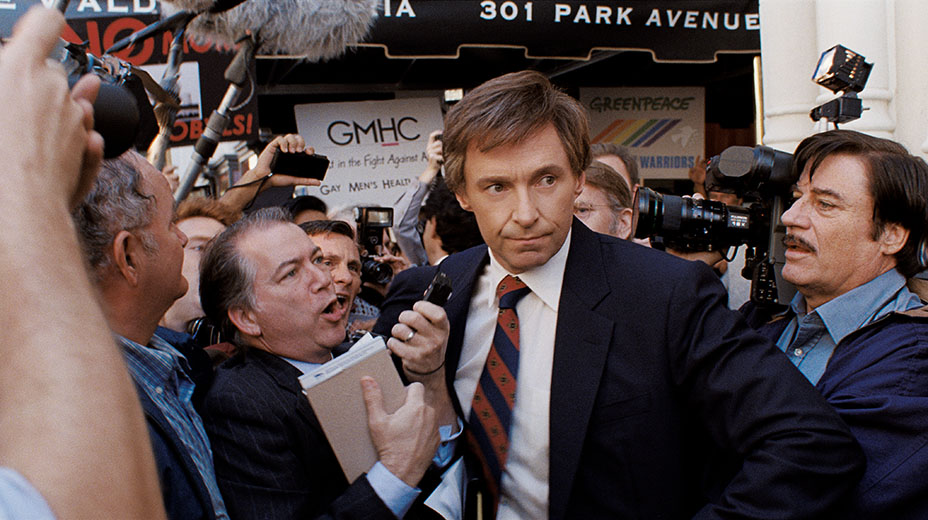 Did you and Jason Reitman ever talk about the film taking a stand on Hart’s downfall?

Jason was very, very adamant from the beginning that there were no heroes and no villains — there are a lot of humans in there, and like real life, most of us are flawed. But [also], I think now we are in a time — and I don’t just mean here but across the world — where it’s very easy for the film, or the message of the film, to be dismissed if people felt it was skewing one way or the other.

Do people seem to get it or have you seen takes that are distilling the film into one argument?

I’m a journalist major from college, so I’ve always had a great empathy [for journalists]. I’ve never felt a great animus toward them — no, that’s not true, I’ve felt animus — but for most of them I haven’t. I expected there to be a little bit more defensiveness from the media about it, them assuming somehow that [we thought] it was their fault. But I’ve been really heartened. People have seen what Jason is trying to do, which is to show that campaigns are chaotic.

How involved were you in the arts as a journalism major?

The reason I got into acting was that I ended up spending more time on the university play than my entire major. At one point, while we touring a play out in regional Australia, I was like, “Hmm, I smell a rat here. I’m spending about an hour a day on my thesis and about 15 hours a day on this play — have I made the wrong choice?”

There are some similarities between acting and journalism, in terms of investigating who people are.

It’s about human nature, understanding who we are and how we all work together in the world. If you’re not interested in people, you’re probably not going to be a very good journalist. That is ultimately what acting is: understanding ourselves and people and using stories, as opposed to journalism — [which is always] real stories — to illuminate the world and understand our place in it.