Revealed during the Humanoids 20th Anniversary in America panel at the Javits Center, H1 will feature an impressive mix of diverse talents, in terms of experience and outlook, united by talent and the shared universe they’ll create together. Amongst the names mentioned as participating in the H1 imprint are Kwanza Osajyefo, Carla Speed McNeil and Yanick Paquette — the three will, along with Waid and Cassaday, act as the “architects” of the H1 universe — as well as Phil Briones, Afua Richardson, Vanessa Del Rey, Dennis Calero, Shawn Martinbrough, Jock, Mike McKone, Jonathan Lang, Cheryl Lynn Eaton, Helen Mullane, Andrea Mutti, Quinton Peeples, Dom Reardon, Darick Roberston and Alberto Albuquerque.

The imprint will launch in mid-2019 with three ongoing monthly comic books, with a number of mini-series being cycled through publication to support the core line and grow the imprint and fictional universe, according to the publisher.

“H1 represents a number of important milestones for Humanoids,” Humanoids CEO and publisher, Fabrice Giger, said in a statement. “This is our first foray into a shared universe, one with stories by talented creators whose undeniable creative chemistry is forging a new and fantastic world. Next summer, we’re launching three ongoing comic book series, the first three ongoing periodicals in this company’s history, and we’ll be publishing them in an unprecedented and unexpected way which we’ll announce in the coming months.”

The three ongoing series launching initially, along with publisher-supplied descriptions, are:

Ignited: Something strange is happening to the planet… Nature itself is reshaping and redefining the balance of power. Natural disasters are breaking out everywhere, and yet, the population continues to grow rapidly. In fact, the world is becoming so dense, that certain individuals are erupting with super abilities. They are called the Ignited. 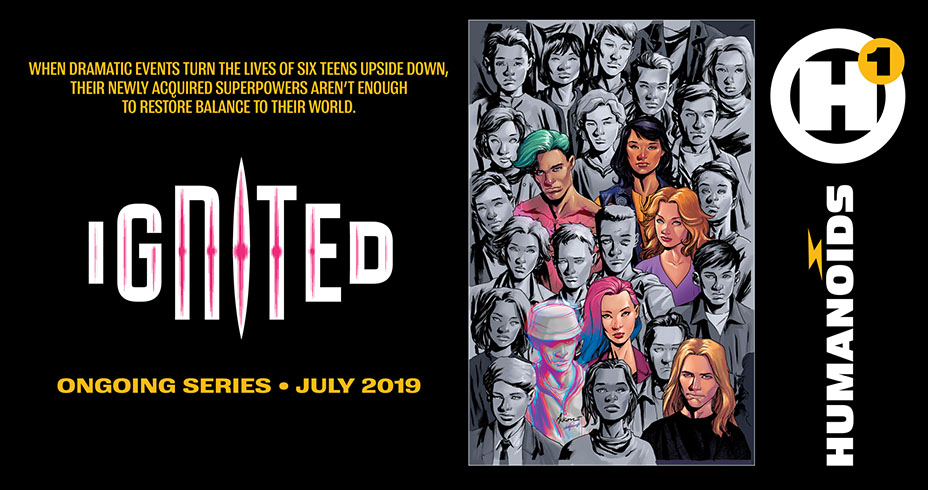 Omni: A gifted doctor with a vibrant, compassionate personality, Cecelia Cobbina received boundless praise from her peers and her patients. But that was before the incident in Africa. Before she gained the ability to think faster than the speed of light. Overwhelmed with the power to answer every question, she must now overcome her own fears and tackle the one code she can’t seem to break: the truth behind the Ignited. 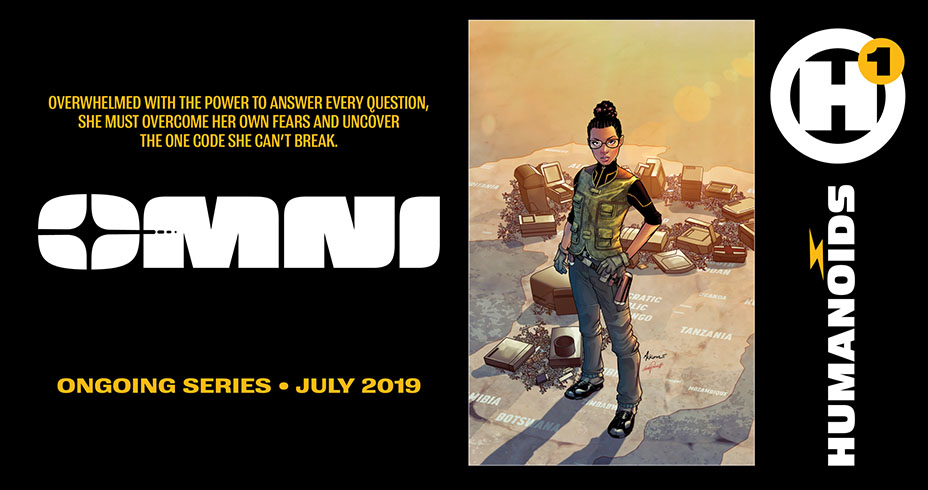 Strangelands: Opposites attract? Elakshi and Adam Land aren’t married. In fact, a month ago, they were perfect strangers, dwelling in lands foreign to one another. But now, they’re forced to remain by one another’s side, for their separation could mean the planet’s demise. Now, their greatest challenge is to stay together — even if they have to tear the world apart. 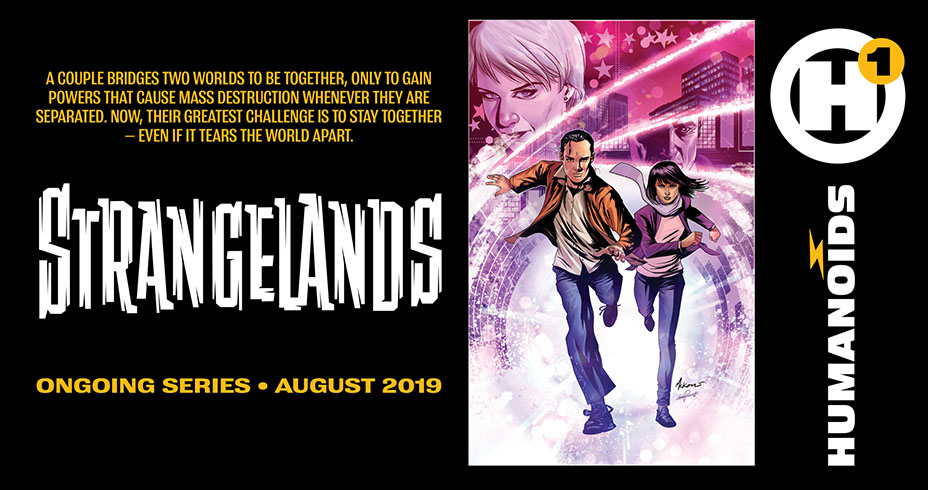 Additionally, Humanoids has revealed information for the first three miniseries to appear under the H1 banner:

The Big Country: The Old West finally died in the early 1980s. We’re in Texas. And this is the story of Grissom Callahan, the last in a long line of sheriffs. Callahan has learned everything he knows from his father and his grandfather. But the old ways don’t seem to prove efficient when it comes to stopping a violent serial killer. And in a simple moment of shaking down an informant, Grissom will start a chain of events that will reshape his life and the world of law enforcement in Texas. (5 issues) 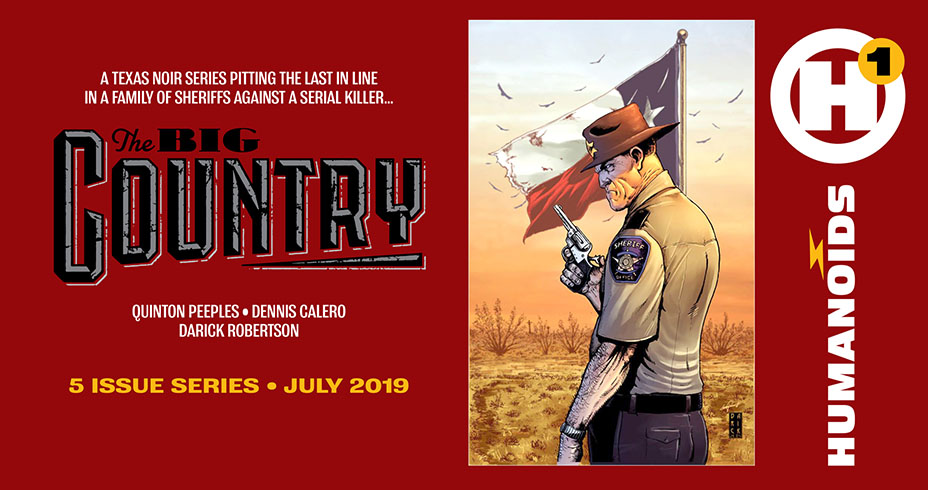 Meyer: A comedic, coming-of-age quest where the Golden Fleece is a man’s legacy, Meyer is an immigrant’s story rooted in an old mobster’s tale and a deeply moral fable. A Breaking Bad-style imaginary biography of Jewish legendary mobster Meyer Lansky as he’s trying to organize his very last con job. (5 issues) 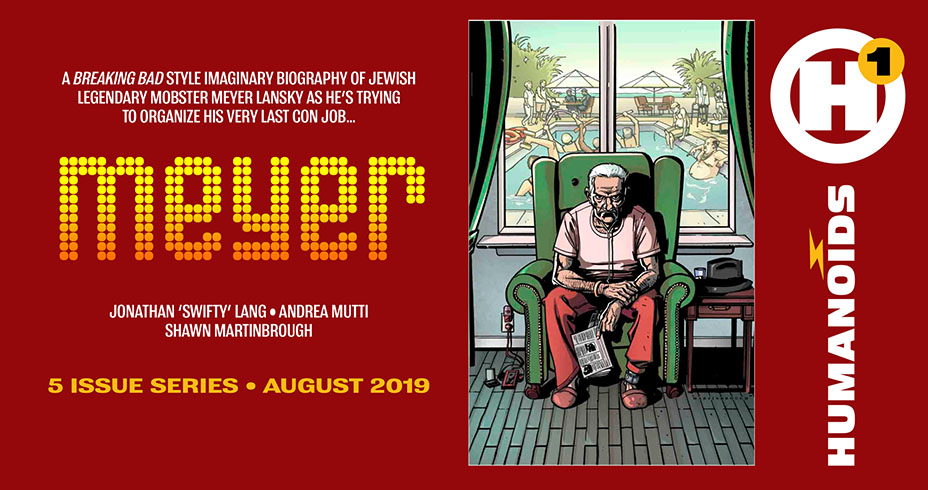 Nicnevin and the Bloody Queen: Something strange has been unleashed in the North of England. A modern-day druid commits a series of ghastly murders in an attempt to unleash the awesome power of the ancient gods of Great Britain. But all hell really breaks loose when his latest would-be victim, Nicnevin “Nissy” Oswald, turns out to be more than she seems. A British tale mixing black magic and horror godfathered by Jock, one of the new masters of comic book suspense! (four issues) 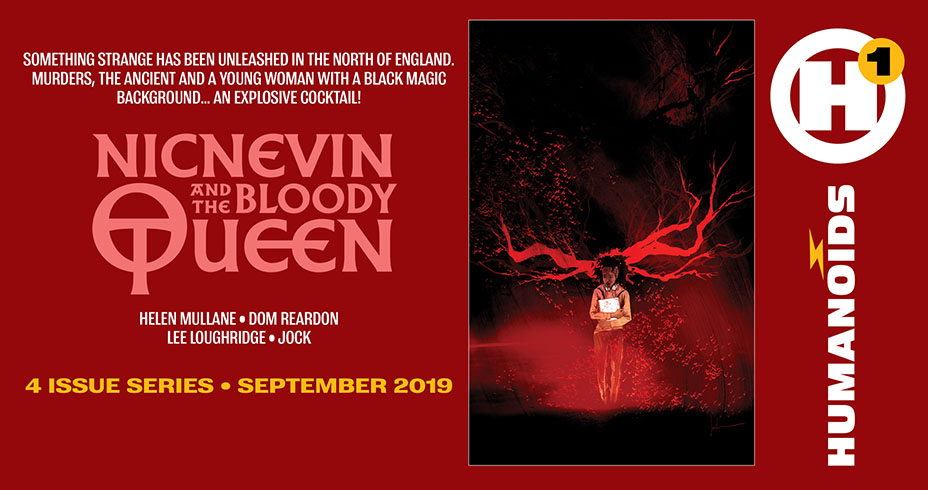 Further details of format and creative teams will be released in coming months, according to the publisher.