Continue to The Hollywood Reporter SKIP AD
You will be redirected back to your article in seconds
Skip to main content
September 26, 2018 6:13pm

Ike Barinholtz says Thanksgiving dinner with his mom and brother after the 2016 presidential election inspired him to write the new political comedy The Oath, his feature film directorial debut.

Premiering at the ArcLight Hollywood as part of the L.A. Film Festival on Tuesday, The Oath rounded out a “trilogy” of “unique” films (also including Get Out and BlacKkKlansman) that merge politics and humor and were produced by Edward Hamm, Ray Mansfield and Sean McKittrick, the producers say.

“We didn’t set out to create that as a genre-busting thing or a brand for ourselves,” Mansfield told The Hollywood Reporter. “Now people are calling this our trilogy, which is amazing, and we love it.”

“All three of them defy genre. It’s not a film that you’ve seen before,” added McKittrick of the project, which was filmed in 19 days.

The Oath follows spouses Chris and Kai (Barinholtz and Tiffany Haddish) as they host Chris’ parents (Nora Dunn and Chris Ellis), brother (Jon Barinholtz) and sister (Carrie Brownstein), plus their partners and kids, for Thanksgiving dinner. The holiday get-together devolves into a heated screaming match when the conversation turns to politics.

Meanwhile, the movie’s fictional American federal government is asking citizens to sign a pledge of loyalty, called the Oath, to the president and country. Though signing is not obligatory, protesters against the Oath are being gunned down by police. Chris feels betrayed when his family doesn’t share his die-hard resistance to the Oath, and things turn scary after a house visit from two Homeland Security officers (John Cho and Billy Magnussen). 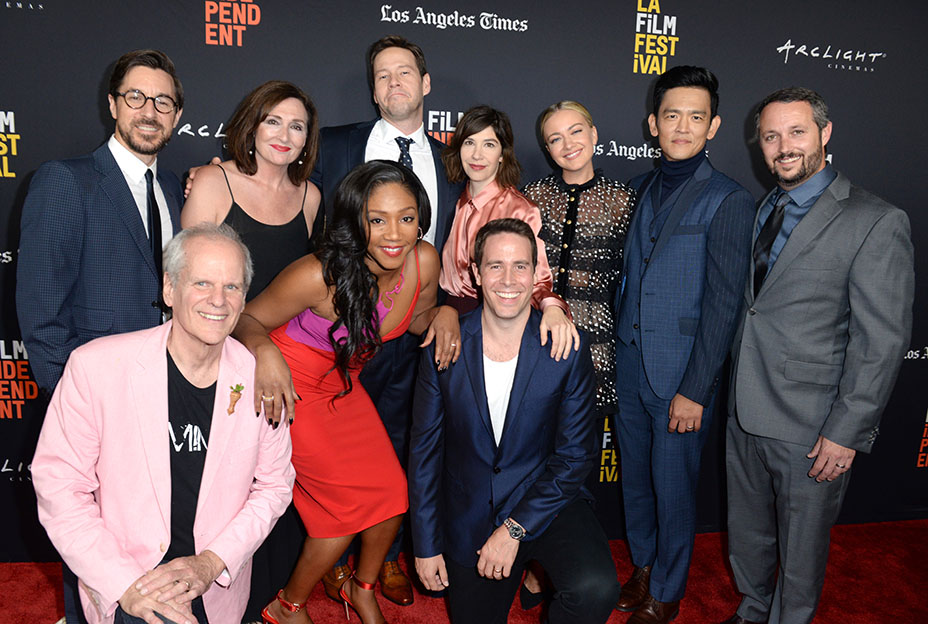 Barinholtz explained how the idea came to him: “After dinner, my mother, my brother and I got into this argument kind of about the election, and what struck me was we were all basically on the same side. And I thought, If this is happening in this house, what is going on at other tables?”

Of his decision to direct his first feature, Barinholtz said, “I had directed some episodes of The Mindy Project and I’d really loved it. I think most writers want to be directors on some level. And I knew I had a very specific tone and very specific vision for it, so I knew that I could remove filters and just really give them my pure vision of the movie.” He called it a “no-brainer” and “always the plan” to step into the director’s chair.

Mansfield told THR he got on board because The Oath is “a perfect merging of Ike’s actual interests and personality with a movie persona…. It’s a new take on the family holiday film. For me, this is like Ike’s version of National Lampoon’s Christmas Vacation.”

McKittrick felt compelled to make the film because his mother always sent an email before Thanksgiving dinner about not allowing political talk. “It keeps getting more relevant every single day,” he told THR. “It’s not like the country is coming together in these moments.”

In fact, The Oath felt so relevant that the producers told Barinholtz they would finance it “as long as you do it right now.” Production then “sped through post-production and put us in a position to release this movie before the midterm elections,” Mansfield said.

During the Q&A after the screening, Barinholtz joked, “It’s not a documentary…yet.”

For his big debut, Barinholtz wanted to get across that Americans should “try our best to not let external forces completely and permanently disable our relationships with our friends and family.” 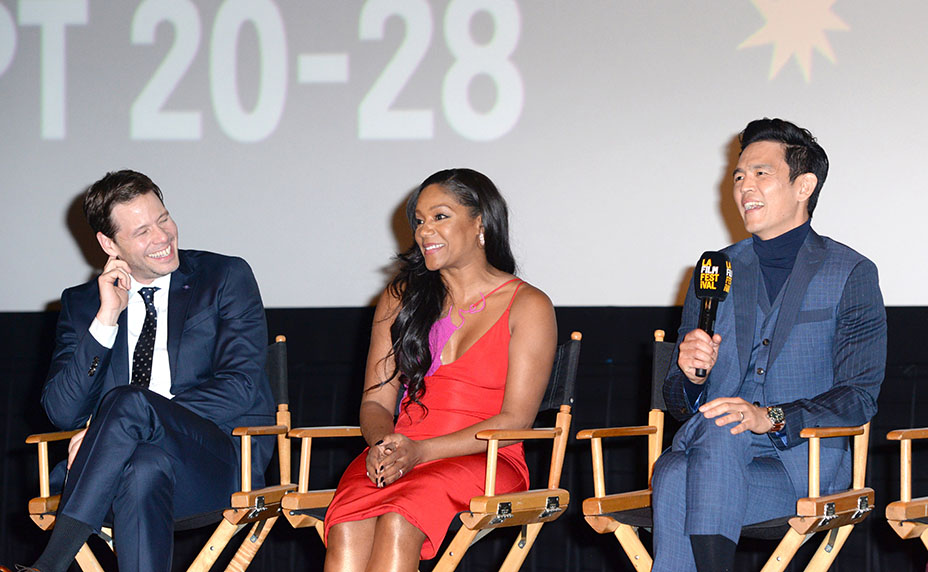 Haddish, also an executive producer, agreed that “it’s a possibility that this could happen…I feel like it’s a scary movie” (which, she said, adds to her “vast and wide” repertoire). As for her take on current events, she said, “I don’t really dilly-dally in politics because what I might say might piss somebody off, so all I have to say is, I pray for the best. And prepare for the worst.”

Cho told THR, “This is the first thing since the Trump election that dealt with the atmosphere of the country in a very funny, insightful way, that knew how to keep its distance but also cut in.”