Fourteen years after the The Incredibles hit theaters — a time before the Marvel Cinematic Universe when X-Men and Spider-Man stand-alone films were the comic book big-screen kings — a sequel to the Pixar breakout is now arriving.

To help sell the sequel, Disney/Pixar created a campaign that appeared to lean in to audience nostalgia for the original and the sense of wonder it created while also presenting a story that was rooted in a family dynamic.

And the story? It picks up just moments after the first one ended as Bob and Helen Parr (voiced by Craig T. Nelson and Holly Hunter) deal with the repercussions of having re-entered a world where their heroic identities as Mr. Incredible and Elastigirl make them criminals. Reviews are as good as the original, with Incredibles 2 boasting an identical 97 percent rating on Rotten Tomatoes to the 2004 film.

Here’s a closer look at Disney’s rollout for The Incredibles 2:

On Nov. 8, Disney unveiled the teaser image for the film: a simple poster with “II.” Three more teasers took us through the laundry cycle, from the basket of dirty uniforms to the washing machine to Mr. Incredible ironing his outfit.

One showed a piece of toast with the team symbol sitting on what appears to be a table from the 1960s. One showed Edna in a very pop-art design, looking even more like Anna Wintour than usual — appropriate, since it was released to tie in to Fashion Week — in a black and white drawing with a pop of red on her lipstick. “It’s been too long, dahlings.”

In terms of ticket site or exhibitor exclusives: For Fandango, the whole family was shown in silhouette, art deco-style, standing atop a Roman numeral II, all looking very heroic. For Imax, the heroes are scattered around the points of a star-like explosion emanating out from the team and movie logo. For Cinemark, a more abstract approach was taken as each member’s face is outlined in a single line doodled across the page.

The theatrical poster brings everyone more to the forefront, with the team running toward the camera, seemingly into battle. Behind them stands another team of heroes, their faces and identities obscured so you can’t quite make them out, but seemingly there waiting for the Incredibles to do their thing. Screenslaver, the villain of the story, looms in the background, peeking out from behind the team’s logo in an ominous way.

The first teaser (82.8 million views on YouTube) premiered shortly before Coco hit theaters in November. Jack Jack is the focus as he squeezes through some sort of hole and immediately starts shooting up the place with his laser eyes. Cut to Mr. Incredible holding him and being excited the baby has powers — that is, until those laser eyes burn a row through his hair.

The second teaser trailer (43.7 million views on YouTube) — which actually aired on TV during NBC’s Olympics coverage in February — starts out by showing the whole family in costume as they take on a threat, with the kids frustrated that they’re being told to sit this one out. “Superheroes are illegal,” Helen says later, though that doesn’t stop the kids from wanting to get in the game.

When the official trailer (29.8 million views on YouTube) opens, we’re reintroduced to the family dynamic immediately as they discuss Helen’s new job as a very public superhero. Her place in the spotlight doesn’t sit well with Bob, who’s stuck at home doing math homework he doesn’t understand for the kids and taking on other parental responsibilities. Another teaser (1.5 million views on YouTube) offered many of the same points while also providing brief looks at some of the new supers we’ll see in this movie. 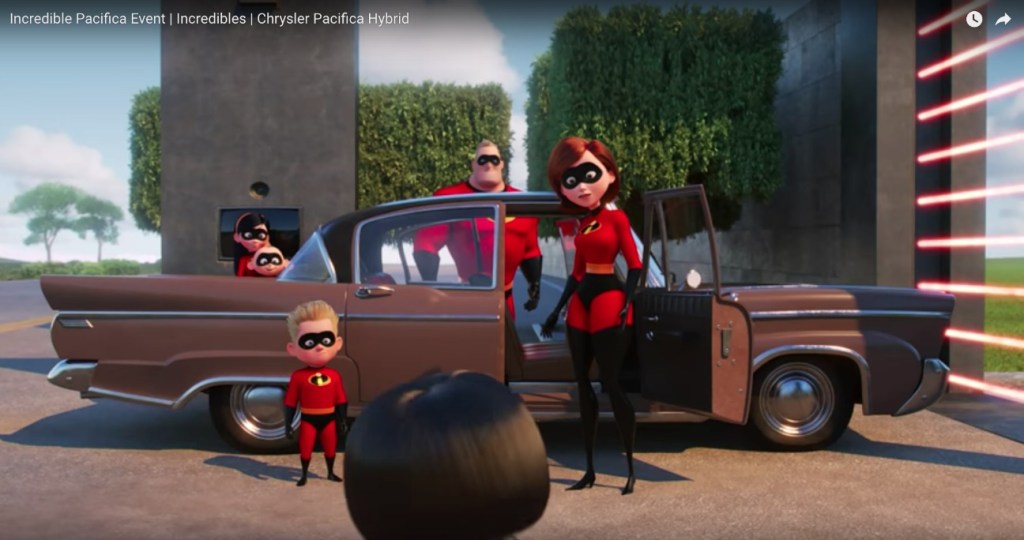 TV advertising started with a brief teaser spot that aired during the Olympics broadcast in February that promised the return of the super family but also was meant to promote a longer preview. Later spots offered more of a full look at the movie, including not only the whole family fighting crime but also the difficulty Mr. Incredible has in trying to be the stay-at-home dad to a bunch of super-powered kids.

Disney promoted the movie through the Noovie preshow package for National CineMedia with clips, behind-the-scenes footage and more. The studio also took advantage of a renewed agreement with McDonald’s to put movie-themed toys in the fast food chain’s Happy Meals.

The studio put together a long list of companies as brand partners:

? Chrysler, which used a tie-in with the movie to promote its Pacifica model in co-branded commercials.

? ADT, which ran a co-branded campaign including a TV spot that had Edna listing all the new safety features of the family’s new home.

? Zillow, which put photos and details of the Parr family home up on its site for people to explore.

? Dole, which is partnering with the nonprofit Action for Healthy Kids on a campaign to encourage kids to eat healthy.

? Clorox, which partnered with Disney on a sweepstakes awarding winners a trip to New York City. That sweeps was supported by TV advertising.

? American Egg Board, which made movie promotions part of its “Incredible Egg” campaign. Co-branded TV spots helped promote the campaign.

? Frigo’s Cheeze Heads, which put the movie on product packages and ran a sweepstakes, with attendant social media and paid advertising support.

? Alaska Airlines, which decorated one of its planes with movie artwork, sponsored the movie’s premiere and ran other promotions online.

? Horizon Organic, which put characters on packages of milk and encouraged people to enter a sweepstakes.

? Juicy Juice, which offered a free movie ticket with the purchase of three select items, a promotion it supported with TV spots like this. 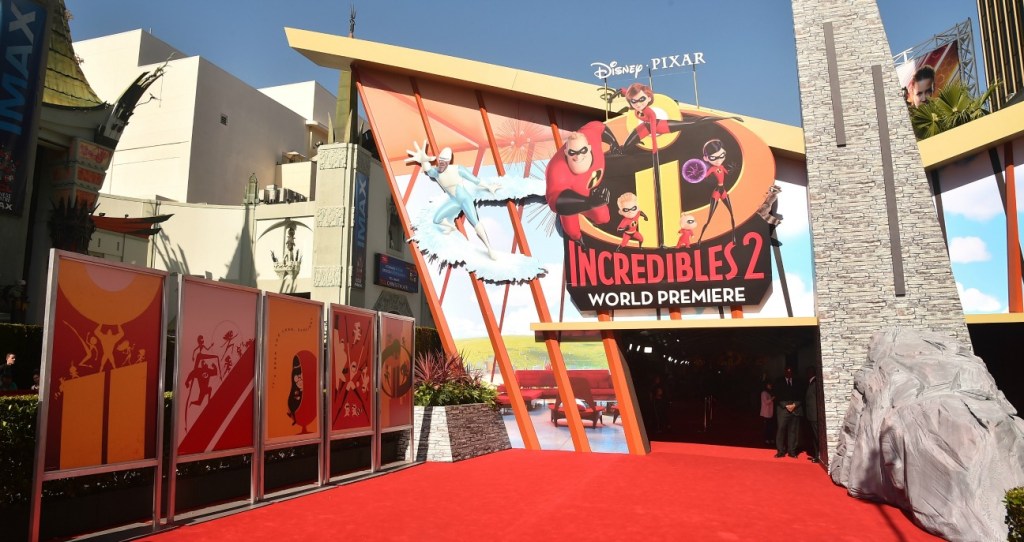 Disney used fan- and industry-centric events to hype the film. One of the first efforts along this line came when the cast and crew appeared at Disney’s annual D23 fan event in July to talk about returning to these characters. This April, it showed off footage to industry insiders at CinemaCon, the convention focused on appealing to exhibitors.

Tracking data indicates the movie is headed for a $140 million stateside opening, and the campaign appears to have embraced what many loved about the first movie — that the Parrs are still trying to figure out who they are as a family while also being superheroes — and promised the audience more of the same.