The virtual map on the website of the International Medical Corps shows where the emergency relief agency has provided aid since its founding in 1984: Zimbabwe, Yemen, Syria and Venezuela — to name but a few.

The L.A.-based disaster relief agency, which usually fans out across the globe to confront deadly disasters and ease suffering in conflict zones, is coming home for all the wrong reasons. California’s failure to contain the spread of COVID-19 has prompted the local agency to reallocate its resources and commit itself to helping public health officials across the state staunch the spread of the virus in an unprecedented mobilization.

“It’s very unusual for us. We’ve never done anything in the United States to this degree,” says Margaret Traub, IMC’s head of global initiatives. For the past several months, IMC has deployed its emergency medical field units, supplies, training and surge staff to 15 hospitals and eldercare centers across California. The agency is drawing upon its experiences dealing with multiple Ebola outbreaks in the Democratic Republic of Congo. 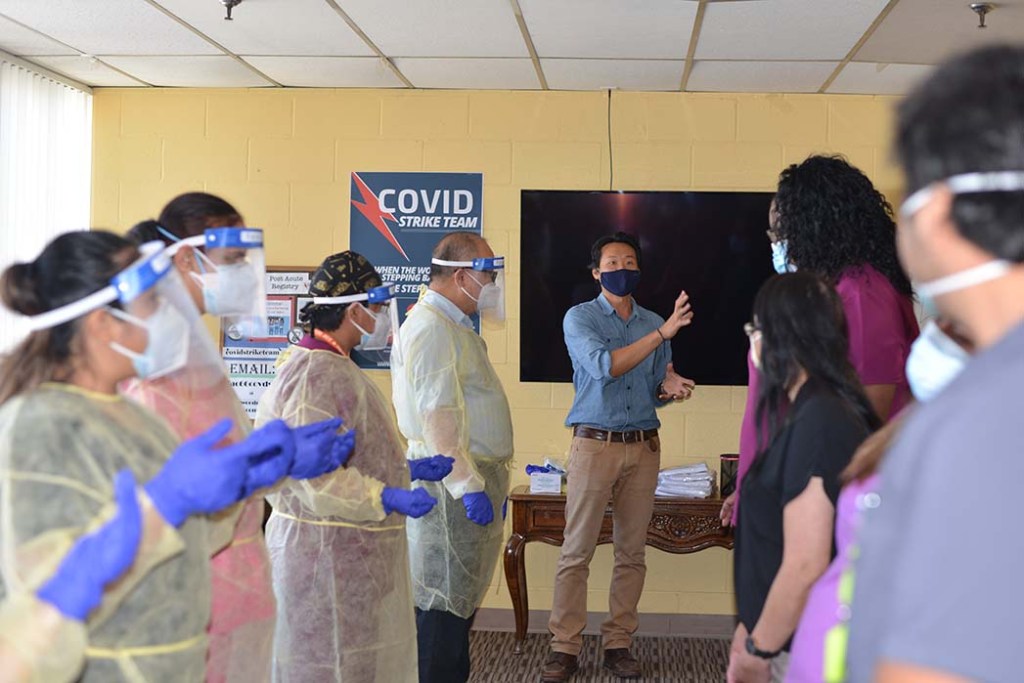 In the early months of the pandemic, they were crucial in helping hospitals and elderly care facilities acquire PPE from the global market — something they’ve been doing for 35 years. “This is our bread and butter and increasingly the local authorities are seeing that we know how to get things from A to B and do it quickly,” says Traub.

When the fall surge hit, IMC was crucial in setting up outdoor tents to serve as patient spill-over sites. Those tents tripled the size of the emergency room at the Martin Luther King Jr. Community Hospital in South L.A., which alleviated spatial constraints when the case-load was starting to peak.

Such a robust response to a global pandemic hasn’t been cheap but Traub is thankful that IMC’s donors have stepped up and increased the annual budget by around $50 million.

To further build out their profile and increase their exposure, IMC is hoping for a little Oscar magic this year as well. Earlier this year, they produced a 22-minute documentary called War & Grace which centers on a group of midwives who are fighting to protect mothers and infants in war-torn South Sudan, which has one of the highest maternal mortality rates in the world. The film was directed by Sonia Lowman and Sienna Miller was a producer and narrator of the film (Miller and Robin Wright are global ambassadors for IMC). 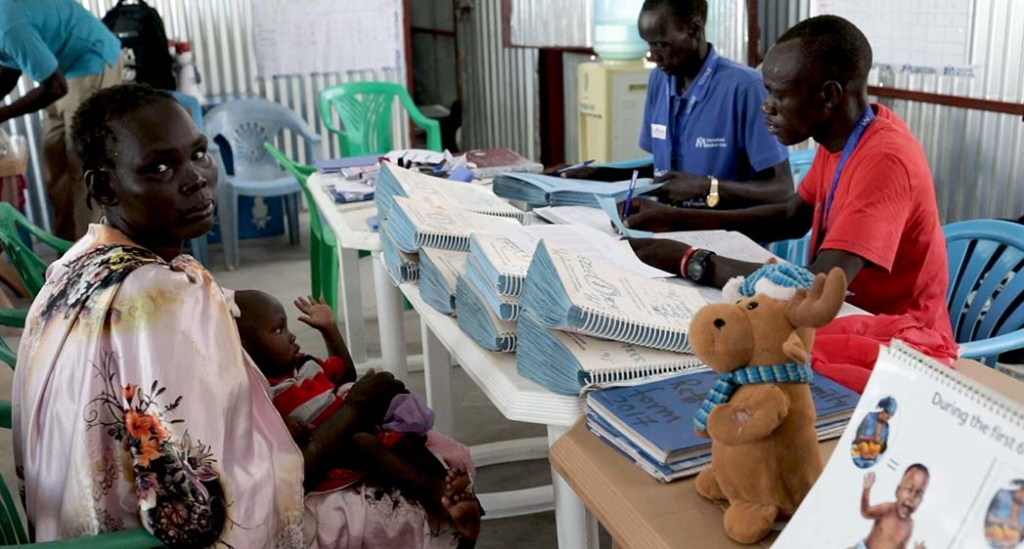 “The birth of my own daughter was traumatic. If we hadn’t been in a hospital, I could have lost her so the idea of focusing on maternal healthcare felt very personal to me,” Miller told THR via email.

This is the second film that Miller has collaborated with IMC on. The first was called 8 Minutes, which centered on the weaponization of and widespread rape in the Democratic Republic of Congo.

She plans on continuing her relationship with the organization: “I consider the International Medical Corps to be like family. Over the years we’ve found ourselves together in many dangerous and devastating situations. That’s incredibly bonding,” said Miller. “In addition to the Congo, I have visited their programs in Haiti after the earthquake, in Ethiopia during famine, as well as Syrian refugee settlements in Lebanon, areas besieged by Boko Haram in northeast Nigeria, and conflict areas in South

Sudan. I do what I can to amplify their message and spread the word, but they’re the real heroes — on the frontlines each and every day.”