Composer Robbie Robertson has worked with Martin Scorsese for more than 40 years (they were even roommates in the ’70s when Robertson moved into Scorsese’s house on Mulholland Drive). But for The Irishman, Scorsese’s three-and-a-half-hour gangster epic, the filmmaker gave Robertson a new, unique request: “Marty wasn’t interested in a traditional movie score. Big bum-dah-ba-dum-brrrring, you know — when they’re driving fast, it’s going bum-bum-bum, shit like that,” Robertson, 76, tells THR.

Instead, Scorsese wanted Robertson to create music that fit the tone — the movie is probably best described as a character drama more than a traditional mobster movie. “It’s a very strong mood, and I’ve never seen a gangster movie with this kind of tonality before,” says Robertson. “It was tricky.”

It was made trickier by the fact that Netflix’s The Irishman, which stars Robert De Niro as a truck driver who becomes a hitman for an Italian crime family and crosses paths with infamous Teamster Jimmy Hoffa (Al Pacino), spans multiple decades. This meant that Scorsese used de-aging technology to make septuagenarian actors De Niro, Pacino and Joe Pesci look, at some points, as young as 30. “I thought, ‘as long as it works,’ ” says Robertson of his first impression when he was told about the de-aging concept. “As long as it isn’t distracting. All we know from the past is people that are younger playing older, not too much the other way around. They give these tests and the tests looked really encouraging and it was like, if you can do that and if you can pull it off, this is historic.”

For Robertson, the movie’s decades-spanning timeline meant he had to create something outside of time. “I’ve never, ever had to write music before that could suit … all of these decades,” he says. “I had to find something that had a timeless mood and quality to it, that it doesn’t matter what part of the picture you play this in.”

Indeed, the theme song for The Irishman, which appears on the film’s soundtrack (released Nov. 8), is a melancholy tune that features acoustic guitars strumming while a harmonica’s melody evokes a lonesome feeling. It’s almost more spaghetti Western than mob movie.

“It isn’t that Marty or I don’t have a great appreciation of fantastic traditional movie scores,” says Robertson. “I love Alex North and Elmer Bernstein — Marty has worked with them before. There were certain kinds of movies that that worked for.”

He describes Scorsese’s movies as “left of center, in a certain kind of way. And if you do something too typical, it brings things down — it doesn’t bring things up. And with this, the unexpected is really valuable,” he says. “You don’t want to be taken for granted and you don’t want it to be obvious.” 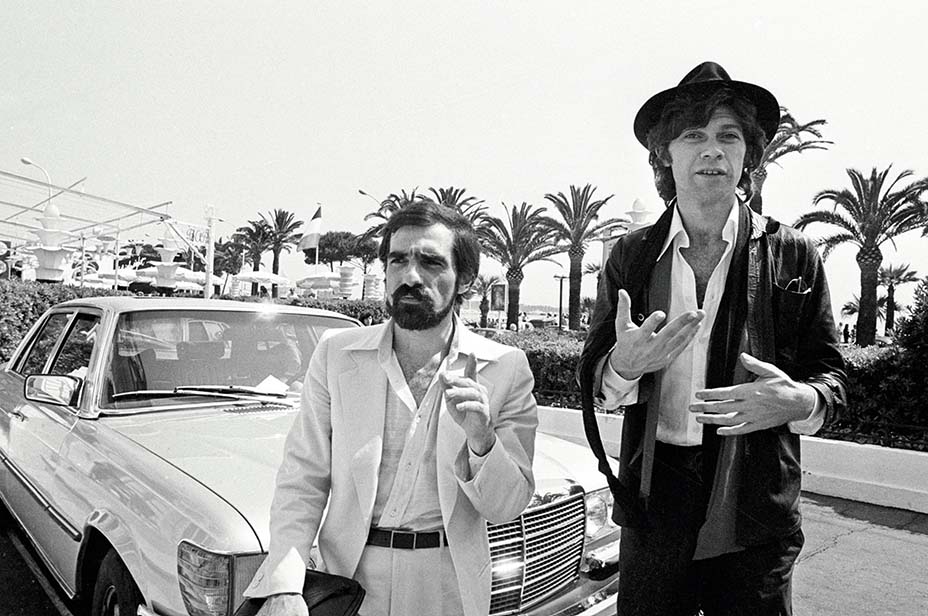 Robertson, also known for his work as lead guitarist and songwriter for The Band, has worked with Scorsese on most of his scores, including Raging Bull (1980), Casino (1995), The Departed (2006) and The Wolf of Wall Street (2013). “As I experiment, Marty knows the material better than anybody in the world, so he’s the barometer — he’s the one that can sense when something might have a possibility or we’re just going in the wrong direction,” says Robertson. “He gives me signals.” 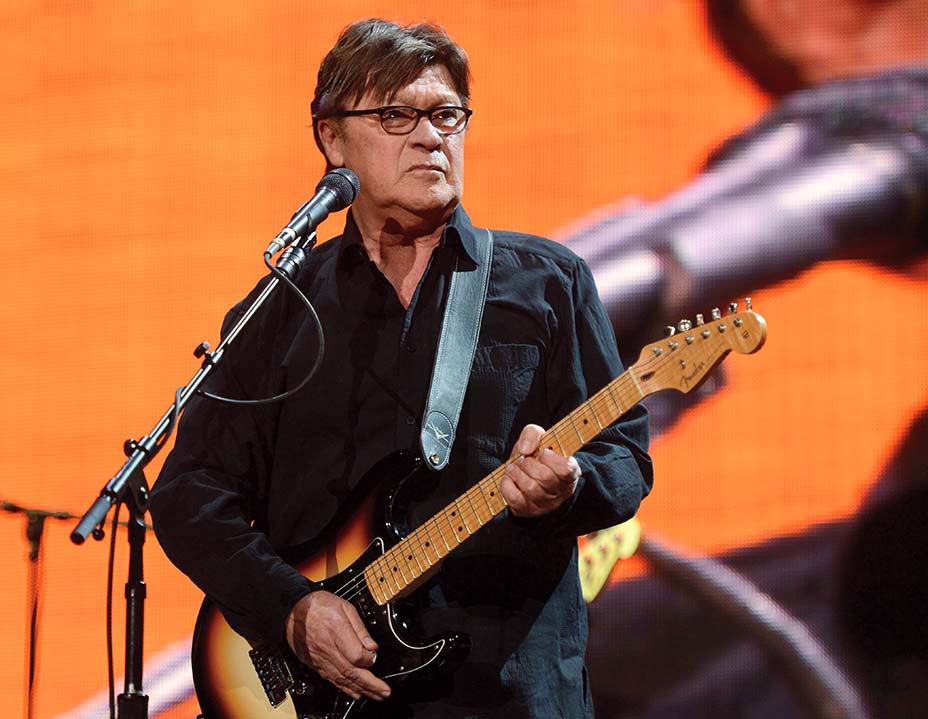 He’s also continued his work as a solo artist, and released his album Sinematic on Sept. 20. Because he was working on the album at the same time as The Irishman, he chose to weave inspiration from the film directly into the music. The first single, “I Hear You Paint Houses,” which features vocals from Van Morrison, is inspired by Charles Brandt’s book I Heard You Paint Houses, which was the basis for The Irishman (and the film’s working title). “I’ve never had that before in my life and I really embraced it in the making of this record and working on the music for the movie,” he says. “I just opened my arms up wide and just pulled everything in. It really feels good.”