The visual effects branch has a tendency not only to highlight outstanding artistic work, but also to reward seminal technical advancements — as evidenced by past winners including Jurassic Park, Avatar and Brad Pitt aging in reverse in The Curious Case of Benjamin Button. This year, the intersection of art and science has generated considerable attention for virtual production (as showcased in The Lion King) and digital human/de-aging work (seen in Gemini Man and The Irishman).

A new approach to virtual production — the creation of what the filmmakers describe as essentially a real-time virtual reality “game” in the making of Jon Favreau’s photoreal, fully CG retelling of Disney’s The Lion King — made the film a VFX Oscar hopeful from the moment the first images were unspooled at the 2017 Disney D23 event. “Virtual production” is a term used to describe a filmmaking process for which the final result is CG imagery, though it was created using techniques typically used in live-action production.

Oscars: Date Set for March 2023 Ceremony and Other Key Events

The Lion King, a step forward from a process developed for Favreau’s 2016 film The Jungle Book, was effectively “shot” on a small stage in L.A., using Steadicam, crane and other camera support systems tied to expansive locations viewed through virtual reality headsets. VFX house MPC created an estimated 58 square miles of CG landscapes, available for viewing in VR in real time using a gaming engine. Once they had the cut, it went to the VFX house, which created the final shots, including character animation and finished environments. The film’s three-time Oscar-winning VFX supervisor, Robert Legato, notes that with this process, the team was able to make The Lion King “without the physical limitations that tell you, ‘You shouldn’t make that movie.’ ” Adds Legato, “Now there’s a way of safely being able to re-create real life.” 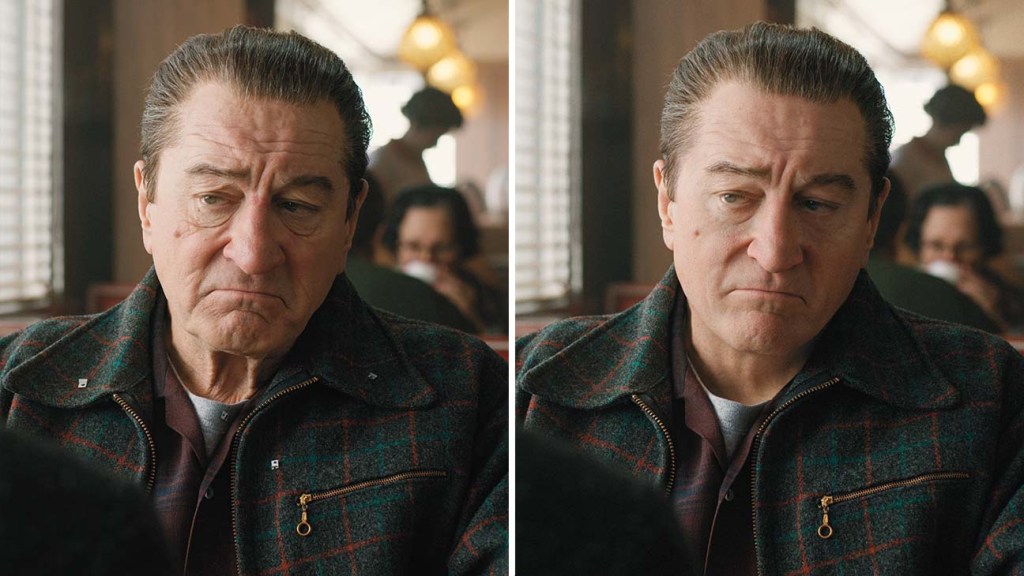 When it comes to digital human and/or de-aging work, each approach is different. “I think the achievement is really the markerless performance on set and the fidelity of the performance that we’re getting,” says ILM’s Pablo Helman, the VFX supervisor on Martin Scorsese’s The Irishman, which digitally de-ages Robert De Niro, Al Pacino and Joe Pesci. The production didn’t use helmet cameras, and the footage was all shot on set. “So it was theatrical lighting and the only time that we’re going to get the performance,” Helman says. They used a specially designed three-camera rig to capture all the needed geometry and performances on set, as well as new software and an AI system to bring that information to the digital character.

“There was also a lot of manipulation of the [actors’] bodies because throughout the [film] they basically gain weight as they gain age, so we had to take some weight out of them at the beginning of the project,” he says. “I just can’t wait for all actors to take a look at this and say, ‘You know what, I don’t have to wear 130 markers on my face, and I don’t have to go through two hours of makeup, and I can actually do what I’m hired to do, which is do a performance with another actor in a set environment that doesn’t require me wearing a gray pajama suit.’ “ 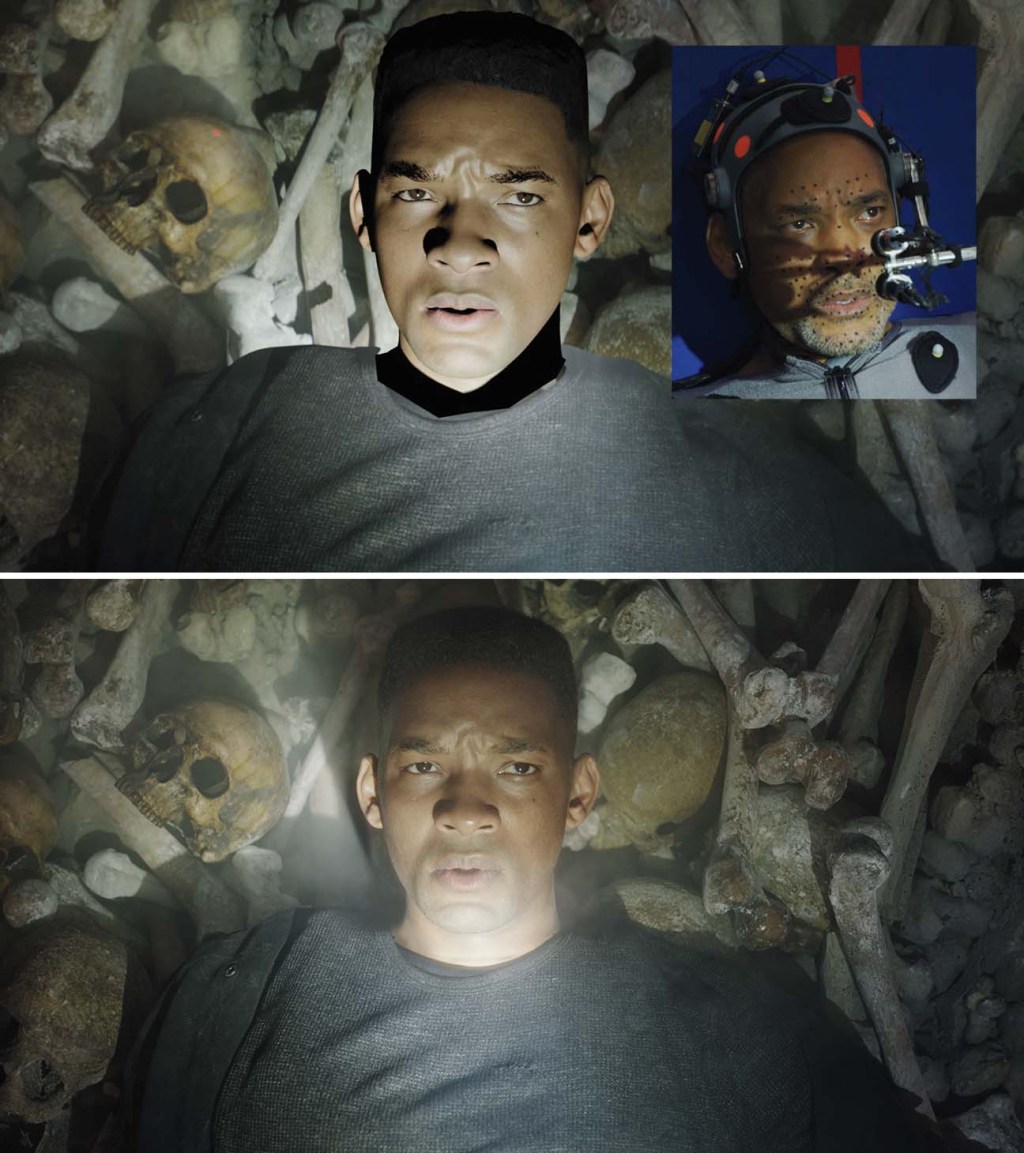 In the case of Ang Lee’s Gemini Man — featuring Will Smith, 51, acting alongside a CG clone of his 23-year-old self — the team says their biggest achievement was the creation of a fully CG human, from head to toe. VFX supervisor Bill Westenhofer (a two-time Oscar winner whose work includes the CG tiger in Lee’s Life of Pi) explains that Lee “wanted to do for a human what we had done with the tiger — pull off a complete digital human [because] he had to appear in the same frames as [present-day] Will, who was playing both roles.”

The VFX team at Weta delved more deeply into anatomy and understanding the nuance of the performance than ever before. “We did a deep dive into how light interacts with skin, creating pigments under the layer of skin,” says Weta VFX supervisor Guy Williams.

In shots with both Will Smiths, the actor performed his older role with a reference actor playing opposite him, then switched to a motion-capture stage to play the younger role. In scenes where they are not both in the frame, the team would photograph Smith wearing a facial-capture system and then perform digital head replacement on his body. Action sequences involved fully digital doubles. “If anything isn’t right,” says Williams, “it falls apart.” 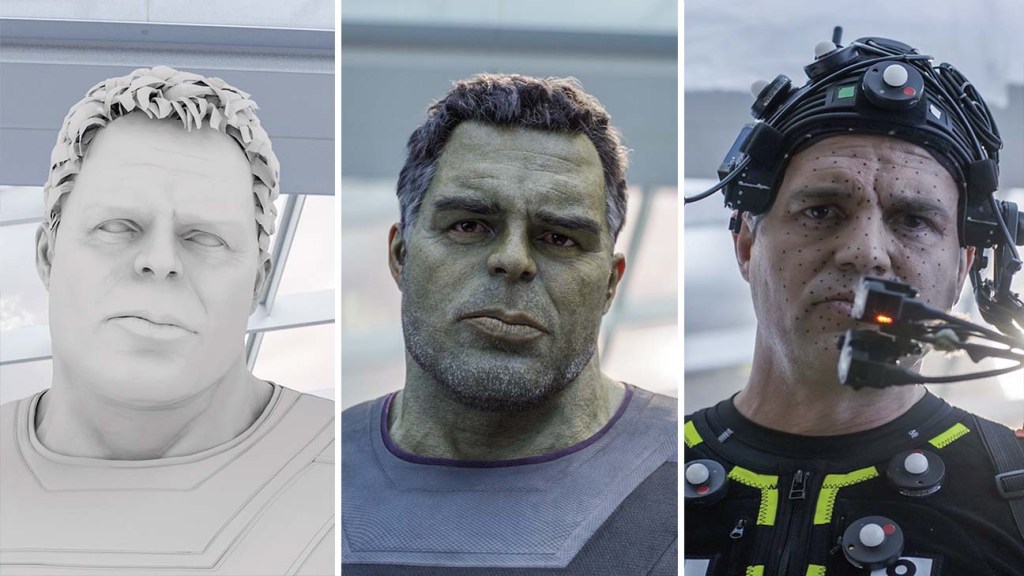 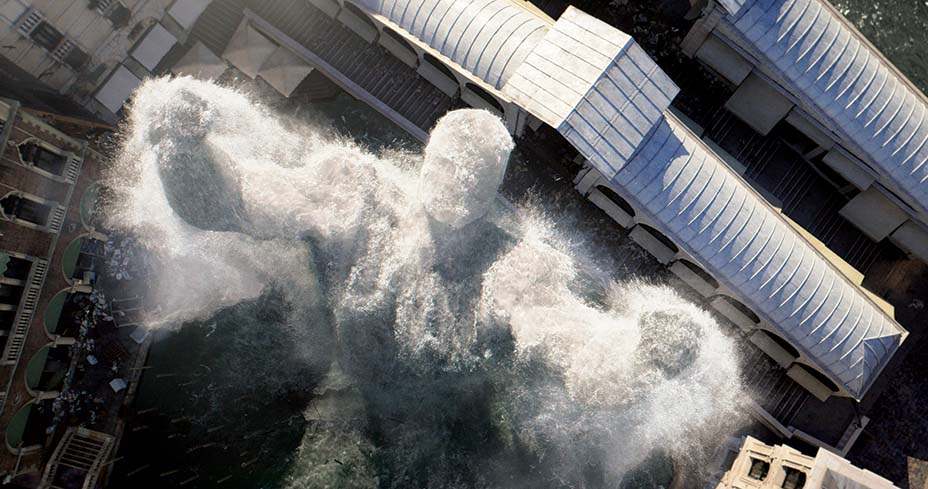 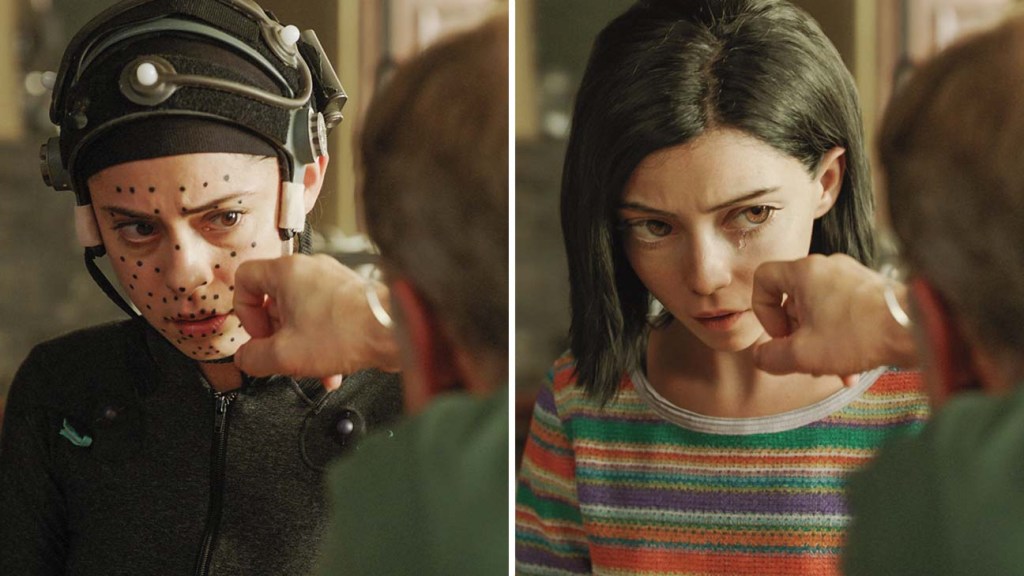 Alita: Battle Angel (Fox) The focus was on capturing the performance of Rosa Salazar, who portrays Alita — a CG character that appears in 2,400 shots. “Adding another camera to Rosa’s helmet allowed us to capture depth information for her facial performance,” says Weta VFX supervisor Eric Saindon. “With this extra amount of information, we get proper lip depth and pull, and wrinkle information that we have always made assumptions for in the past.”