[This story contains spoilers for episode three of Disney+’s The Mandalorian.]

If you’re watching The Mandalorian, or even just have a passing knowledge of it, then you’re undoubtedly aware of the inescapable presence of “the child,” which the web has dubbed Baby Yoda. For lack of a better term (though I’m trying my best to make “yodling” stick), this little creature now shares a namesake with the iconic Jedi Master, performed by Frank Oz. Like the Porgs in The Last Jedi (2017), or Baby Groot in Guardians of the Galaxy (2014), Baby Yoda has captured the hearts of fandom, which means merchandizing opportunities abound. Given how profitable the business of Star Wars merch has become, and welcomed — despite the fact that 36 years ago George Lucas was criticized for this very effort when he introduced the Ewoks in Return of the Jedi (1983) — the popularity of Baby Yoda doesn’t come as a surprise. Expect copies upon copies of the little green guy stocking shelves this holiday season. But Baby Yoda is more than a marketing ploy. He’s an integral storytelling piece within The Mandalorian, one whose copied image on social media and within department stores, may ironically be an answer to what is now the Disney+ series’ greatest mystery.

On the third episode of The Mandalorian, “The Sin,” directed by Deborah Chow, the titular Mandalorian (Pedro Pascal) makes good on his bounty, delivering Baby Yoda to The Client (Werner Herzog) and Dr. Pershing (Omid Abtahi) with a guilty conscious. At this point we’ve yet to learn what The Client, who has Imperial connections and wears the insignia of the fallen Empire around his neck, wants with the yodling. But there’s a line in the latest episode in which The Client says to Dr. Pershing “extract the necessary material and be done with it” in regards to the child. Perhaps showrunner Jon Favreau, in an effort to fall back on Lucas’ work, is intending for this material to be midi-chlorians, microscopic life forms tied to Force potential. But what seems even more probable is that The Client is talking about genetic material.

Cloning is an integral part of the Star Wars canon, yet despite that fact, it hasn’t played a prominent role outside of the prequel films and the animated series The Clone Wars. It’s not only plausible that The Client is hoping to clone Baby Yoda in an effort for the remnants of the Empire to have their own Force-wielding weapon, but it would be thematically fitting. The most well-known Mandalorian in the Star Wars universe is Boba Fett, a clone of Jango Fett (Temuera Morrison), whose genetic material was used to create the Clone Troopers that ultimately became the first iteration of the Stormtroopers before the Empire began accepting civilian applications to fill their ranks. Given the cyclical and parallel nature of storytelling in the Star Wars universe, it would make sense for a the Mandalorian, whose existence will forever be associated with a bounty hunting clone among fandom, to be tasked with caring for a child who the Empire seeks to copy.

Another thing to note when it comes to Baby Yoda is that he is 50 years old, as revealed in the pilot episode. Is it possible that Baby Yoda has a more literal meaning than how we’ve been interpreting it? Cue up Nine Inch Nails “Copy of a” and hold on. Given his age, Baby Yoda was born, or created, 41 years before the Battle of Yavin, i.e. the Destruction of the Death Star in A New Hope (1977). That means he was born the same year as Anakin Skywalker. Now if we go with the idea that Baby Yoda is a clone of Yoda, then there’s the question of who created him and why. And if he was born a natural birth, then perhaps the Qui-Gon Jinn (Liam Neeson) was wrong about the child who would bring balance to the force when he took Anakin on as his apprentice before his untimely death. What if the entire Skywalker lineage was the result of the mistake of one Jedi? It would certainly throw a wrench into the notions of a “chosen one” that has guided so much of the Star Wars mythos. But it would also fit thematically with Rian Johnson’s consideration of heritage in The Last Jedi, in that the power and greatness of the Force, the past and future, belongs to more than one family.

To return to the possibility that Baby Yoda is a clone of Master Yoda, perhaps Jedi Master Sifo-Dyas is the key. The mysterious Jedi who foresaw that the Republic would need an army, and used Jango Fett to create one on Kamino, could have conceivably foreseen the need for another powerful Jedi like Yoda as well. But where Baby Yoda has been for the past 50 years remains a mystery. There are a lot of questions about the process of cloning within this universe that have yet to be explored. And outside of a brief argument between Kylo Ren (Adam Driver) and General Hux (Domhnall Gleeson) in The Force Awakens (2015) about the reliability of clone troopers, they haven’t played a part in the sequel trilogy (yet). But the existence of this technology, and the possibility that it not only replicates the body but also prowess in the force, could have major implications should Baby Yoda be a clone. 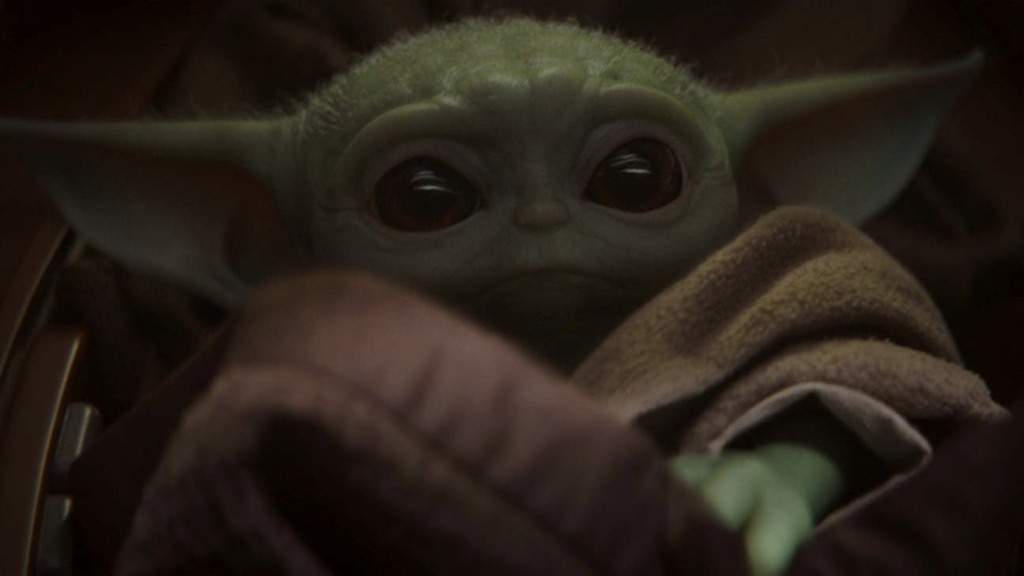 One of the biggest mysteries heading into The Rise of Skywalker is how Palpatine (Ian McDiarmid) makes his return. The latest trailer suggests that he’s more than a force ghost. Interestingly enough, in the now non-canon expanded universe stories that now make up Star Wars Legends, Palpatine did return, via spirit transference, in a clone body in the comic series Dark Empire by Tom Veitch and artist Cam Kennedy. Given that the current Star Wars canon has pulled certain elements from Legends into the current continuity, and that cloning seems to be a major hanging thread for the Sith given their fear of death, it stands to reason that cloning could play a major part in The Rise of Skywalker. There’s even some speculation that Rey herself is a female clone of Palpatine. Whatever the case, the mystery of Baby Yoda could be integral to the conclusion of The Skywalker Saga.

So far, we’ve been looking at The Mandalorian as its own story, one that’s part of canon but separate from the Jedi, Sith and story of the Skywalkers. But perhaps it’s more than that. Every piece of Star Wars media that exists in canon, from comics to video games, has had a greater impact on the story at large. And the idea that the first live-action Star Wars series wouldn’t be in conversation with the current films seems suspect. Baby Yoda’s inherent cuteness may be distracting us from the fact that his existence paves the way for the future of Star Wars, and potentially its biggest threat.

Will 'The Mandalorian' Answer One Question George Lucas Never Did?