The Avengers may be getting some much-needed rest after Endgame, but Peter Parker’s vacation plans look like they’ll have to wait. Monday morning, Sony and Marvel Studios released the second trailer for Spider-Man: Far From Home, the final film in Phase 3 of the Marvel Cinematic Universe. In what may be a marketing first, the trailer came with a spoiler warning for Avengers: Endgame, courtesy of Spider-Man himself, Tom Holland. The trailer makes it clear the film will be directly dealing with the ramifications of Thanos’ (Josh Brolin) decimation, the restoration of Earth’s population, and the death of Tony Stark. The trailer quickly curtails any expectations that the film will be one of the breezier MCU installments, akin to last year’s Ant-Man and the Wasp. Spider-Man: Far From Home promises not to quickly move on from Endgame, and instead allow Parker, and audiences, to sit with grief and the unavoidable shadow cast by Iron Man.

The MCU’s version of Peter Parker can’t entirely escape his association with Iron Man, but that doesn’t mean it’s a bad thing. The relationship between Peter Parker and Tony Stark (Robert Downey Jr.) has been one of the highlights of Marvel Studios’ Phase 3. To simply have Peter quickly move past that in his solo film would feel disingenuous and contrary to the insistence that Marvel Studios place more emphasis on why these relationships between characters matter. Although Endgame gave Stark a fitting funeral, Far From Home looks to be, in part, an elegy for Iron Man and the legacy he leaves behind for superheroes. As Parker deals with regaining his life and trying to enjoy it, he must also contend with the question of what Stark would have wanted for him in this hero’s gig.

Is it developing closer ties with SHIELD by taking on this mission for Nick Fury (Samuel L. Jackson)? Is it finding a new mentor/father figure in Quentin Beck aka Mysterio (Jake Gyllenhaal)? Or, is it trying to find some semblance of a normal life with MJ (Zendaya) and his friends? But the most important question may be the one Beck poses, “what do you want, Peter?” Spider-Man: Homecoming dealt with Spider-Man trying to find his place in a world full of established superheroes, and Far From Home looks to follow that idea up with Spider-Man trying to find his place in a world that has changed, a world where many of those heroes are gone, and the logistics of being a friendly neighborhood hero have to be reexamined after his experiences with the Avengers. There is an emphasis in this trailer that coming of age is not a singular story, but a process. As much as Watts has cited the films of John Hughes as an influence, there is an understanding that real adolescent development isn’t a story that can be told in two hours. It’s a path, one that Far From Home looks to follow to its next logical point. 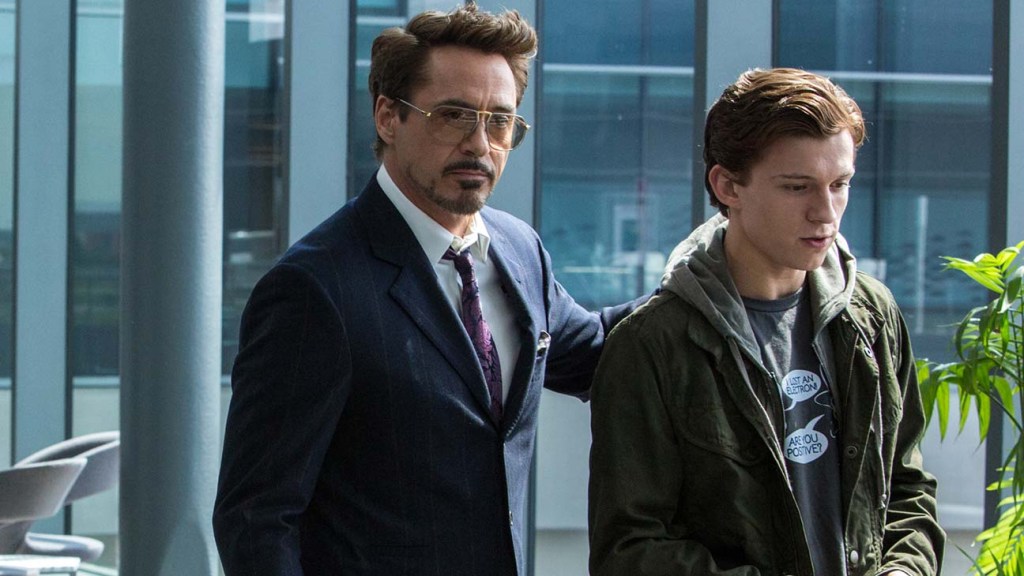 While it’s easy to jump on Peter’s line, “the world needs the next Iron Man,” and assume his consideration of taking up the mantle is out of character, it’s important to consider a few things. This iteration of Peter Parker is younger than any we’ve seen in films before, and he exists in a world where he is not the only superhero. It makes sense that a teenager would consider following the footsteps of his role model and biggest supporter. And this isn’t an aspect of the character that is specific to the films either. While Iron Man’s role in these latest Spider-Man films no doubt highlights Peter Parker’s existence within the larger MCU, it’s also a story thread that’s not entirely dissimilar from Stan Lee and Steve Ditko’s The Amazing Spider-Man No. 1 (1963).

Within those pages, Peter Parker attempts to join the Fantastic Four, not only because he naively thinks they get salaries for superheroing, but because he looks up to the team and sees the way the public responds to them. This was also Lee and Ditko’s way of establishing Spider-Man within their growing Marvel Universe whose Silver Age began with The Fantastic Four. In Brian Michael Bendis’ Ultimate Spider-Man, of which Watts’ film borrows significantly from, it was Captain America whom Spider-Man looked up to and wanted to impress. Within the MCU, Iron Man replaces the Fantastic Four or Captain America, but their roles are similar. A key part of Spider-Man’s youth is his search for mentor figures, a desire to belong, a the question of whether he can do more, which defined many of his early allies and enemies. He always exists in the shadow of larger characters, events and the struggles of adulthood. It’s what has given him the underdog aspect that allowed him to rise as one of comic’s most popular heroes.

Far From Home doesn’t look like an attempt to make Peter Parker into Iron Man, rather it appears to be an investigation into the character’s struggles and a celebration of why the world doesn’t need him to become Iron Man, but to be Spider-Man. Undoubtedly, Parker’s team-up with Mysterio against the Elementals will further prove why Spider-Man is enough of a hero, and that the legacy of superheroes doesn’t have to be as direct as picking up a mantle. Spider-Man: Far From Home may be in the shadow of Endgame and Iron Man’s death, but the shadows are where Peter Parker does his best work and truly tests the bond between power and responsibility.