Continue to The Hollywood Reporter SKIP AD
You will be redirected back to your article in seconds
Skip to main content
June 17, 2019 12:30pm
Logo text

You think you obsessively check for signs of aging? Michael Marino does it for a living, and not just on his own face. “I’m always looking at how a person’s face moves and wrinkles,” says the prosthetic makeup designer.

For Marino, hunting for neck creases and droopy eyelids on Hollywood stars is a critical part of his job. “I can’t just make up wrinkles,” he says, explaining that the best results in prosthetic makeup are achieved when the pieces follow the path of an actor’s own creases. “Their face is driving the whole makeup.”

For season three of HBO’s True Detective, Marino, along with head of makeup John Blake and head of hair Brian Badie, was tasked with taking Mahershala Ali and Stephen Dorff through storylines that alternated from 1980 to 1990 and 2015.

The Emmys Embraced True Crime, With a Focus on Scams Over Murder

“A big part of the show was being able to go to these different stages without having makeup that looked too distracting,” says Blake, who for nearly half the series hand-applied stubble on Dorff, strand by strand. “A lot of times, you see age makeup and it doesn’t look like the real person.”

To determine how to make the characters appear in their 80s, they had to interpret how lifestyle would affect their aging. “How a person ages really depends on diet, if you’re in the sun, abuse of drugs or alcohol,” says Marino. “True Detective was two super-stressed-out police officers who both smoked and drank. I knew that we could get away with making them a little craggy.”

Aging Ali and Dorff involved a team of up to six artists in a makeup trailer, creating their looks in tandem. “When I walked out of that trailer, I was like, ‘Oh my God!’ because it was so intense getting it together. The actors had been sitting there for hours, just getting poked and nipped and glued,” says Badie. “It requires the utmost in cooperation, zero ego and professionalism.” 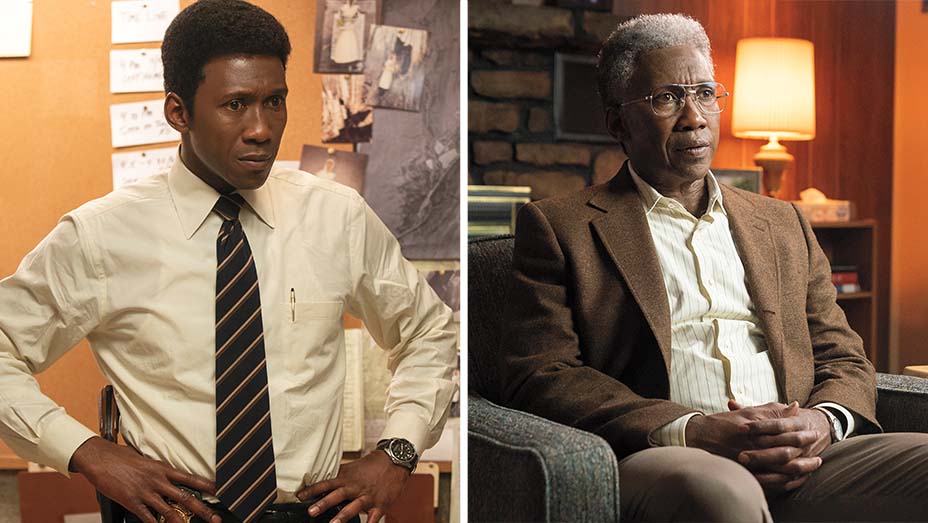 While prosthetics are commonly used for aging, Amanda Carroll, makeup artist to Patricia Arquette, decided to avoid them in crafting Dee Dee Blanchard for Hulu’s The Act. “I felt that we could create the look that we wanted by hand,” says Carroll. “I needed to be able to easily switch makeup looks without holding up production, so I actually went back to old-school ways: highlight and shadow, stippling, a little red pencil, trying to give that really not-so-well look around her eyes.”

Carroll established three main looks ranging in age from 24 to 48. “By the end, Dee Dee was hooked on pills and she’d gotten diabetes. Hence, we went for a very ruddy, wrinkled look,” she says. To create 48-year-old Dee Dee, Carroll skipped moisturizer, taking advantage of the way dry skin looks on camera. “Patricia was definitely deprived on this show. Her skin was dehydrated,” says Carroll. “But when Patricia dives into a role, it’s 100 percent.”

Time is always a scarce resource on TV productions, but head of makeup Zoe Hay and head of hair Michael Reitz have now spent three years perfecting their aging process on This Is Us, the NBC drama where some characters range in age from 16 to 80. 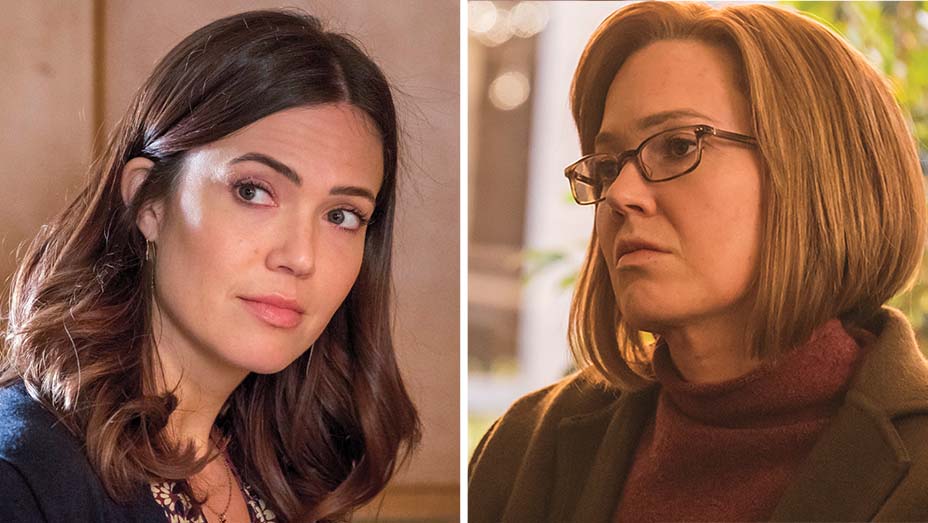 The streamlining of the process is in part thanks to prosthetic pieces custom-made for the series. “Our prosthetics designer Stevie Bettles has designed a brand-new system that’s a peel-and-stick prosthetic. There are no edges, so they blend right into the skin, they enable us to do the makeup much faster and they’re very, very pliable so they move with the actor’s face,” says Hay.

The increase in efficiency is welcome, considering that every year brings new challenges. Season three introduced Mandy Moore’s character as an 80-year-old hospice patient while Milo Ventimiglia’s character spent an episode as a young Vietnam War soldier. “We had to cut Milo’s hair for Vietnam, so he’s wearing a wig in most of the season this year,” reveals Reitz. “It doesn’t look like we really did anything, but as an artist you’re always stressed until you see it being convincing, because it’s not magic. It’s still gluing hair to someone’s head and hoping it looks good.”

Few are as aware of the pressures of attaching a hairpiece as hair designer Chris Fulton, who for FX’s Fosse/Verdon was tasked with turning Sam Rockwell’s voluminous head of hair into choreographer Bob Fosse’s notorious comb-over. “It’s the hardest, most rewarding wig I’ve ever done,” says Fulton. Instead of wearing a bald cap, Rockwell agreed to have his head shaved every day so that Fulton could apply Fosse’s receding head of hair. “The comb-over had different stages,” says Fulton. “We changed the density of the hair to show age, and because he also did a lot of drugs and smoked a lot, it had to look kind of unhealthy.”

For head of makeup Debbie Zoller, one of the challenges was establishing how Fosse and Verdon aged in relation to each other. “Gwen was two years older in years, but Bob, because of his lifestyle, looked older,” says Zoller, who while researching discovered that Verdon’s (Michelle Williams) path had an interesting marker. “She started to look a little older, and then all of a sudden she reversed 10 years,” says Zoller. “We realized that she had a face-lift.”

To age Rockwell, Zoller added character lines and freckles, spattering in more texture, then used prosthetics to make his face fuller. Williams wore dentures that pushed her upper lip forward and rotated between two double chins depending on Verdon’s age. “Toward the end, in the ’80s, we did the silicone-encapsulated double chins that changed her face so perfectly,” says Zoller, who consulted This Is Us‘ Hay before diving into the job. “She was lovely in giving me some pointers,” says Zoller. “It is a very small community, and we do want to help each other rise.” 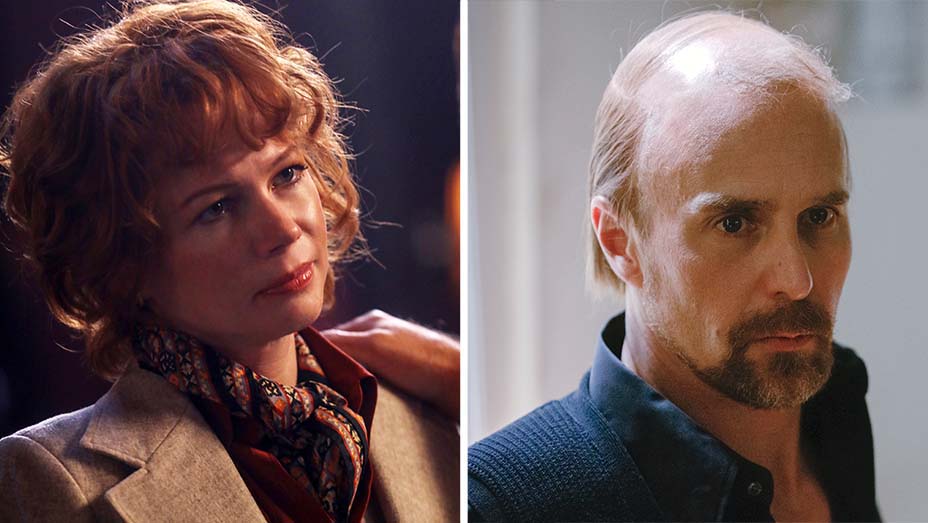