On Sunday, the owners of Z’s Comic Lair in Nashville were surprised to see that an Instagram post they’d been tagged in was amassing thousands of likes.

Comic book artist Rob Liefeld, known as the creator of Deadpool, had tagged the shop with a sketch of Wolverine, announcing he was auctioning it off to the highest bidder, with all proceeds going to Z’s Comic Lair. By Monday evening, the sketch had sold for $2,300 — and soon the shop had the money in its Paypal account.

“That was big shock to us,” says Patrick Zambrano, who has owned Z’s for the past four years with his brother.

Like thousands of comic shops around the country, Z’s is closed and struggling to pay bills amid an unprecedented shutdown of the industry. The store’s landlord has put its rent on pause, but there are plenty of other expenses, including payroll for the shop’s one employee. While Z’s is trying various ways to keep income flowing in during the coronavirus pandemic, such as online sales, there’s just no replacement for the customers who usually come in for their weekly fix of new comics.

“Weekly comics are our bread and butter,” Zambrano notes.

Liefeld has committed to auctioning one sketch a day for the foreseeable future and giving the proceeds to a different shop each time. He revealed his plans after DC chief creative officer and publisher Jim Lee’s own announcement that he would be auctioning off a different sketch each day for 60 days, with the money going to the BINC Foundation, a charity helping comic retailers. Ebay for Charity has set up a page where people can bid on comic book art (including from Lee).

Liefeld, who lives in Southern California, has a series of comic shops he visits every week during normal times. It’s been challenging for him to see shops around the country struggling.

“For the people who own these stores, this is their passion,” says Liefeld, whose auctions have already raised $24,000. “I’ve talked to a lot them since I’ve been doing this. They are telling me about their bills and how they are piling up and they are happy to get any help they can.”

Buyers have come from around the world, including Hollywood. Freddie Prinze Jr. commissioned a $5,000 sketch of the Batman villain Bane from Liefeld, while Veep showrunner Dave Mandel won the bidding for a $4,700 Lee sketch of the Superman villain Bizarro, which the TV writer famously wrote into an episode of Seinfeld.

“I’m super grateful to see how generous, giving and supportive the comics community has been through this first week of sketches, particularly the art collectors out there,” says Lee, whose monies add to $250,000 already donated from DC as a whole. “Doing 60 sketches in 60 days is a marathon for a part-timer like me and we’re way ahead of the fundraising expectations. It’s also been a lot of fun and challenging to draw so many characters for the first time, and to do something different with each piece.”

Lee is hoping to assemble the 60 sketches into a collected edition, so that fans “can get nice prints of each and every image,” with proceeds again going to the BINC Foundation. (His latest sketch, of Batman Beyond from the Batman: Arkham Knight video game, can be seen at the end of this post.)

Liefeld is still working on upcoming comics, and has made his daily drawing part of his routine for the time being. There’s no end in sight for him.

“It got me out of a funk. It has focused me,” says Liefeld.

Z’s co-owner Zambrano acknowledges it is a dire time for the comics industry, but sees what Liefeld and Lee are doing as a sign of hope.

“If half the stores get wiped out,” I don’t know if the industry survives,” says Zambrano. “But if you have enough people like them step up, maybe they can float the industry for awhile.”

It’s time for WOLVERINE!! Sketch #6! This one goes to @zs_comic_lair in Nashville! Bidding on this will end at 7pm Pacific on Monday April 6. Contribute to a comic store in these difficult time as they are closed down and every little bit helps! The stores get paid directly by you via digital means. #wolverine #xmen #robliefeld #marvel I’ve posted an update to this pic, I tweaked it a little, on my story! 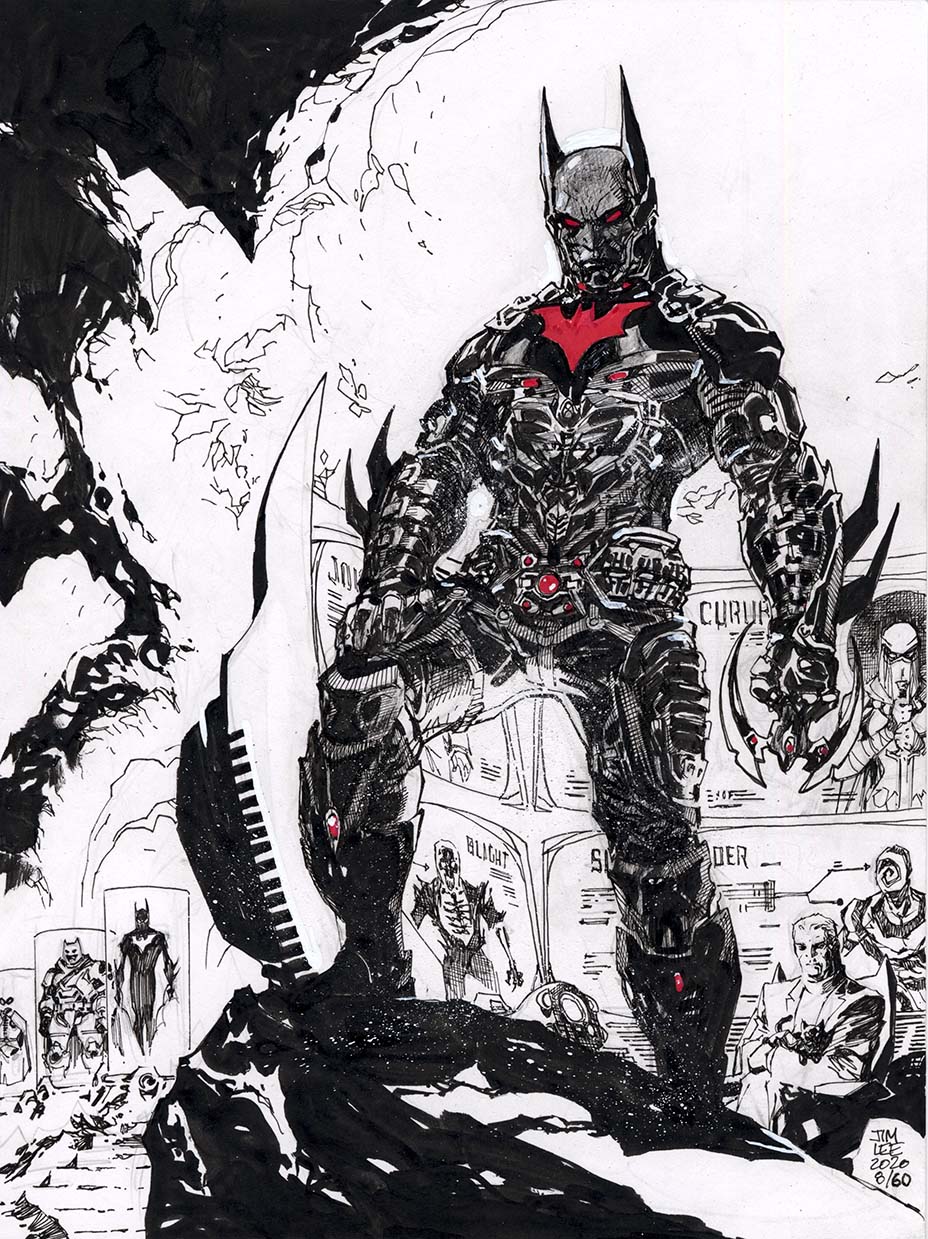 April 10, 10:35 a.m. Updated to note that eBay for Charity has set up a page for charity comic book auctions.