Jacques d’Amboise, the premier New York City Ballet dancer who displayed his energy and athleticism on the big screen in the musicals Seven Brides for Seven Brothers and Carousel, has died. He was 86.

D’Amboise died Sunday in his Manhattan home of complications from a stroke, his daughter, actress-dancer Charlotte d’Amboise, told The New York Times.

He spent the past four-plus decades providing free classes to schoolchildren at his New York-based National Dance Institute.

He also participated in a steamy duet in another Fox musical released in 1956, Michael Curtiz’s The Best Things in Life Are Free, and was dazzling on episodes of NBC’s The Bell Telephone Hour dance specials — one of the first TV series to air exclusively in color — throughout the ’60s.

D’Amboise performed with the New York City Ballet for about 35 years. As a protégé of George Balanchine, he is perhaps best remembered for his turn in Apollo, and he had more works choreographed specifically for him by the ballet legend than any other dancer.

In a 2018 interview with The Associated Press, he described the moment in the early ’80s when he decided to end his dance career. “I was almost 50, there were only a few roles left that I could do,” he said. “I was waiting to go onstage, and I suddenly thought, ‘I don’t want to go on.’ I danced, came off, took off my ballet shoes and quit.”

He found dancing in films and on the ballet stage quite different, he noted in his 2011 autobiography, I Was a Dancer.

“I found it difficult to sustain enthusiasm [working in the movies] when you stop and start, stop and start, and by the end of the day, you’ve only danced a few steps,” he wrote. “Performing with a ballet company, you’re in conversation with the audience, not the camera; it’s immediate, and there’s no going back to redo, repair or camouflage.”

Joseph Jacques Ahearn was born on July 28, 1934, in Dedham, Massachusetts, and raised in Manhattan. He began his ballet training with Madame Seda in Washington Heights, and within a year at age 8, he was studying at the School of American Ballet with Balanchine, Anatole Oboukhoff and Pierre Vladimiroff. 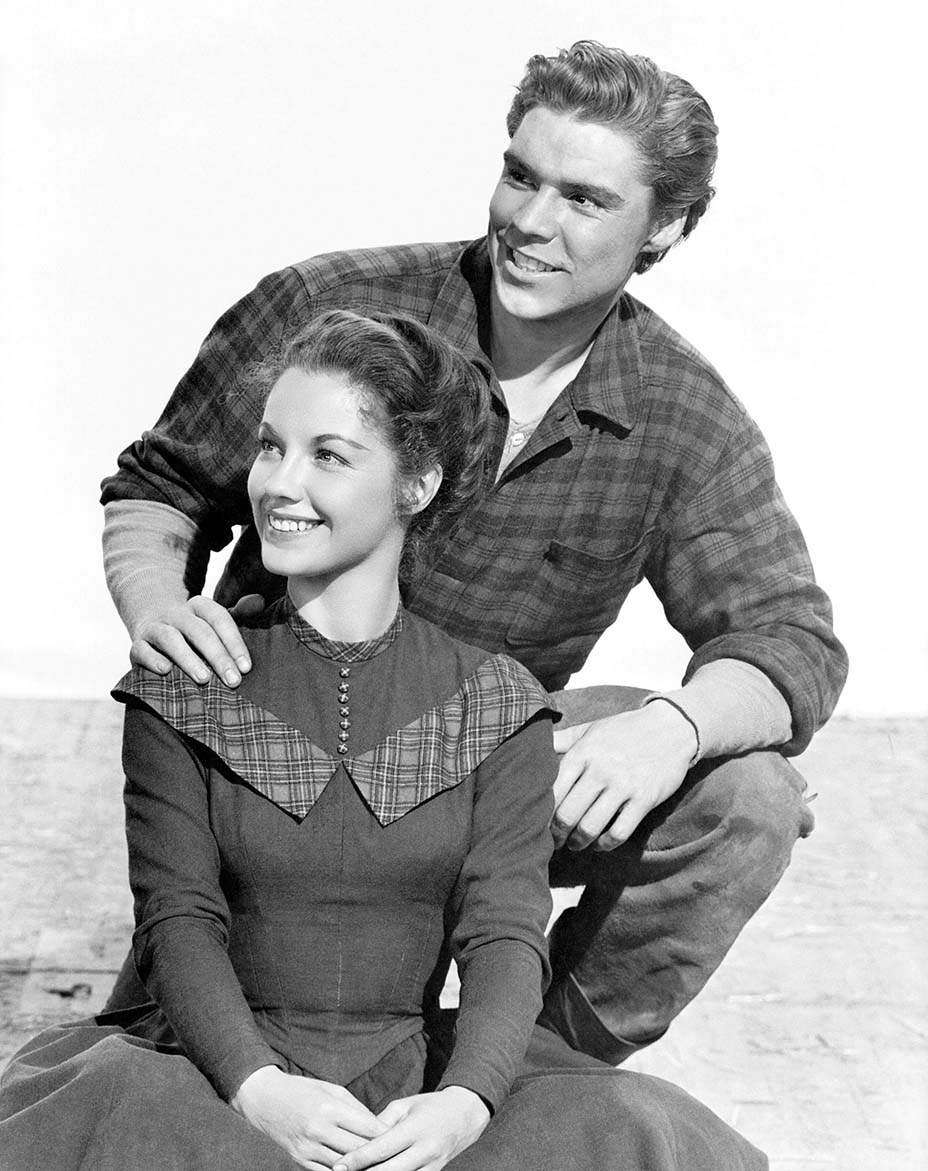 At 12, he performed with the Ballet Society, then joined the New York City Ballet three years later. In 1950, he made his European debut at Covent Garden in London. (His father would change the family surname to d’Amboise because it sounded “better for the ballet.”)

He took part in the electric “Barn Dance” number in Stanley Donen’s Seven Brides (he’s the one wearing the dark green shirt), and here’s how former dancer and Pointe magazine editor Amy Brandt described his performance — based on Agnes DeMille’s choreography from the original 1945-47 Broadway production — in Carousel:

“With casual swagger and his trademark enthusiasm, d’Amboise seems like just a regular guy — until he starts jumping. He finishes off a series of four consecutive double tours with a triumphant toss of the head, then hangs midair in his double cabrioles, showing off his spectacular beats before he even thinks about landing. Later, he joins Luckey for a swooning pas de deux, lifting her so effortlessly through a spiral that you forget he’s only holding her with one arm.”

As a choreographer, d’Amboise commissioned almost 20 works for the New York City Ballet.

“Jacques was a life force,” NDI director Ellen Weinstein, who worked for some 40 years with d’Amboise, said in a statement. “Jacques knew first-hand the joy and transformative power that the arts can bring to the lives of children, and he dedicated the last 45 years to ensuring that every child has access to quality arts education. His impact is immeasurable and everlasting.”

He Makes Me Feel Like Dancin’, a 1983 PBS documentary about his work with NDI, won an Academy Award, two Emmys and a Peabody.

A Kennedy Center honoree in 1995, D’Amboise received a National Medal of Arts award in 1998 and the Mayor’s Award for Arts & Culture in 2004. He taught as a visiting professor at UC Santa Barbara for 11 years.

He was married to ballerina Carolyn d’Amboise from 1956 until her death in 2009.

Survivors include his daughters, Charlotte and Catherine (they’re twins), and sons George and Christopher, a choreographer and former City Ballet dancer.