Thursday morning, Eon Productions made the announcement that Cary Fukunaga will replace Danny Boyle as the director of Bond 25. The announcement comes as a surprise, considering Fukunaga, best known for directing season one of the HBO series True Detective (2014) and the film Beasts of No Nation (2015), hadn’t shown up on any of the shortlists of potential candidates. The news comes ahead of Friday’s release of Fukunaga’s Netflix miniseries, Maniac, starring Jonah Hill and Emma Stone.

The choice of Fukunaga is interesting for a number of reasons. He’ll be the first American director to helm a canonical Bond feature, and the second non-white director, following Die Another Day‘s Lee Tamahori. But beyond his nationality, Fukunaga has made a name for himself delivering deeply introspective looks at broken minds, and broken countries, in ways that refuse to shy away from either horror or mystique. Although he has yet to make a full-on genre film, he has infused his work with touches of the macabre, the gothic, the surreal and even the Lovecraftian. If Boyle made a great choice for Bond because of his potential to dig into Bond’s everyday humanity, then Fukunaga makes for a very different, though no less exciting, choice because he may be the filmmaker to delve into the horror of being James Bond.

It’s been some time since the world’s greatest spy has been handled with the sense of intrigue and mystery that was originally a part of the character from the first shot of Sean Connery’s Bond in Dr. No (1962). The very idea of a famous spy also being mysterious has become something of an oxymoron that’s made it difficult to stick Bond back in the shadows. Even in the frequently darkened spaces of Sam Mendes’ Bond films, there’s the factor that Bond is overly familiar, both to audiences and the characters onscreen. Skyfall (2012) and Spectre (2015), while both strong Bond films — the former more so than the latter — both rely on adversaries with intimate knowledge of James Bond. The result is a spy who always feels a few steps behind his villains, catching up to mysteries that the audience has either already solved or been let in on. But Fukunaga, whose works often rely on presenting familiar concepts in ways that haven’t been seen before, may be able to create a true sense of mystery in the franchise again. And mystery is alley just one sharp turn away from horror. 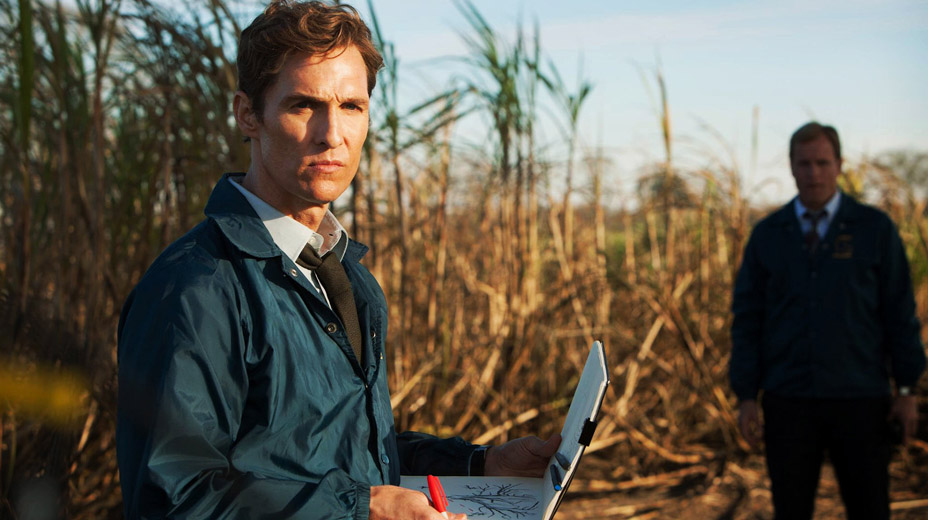 Fukunaga has never shown interest in telling stories that rely on comfortable presentation or a lack of risks. Take his adaptation of Jane Eyre (2011) for example, which despite the numerous adaptations of Charlotte Bronte’s novel, managed to bring out the inherent horror of the story, the madness that tinged Victorian civility. Or Beasts of No Nation, in which Fukunaga explored the horrors of child soldier, Agu, and showed the effects sustained violence had on his mental state and perception of the world. And True Detective, while perhaps best remembered for writer Nic Pizzolatto’s dialogue, would not have become the sensation it was without Fukunaga’s deft ability to play with the rules of observation and make both the viewers and characters question what they are seeing in a way in which fantasy is invited to bleed over into reality. While none of these projects has carried the horror label outright, each explores horror through harrowing life experiences that showcase a world far stranger than originally suggested. Daniel Craig’s films have been praised for their grounded nature, but perhaps Cary Fukunaga, for Craig’s final installment, will be the director to successfully unground James Bond in the 21st century in a way that isn’t silly but psychologically gripping.

Bond films are often reactionary. They frequently pick up on the attributes and trends of other successful films and franchises and envelop them into their own narrative. Recent examples include Casino Royale (2006) feeling like a reaction to The Bourne Identity (2002) and The Bourne Supremacy (2004), and Skyfall being a reaction to The Dark Knight (2008). Before that, Licence to Kill (1989) was a response to the success of Lethal Weapon (1987) and TV series Miami Vice (1984); Moonraker (1979) a response to Star Wars (1977); and Live and Let Die (1973) a response to Shaft (1971) and perhaps a bit of Hammer’s Dracula A.D. 1972 (1972). With this in mind, horror seems like an even more viable angle for the Bond franchise to move into, if only slightly so, given the awards season success of films like Get Out (2017) and The Shape of Water (2017), box office sensations like A Quiet Place (2018) and It (2017) — which was originally developed by Fukunaga before he left over creative differences. Even indie horror like this year’s Hereditary and Mandy is finding enthusiastic critical and audience reception, or at the very least sparking new conversations around the genre. And for Bond to survive, it must continue to spark new conversations. The blockbuster market is currently cornered by cinematic universes, so if Bond won’t go there, the next viable option seems to be horror.

It is unlikely that we’ll ever see James Bond facing off against Dracula in Transylvania, or loading up his Walther PPK with silver bullets, but psychological horror seems like a very likely direction given Fukunaga’s background. Horror isn’t entirely unfamiliar to the Bond franchise, either. Roger Moore’s first Bond film, Live and Let Die, delved into voodoo and ended on a note that clearly suggested the existence of the supernatural. Bond 25 doesn’t need to be supernatural, but the suggestion of something other, if only a result of the perception of a mind that has spent a lifetime thinking of ways to kill and bottling up grief, could be wholly effective in Fukunaga’s hands. There are decades of ghosts in James Bond’s psyche, and for almost 60 years we’ve watched James Bond continue on as our unflinching, unshakable hero. Perhaps it’s time to make him flinch.