A group of James Gunn fans are showing their appreciation for the fired Guardians of the Galaxy director in a big way.

On Monday, a digital billboard popped up in Garden Grove, California, at an intersection just over four miles away from Disneyland in Anaheim. The billboard, which reads “Save the Galaxy: James Gunn for Vol. 3,” was paid for via a GoFundMe campaign that has raised nearly $5,000 since launching last month. The campaign sprang from the minds of a group of fans who organized online soon after Disney fired Gunn as director of Guardians 3 on July 20, after conservative personalities resurfaced old tweets in which the filmmaker joked about rape and pedophilia.

Giuseppe Cincinnato, a 29-year-old Ohio chef and one of the minds behind the billboard, notes it is to show their campaign is “not just all online outrage.”

“We really love Gunn as both a creator and the man we’ve seen him mature into,” Cincinnato tells The Hollywood Reporter. “Even if this wasn’t going to cause Disney to see their mistake, we could at least show James Gunn how much support he has in his corner of the galaxy.”

The group created a website, RehireJamesGunn.com, and paid a company $4,000 to run the digital billboard, which will be up through Nov. 25. If the group raises enough money, it would like to get a more expensive billboard ahead of Christmas, one that’d be a little closer to Disneyland.

For now, the group’s digital billboard can be viewed from the California 22 eastbound freeway before the Harbor Blvd. exit. The billboard is located at 13541 Newhope St.

For Cincinnato, getting the billboard proved more challenging than he thought it would be.

“I’ve probably sent hundreds of emails, hundreds of phone calls. Hundreds of text messages to so many companies and reps,” he says. “We definitely hit a few hiccups.”

Gunn’s firing sparked the Guardians of the Galaxy cast to ask for him to be reinstated, while a Change.org petition has gained more than 400,000 signatures. Disney has stood behind its decision to fire Gunn.

“The James Gunn decision was brought to me as a unanimous decision of a variety of executives at the studio and I supported it,” Walt Disney CEO Bob Iger recently told THR of Gunn’s firing. He added: “I haven’t second-guessed their decision.”

Gunn, meanwhile, has moved on. Earlier this month, Warner Bros. hired the filmmaker to write a sequel to Suicide Squad, which he may also direct for the Marvel Studios rival.

Though it’s unlikely Disney will rehire Gunn, Cincinnato still holds out some hope that the studio could “reevaluate” its decision down the road, particularly as Guardians 3 remains on hold.

“If nothing comes of this, at least we met some amazing people and we did what’s right for James and showed how important he is for us,” says Cincinnato.

Disney did not respond to a request for comment. 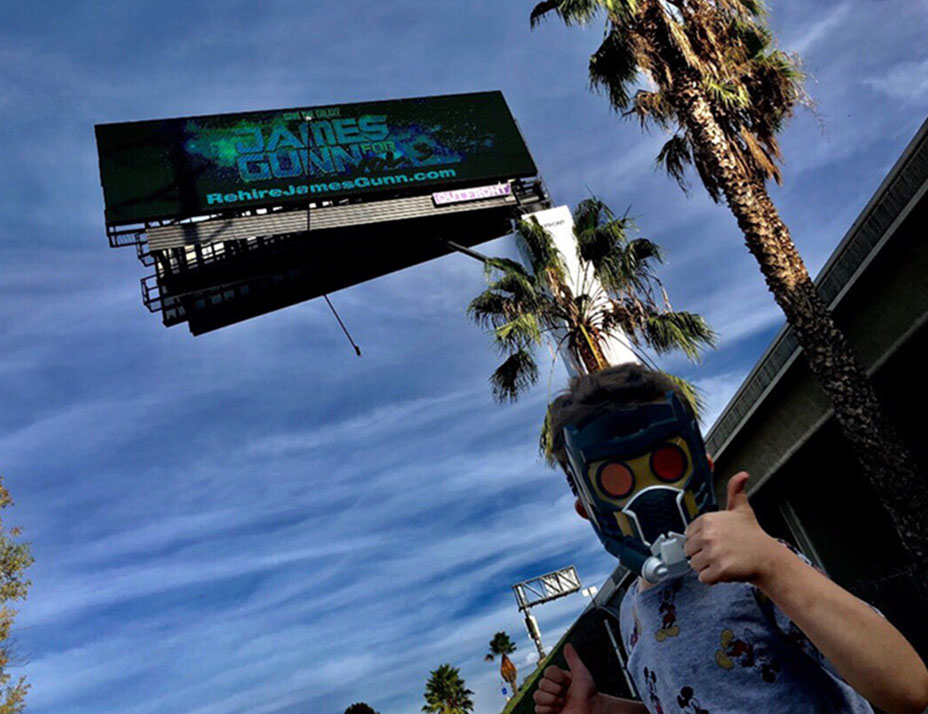 What James Gunn Can Bring to 'Suicide Squad' Sequel