After nearly a year of keeping a low public profile, filmmaker James Gunn is back this week with Brightburn.

Gunn produced the superhero horror film, which centers on a Kansas couple (Elizabeth Banks and David Denman) who discover an alien baby in a field. They raise the child as their own, but start to question if their powerful son Brandon (Jackson Dunn) was sent to this world for good or for evil.

At his side through his ups and downs has been his longtime friend and star Banks. She was among the first people he called after his July 2018 firing, as the duo reveal on this week’s episode of Heat Vision Breakdown (watch above).

Adds Gunn: “I’ve been very, very lucky to have people like Elizabeth who, when things go up, they are there for me … When things go down, they’re there for me. I’m the same way with her. No matter what happens in her life, I will always be her friend.”

In addition to Brightburn, Gunn produced Avengers: Infinity War and Avengers: Endgame so he could advise on how those films tackled the Guardians of the Galaxy and the cosmic side of the Marvel Cinematic Universe. Marvel is continuing to explore its cosmic elements with the upcoming Eternals film, which has led fans to speculate that Gunn would lend his talents as a producer.

Gunn is hesitant to discuss his future projects, but when asked if he plans on continuing to produce for Marvel, he indicated he would.

“I’ll keep producing stuff. I think at the end of the day, producing something like this [Brightburn], where I really was on set every single day and working with Dave [Yarovesky, director] and working with Elizabeth and trying to make this movie, is a little bit more fulfilling in some ways than what I do with — say Marvel — where I’m giving notes on scripts and helping them out with the character and guiding an overall thing.”

Over the course of their friendship, Banks has become a major filmmaker in her own right, with Pitch Perfect 2 (2015) earning $287.5 million globally and with the actor-turned-director currently working on Charlie’s Angels.

“I send him scripts and ask him to give notes,” says Banks of her respect for Gunn as a filmmaker.

Brightburn is a family affair for Gunn. It’s directed by his friend and protégé David Yarovesky, and is written by Gunn’s brother Brian Gunn and cousin Mark Gunn. The creative team was secretive throughout the process, with the premise kept hidden until the trailer dropped in December, when it generated buzz among genre fans surprised the film would be a dark twist on Superman’s origin story.

Could Brightburn surprise again by setting up a universe of films?

“I always think first and foremost about this movie by itself and I think it’s not an isolated experience. There are other things happening like that in the world,” teases Gunn.

Adds Banks of a key moment in the film: “It’s not just about Brightburn, Kansas all of a sudden. This is a phenomenon.”

Watch the full interview at the top of the post.

How 'Brightburn' Director Fought His Way to Superhero Horror 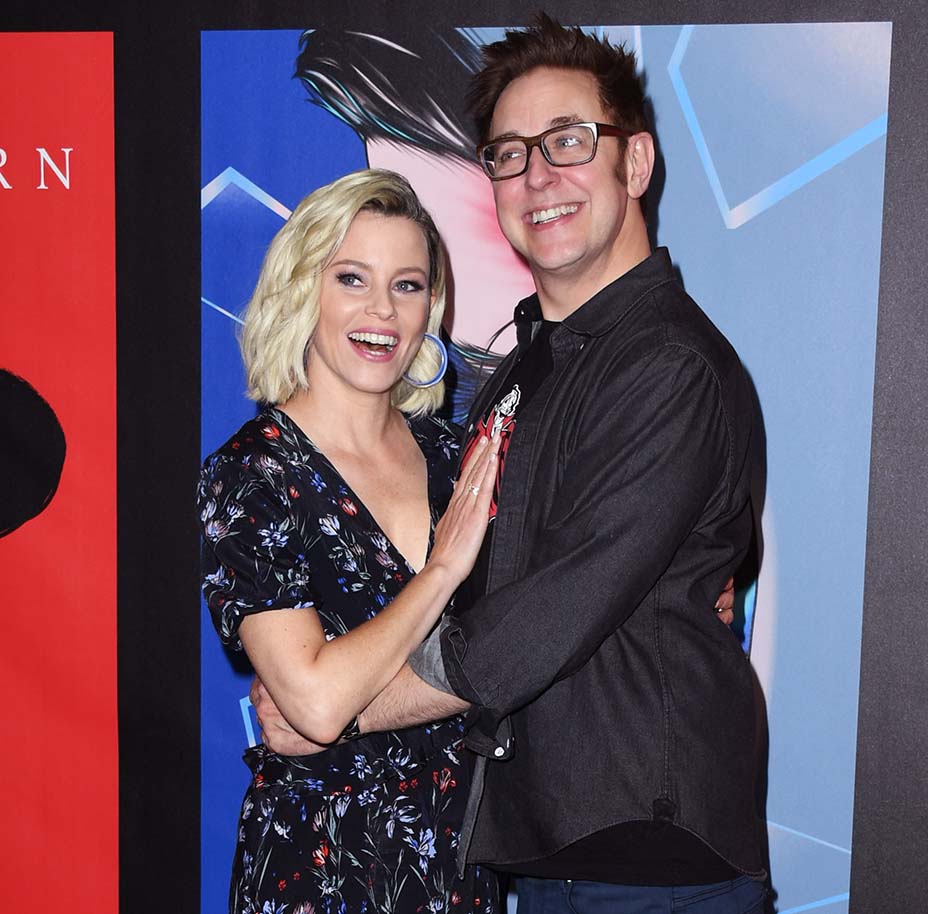