Continue to The Hollywood Reporter SKIP AD
You will be redirected back to your article in seconds
Skip to main content
April 20, 2017 10:29am
Logo text

The Guardians of the Galaxy headed to Hollywood Wednesday.

Chris Pratt, Zoe Saldana and Dave Bautista all were in attendance at the world premiere of Marvel’s Guardians of the Galaxy Vol. 2, but the star that got the most attention didn’t even walk the purple carpet.

Baby Groot would periodically halt foot traffic as premiere-goers stopped to take pictures next to posters and statues of every Marvel fan’s favorite sentient piece of drift wood. While kids carried plushies, their parents wore sunglasses styled to look like the pint-sized sequoia.

The event took place outside the Dolby Theatre, where florescent planets hung from the top of a tented carpet while a requisite amount of dad jams were pumped out over Hollywood Boulevard.

“I do my homework. Anybody whom I cast and put in the movie is going to be easy to work with,” says director James Gunn of the cast additions. “Because the last things I want to do is put a franchise together that we could be stuck doing a long time and be doing it with a bunch of jerks. That would be terrible.”

Stallone and Russell attended the premiere with their families, including Russell’s longtime partner Goldie Hawn and grandchildren, as well as this year’s Miss Golden Globes, the Stallone sisters.

“It’s a little like being the new kid in school, but I was nervous for about 10 minutes and then Chris Pratt made me laugh and everything was fine,” she told Heat Vision.

Even though Vol. 2 hasn’t hit theaters, people at the premiere were already asking about Vol. 3, which was announced by Gunn Monday on his Facebook page, where he wrote that it would be the final installment of his take on the Guardians franchise. Gunn wouldn’t say a lot about the threequel, but he did offer that “It doesn’t mean it will be the end of my relationship with Marvel.” (Marvel head Kevin Feige said Monday he could foresee a future in which Gunn would oversee projects beyond Guardians 3.)

The audience filed into the Dolby to enjoy the screening, where Gunn hopped up onstage to offer an impromptu thesis of this Guardians installment, which hits theaters on May 5.

“The first Guardians was about learning to love other people for people who didn’t know how to do it. The second movie has a lot to do with learning how to be loved by other people.”

Where 'Guardians of the Galaxy' Could Go After 'Vol. 3' 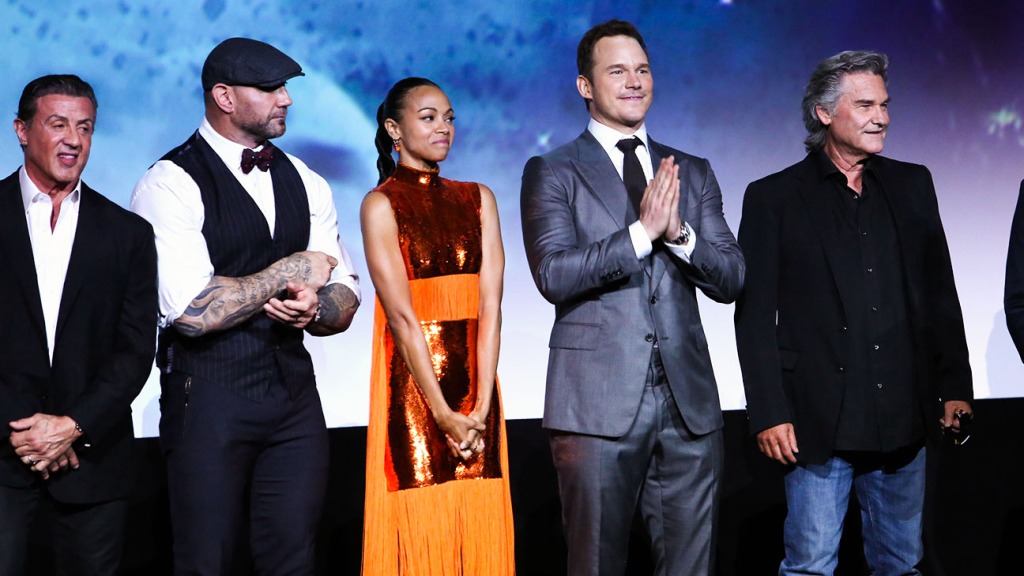