Actress and activist Jane Fonda recently revealed she was abused as a child in an interview with Brie Larson for Net-a-Porter’s The Edit.

“I’ve been raped, I’ve been sexually abused as a child and I’ve been fired because I wouldn’t sleep with my boss and I always thought it was my fault; that I didn’t do or say the right thing,” said Fonda, 79, to Larson, who has been an advocate for victim abuse.

Fonda, a self-proclaimed feminist and activist for years, explained that she often felt “diminished” with the men in her life, saying they were “wonderful but victims of a patriarchal belief system.” She said such a system takes a toll on females and that she’s happy that activism feels more “loving” now that it’s “women-led.”

“One of the great things the women’s movement has done is to make us realize that [rape and abuse is] not our fault,” added the star of Netflix’s Grace and Frankie. “We were violated and it’s not right.”

Women's March: How Hollywood Documented the Demonstrations on Social Media

Fonda revealed in 2014 that her mother, Frances Ford Seymour, was sexually abused as a child before committing suicide at age 42 (when Fonda was 12). At an event celebrating the 40th anniversary of the Rape Treatment Center, Fonda shared that while writing her memoirs, she found information through her mother’s medical records indicating that Seymour was abused at 8 years old.

“The minute that I read that, everything fell into place,” Fonda during her speech at the event. “I knew why the promiscuity, the endless plastic surgery, the guilt, the inability to love or be intimate, and I was able to forgive her and forgive myself.”

Fonda and Larson also touched upon the power of saying “no” in their careers. Larson said the word is the only power she has when it comes to choosing which roles are right for her. Fonda, however, said she wished she would have started saying no earlier in her career.

“Unlike you, Brie, it took me 60 years to learn how to say no,” said the Oscar-winning actress. “If anyone offered me anything I would say yes. I took parts I wasn’t right for and I was taken advantage of. I didn’t know how to stand up for myself. Now, I would say, ‘No. This is a piece of shit. I don’t like the way you’re treating me,’ And leave.”

Fonda also talked Planned Parenthood funding, the “terrifying” challenges of young actresses portraying female sexuality onscreen and the importance of stars getting political in their speeches.

“Everyone has the right to speak up; it doesn’t matter what you do,” she said. “Whenever there’s been an important revolution or social upheaval, artists, actors, writers and poets are always the people that can reach into areas that politics can’t.” 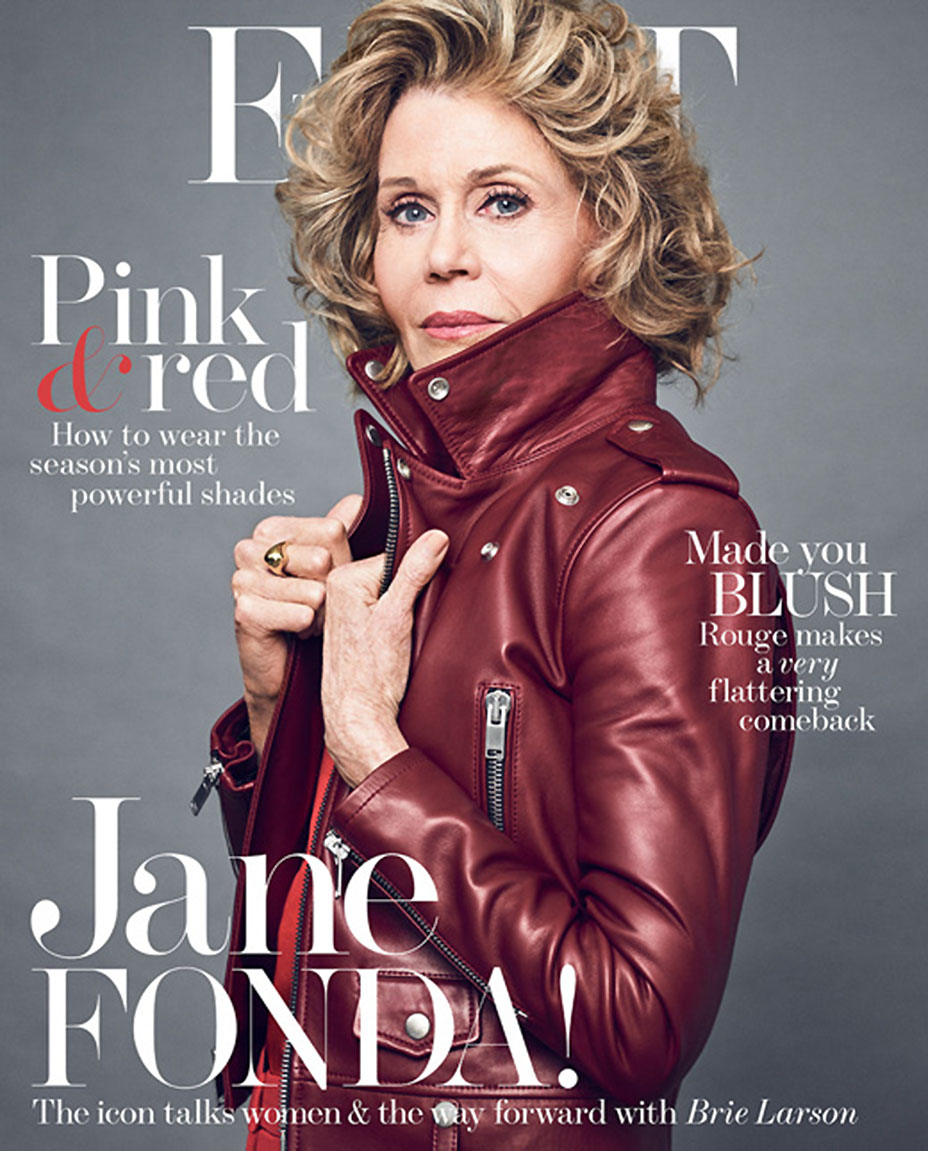