Continue to The Hollywood Reporter SKIP AD
You will be redirected back to your article in seconds
Skip to main content
August 8, 2021 4:21pm

Jane Withers, the talented child star who tormented Shirley Temple in Bright Eyes and years later became a trusted confidant of James Dean in his final days on the set of Giant, has died. She was 95.

Withers died Saturday in Burbank, her daughter Kendall Errair announced. “My mother was such a special lady,” she said in a statement. “She lit up a room with her laughter, but she especially radiated joy and thankfulness when talking about the career she so loved and how lucky she was.”

Baby Boomers perhaps will know Withers best for playing the bubbly Josephine the Plumber in scores of TV commercials for Comet cleanser that ran from 1963-74.

The dark-haired, scrappy Withers was one of the top child actors of the 1930s. She appeared in 23 films from Bright Eyes (1934) through Pack Up Your Troubles (1939), when she starred alongside The Ritz Brothers, and was among the 10 highest-grossing actors in Hollywood in 1937 and ’38.

In Bright Eyes, Withers played spoiled, obnoxious Joy Smythe, the daughter of a rich family. Temple was the sweet kid of the Smythes’ maid. At one particularly mean moment, she tells Temple’s character, “There ain’t any Santa Claus because my psychoanalyst told me!”

Temple reportedly was terrified of Withers during the shooting, but the two would become fast friends. The good-natured Withers told The Hollywood Reporter on the day after Temple’s death in February 2014 that she phoned her pal, then known as Shirley Temple Black, every year on her birthday.

After she left acting to raise a family in the late 1940s, Withers was lured out of retirement by director George Stevens — she had enrolled at USC to study directing — to appear in the epic Giant (1956) as Vashti Snythe, the ranch heiress and best friend of Elizabeth Taylor’s character, Leslie.

During shooting of the film, she and Dean were close. She would wash his favorite pink cowboy shirt every night (he said the studio would always lose his laundry), and he would pick it up the next day. Withers had the shirt on Sept. 30, 1955, when Dean was killed in a car accident. “He asked me to hold it for him, and I have kept it all these years,” she said.

Withers was born in Atlanta on April 12, 1926, the only child to Ruth and Walter Withers. Her mother, determined to make her daughter a star, paid for singing and dancing lessons. At age 4, Withers starred as “Dixie’s Dainty Dewdrop” on her own WGST radio program, delighting audiences with impersonations of such celebrities as Maurice Chevalier and Greta Garbo.

Her mother brought her to Hollywood (leaving Walter behind), and the impish Withers got to do a pantomime hopscotch sequence with W.C. Fields in the classic It’s a Gift (1934). “You have a very talented little girl here,” the comedian told her mom. “I think she’s gonna go very far.”

During a casting call for Bright Eyes, director David Butler asked Withers to imitate a machine gun. Impressed, he hired her to play the foil opposite Temple in the first film tailored specifically for the girl with the corkscrew curls.

The bratty Bright Eyes performance got Withers a contract at Fox and starring roles, often as annoying but somehow appealing kids, in such films as Ginger (1935) — which began production on her eighth birthday — the musical Paddy O’Day (1935), The Farmer Takes a Wife (1935), Little Miss Nobody (1936) and The Holy Terror (1937).

She starred with Gene Autry in Shooting High (1940), cold-calling Republic Pictures and its studio chief, Herbert Yates, to jumpstart talks that would lead to three Fox stars being loaned to Republic in exchange for Autry’s services in the Western. She was 14 at the time. “I wouldn’t take no for an answer,” she  said, “not when I knew this would be good for everyone concerned.”

Soon, however, Withers and her public became dissatisfied with her roles. She created a storyline for her character in Small Town Deb (1941) that she wrote under the pen name Jerrie Walters.

“I was the only child star I know of who was given the opportunity to sit in with the writers on story conferences — and I got to come up with some of the dialogue,” she once said.

Withers later was featured in Lewis Milestone’s wartime propaganda film The North Star (1943), starring Dana Andrews and Anne Baxter. During World War II, she performed in more than 100 bond and camp tours for the war effort and sent her extensive collection of 3,500 dolls, most received as gifts from her fans, on tour to raise money.

“To see them, kids bought a 10-cent war coupon. Those dolls raised more than $2 million for our country’s war effort,” she said in a 2010 interview.

She eventually jumped to Republic, where she filmed such movies as My Best Gal (1944), Faces in the Fog (1944) and Affairs of Geraldine (1946) before starring in the Lew Landers film noir Danger Street (1947).

Withers married Texas oilman William P. Moss in 1947 and retired from acting, but the couple divorced after six years. In 1955, she wed Kenneth Errair, a member of the vocal band The Four Freshmen; he was killed in a plane crash in California in 1968. She had five children.

Her film résumé also included The Heart Is a Rebel (1958); The Right Approach (1961), in which she was reteamed with Butler, her Bright Eyes director; Captain Newman, M.D. (1963), in which she played a psychiatric ward matriarch opposite Gregory Peck; and the animated The Hunchback of Notre Dame (1996) and its sequel, for which she voiced a gargoyle. 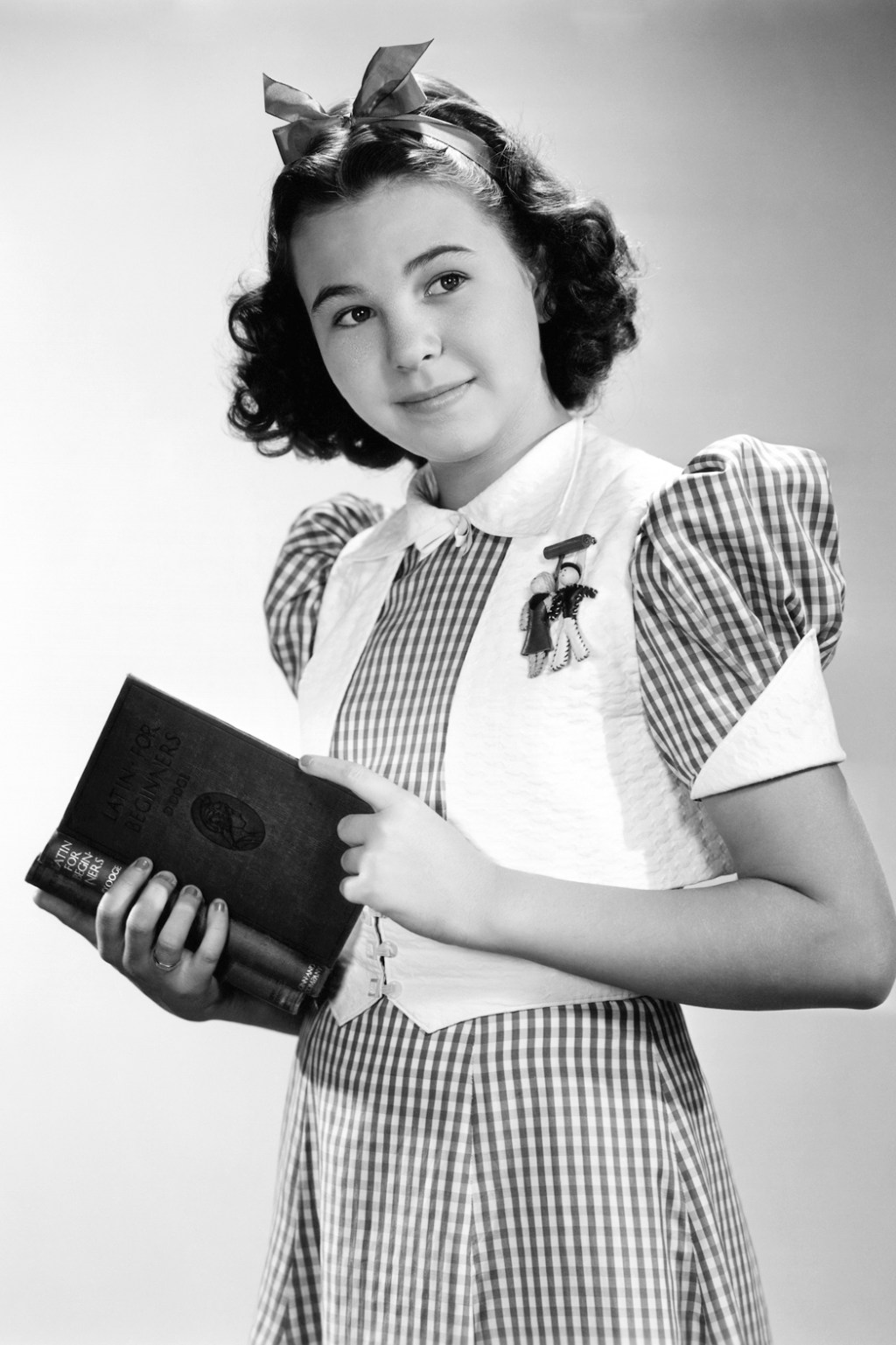 On television, she appeared on episodes of Bachelor Father, The Munsters, The Love Boat, Hart to Hart, Murder, She Wrote and Amazing Grace.

For the Comet spots, Withers said she was the 103rd actress to audition for the role of Josephine. She wore her own white overalls from home to the test, and her Josephine wound up wearing the same work clothes on TV and in print ads.

“When I read the lines, I didn’t like the attitude they had written for her in the script. Way too serious. That’s not me,” she said. “I said I’d do one take their way and one take with the attitude I thought Josephine should have, much more upbeat.”

“I felt badly about leaving Josephine,” she added in 1975. “It’s as if I killed somebody. The company wanted me to stay. We were in fifth place in the market when we started the commercials. Now we are No. 1.”

In May 1987, Withers delivered the eulogy at the Beverly Hills funeral of actress Rita Hayworth, whom she had met when she was 8 during the filming of Patty O’Day.

Shirley Temple: Her Career in Pictures