Jeb Rosebrook, who wrote the screenplay for the Steve McQueen-Sam Peckinpah rodeo classic Junior Bonner, died Friday in Scottsdale, Arizona, his family announced. He was 83.

Rosebrook also worked with his mentor, The Waltons creator Earl Hamner Jr., on four episodes on the iconic CBS series, including the two-hour 1974 installment “The Conflict,” and was a co-writer on the 1979 Disney sci-fi adventure The Black Hole.

He received an Emmy nomination for his work on 1975’s I Will Fight No More Forever, a re-enactment of the story of Chief Joseph of the Nez Perce Indians that starred Ned Romero and James Whitmore; penned two installments of Kenny Rogers’ The Gambler; and helped develop the 1990 Fox series The Outsiders, based on the 1983 Francis Ford Coppola movie.

Junior Bonner (1972) starred McQueen as a rodeo rider nearing the end of his career who returns to his home and family in Prescott, Arizona. As a child, Rosebrook had attended a boarding school outside Prescott, where he competed as a roper and worked on a ranch.

Low-key by Peckinpah standards, Junior Bonner was not a box-office success, but the director and McQueen considered it among their finest work. Max Evans, author of the 2014 book Goin’ Crazy With Sam Peckinpah and All Our Friends, called the drama “the best rodeo film that’s ever been made” and “the best script Sam ever got his hands on.”

Rosebrook wrote a book, published his year and co-authored with his son, Stuart, about the making of the film. And his was the featured interview in the documentary Passion & Poetry: Rodeo Time, found on Disney’s 45th anniversary rerelease of Junior Bonner on DVD and Blu-ray this past fall.

Rosebrook was born in New York City on June 11, 1935. His father, Jack, was a copy editor at Young & Rubicam, and his mother, Jean, was an executive at King Syndicate.

Diagnosed with childhood asthma, he was sent by his parents at age 9 to The Quarter Circle V Bar Ranch School (now known as the Orme School) outside Prescott. He also spent summers living and working at his parents’ Falrose Farm, the largest wine grape farm at the time in Virginia.

Rosebrook began his show business career as a paid intern in the dramatic television department at NBC in 1956. After graduating from Washington and Lee University a year later, he returned to New York to pursue his career in entertainment, then moved west to work in advertising.

In 1970, a year after writing an episode of The Virginian, producer Joe Wizan optioned his story, “Bonner,” and commissioned his original screenplay for McQueen and Peckinpah.

Rosebrook partnered with Joe Byrne (producer of The Johnny Cash Show) in 1981, and they collaborated on The Outsiders, the Gambler programs and the 1983-84 NBC Western The Yellow Rose, starring Sam Elliott and Cybill Shepherd.

Rosebrook moved to Scottsdale in 1995 and taught screenwriting at Arizona State University and Scottsdale Community College. In 1996 and 2016, in honor of the 25th and 45th anniversaries of the production of Junior Bonner, he served as the honorary grand marshal of Prescott’s Frontier Days Rodeo Parade.

In addition to his son, survivors include his wife of 58 years, Dorothy; daughter Katherine; and grandchildren Jeb, Kristina, Fallon and Jack.

A service will take place at 11 a.m. at All Saints Episcopal Church in Phoenix. Details can be found at his website. 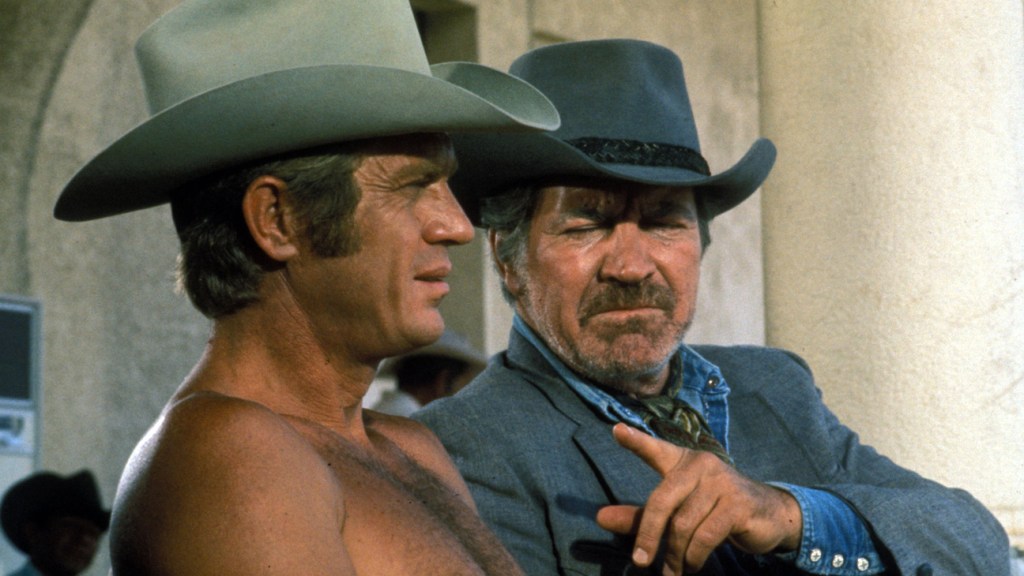