On March 31, 1995, Selena Quintanilla Perez left her home at 9 a.m. with plans to go to the recording studio to lay down vocals for a demo. By 1 p.m., she was dead, shot in the back by the former president of her fan club, weeks shy of her 24th birthday.

“This amazing, beautiful spirit, full of joy and music and so much feeling, just was cut off in the middle of being,” says Jennifer Lopez, who played Selena in the 1997 biopic of the same name, which was released March 21, 1997.

Twenty years later, the role continues to define Lopez, who at the time the movie was filmed, was an up-and-coming actress who had never met Selena.

“She had a sense of living in the moment, living in the present and following her heart,” Lopez told Billboard in an exclusive interview coinciding with the anniversary of Quintanilla’s death in 2015. “For me, that was the biggest lesson.”

During her short life, Selena made history, pushing the Texas-based folk music known as Tejano to mainstream heights it had never seen before — or since. She landed seven No. 1 singles on Billboard’s Hot Latin Tracks (now Hot Latin Songs) chart, and six posthumous Selena releases have gone to No. 1 on the Top Latin Albums chart, the most recent in 2012.

Most impressively, Selena landed a Billboard 200 No. 1 with her fifth and final studio LP, Dreaming of You — a first for a Latin female act. In a remarkable case of life imitating art, Lopez went on to become the only other Latin female star to top the Billboard 200.

In 2015, 18 years after her portrayal of the singer made her a household name, Lopez spoke with Billboard about the young legend, who, she says, moved “the world in a different way.” In celebrating the 20th anniversary of the Selena biopic, we revisit Lopez’s memorable interview, with never-before-released material.

Why do you think Selena is still so beloved 20 years after her death?

Jennifer Lopez Speaks Out Against Trump's Immigration Ban: "We Are All Immigrants"

What sort of grace do you mean?

The fact that she was so young and doing all of these things that people go through that maybe she wasn’t ready for. The clothing line she was starting, getting married so young, things like that. I felt she had a sense to live in the moment, that you’re not promised tomorrow. For me, that was the biggest lesson. That affected me in my life far more profoundly than the movie did in career terms.

Was there a moment during filming that really drove this lesson home for you?

Right after I got the part, I knew I would be traveling to Corpus Christi and spending time with her family, but that wasn’t going to be for a few weeks, so they sent me tons of tapes to watch. I sat on my couch watching them for days and all of a sudden, the tape cut off on me. I was shocked. And I thought to myself, “That’s what happened.” This amazing, beautiful spirit, full of joy and music and so much feeling, was just cut off in the middle of being. It affected me so much and made me realize the importance of what I was doing.

I once wrote a story on you becoming Selena. Is that how you approached the role? Or was this Jennifer Lopez’s take on Selena?

It was about portraying her as best I could, to where people weren’t thinking of anybody but her when they were watching. You have to think of the whole story and how you fit into that story and at the same time, who is that character, what makes them tick, all the way down to their mannerisms and what drove them emotionally. I remember trying to inundate myself with all the information I could find from her family and also by watching tapes of her and seeing her speak and seeing her in interviews.

The film includes a big concert that was staged at the Houston Astrodome. What was that like?

It was a real concert; 30,000 to 40,000 people showed up, just for her, for that scene, to re-create it. Afterward, her mom came and hugged me and held me and cried. It was very emotional. It touched the family very much. For me as an actress, at that moment, I had learned how to really become a performer and give everything I had to the audience. That really freed me up, and it was a very powerful moment.

Is that what inspired you to launch your music career?

It had a lot to do with it — all those performances. I sang in musicals before but as part of a cast, never as a solo artist up front or a recording artist. It made me realize, “Don’t neglect parts of yourself and let people put you in a box because you’re an actress. You can do this, and you can also do that. Life is short, and you don’t know what’s going to happen. Go for your dreams and don’t let anyone hold you back.” 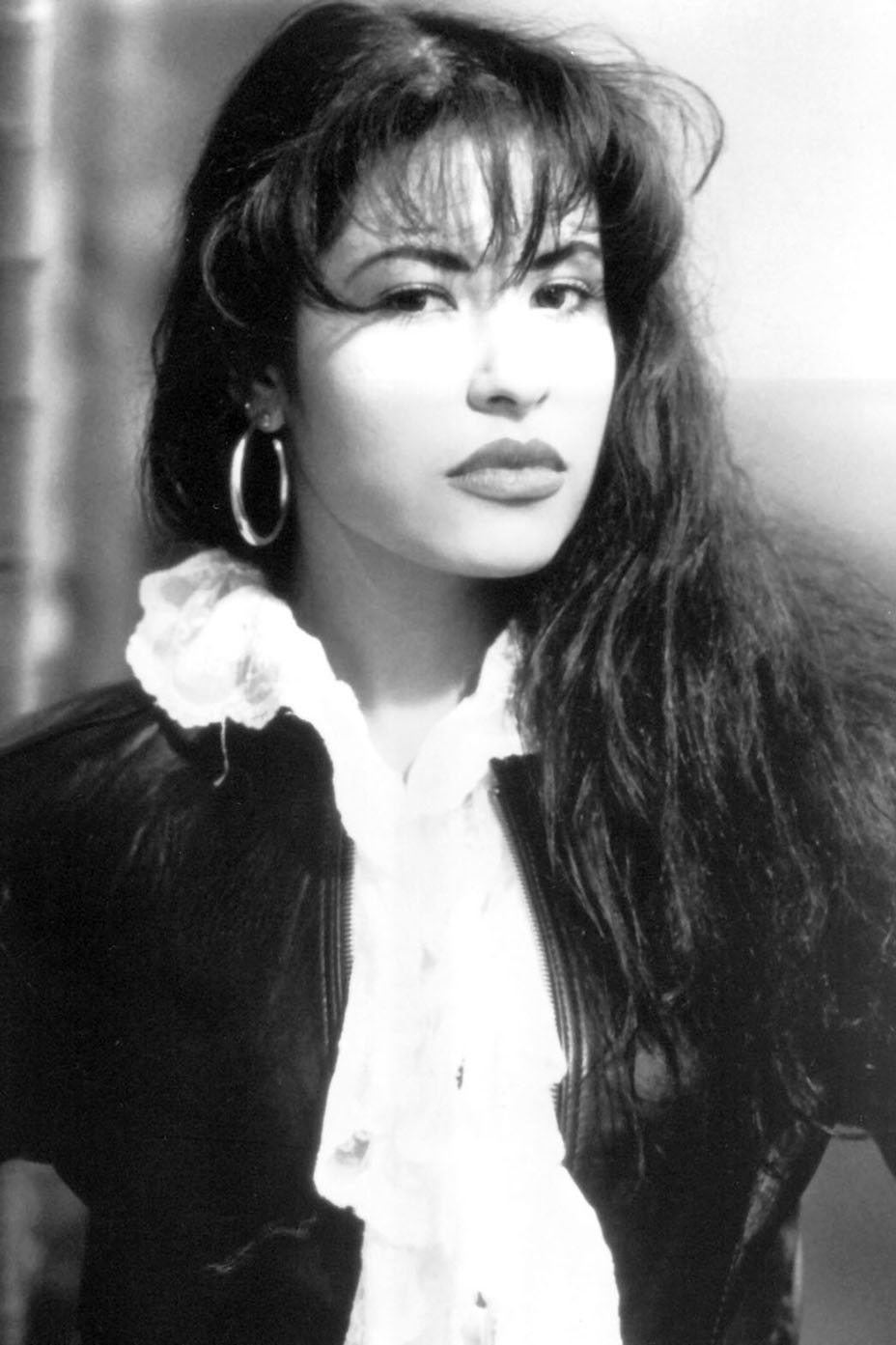 Would you say there was a before and after with your career with respect to doing the film?

I don’t know if that’s the perfect way to describe it. I do feel it was a next step. It was a great honor for me to be able to do it, because I always felt she was a great person, a loving person and a giving person and I admired her for that. She’d been in this business since she was very young and it’s not an easy business to navigate.

You wore over 30 Selena outfits for the film. Do you have a favorite?

There were so many that I loved. The red bustier with the leggings that was her signature. Her jeweled bras. She had them in black and gold and white and red.

Does it bother you that two decades after Selena’s death, only a few Latin stars — you being one of them — have reached that same level of mainstream stardom?

It has always bugged me that people would try to think that there’s a “next Selena.” It’s like saying there’s another James Dean or Marilyn Monroe. People like that don’t come along every day. There is never going to be another Selena. And as far as music goes, that’s what’s beautiful about artistry. Somebody is going to come along and move the world in a different way. There was Celia Cruz, there’s Gloria Estefan. I’m still around. Marc Anthony is an iconic Latin artist, Ricky Martin. But it’s not something that happens all the time. It’s a special thing that Selena had. That’s why we’re still talking about her 20 years later.

An abbreviated version of this story originally appeared in the April 4, 2015, issue of Billboard

Jennifer Lopez Speaks Out Against Trump's Immigration Ban: "We Are All Immigrants"