[This story contains spoilers for All the Bright Places.]

Those haunting words make up the first sentence in Jennifer Niven’s New York Times best-selling novel All the Bright Places, her first offering in the realm of young adult fiction. The book was released in 2015 and recently adapted into a Netflix feature film set to premiere Feb. 28.

The story opens with a 12th grader named Theodore Finch standing on the ledge of his school’s bell tower, six stories up, seemingly preparing to jump to his death. It is there when he meets Violet Markey on the same ledge contemplating taking a leap herself. Though a terrifying opening, the book takes readers on the journey of Violet and Finch as they find love while enduring their own personal conflicts. Violet, an aspiring writer, struggles with her grief after losing her sister to a drunk driving accident — one that she survived. Meanwhile, Finch is someone students consider an “outcast” for his unique demeanor and actions, but secretly struggles with an undiagnosed mental illness that readers can identify as bipolar disorder. Though a heartfelt story about two teens whose love for one another becomes a light for their dark tunnels, the story takes a heartbreaking turn after Finch ultimately takes his own life.

The process was cathartic for Niven, who based the story on her own personal experience with a boy she once loved. “I had known a boy and lost a boy that I loved very much, years ago,” Niven tells The Hollywood Reporter. “It was such a profound, heartbreaking experience. I knew I would want to write about it someday, but I didn’t know when that would happen.”

After her literary agent of 15 years passed away, Niven found the motivation to write after remembering the last words he said to her before his passing. “That’s the last time I ever saw him. He said, ‘kid, whatever you want to write, whatever you write next, I want you to write it with all your heart because it’s a thing that you have to write even if it terrifies you.’ And so, I kept thinking of a way to honor what he said.”

Known for writing nonfiction and historical fiction for adults, Niven ventured into writing YA for the first time as a means of addressing important topics such as mental health, depression and suicide for a younger audience. “It is so important that we talk about these things with young people,” she explained.

The creative process proved to be rather simple, as Niven’s personal experience easily morphed into words on paper. “I didn’t tell anyone I was writing it and I sat down and I wrote it in six weeks. So, it obviously wanted to come out.”

The book was immediately optioned in 2014, about nine months prior to its release in January 2015. Elle Fanning was quickly attached to star, something Niven unknowingly cultivated through her own dreams. “I was over the moon about that, but it was especially thrilling because no one knew this at the time, but I had pictured Elle as Violet when I was writing the story. Even though All the Bright Places is a very personal book, I kind of needed to picture someone other than myself as Violet. So, I wrote the book with her in mind and no one knew that.” Niven recalls being enamored by the actress after seeing her in Super 8.

“She’s wonderfully emotive and the things that she does just with her face without saying a word, they’re so amazing to me. I mean, she can just convey such emotion,” Niven explains. “When I was thinking of Violet, I wanted someone who has the sunniness of Elle, but also had the depth of emotion and range that I felt I could see on her already at the age of, I think she was 16 at the time.” 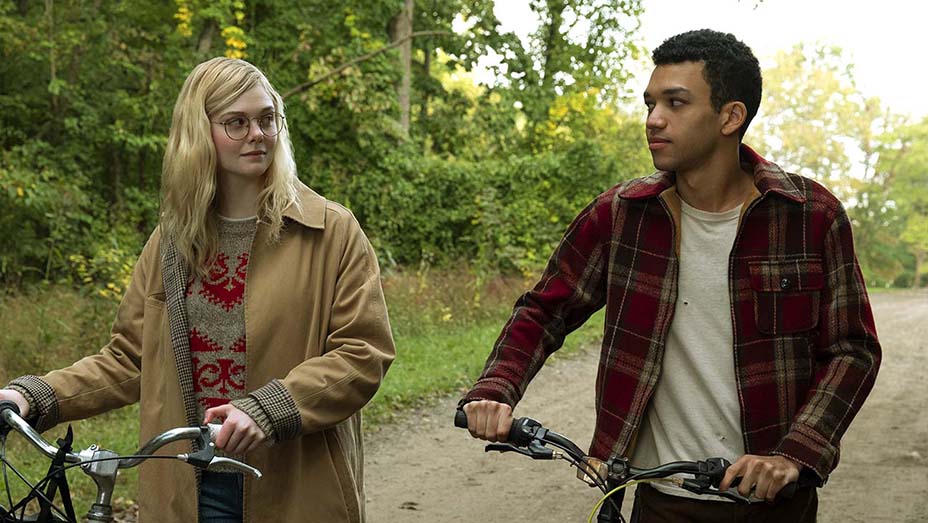 Though Niven co-wrote the screenplay for the All the Bright Places adaptation along with The Post screenwriter Liz Hannah, the film is not the author’s first foray into the film industry. Niven attended the American Film Institute, where she earned a masters in screenwriting and writing for film.

Despite having studied screenwriting, Niven found condensing her 378-page book into a less-than-2-hour film challenging. (Niven quips that had she had it her way, the book’s adaptation could have made for a “three parter” like The Hobbit: “That way I can include every single scene and moment,” she says laughing.)

“The feeling I had when I was writing it, I wanted that feeling to be there in the film. Even if you didn’t see every scene, even if a character had to be combined with another character or we had to lose a character just for space because there’s not as much real estate on the screen, I feel like with the finished product, you’ve definitely had that same feeling. At least I did watching it.”

The story may have been a YA version of her experience, but Niven was well aware of the sensitivity surrounding the topic of suicide and mental illness. The novel’s adaptation arrives post-13 Reasons Why, another series adapted by Netflix that stirred controversy after the streaming service depicted a graphic suicide scene — the three-minute scene is no longer available on Netflix.

Aware of the possible repercussions that could come with depicting suicide and mental illness, Niven says she always felt she had an “enormous responsibility” when writing the book. Apart from referencing her own experience, Niven also enlisted help from mental health experts and those who were either diagnosed with bipolar disorder or attempted suicide to gain further understanding in how to best depict Finch and his struggles.

“I think finally I had to just tell myself, write it out of your heart and write what you know. Everyone’s experience with mental health is different, and I could only write the experience of this boy I knew and loved and then my experience losing him. That’s what I did … Once it was done, I of course went back and really like paid attention to everything. Random House [Publishing House] did the same thing to try to make sure it was done as responsibly as possible.” 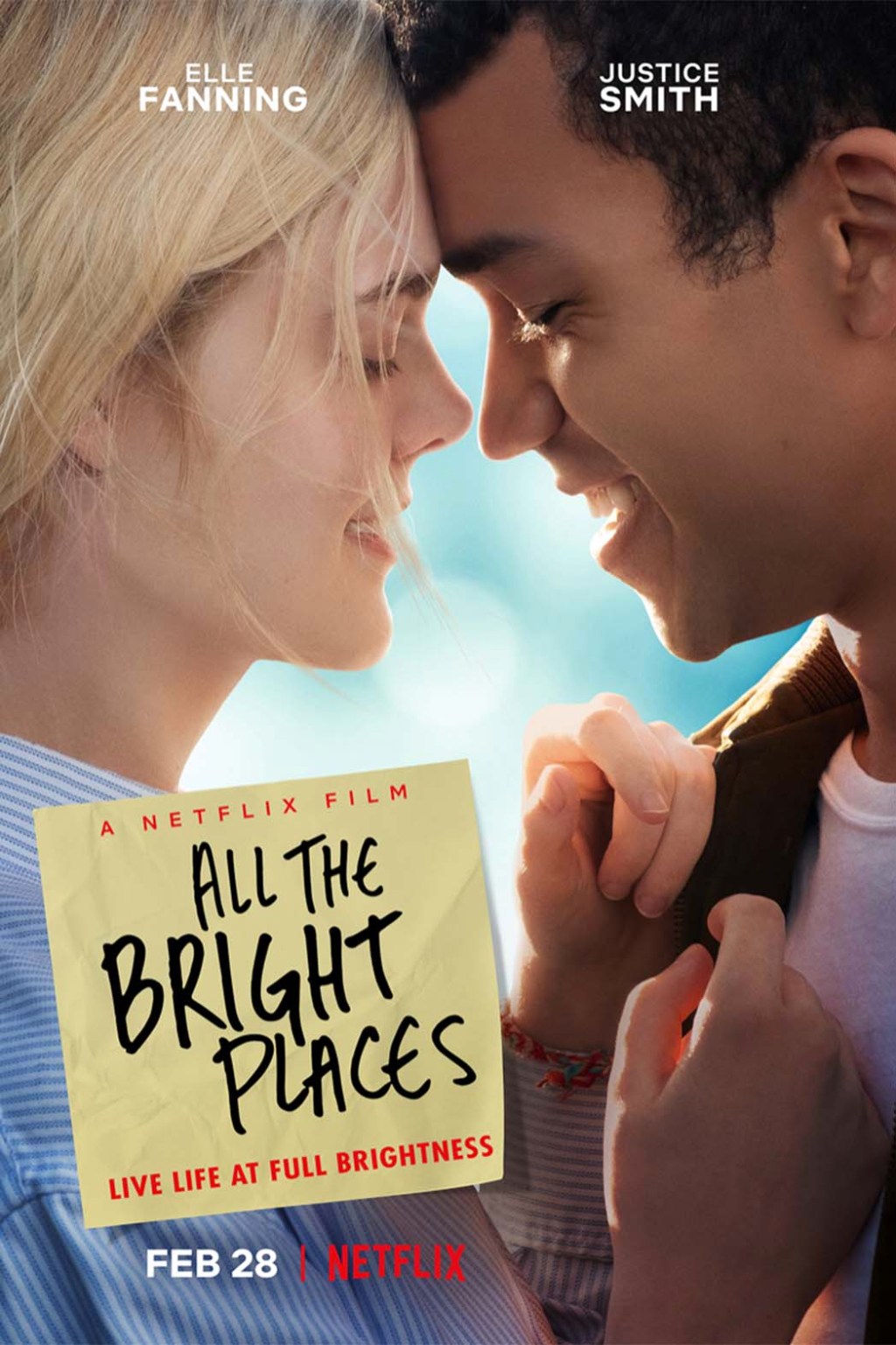 She continued: “The book has introduced me to so many readers around the world who shared their own stories of mental health struggles with me. I feel so honored to have been able to hear those stories, to be a support system in any way for these readers who say the book has saved their lives, and I just hope the film will do the same.”

At first glance of the book and trailer for the Netflix film, it is probable that audiences categorize it in the same “sick lit” book trend —  a trend that has been debated as being a “disturbing phenomenon” for young readers — as other titles such as John Green’s The Fault in Our Stars and Rachael Lippincott’s Two Feet Apart. Though each of the deemed “sick lit” books tackle sensitive topics for young readers such as cancer, suicide, mental illness, etc. Niven assures that the stories can prove to readers that they aren’t alone.

“As long as they’re written with compassion, honesty and [are] from a real place, I feel like they’re really helpful for readers. So many readers, like almost all my readers, struggle in silence with something and they feel like they’re the only people in the world who had this feeling or this struggle. These books help them realize that they’re not alone and that there are other people in the world who feel like that. I think that’s why so many readers call me their best friend. I’m so honored by that because they feel like I get them in a way that maybe no one else does in their life because of what I wrote in the book.” 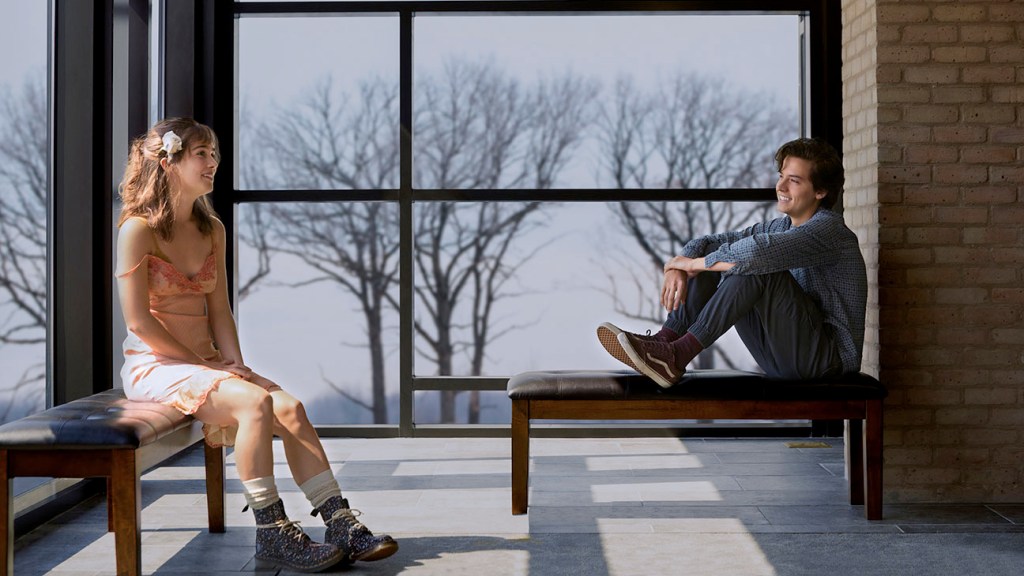 Gaining the support of Netflix and readers has also further comforted Niven, who was surprised with how readers not only gravitated toward her personal story but also formed a supportive community amongst each other.

“One of them can comment something on a post and say, ‘I’m having such a bad day. Everything is really hard right now.’ Then so many other readers will chime in, just before I can even get there, and say, ‘we love you. We’re here for you. You can talk to us and you’re not alone.’ That just makes me so proud because it came from the story and I didn’t anticipate anything like that when I was writing that.”

As for others who have expressed their gratitude to the story are the family members of the boy she lost years ago. “They’re very proud of the book … Some of his nieces only knew him when they were little girls and they didn’t remember all that much about him or get to really know him. I know with his sisters, at least, they are so happy that their children get to know him through the book.”

In the book, Violet creates her own online magazine dubbed Germ (a play on her mother’s advice to have a “germ of an idea”). Inspired by the story, Niven created the Germ online site to feature works penned by a myriad of people around the world and give them a platform to share their voices. “It’s really fueled by readers and we have a literary component of a magazine, which is kind of the biggest component and that’s so much fun to publish new writers. I’ve heard from several writers who were first published on Germ and now they have book contracts. That’s probably exciting to me. This is like Violet’s dream,” Niven explains.

As she prepares for the premiere of the Netflix film adaptation and the release of her new YA book Breathless out this October, Niven is hopeful that her story can help anyone struggling.

“I hope that it’s going to reach even more viewers who will become readers or, even if they don’t become readers, I hope it’s going to touch them in similar ways. I think the most important thing I can do as an author is tell my readers how much they matter and that they’re seen and they have a voice, because I feel like too often in this world they feel like they don’t have one. I think with the film, as I was watching it and crying my eyes out from the first frame to the last, I was just thinking, ‘I hope this gets to the right people, like the people who need it most.'”

All the Bright Places is available to stream on Netflix now.

Interview was edited for length and clarity.