There are few film franchises as convoluted as Saw, which returns Friday with its first installment in seven years.

Jigsaw takes place ten years after the apparent death of the Jigsaw killer, who created elaborate traps for his victims, who were faced with the decision to go through excruciating pain to survive a trap set for them, or die a gruesome death.

Do you need to know what happened in the previous films to enjoy Jigsaw? Well, it probably helps, which is why Heat Vision has assembled a streamlined guide to Jigsaw — and all the people who have picked up the mantle over the seven films so far.

John Kramer (Tobin Bell) was a civil engineer expecting his first child with his wife, Jill Tuck (Betsy Russell). After a drug addict accidentally mortally wounded the baby in Jill’s womb, Kramer became increasingly distant from her. His depression over the loss of his child hit its climax when he was diagnosed with terminal brain cancer.

After Kramer and his wife had separated and he had cut himself off from the outside world completely, he decided to take his own life, driving his car over a cliff. Kramer survived the crash, and overcame a copious amount of pain to crawl to safety. Kramer realized it was only in this moment of great danger that he truly appreciate the life he had. The Jigsaw killer was born. 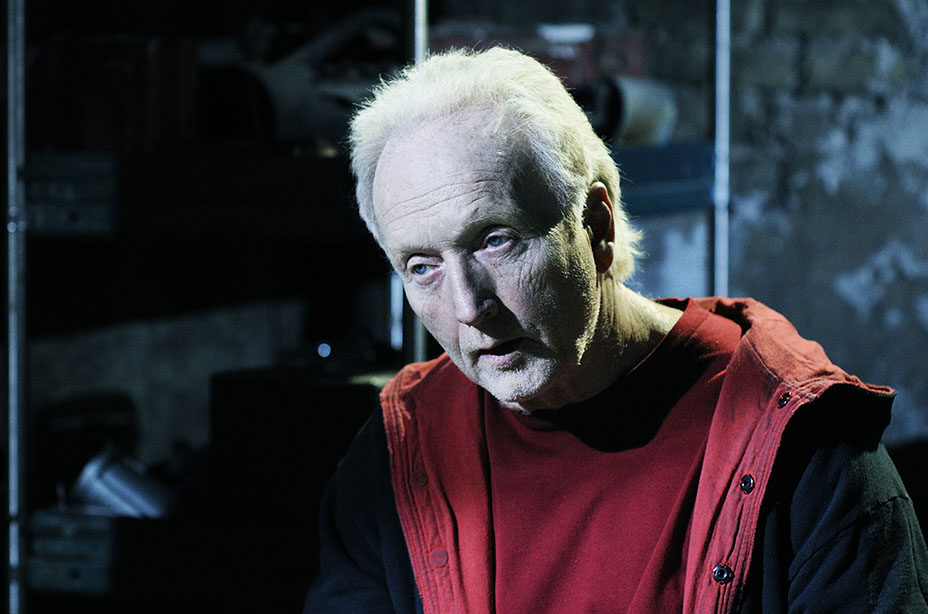 Kramer crafted a philosophy built on awakening people who seemingly had no respect for human life and giving them an appreciation for it. Kramer adopted the alias Jigsaw and used his engineering experience to devise dangerous mutilating traps for his victims. He referred to them as “tests” or “games” that the victims had to overcome. Jigsaw’s first victim was Cecil, the drug addict who was responsible for the death of his child. Cecil (Billy Otis) shed a lot of blood surviving the trap built by Kramer, which he immediately proved it had taught him nothing by lunging at Kramer. But he immediately flew right into another trap, killing him (2007’s Saw IV). Jigsaw then began plotting the traps and tests for dozens of victims. Eventually, a few people passed his tests, many of them actually becoming his disciples — feeling he’d taught them what life truly is worth. Kramer’s final goal was to train a successor to carry on his work before he died of his cancer. 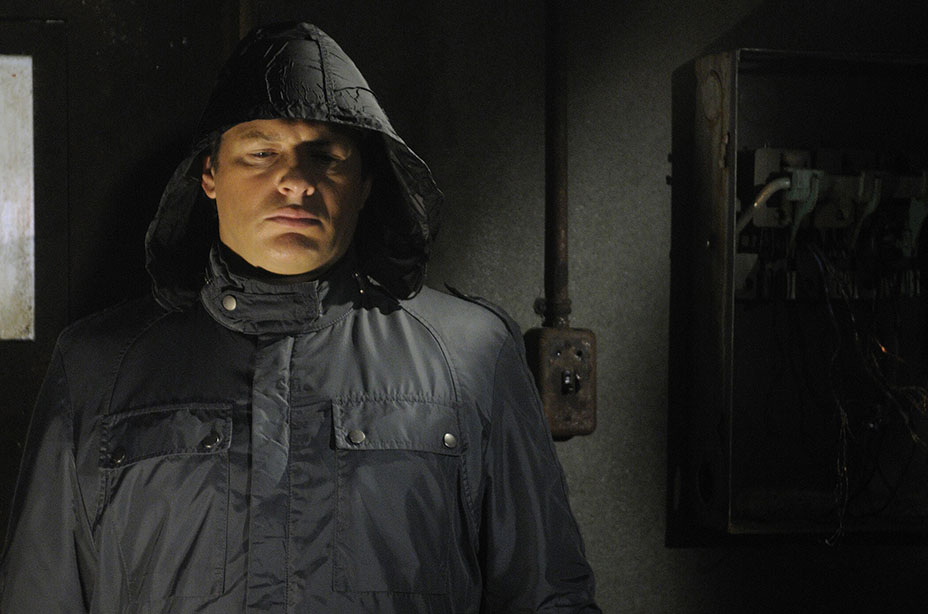 Mark Hoffman (Costas Mandylor) was a detective who’s was relentlessly loyal to his department and was willing to break the rules to protect his fellow police officers. But Hoffman had a severe mental breakdown after his little sister was beaten to death by her boyfriend, Seth (Joris Jarsky). After he was apprehended, Seth was acquitted on a technicality, which caused Hoffman to lose faith in the justice system. Hoffman, who had been investigating the Jigsaw killer, set Seth up in a Jigsaw style trap of his own, one that Seth couldn’t win. It killed him (2008’s Saw V). John Kramer found out about what Hoffman had done and punished him by putting him in a trap of his own. Eventually, Hoffman became Kramer’s apprentice after they both realized how similarly their interests were aligned. 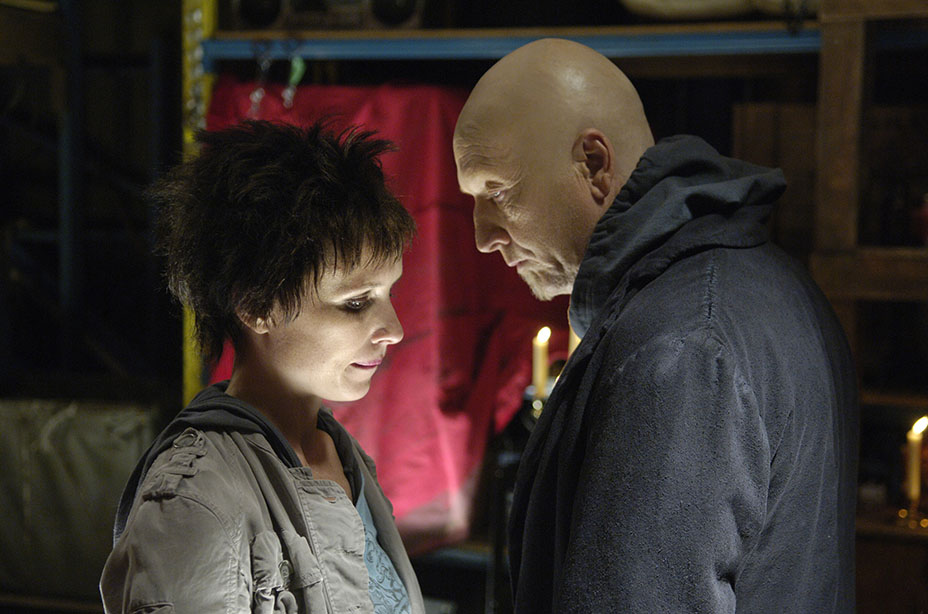 Amanda Young (Shawnee Smith) was a drug addict who, after surviving one of his traps,  felt she’d been helped by Jigsaw (2004’s Saw). Kramer kept a watchful eye on her, and eventually brought her in to his inner circle as an apprentice. While Amanda helped him successfully pull off a series of traps, she ultimately was never able to become a successor to John Kramer. She was blackmailed by Detective Hoffman into killing Lynn (Bahar Soomekh), a participant in one of Jigsaw’s games, after Hoffman found out that she had been involved with Cecil the night he assaulted Jill, and that she was partially responsible for the death of Kramer’s unborn child (something that Kramer never knew). Hoffman knew that shooting Lynn would eliminate Amanda, as she was immediately then killed by Lynn’s vengeful husband, Jeff (Angus Macfadyen). Shortly afterwards, Kramer, who was bedridden from the cancer and had set Hoffman up as his successor, was killed by Jeff in a final act of vengeance (Saw III). This ended up costing Jeff and Lynn their lives, as Lynn, who initially survived Amanda’s gunshot, had a small explosive device on her that was connected to Kramer’s heart beat, killing her. Because, you know, Jigsaw is really crafty. 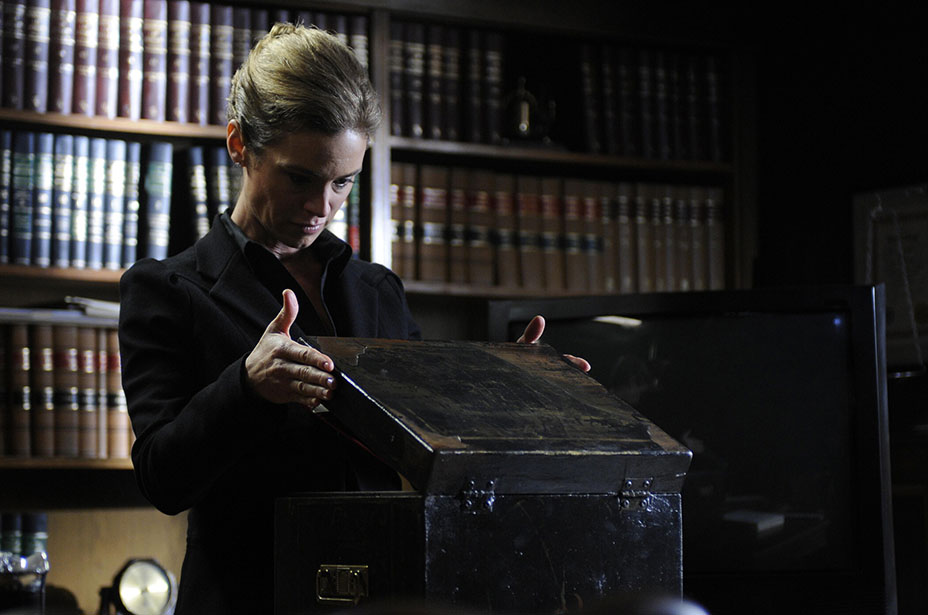 Once Kramer became more and more distant from her, Jill began to suspect he was a killer after Cecil was found dead. Looking through Kramer’s workshop, she found photos of Cecil, confirming her worst suspicions. Jill urged Kramer over and over to stop his work, but on his death bed he told her his work would continue after he died. After Kramer’s death, Jill received a letter from Kramer (written before he died) asking her to give Detective Hoffman a test Kramer designed for him. Jill gave Hoffman the test, but didn’t give him the options to survive that she was supposed, because she wanted to kill Hoffman to end Kramer’s work once and for all (2007’s Saw VI). Against all odds, Hoffman found a way to get out of the trap, despite a massive injury he sustained in the process. Hoffman then hunted Jill down and killed her with the same trap she administered to him. (2010’s Saw: The Final Chapter). 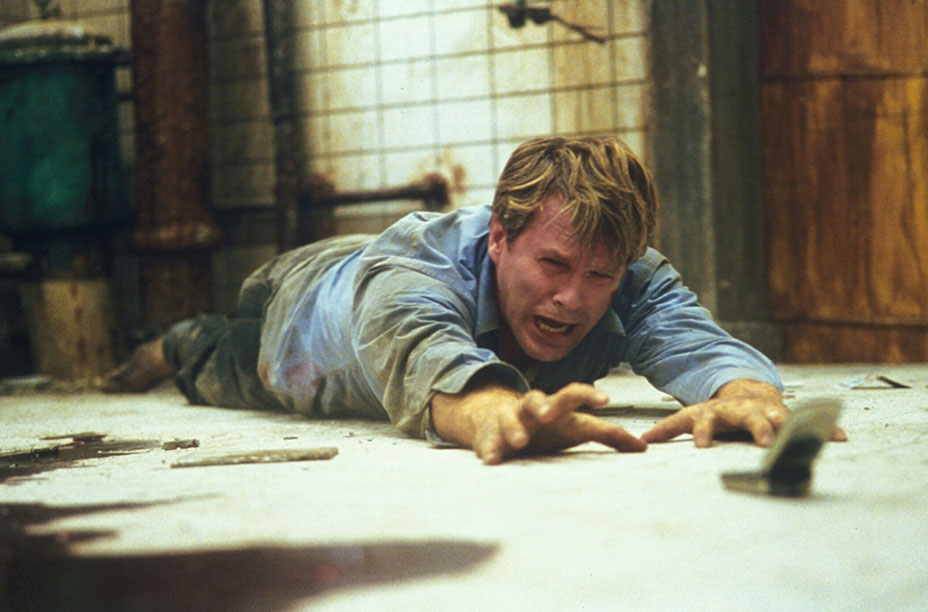 Lastly, there’s Dr. Lawrence Gordon (Cary Elwes). He was one of the first on screen test subjects of the Saw films. In his test he eventually saws his own foot off to survive Jigsaw’s trap (Saw). Somehow, offscreen, Kramer then recruits Dr. Gordon to become an apprentice, unbeknownst to Amanda Young or Detective Hoffman. Why Dr. Gordon goes along with Kramer is never explained in the film. Before succumbing to his cancer, Kramer anticipated Detective Hoffman killing Jill, and told Dr. Gordon to kill Hoffman if he ever hurt Jill. After Jill’s brutal death (Saw: The Final Chapter), Dr. Gordon and two other unknown accomplices capture Detective Hoffman and leave him to starve to death in the same room Dr. Gordon had to saw off his own leg in the first film.

After these events, Dr. Gordon and his two accomplices are left to continue to carry out the work of the Jigsaw killer. Although Elwes is not expected to return to the franchise, how the story continues remains to be seen.

Jigsaw is in theaters now.