What could possibly go wrong?

In the poster, the late-night host is shown in various poses on what looks like a photo contact sheet motif. A written note reading, “What could possibly go wrong?” seems to jokingly allude to last year’s best picture flub, in which La La Land was mistakenly announced as the winner over the actual winner, Moonlight. 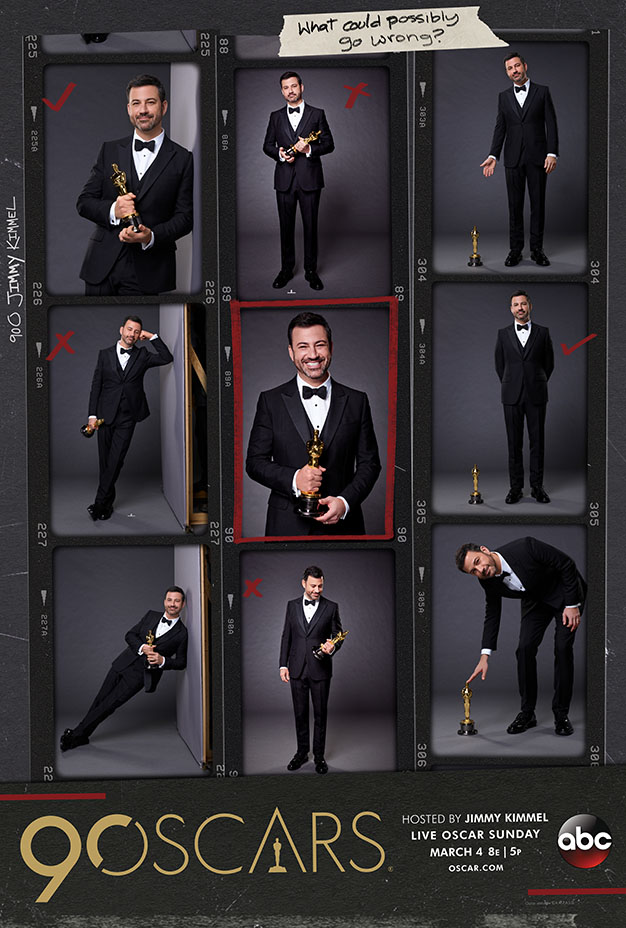 Last month, the official promos for Kimmel’s upcoming hosting gig made their debut, with the host making fun quips as to why viewers needed to watch the anticipated ceremony. In one promo, Kimmel makes a slam dunk, offers a New Year’s Eve kiss and is shown “already counting down the seconds” until his return to the Oscar stage.

ABC Entertainment president Channing Dungey previously explained that Kimmel was the obvious choice to emcee the Academy’s 90th show for the second year in a row.  “After just one year, we can’t imagine anyone else hosting the Oscars. Jimmy’s skillful command of the stage is invaluable on a night when anything can happen — and does. With [returning producers] Mike [DeLuca] and Jennifer [Todd] at the helm, we’re ready for another unforgettable show that will dazzle, delight and, most importantly, honor 90 years of Hollywood’s most prestigious award.”

The 90th Oscars will broadcast live on Sunday, March 4 from the Dolby Theatre at Hollywood & Highland Center at 8 p.m. EST/5 p.m. PST on ABC.