It would take some kind of magic to spot J.K. Rowling’s name in the first trailer for Fantastic Beasts: The Secrets of Dumbledore.

The Harry Potter author is the film’s producer and co-screenwriter (not to mention the creator of the Wizarding World franchise), yet the only reference to Rowling is an extraordinarily tiny publishing rights mention at the very bottom of the video’s final title card.

It’s a big switch from how studio Warner Bros. showcased Rowling in prior trailers for the franchise.

For instance, here’s Rowling name midway through the trailer for 2016’s Fantastic Beasts and Where to Find Them. 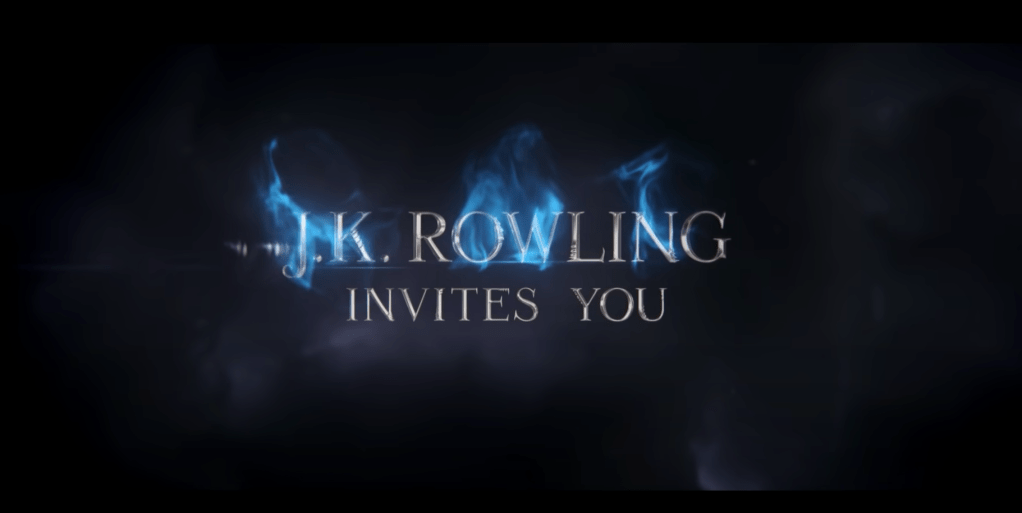 In 2018’s The Crimes of Grindelwald trailer, Rowling was featured fairly prominently in the trailer… 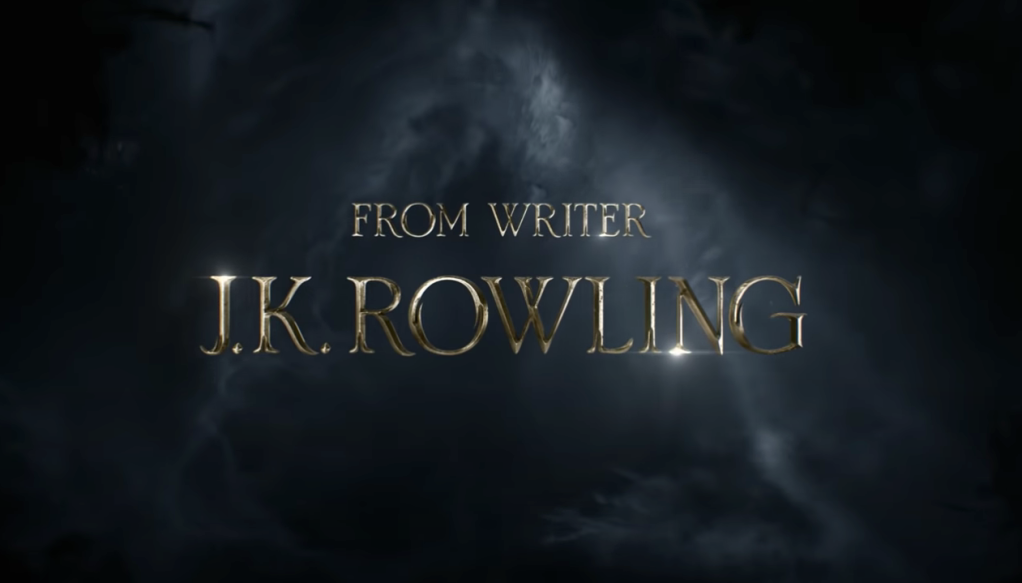 And again at the end…

Now here’s her shout-out in The Secrets of Dumbledore trailer, which just might be the smallest onscreen trailer credit in cinema history:

Instead, the trailer beckons, “Warner Bros. invites you.”

To be fair, the film’s other producers and director David Yates aren’t mentioned either, but it would be difficult to put up a card of top credits for the others without including Rowling in it, too.

Rowling hasn’t tweeted The Secrets of Dumbledore trailer since it was released Monday, but still might; it’s early days, after all (she typically does tweet the franchise’s trailers). The author’s official website likewise didn’t initially mention the trailer, but it was added to the site late Tuesday. The Hollywood Reporter asked Warners whether the author was going to promote the new film and if she was going to be featured in its future marketing materials, but the studio and Rowling had no comment.

Also, HBO Max recently announced a Harry Potter reunion special, which includes the core cast, but it will notably not feature new footage of Rowling (though archival footage will be used).

Since June 2020, Rowling has taken highly controversial public stances on gender issues that she says are feminist and others say are transphobic. Rowling has extensively detailed her position in a post on her site, while her critics’ rebuttal has been articulated in pieces like this. The author’s comments have prompted many actors in the Wizarding World franchise to speak out against her position, including Harry Potter himself, Daniel Radcliffe, and Fantastic Beasts star Eddie Redmayne. The author has denied being transphobic and said she’s the target of abusive online attacks.

Rowling waded into the issue again on Sunday when she responded to a story about the Scottish police announcing they will start recording rapes based on the attacker’s avowed gender identity. Rowling tweeted, riffing on George Orwell’s 1984: “War is Peace. Freedom is Slavery. Ignorance is Strength. The Penis-ed Individual Who Raped You Is a Woman.”

The latest follows the Fantastic Beasts franchise getting out from under its other major behind-the-scenes controversy — the casting of Johnny Depp as Grindelwald in the first two films. The studio was under fire due to Depp’s ex-wife Amber Heard’s claims of domestic abuse stemming from their 2015 whirlwind marriage. Warner Bros. decided to replace the actor with Mads Mikkelsen for the new film after Depp lost his U.K. libel case in 2020 against a newspaper that branded him a “wife beater.”

The stakes are high for Warner Bros.: The Fantastic Beasts franchise opened strong, with the first film earning a global box office of $814 million, then the franchise dipped with the second film to $654 million. Warners has said there will be five films in total.

In Secrets, Professor Albus Dumbledore (Jude Law) seeks to stop the dark wizard Gellert Grindelwald (Mikkelsen) as he moves to seize control of the wizarding world. He entrusts Magizoologist Newt Scamander (Redmayne) to lead an intrepid team on a dangerous mission. The film opens in April.

UPDATE: Stories pointing out that Rowling was left off the trailer resulted in some reports speculating that the author was being “canceled” by the studio, prompting WarnerMedia to issue this joint statement Saturday with Rowling’s publicity team: “For 20 years, Warner Bros., J.K. Rowling and her team have worked together to delight fans around the world with spectacular storytelling and the magic of the Wizarding World. That relationship continues today and is more collaborative than ever. News reports to the contrary are completely untrue, and we are disappointed that these inaccurate stories only serve to hurt the Harry Potter fans we hope to entertain.”