Five years ago, the Russo brothers launched an unverified Twitter account and started posting cryptic photos from the Captain America: Civil War set just to see if anyone would notice. Today, that account (@Russo_Brothers, now verified and managed by one of Joe Russo’s daughters) boasts more than 1 million followers and served as a key marketing tool for Avengers: Endgame, which officially kicked off its campaign Sept. 18, 2018, with a mysterious photo of Joe, 48, sitting on a cluttered set with the caption “look hard.” Fans took that message to heart, with some even swearing the word Endgame was visible in the photo months before the film’s title was announced.

'Doctor Strange in the Multiverse of Madness': A Guide on What to Know Before You Go

Endgame went on to earn $2.797 billion worldwide in 2019 and pass Avatar as the highest-grossing film of all time. After a whirlwind year (they just wrapped principal photography on the Tom Holland crime drama Cherry Jan. 28), Joe, 48, and Anthony, 49, will be jointly honored as Motion Picture Showman of the Year at the 57th Annual ICG Publicists Awards in Beverly Hills.

What’s the key to cutting through social media clutter while promoting a movie?

Was there anything from the Endgame marketing and publicity campaign that impressed you?

The spoiler culture reached a frenzied peak with Endgame. It’s hard to get a corporation with really lucrative characters to sell your movie as the end. And they were very committed to that. I think the audience felt that. It created an energy for wanting to see that film quickly so someone didn’t ruin it for [them]. 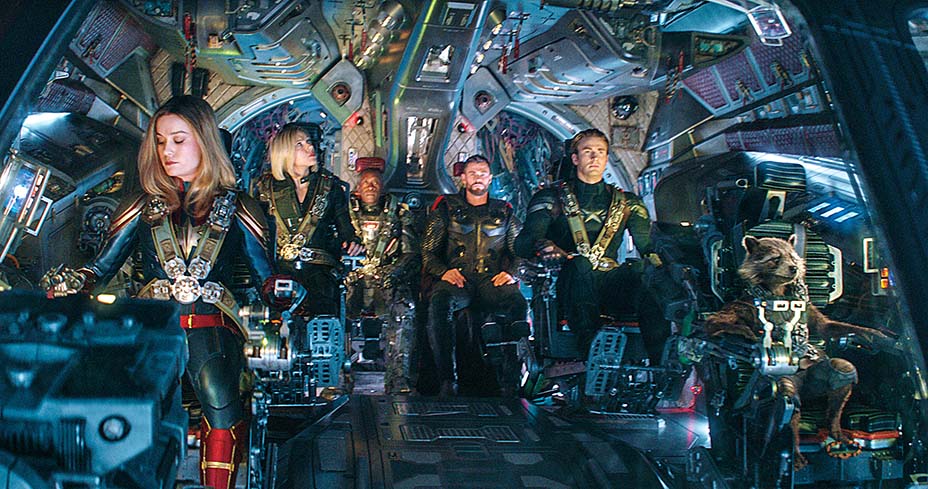 How do you apply that perspective to the way you run your own company, AGBO?

The greatest thing about what’s going on in media right now is the audience has gotten incredibly savvy. Noisy, unpredictable, compelling subject matter has more of a place in this world than it ever has. That’s exciting as an artist because it means you can take risks in all kinds of ways — because corporations understand that too. So when they’re writing these enormous checks and letting you kill off their most lucrative characters, that means something. That has never really been the case in the past. What we’ve learned from this market is to take as many chances as possible.

James Cameron has said that Endgame‘s box office haul gave him hope that his Avatar sequels can be as big as the original. Have you spoken with him directly?

We haven’t. We’ve never met him or run into him socially. He was a huge influence on us growing up. We always say the script for Aliens is the template for most modern filmmaking. It spawned an era of commercial movies that owe their DNA and lineage to that script. He’s the godfather of modern commercial cinema along with Spielberg and Lucas. When someone says something like that about a movie you made, when you grew up on their films, it’s hard to process. The little kid inside of you certainly is ecstatic and validated. [Cameron is] not wrong in saying there’s hope. There’s certainly always hope. We have to look to ourselves to provide the right kind of entertainment to get people to come out of the house. It’s more competitive than it’s ever been. I think [audiences] want new and interesting concepts. They want it presented in a way that feels spectacular and worthy of walking out the door and sitting in a theater. They want a communal experience. I think Endgame was reflective of that as a communal experience that you couldn’t get in your house: the screaming and the cheering and the communal crying and the communal laughter. That’s why people go to the theater. There’s all different kinds of movies that can provide that. We have to work harder to provide that, to earn their trust and respect.

Endgame is nominated for a visual effects Oscar, and Joker surprised by leading the nominations. Have you had a chance to see Joker yet?

I just saw it recently. Unfortunately I was shooting almost the entire time the movie was out. I loved it. I thought it was a beautiful piece of filmmaking. It was a very tragic, very modern story and really representative of existential isolation and the crisis a lot of people are feeling. The moment in it when he’s on the talk show, where it’s the idea of everyone in the world right now grabbing their megaphones and trying to shout each other down, and he’s reacting against that. It’s certainly a dark movie and a disturbing movie with a very important message to it. We’re ecstatic that it’s being recognized. It broke through the stigma that seems to be against these films, certainly at the Academy.

Marvel’s Kevin Feige is developing a Star Wars movie. What excites you most about that?

Star Wars is Kevin’s first and true love. He’s a man who has a very, very large basement filled with enough Star Wars paraphernalia to fill a museum. Whatever he does with it is going to be passionate, emotional and unique.

One last Endgame question: fans are convinced Captain Marvel tells Thor “I have telepathy” in Endgame. Is there any truth to that?

(Laughs.) No. There’s no truth to that whatsoever. We buried a lot of Easter eggs in these films over the years, but that was not one that we buried.