Continue to The Hollywood Reporter SKIP AD
You will be redirected back to your article in seconds
Skip to main content
January 22, 2020 3:01am

Joe Shishido, the leading man whose chubby cheeks and swaggering sense of cool brought an unforgettable X-factor to some of Japan’s most influential yakuza cinema, has died. He was 86.

Shishido was found dead at his home in Tokyo’s Setagaya district Tuesday morning, Japan’s national broadcaster NHK reported. Police said he had been suffering from an unspecified illness.

Known affectionately as “Joe the Ace” (?su no J?) at home in Japan, Shishido was an icon of the country’s relentlessly eclectic post-war entertainment landscape, with some 300 film credits to his name and nearly as many performances for television. But it was his work with the great avant-garde B-movie auteur Seijun Suzuki, over a period of several years in the 1960s, that ultimately formed the core of his far-reaching international legacy.

In now-classic yakuza flicks like Youth of the Beast (1963) and Branded to Kill (1967), Shishido starred as the charismatic but world-weary outsider around which Suzuki’s nihilistic and visually audacious storytelling turned. Satirical in tone, semi-plotless and boldly experimental — for just a taste of Branded to Kill‘s peculiarity, for example: Shishido stars as Goro Hanada, a contract hitman with a strange sexual fetish for freshly cooked rice who’s forced to go on the run after he accepts a high-risk assignment for a femme fatale and accidentally shoots the wrong man when a butterfly alights on the barrel of his sniper rifle at precisely the wrong moment — such projects attracted a passionate fan base among Japan’s post-war youth but were considered beyond the pale by studio executives. Branded to Kill famously resulted in Suzuki’s firing from Tokyo-based studio Nikkatsu Company; the pair’s partnership then went on a decade-long hiatus until A Tale of Sorrow and Sadness (1977).

Shishido and Suzuki were largely overlooked outside of Japan until a series of retrospectives and home video releases in the 1980s brought a shower of belated international acclaim. Filmmakers such as John Woo, Quentin Tarantino, Park Chan-wook and Wong Kar Wai have all cited Branded to Kill as a formative influence. Jim Jarmusch once affectionately described it as “probably the strangest and most perverse hit man story in cinema.”

Shishido was born in Osaka, Japan in 1933, the third child of five in a well-to-do family of merchants. He spent his school days in the Japanese capital until the family’s home was destroyed by the catastrophic Allied fire bombing of Tokyo in 1944. Like the many millions displaced by the war, the Shishidos were taken in by relatives in Japan’s northern Miyagi Prefecture, where Joe Shishido finished high school. He then enrolled in the theater department at Nihon University. But he dropped out in his second year upon the arrival of his big break: In 1954, he was selected from a pool of over 8,000 applicants as one of the 21 winners of Nikkatsu Company’s “New Face” talent contest.

Under contract for Nikkatsu, Shishido would go on to appear in 170 of the studio’s films, typically starring as the marquee hero or villain of its genre specialty: yakuza action flicks.

During his early years at the studio, however, executives tried to shape his image into that of a romantic lead — to limited success. He was once asked to consider changing his name because a well-known work of classic Japanese literature featured a samurai villain named Shishido — an association executives felt was interfering with the cultivation of his heartthrob persona.

As Shishido continued to struggle to land starring parts, an aspect of his “blandly handsome” looks also came under scrutiny. He explained the story of his transformation in an interview later featured in the Criterion Collection edition of Branded to Kill.

“If you fattened up a bit, you’d get leading roles right away — everybody kept telling me that,” he said. “My cheeks were so hollow, and with hollow cheeks, I couldn’t play dashing leading men.”

“They told me at the studio, ‘How about putting something in there?'”

“But being the contrary kind of guy,” Shisedo explained, “when I heard him say that I said, ‘OK, let’s do it.'”

Shishido underwent augmentation surgery in 1957 to heighten his cheekbones. Remarkably, the strategy worked: His career took off and the new look — alternately described as “chipmunk-like” or ruggedly handsome — became his trademark.

In 1958, he landed a prominent part in his first film with Suzuki, murder mystery thriller Voice Without a Shadow; his first starring role came in 1961 in Buichi Saitô’s buddy comedy Dirty Work. Later that year he finally won national acclaim — as well as his lifelong nickname of “Joe the Ace”— thanks to his eponymous part in Fast-Draw Guy, an “Eastern Western” in which he played the “third-fastest draw in the world — just 0.65 seconds.” He reprised the role in a sequel and encouraged the nickname with his dapper Western fashion sense and avowed passion for card playing.

Following the creatively fertile period with Suzuki, Shishido broke with Nikkatsu in 1971 as the studio’s signature action filmmaking was beginning to lose commercial favor. He gave several late career performances in prominent yakuza pictures — Kinji Fukasaku’s Battles Without Honor and Humanity: Final Episode (1974) and New Battles Without Honor and Humanity (1974) — before mostly giving up the genre for television work and varied character parts throughout the 1980s and ’90s.

In 2001, Shishido had his surgical procedure reversed, saying that the prominent cheekbones lent him an unnaturally youthful look and that returning to his natural appearance would allow him to prolong his career. He was right again. Shishido remained a familiar presence in Japanese entertainment thanks to semi-regular guest appearances on variety shows and supporting roles on film. He last performance as a film actor — coming 57 years after his first — was in director Masaki Hamamoto’s apocalyptic political drama The Final Judgement.

Joe Shishido is survived by his daughter, Fumie Shishido, and his son, Kai Shishido, who is a relatively well-known working actor in Tokyo. 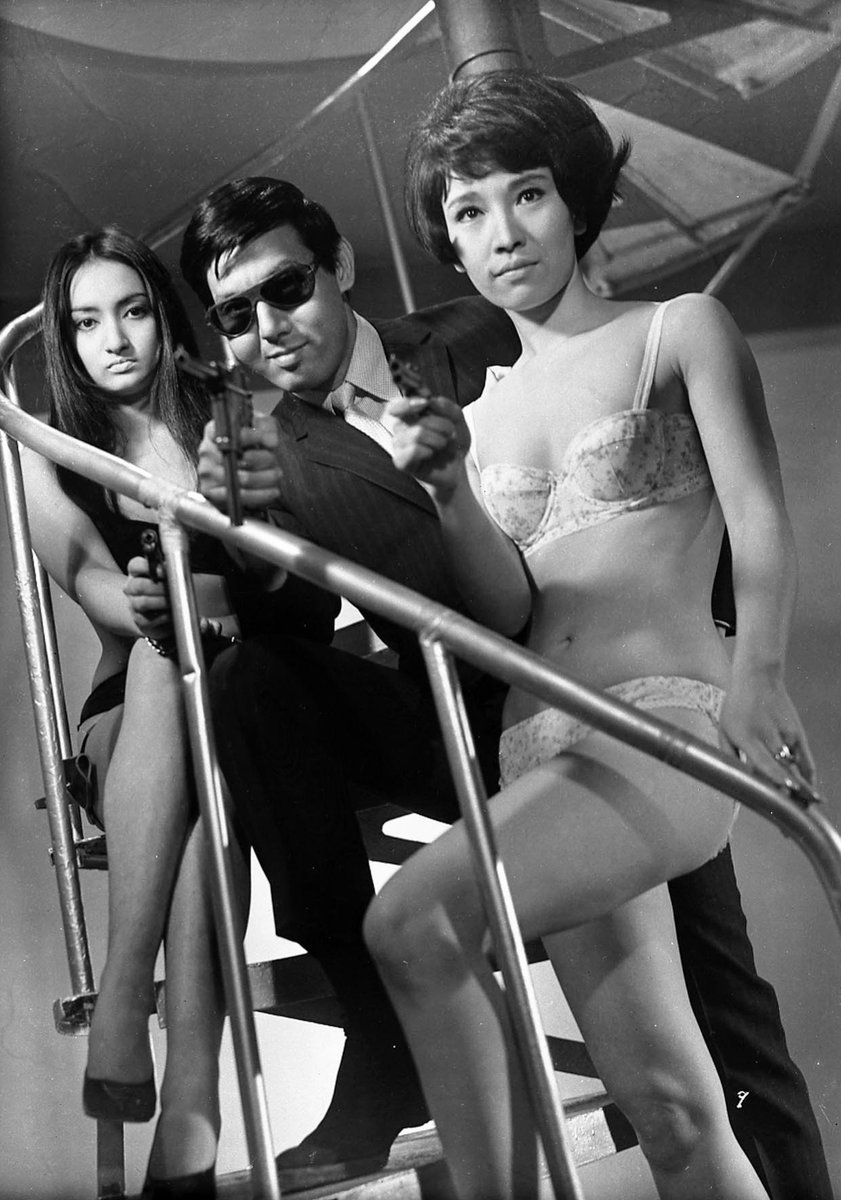