[This story contains spoilers for Joker.]

When the Farrelly brothers released There’s Something About Mary in 1998, controversy raged regarding the film’s humor aimed at those with physical and mental disabilities. In the years since, few filmmakers have chosen to use disability as part of a comedic storyline (Ben Stiller’s Tropic Thunder character Simple Jack is one exception), and portrayals of disability have remained mired in the realm of inspirational dramatic fare, reminding audiences that disability is strictly a serious topic. But that attitude has also stifled conversations about how disabled tropes work (or don’t) within other genres and where humor should (or should not) be derived from those living with disabilities. Filmmaker Todd Phillips dives head-first into these waters with Joker, a story of a mentally ill man masquerading as a supervillain played by Joaquin Phoenix.

In Joker’s examination of mental illness, Phillips utilizes several tropes commonly identified with mainstream depictions of disability to tell his story. Phoenix’s Arthur Fleck suffers from Pseudobulbar affect, or emotional incontinence, described as a person’s inability to control their emotions. Arthur breaks out into fits of spontaneous laughter, necessitating the use of a card he presents to people to explain his disorder. Though the diagnosis is legitimate, the movie portrays it as a part of Arthur’s deteriorating mental state, and those who witness his emotional spasms are perceived as either violent (a gang of men who beat him up on the subway) or unfeeling (a woman who demands he stop “bothering” her child). These moments present Fleck as a loner isolated from friends and lovers because of his mental disability, so when he eventually snaps it is the result of an uncaring world.

Comic book stories and their subsequent film adaptations have often combined disability and villainy in one. In this case, Fleck is a villain because he is disabled and being disabled makes him a villain.

Arthur’s issues are more commonly associated with physically disabled villains like Samuel L. Jackson’s Mr. Glass in Unbreakable. Phillips uses common associations with the physically disabled, perhaps to avoid stigmatizing mental illness, but he ends up stereotyping both. Arthur’s anger comes from being less-than, from being broken, in comparison to the able-bodied (and mentally sound) who don’t accept him. More dangerously, the film uses disability as a get-out-of-jail-free card for Arthur’s action. This reiterates the belief that a disability automatically renders someone innocent, or prevents them from understanding the impact and consequences of their actions.

It’s unfortunate that Phillips falls back on these tropes as it overshadows valid critiques on disability culture he wants to make. Arthur visits a social worker as part of an unspecified program only to be told the government has cut funding and there are no discernible means to get him his medication. Healthcare coverage, the rising cost of prescription medication, and funding of social programs directly impact those with physical and mental disabilities in the real world, and that is worth showcasing. But the movie only raises this issue up to cite it as a contributing factor for Arthur’s eventual derangement.

The movie wants to pin Arthur’s disabilities on society as a whole. Arthur says, “The worst part of having a mental illness is people expect you to behave as if you don’t.” It’s a poignant moment, especially for those with invisible disabilities; the belief that one doesn’t look disabled and thus should try to pass as such. The problem is filtering this through the movie’s usage of physically disabled tropes. Once again, Arthur’s actions are perceived as the problem of other people. If others stopped giving Arthur guff for his outbursts, he’d manage them better. Personal responsibility is negated by societal unacceptance. 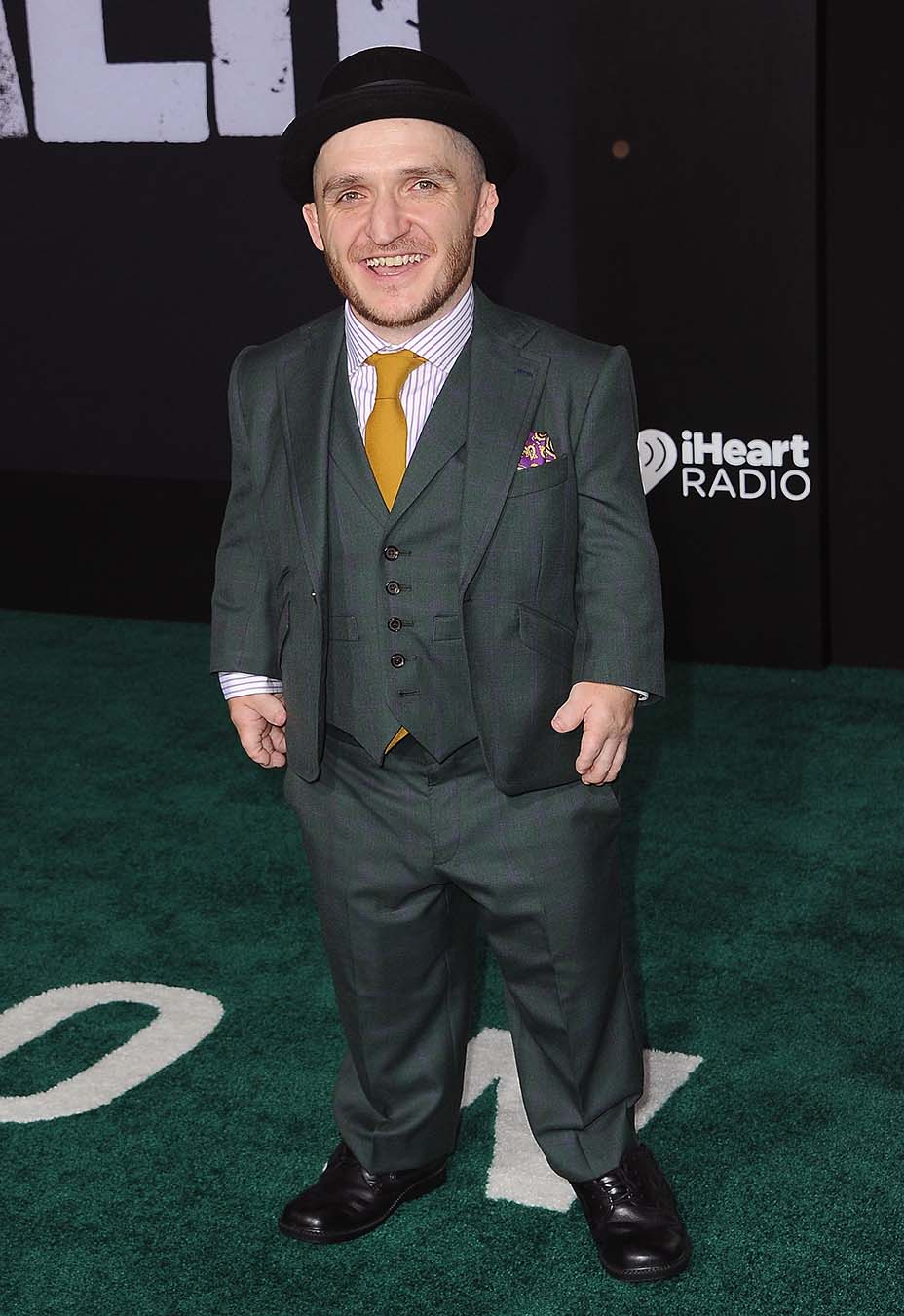 What’s worse is how the movie actually does portray physical disabilities as a foil for Arthur’s mental disabilities. One of Arthur’s friends at his job is a little person named Gary (Leigh Gill). Gary is openly mocked and belittled by another of Arthur’s quasi-friends, Randall (Glenn Fleshler). Arthur’s disability, being invisible, is generally ignored or unknown by those who encounter him, making him a target for violence. And yet Gary, who can’t hide his disability, is openly humiliated with no one coming to his defense.

This comes to a head when Randall and Gary visit Arthur. Arthur proceeds to murder Randall. Gary, terrified beyond all imagining, runs to the door only to find he can’t reach the lock. Watching this as a disabled person was highly frightening, not only because people with disabilities are three times more likely to have violence committed against them than able-bodied people, but because housing remains so inaccessible today. Locks and stairs remain common barriers to those with disabilities in mundane situations, let alone fearful ones like those exhibited in Joker.

This scene showed how Phillips derives humor at the expense of the disabled person himself. At a recent screening I attended, the audience laughed as Gary ran to the door, jumping in the hopes of reaching the lock. When I asked a few people why they found the scene humorous, they cited it as ironic that Gary would die because of something so arbitrary as a lock. To them, accessibility concerns are nothing but a sad bit of reality Phillips wants to touch on and make light of.

Let’s contrast that with the humor involved in another movie with disabled characters, the aforementioned There’s Something About Mary. In that film, the humor is always aimed at the able-bodied characters, who either see the disabled as someone to pity or impress. When Ben Stiller’s Ted is thrown around by the disabled Warren (W. Earl Brown), the audience isn’t laughing at Warren; the audience is laughing at Ted (Ben Stiller). The camera and the joke are always on the able-bodied person. Even the seemingly disabled Tucker (Lee Evans) is later found out to be faking his cerebral palsy and thus his actions are played up as how he thinks a person with CP acts. 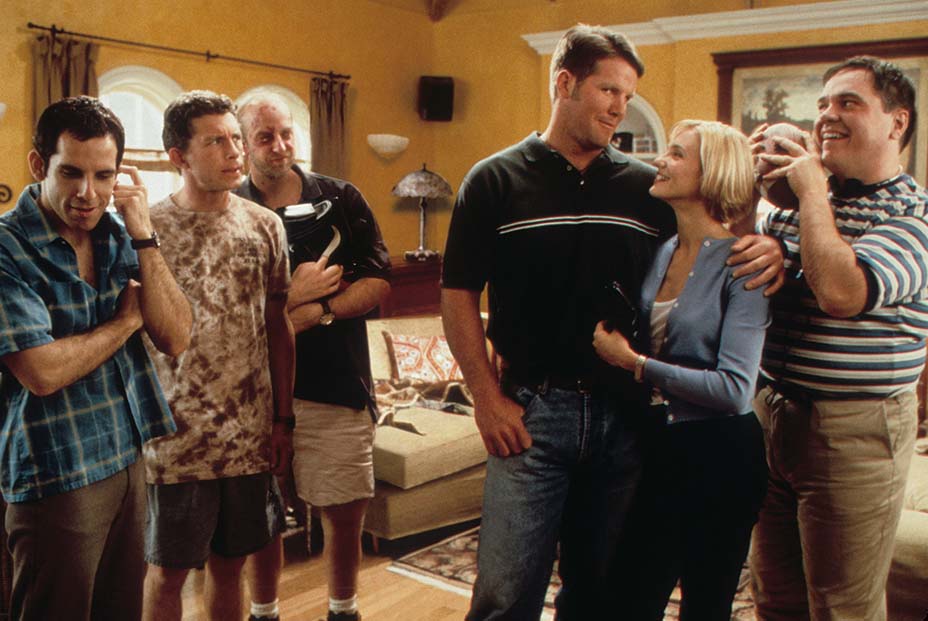 In Joker, the joke is Gary himself. Gary is funny because he’s so short he can’t reach the lock. Gary’s fear is rendered a punchline and it is only through Arthur’s benevolence that the man is allowed to leave the apartment with his life. Gary has no agency in whether he lives or dies; Arthur believes Gary has done right by him and lets him go. This is another common trope in disability cinema, the “broken like me” stereotype wherein a person who believes they’re damaged, either rightfully or not, identifies with someone who is actually disabled (2017’s The Greatest Showman is a prime example). The disabled person in these instances is often benevolent, or at least kind to the able-bodied person, and is seen as an equal when each person comes from a completely different bracket of disabled experience. Arthur believes Gary is kind to him because he’s a good person and he’s disabled. He sees Gary as the same as him even though, as the lock scene showcases, they have two totally different ways of experiencing life. What is meant to be a scene of equality only shows how ableist tropes undermine actual disability concerns.

If any good can be derived from Joker’s haphazard portrayal of disability, it would be to reinvigorate the conversation about where the line is, or if one should exist, regarding disabled portrayal in cinema. In a landscape where disability remains one of serious drama and awards consideration, with characters played by able-bodied actors, Joker gives a lot of food for thought — the problem is who the joke is on.

Kristen Lopez is a freelance pop culture writer. You can find her on Twitter @Journeys_Film.