Josip Elic, the familiar character actor who carried Jack Nicholson on his shoulders in One Flew Over the Cuckoo’s Nest, has died. He was 98.

A burly 6-foot-3 native of Montana, Elic also played a restaurant violinist who gets a bottle of champagne poured down his pants by Zero Mostel in Mel Brooks’ The Producers (1967) and appeared in Pocketful of Miracles (1961), starring Bette Davis and Glenn Ford.

On The Twilight Zone, he portrayed an officer in a future totalitarian state in the 1961 episode “The Obsolete Man” that starred Burgess Meredith, then returned a year later as a bomb-shelter electrician working for a revenge-seeking millionaire (Joseph Wiseman) in “One More Pallbearer.”

In Milos Forman’s Oscar best picture winner One Flew Over the Cuckoo’s Nest (1975), Elic played Bancini, a confused patient at the Oregon psychiatric hospital who says little — “My lines were, ‘I don’t know,'” he noted in a 2015 interview — and gives Nicholson’s R.P. McMurphy a ride on a basketball court. The scene was ad-libbed.

“I’m sitting down there on the bench watching them play basketball, and all of a sudden somebody is on my shoulders with their legs over my shoulders and over my head,” he told the North Jersey Record in December. “It was Jack Nicholson. I got up and said, ‘I’ll play the game with him,’ and I started playing basketball. He had thighs like you wouldn’t believe. Holy crap.” 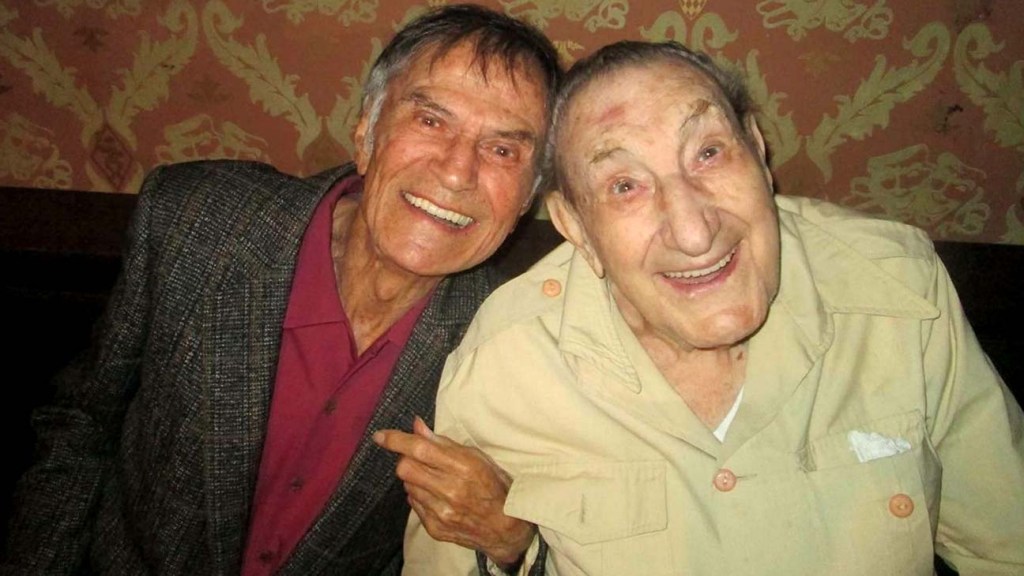 Born Joseph Elich Jr. on March 10, 1921, in Butte, his parents, Joseph and Martha, were immigrants from Croatia. After working in a copper mine and serving in the U.S. Navy, he attended acting school in New York City on the G.I. Bill and appeared in an off-Broadway production of Threepenny Opera in 1954.

After he fell while living alone in his New York apartment, Elic spent more than a year in the home of actress Lee Meredith (she played the sexy Ulla in The Producers) and her husband, Bert, before recently moving to an assisted-living residence, according to the Record.

Survivors include his sister, Helen.