Is Joss Whedon throwing shade at his own movie?

The tweets are from Vanity Fair senior writer Joanna Robinson, who shared photos of Steppenwolf and Thor: The Dark World villian Malekith, writing “#JusticeLeague’s Steppenwolf is the worst comic book movie villain of all time and not even Malekith the Accursed comes close.”

Whedon liked that tweet, as well as a few follow-up tweets from Robinson, including one in which she shared photos of some of what she considers the best superhero movie villains of all time, including Heath Ledger’s Joker, Tom Hiddleston’s Loki, Terence Stamp’s Zod and Ian McKellen’s Magneto.

DC vs. Marvel: Why the Rivalry Is Bigger than 'Justice League'

A Twitter user then responded to Robinson’s tweets, saying that Steppenwolf is reminiscent of Tim Curry in 1985’s Legend, to which Robinson replied, “Me too and that only made it worse because Tim Curry is the BUSINESS in Legend.” (Whedon liked that tweet as well.)

Of course, likes and retweets are not necessarily considered endorsements, but fans are taking the likes as Whedon agreeing with the criticism of the villain and have tweeted their displeasure back at him.

Whedon shares a Justice League writing credit on the film with Chris Terrio, and he took over directing duties in May from Zack Snyder, who stepped down following a family tragedy. Whedon saw the film through extensive reshoots as well as postproduction.

The likes came as Warner Bros.’ Justice League hits theaters Friday, where it’s expected to make $110 million despite very mixed reviews. (It holds a 43 percent score on Rotten Tomatoes). Whedon also has a Batgirl movie in the works at Warner Bros.

While Whedon’s likes are a much more tame example, the situation is somewhat reminiscent of when Fantastic Four director Josh Trank tweeted (and deleted) criticism of Fox the day before his film opened in August 2015, blaming the studio for poor reviews. 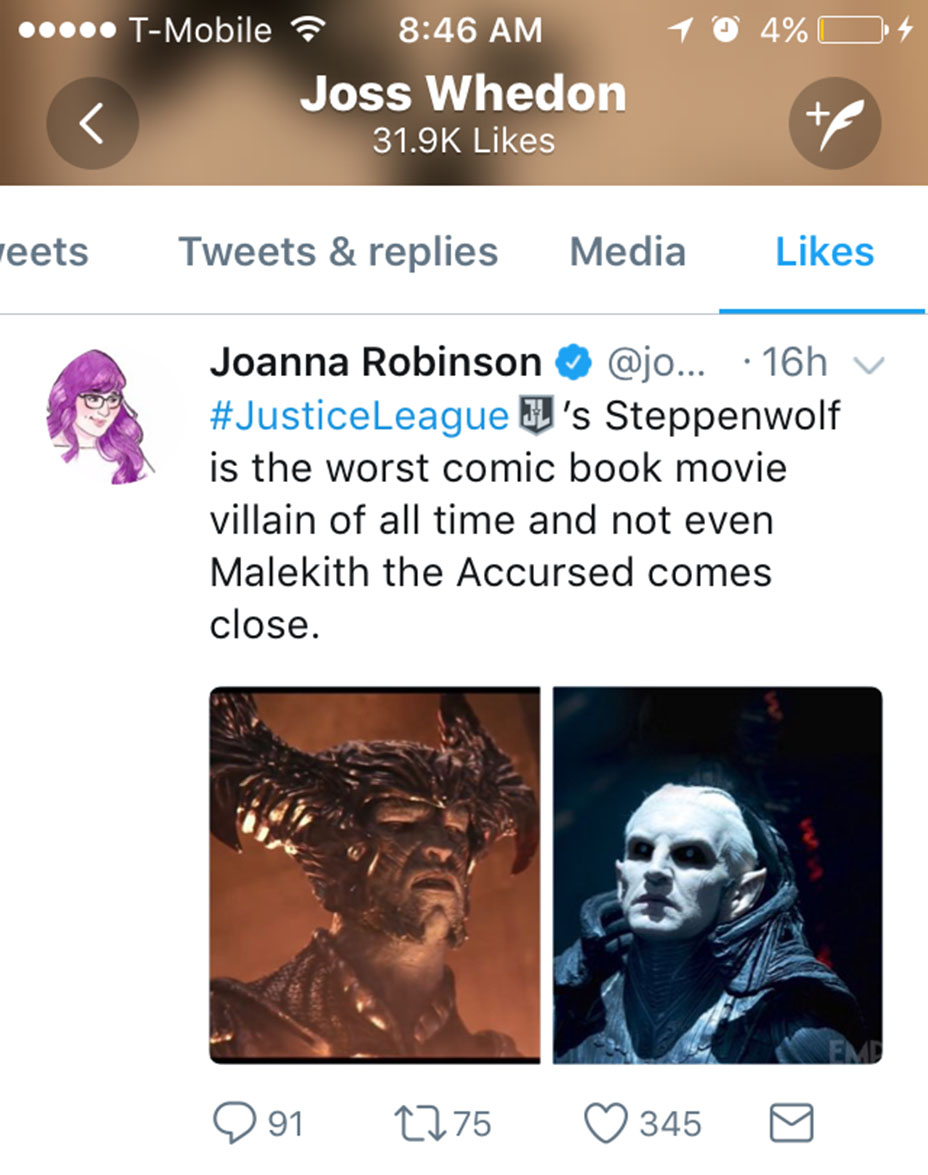 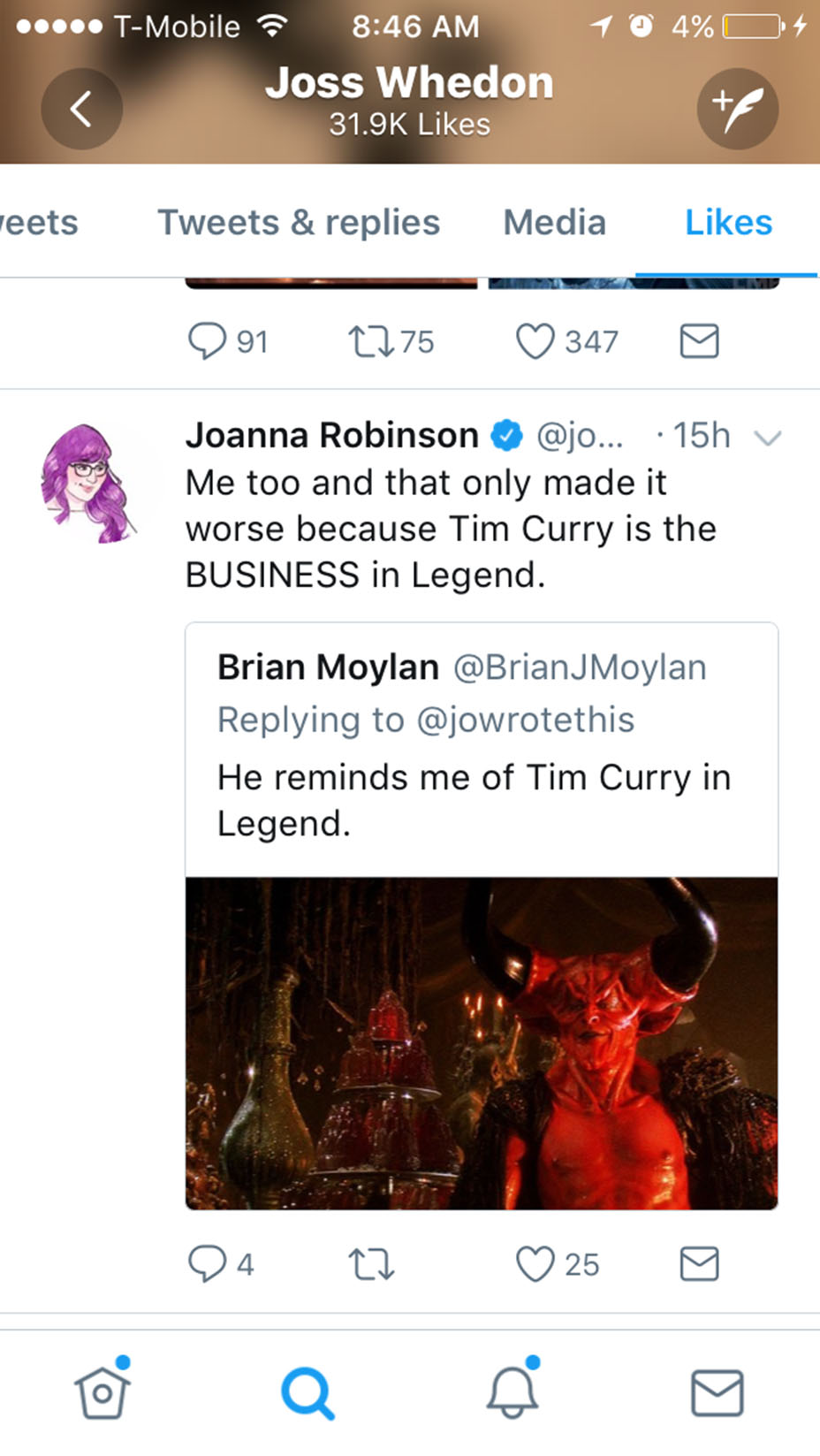