An adventure for those who seek to find a way to leave their world behind. Say it again. Alright, alright say it thrice. Now one more time.

The movie line that was first uttered on the big screen in the 1995 Robin Williams classic, Jumanji means a lot. Think about it.

It’s a line that encourages adventure. It encourages escape. It inspires you to break from your everyday norm. This can be a vacation. Maybe a road trip. It might be reconnecting with an old friend. Even better, what about playing hooky one day from work? It can even be way more literal where you, in fact, take a walk on the wild side—namely a trip to the jungle.

And if you can’t make it to the actual jungle (if you do, you’re clearly a badass) what about the next best thing? The Jumanji: Welcome to the Jungle 60out Escape Room in Los Angeles.

The film, starring Dwayne Johnson, Kevin Hart, Jack Black, Nick Jonas and Karen Gillan, is like a free trip down memory lane. It’s packed with nostalgia. It shows you what it’s like to be a kid again. And most importantly it reminds you to embrace who you are.

I watched this film twice in theaters after it opened in December, and most recently saw it a third thanks to its digital release. So when I was invited to try out the 60out Escape Room, which is inspired by the film in partnership with Sony Pictures Entertainment — I couldn’t think of a better way to celebrate what this movie has meant to me.

To start, you should go with a group of friends because one thing you’ll be reminded of that you may forget in your day-to-day routine: life is all about teamwork. It’s something you were taught growing up, but maybe an ideal that was completely thrown out the window for you when you considered yourself grown.

Video teaser created by Tatyana Kim for 60out.

Throughout this hour-plus long adventure, you work with your team to unlock clues and solve puzzles in the hopes of making the great escape. Each team member will have their own strengths, and as you will soon discover, team work makes the dream work.

And the current dream inside this escape room is the feeling you’ve been warped inside a video game, just like the film’s characters, because the production value is on point.

Throughout each puzzle you start to forget about any stress you had before entering the Escape Room. Instead, your focus is on solving each road block and sharing a few laughs with friends along the way. (Disclaimer: don’t scream obnoxiously with excitement every time you solve a puzzle; it may startle your group.) That wasn’t me who did that, I swear.

Also during your time in the Escape Room, you’ll get to pick characters from the film. This is key: don’t get stuck as the guy whose skill is just reading maps. Always be The Rock’s character, Smolder Bravestone. If you’re stuck being someone else, it may kill your mood for just a sec. Similar to when you were a kid and had to read a character you didn’t like from a book.

Alright, now we’re almost at the finish line and you’ve almost escaped — and without spoiling the ending, there will be something you’ve needed this entire time in order to make it out.

I won’t tell you what it is, but the kid in you should remember and so should the friends you’ve brought on this adventure with you.

Jumanji: Welcome to the Jungle is now available on Digital HD and its DVD and Blu-ray release date is March 20. The 60out Escape room (7270 Melrose Ave.) will be open to the public on March 29 with bookings starting on March 20. 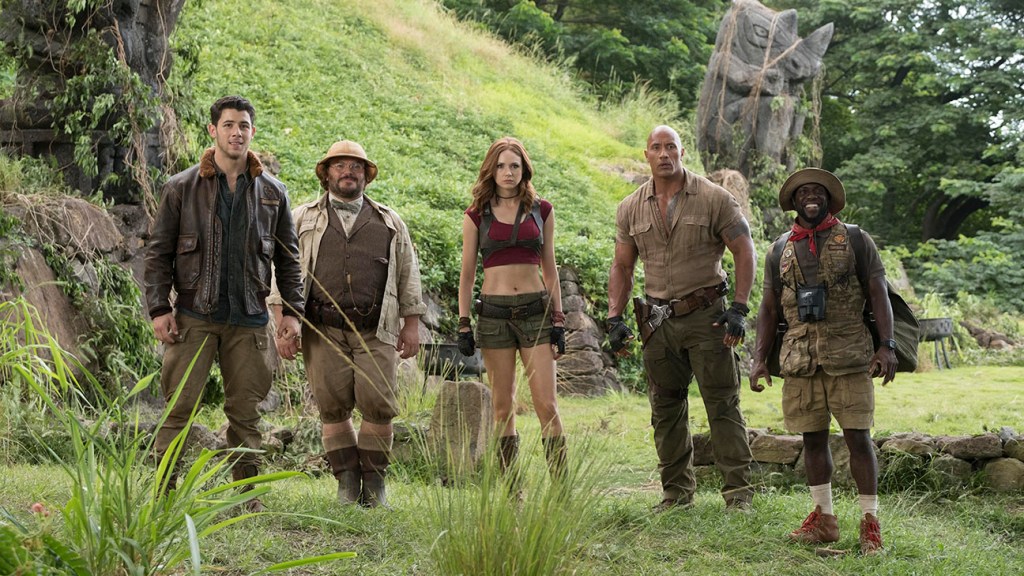