“An adventure for those who seek to find a way to leave their world behind.” The famous line from the 1995 Robin Williams classic, Jumanji may as well have been Sony’s slogan for its Jumanji: Welcome to the Jungle premiere in Hollywood on Monday night.

The studio recreated an adventure similar to that in the film for every fan in attendance. “It’s all about the fans really,” Gillan told The Hollywood Reporter, adding, “You see them out there screaming and you realize that when you make these films, it’s exciting for you on a selfish level, but really all that matters is the audience watching.”

As roaring fans lined up on Hollywood Boulevard screaming for selfies and begging for a seat inside the premiere, it was clear that almost everyone wanted a ticket to the jungle. 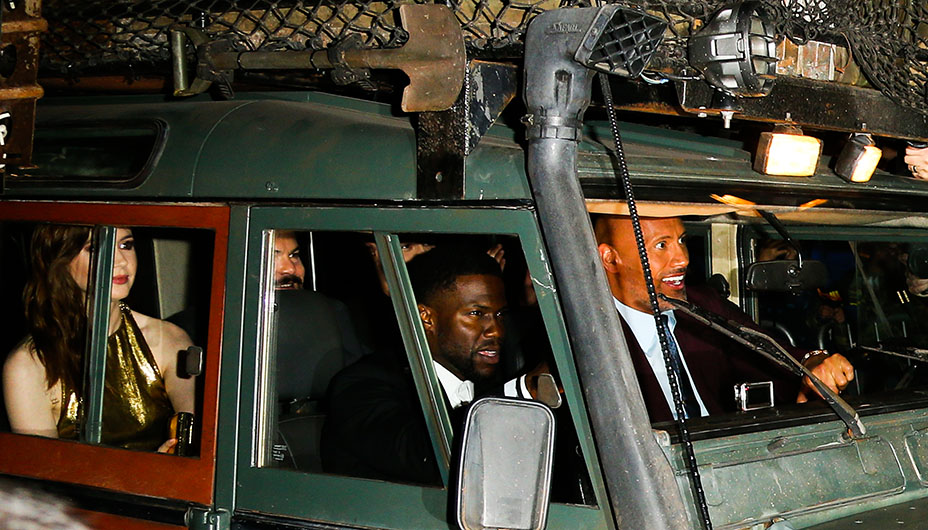 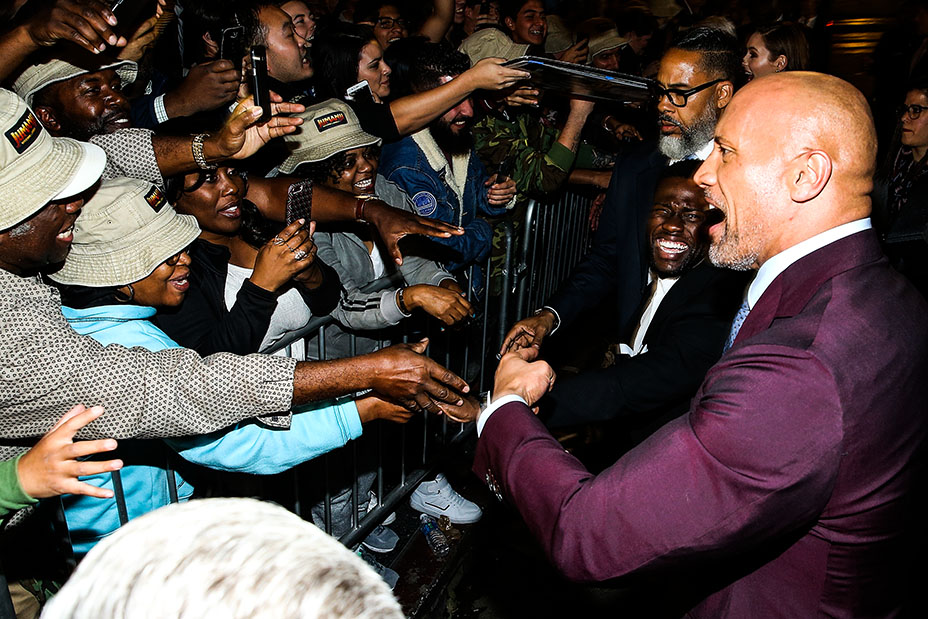 In the film, teenagers are sucked into a video game and take over characters, including one played by Johnson. As for Jumanji: Welcome to the Jungle‘s cast and crew, they all had one person in mind for who they’d want to inhabit: The Rock.

Jonas, who brought his brother and DNCE lead singer Joe Jonas as his plus-one, joked to THR, “Being as strong as Dwayne for the day would be exciting. I would just lift shit all the time, just pick it up and throw it around. It’d be amazing to be that big.” 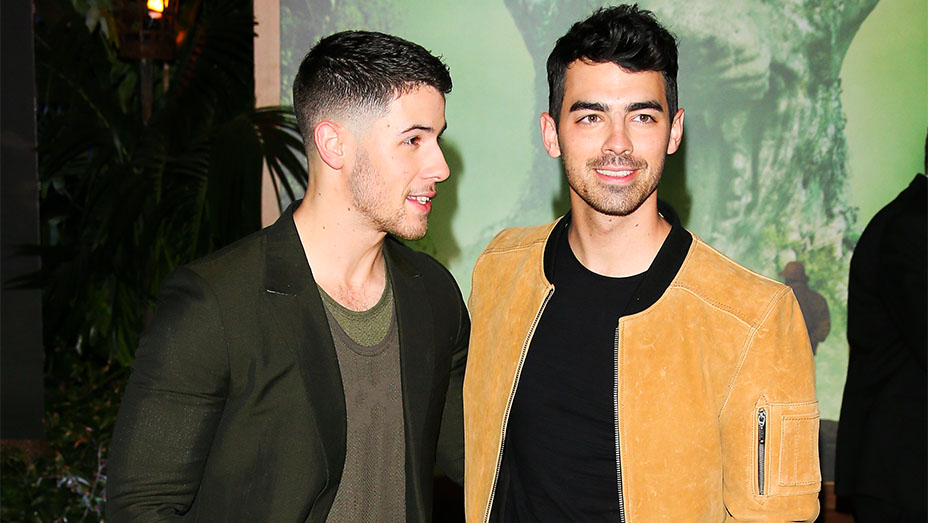 Alex Wolff, whose character actually does enter the body of Johnson in the film, had his own idea of what it’d be like to be the actor for a day: “I’d pull down my pants and see what’s going on. I’d kick somebody’s ass and just look in the mirror and just smolder.”

Said co-star Ser’Darius Blain: “In the movie, I originally thought I was going to be switching bodies with The Rock, so I’d like to switch with him and see what it’s like to be the sexiest man alive just for one day. I would take out all my money from the bank and go nuts.” 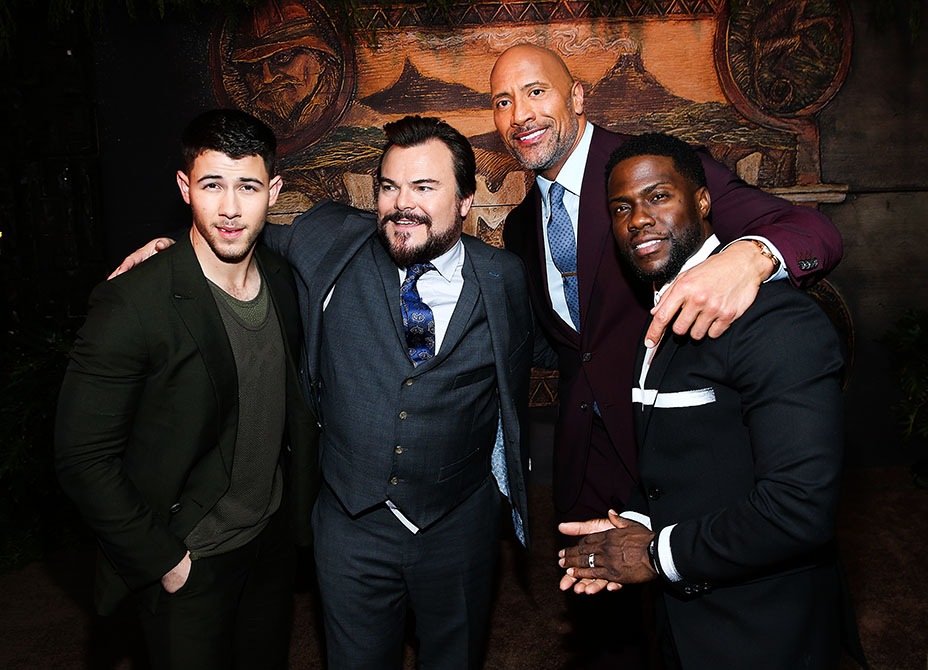 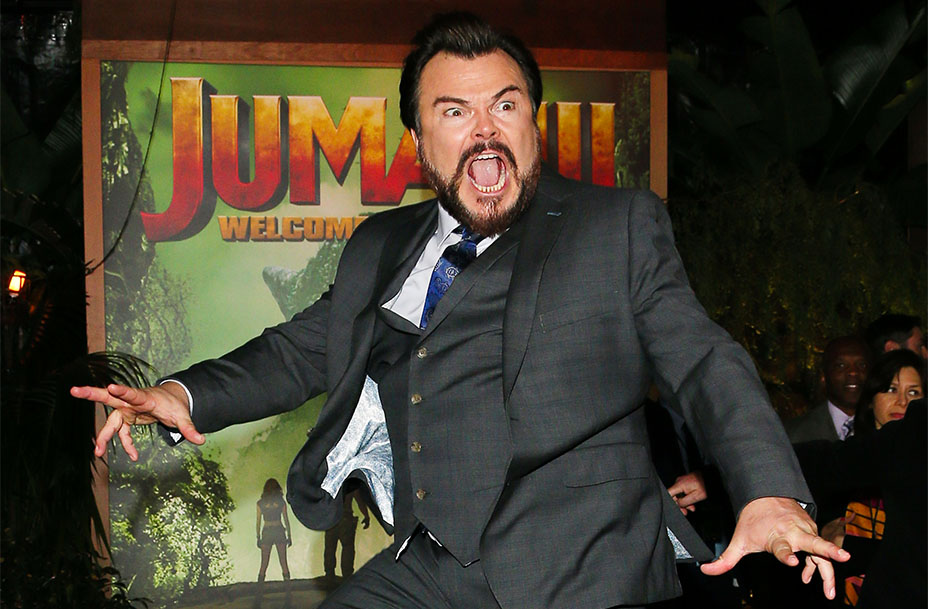 As for Hart, he’d be anyone but Johnson. In fact, he’d rather just be himself. “I would go with Kevin Hart. He’s a nice guy,” said Hart. “Everyone else in the cast besides Nick Jonas, Karen and Jack Black are assholes. So Karen, Nick Jonas, Jack Black, myself, we’re the only nice ones. Everybody else in the cast are assholes. I don’t know who’s left over, but you do the math.”

Johnson did have a comeback for his comedic rival: “I would switch bodies with my best friend Kevin Hart. I really would. He works out hard, he’s ambitious, he loves his family, loves his kids. And then I would kill myself.”